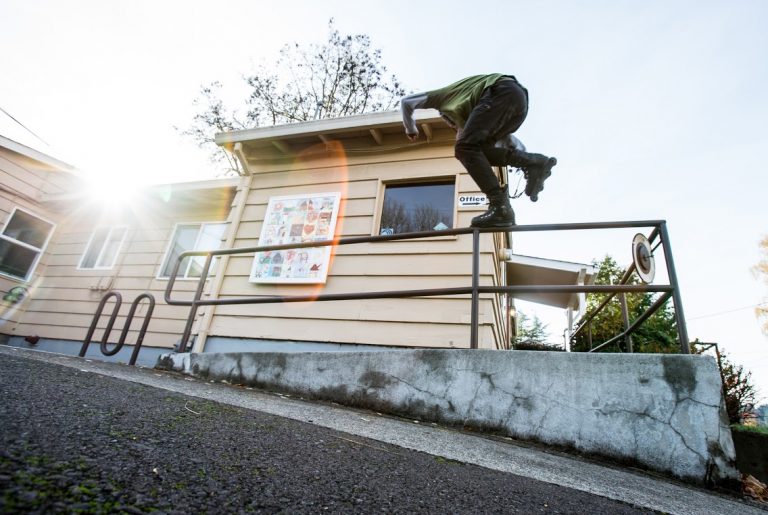 With a career spanning over a decade, Jeph Howard has without a doubt put in his dues with the blade world. Turning pro for Razors in 2013, Howard has continued to produce high quality blade content regardless of location. With a recent surgery that sidelined him work-wise, a child on the way, and a VOD ready for release, we sat down with Jeph to discuss his past, present and future.

It happened around 2.5 years ago. My wife Lauren and I decided we wanted to kinda get away and start something new for ourselves since we had just got married a year prior. I knew a few homies out here in the NW and one of Laurens best friends lives out here as well. As for how the life is out here compared to back in Minnesota; very different.

Lots of things that drive me nuts about living out here and a lot of really great things as well. I have had a good amount of health complications for awhile now, and looking back, I feel it was a good way of dealing with that. It has been such a huge learning experience; really being away from friends and family who were constantly there for whatever it may be, they’re not there and we really have had to figure that all out for ourselves. It’s crazy how much you don’t know about something till you are basically forced to learn about out of your comfort zone. Moving far away from what you’re use to is so eye opening. A lot of good and a lot of bad has come out of this move. Most of all though I have such a strong and supportive wife that I probably would have lost my shit a little while back.

Who’ve you been skating with there? How’s the scene?

The scene out here is very different than most the scenes I’ve skated with or met. There kind of is one. People get together from time to time, but I feel Portland is such a melting pot that it just kind of doesn’t allow for a strong crew build. That’s kind of my take on the scene here. A lot of really nice, great dudes have moved out here, moved back, and a good amount have stayed; to be honest I don’t really skate with anyone other then random times or when I get together with the Chance of Rain boys. Getting together with them is what I crave!

All of us have such a good time when were out skating. For myself when I am with them it’s as simple as being a kid with your homies from your town just filming and dicking around. I am grateful to be apart of that crew. It’s not really all that hard to get together with them with Seattle only being 3 hours away as well. But as a whole, the NW has a lot of skaters and it’s cool when we all do get together, but since a lot of us are older, I feel like a crew is something that forms over time. And when were all older and most have careers, to go out of your way to form some bond just feels forced, along with having social anxiety, I have to be in the right place mentally to even go out with people I don’t know, so there is that whole thing as well haha.

You’re wrapping this VOD now, can you tell me a bit about it? How did it come to fruition? Who was responsible for filming?

It started the day after the Chance of Rain 2 premiere. We had went out the next day and started filming for the Third installment. Carter Leblanc has been the main filmer along with all the other boys helping out as well. We all basically just started filming for the third and I had already stacked quite a few clips and I had no plan on slowing down. We had a very mild winter and it allowed for us to have such a productive season. I don’t like sitting on footage for to long and I had basically filmed an entire section at this point, so instead of having an insane amount of footage for COR3, Carter and I came up with a plan. Lets dumb it. I was feeling pretty damn fired up from filming the last video and summer, and was skating like I was 20 again. Did tricks I thought I would never do again and tricks I have never done ever before. I am really pumped for people to see this one.

Is there anything you keep in mind while making sections? Like, do you think to yourself, “alright, I did this in my last section, or I did a lot of this, or I didn’t do much of that”, sort of thing? Or do you just let your sections sort of come to fruition naturally?

Absolutely! I have a photo folder on my phone of every single spot I pass on the road or when I am out spot hunting, or even as a marker for where something might be. I hunt on google maps and all over the internet and other sources to find things, thats just for spots, haha. I definitely keep score of what tricks I’ve done and haven’t done. I find so much pleasure in lines, so I am always doing what I can to make a line of any spot. Typically I let the section start organically and maybe have a few spots or tricks in mind, but once it starts to take a form I then start to analyze what I would like the rest of the piece to look like. I really try to put together some sort of theme if I am able to, whether it be my section or something I am making, but it also needs to kind of happen naturally on its own, but I feel like that happens anyways.

You’re pro for Razors…how long has it been now? Do you have any other duties with the company other than being a rider?

Around 7 years, but have skates for them for a long time. I am always trying to help in what ever ways I can. I really enjoy filming and making things as well, so I have contributed in that way to help try and plan trips and ‘lil tours. 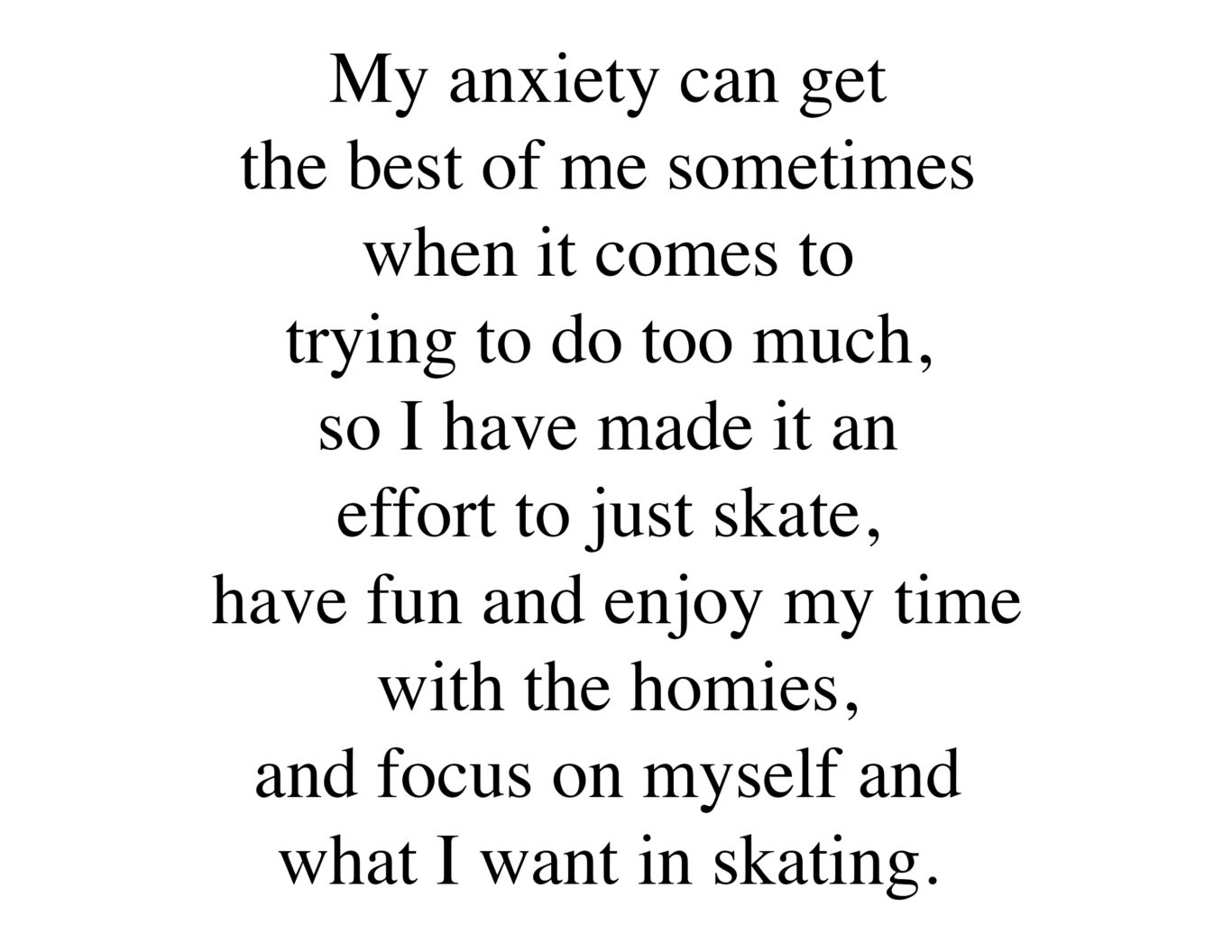 I have made an effort in making sure I am staying in touch with whats going on with the company, but as of lately with the way skating is, I have decided to focus on just skating. My anxiety can get the best of me sometimes when it comes to trying to do too much, so I have made it an effort to just skate, have fun and enjoy my time with the homies, and focus on myself and what I want in skating.

With that last question in mind, do you have any interest in the business aspect of blading?

Not really, I have been trying to stay in-tune with all that over the years and I just want to skate. I don’t know enough about the actual business side of things to try and get involved in all that. When I start to look into doing things I can get very overwhelmed. I have my Taped Raw video stuff, but that is just for myself and to make things with my friends, but even that sometimes gets to be a ‘lil hard. Who knows though, maybe I will do something for skating in the future. I have plans for my future and I hope to incorporate an aspect skating into that, but thats way down the road.

Where do you find inspiration for skating? Like, for me, I’ve really been loving these minute manuevers I see people doing, whether it be a double leg push, or maybe doing a quick bonk off of a ledge right after a grind….I guess what I am getting at is, there seems to be a lot of more content available for one to be inspired by….what platform do you utilize for that, if any? 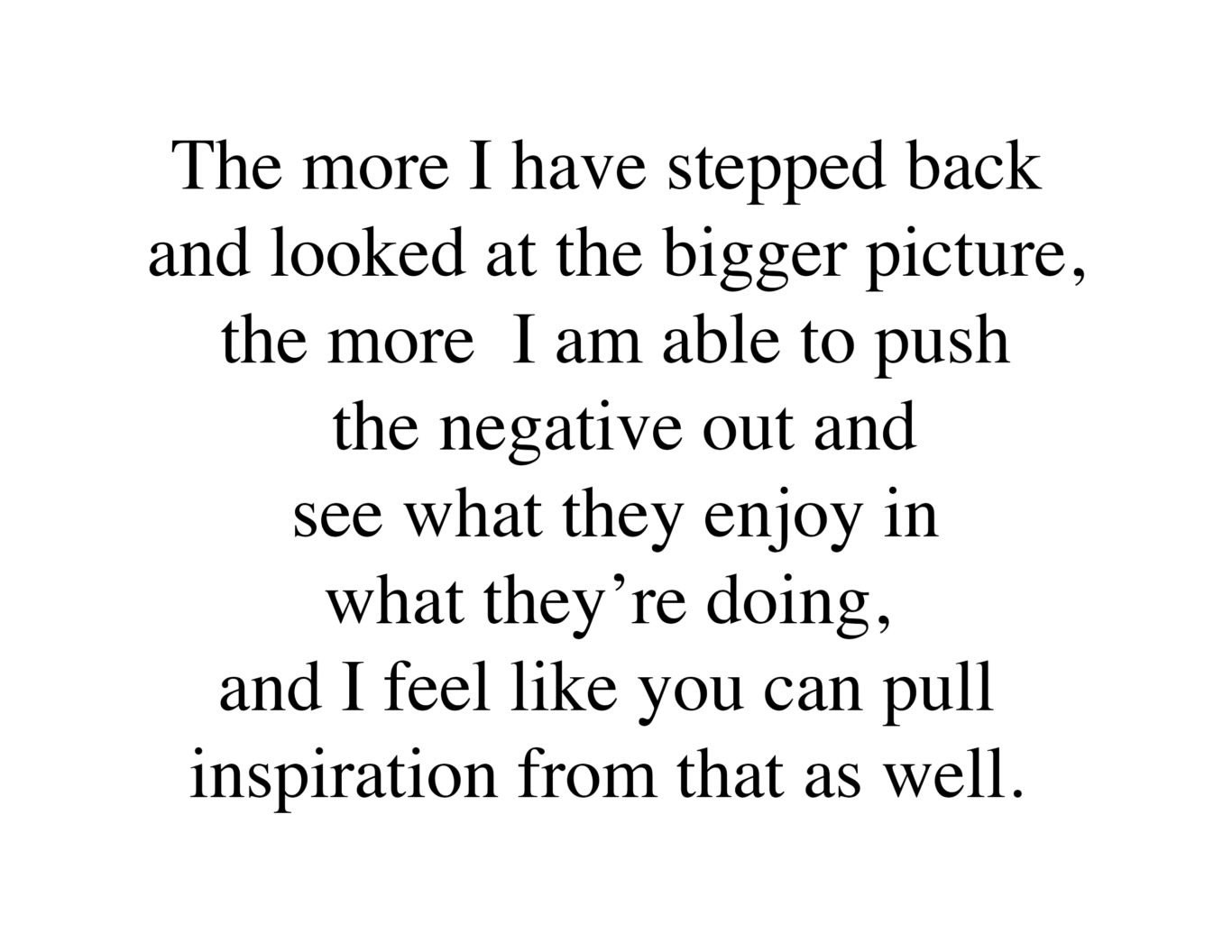 I love lines and trying to find ways to make a line out of a spot that might not have one. Maybe seeing a different sport use the same spot I have been to in a completely different way and maybe trying to find a way to do something similar. I am always hitting up people about spots and trying to keep notes of things to skate, and also things I want to do on skates. I am doing what I can to try and not have too strong of an opinion on anything because I don’t feel I’m entitled to say something is wrong when its completely right for someone else. I mean don’t get me wrong, there are things I just don’t like, but that is pretty normal, the more I have stepped back and looked at the bigger picture, the more I am able to push the negative out and see what they enjoy in what they’re doing, and I feel like you can pull inspiration from that as well.