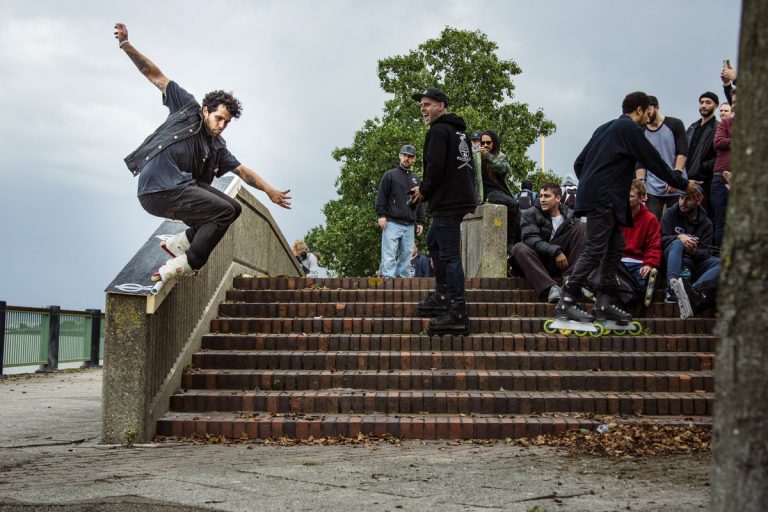 The London Street Jam took place last weekend, organised by Blake Bird and Jamie Harris in association with London Rec Squad and Capital Rollas, the atmosphere was electric, some of the dress was excentric, and the amount of heads that were in attendance was absolutely fantastic!
It’s hard to believe that there has never been a street comp in London and even harder to believe that with the world in the state that it is that the first event of this kind in London was held in 2017! 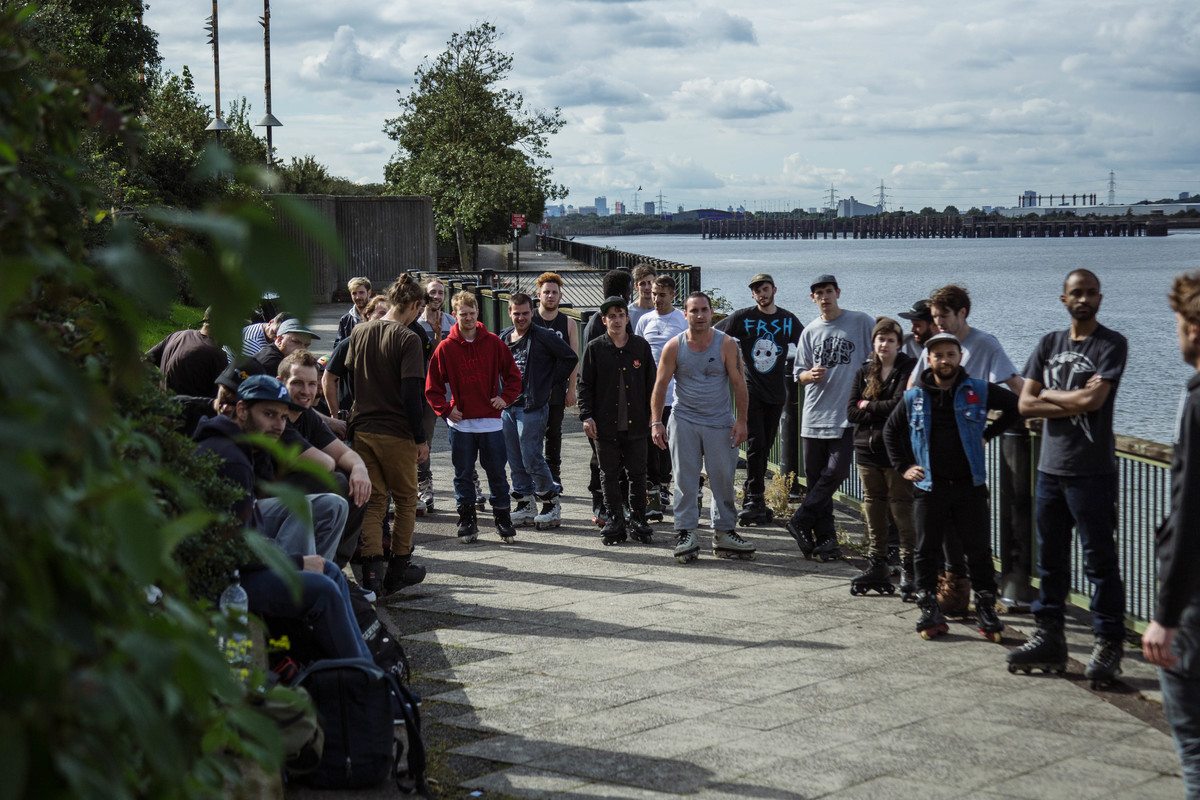 The turn out for this event was overwhelming with over 40 people skating the actual event and another 60 or so supporting the event and creating an uparallelled level of excitement and atmosphere that only blading events can and with big names in attendance such as London’s finest Dirtbox and Razors supporter James Bower, Manchesters Steez Monkey Matty Vella, Tunbridge Wells Old School Veteran Razors Rep and Best Trick winner Andy Spary and Scotland’s USD Powerhouse James Keyte it was set to be an absolute banger and did not dissapoint! 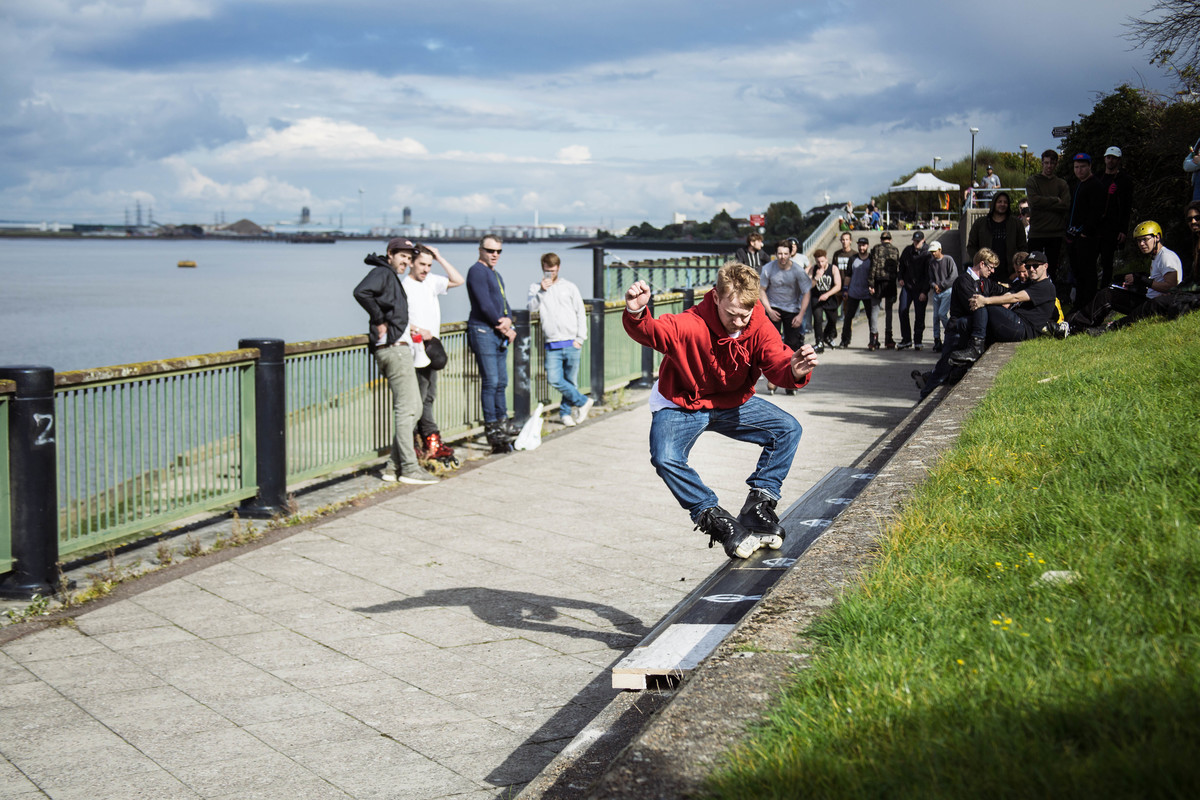 All 3 spots were in fairly close vacinity all of which had been given the Capital Rollas touch overnight by the tireless work of Blake and Jamie to rejuvenate spots in the Thamesmead area of London in preparations for the competition.
Choosing to create angle ironed ledges for the participants to skate as oppose to spending hours rub bricking rough concrete to make them skateable, Installing Coping downledges and building a wallride at the final spot.

The days festivities were kept on track by The lovely Natalie and Larissa, organising and booking in the participants, selling tickets for the raffle to increase the Prize fund for the winners and ensuring that everyone had a thoroughly bloody lovely time.
Everything was kept running smoothly during the day by the 3 Judges : International support provided by Kenny Owens flying in specifically for the event, Old School London Legend and OCC Rep Robert Glanville and Gareth Morton AKA Stig AKA the ref ensuring that everyone was safe and that the event was kept on Track.
Media coverage was in full effect with Tom Sharman and Ed Inglis getting those Angles, Jordan Grant on the Live feed and Stig, Jake Eley and Lucciano on the Photo front. 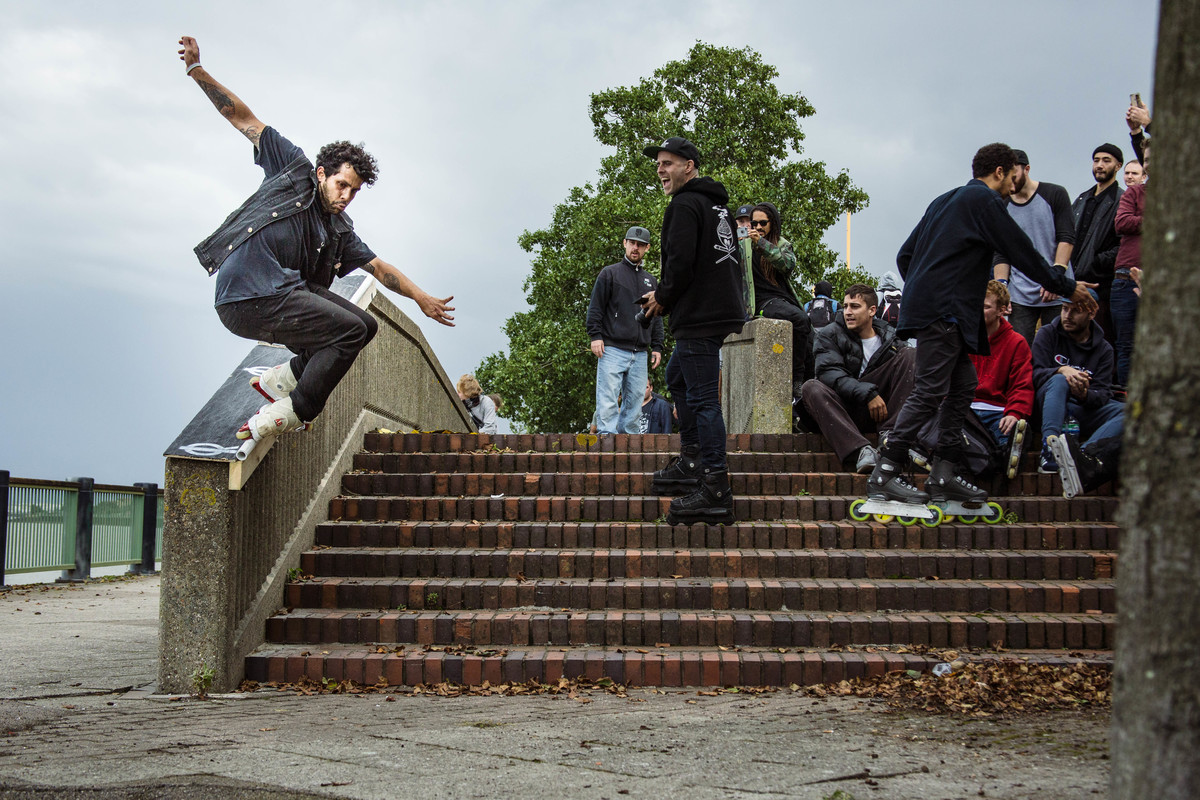 The first spot was a ledge spot which was absolutely destroyed by everyone!
LDN resident and French badass Zack Debaise was lacing tech switchups, Dano killing it with his signature grinds, Aaron Turner spinning like a top and doing what he does best, James Keyte taring the ledge a new one at a billion mph and Dank Ollins just warming up using every inch of his grind space!

Moving to the second spot, the boys were separated from the Men.
With the likes of the absolute ripper Polish Daniel, Kaltik’s Dano Gorman, USD’s James Keyte, True Apparell’s Aaron Turner, Jungalist Network Rider Dan Collins, BHC’s Leon Humphries, Razors’ James Bower, i-Dare’s Leon Purdey all showing the ledge and the spectators what is up with Leon Purdey literally going up it!
After an hour of all these man going hard including massive disaster, spin to and tech nasty grinds aswell as Dan Collins taking slam of the day we moved to the 3rd spot. 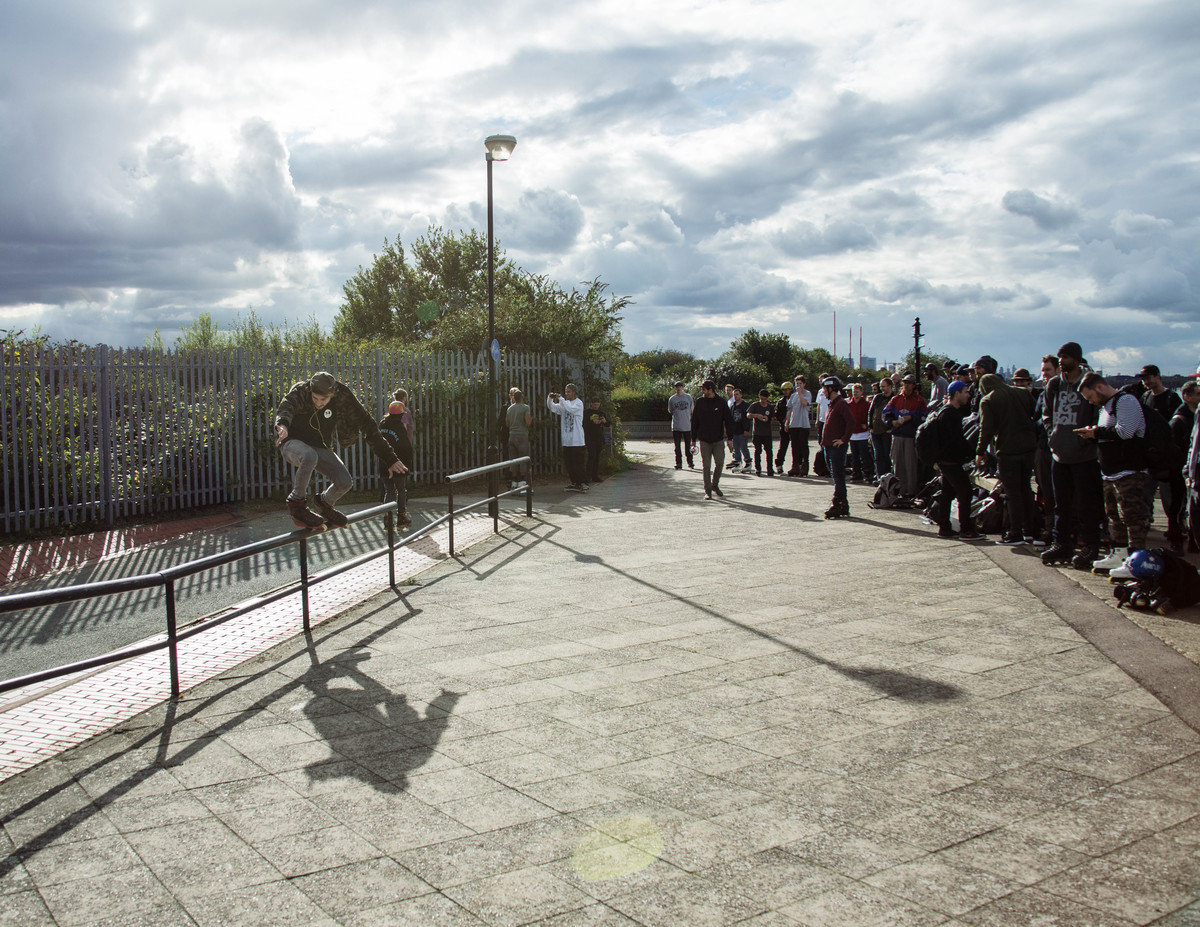 The Bank spot session had it’s moments of greatness whilst the wallride built specifically for the event was put through it’s paces. Dano, Dank and Andy Spary opted for grinding off the kink rail to the drop with spins and technical wizardry. Leon Humphries and Matty Vella gave the spectators a dose of singature grind action with TTP and TTS variations accordingly, James Keyte laced the shit out of the rail to rail transfer, Aaron Turner getting super technical on the up and along with a few grind 360 grind variations, Leon Purdey Misty Flipping over the rail and Adam Nazarko boosting 7’s.
Andy Spary was crowned (quite literally) the best trick champion for his Fishbrain to Back Royale 540 to drop.
The ref called time and the session was done as the whistle blew on A thoroughly fantastic day. 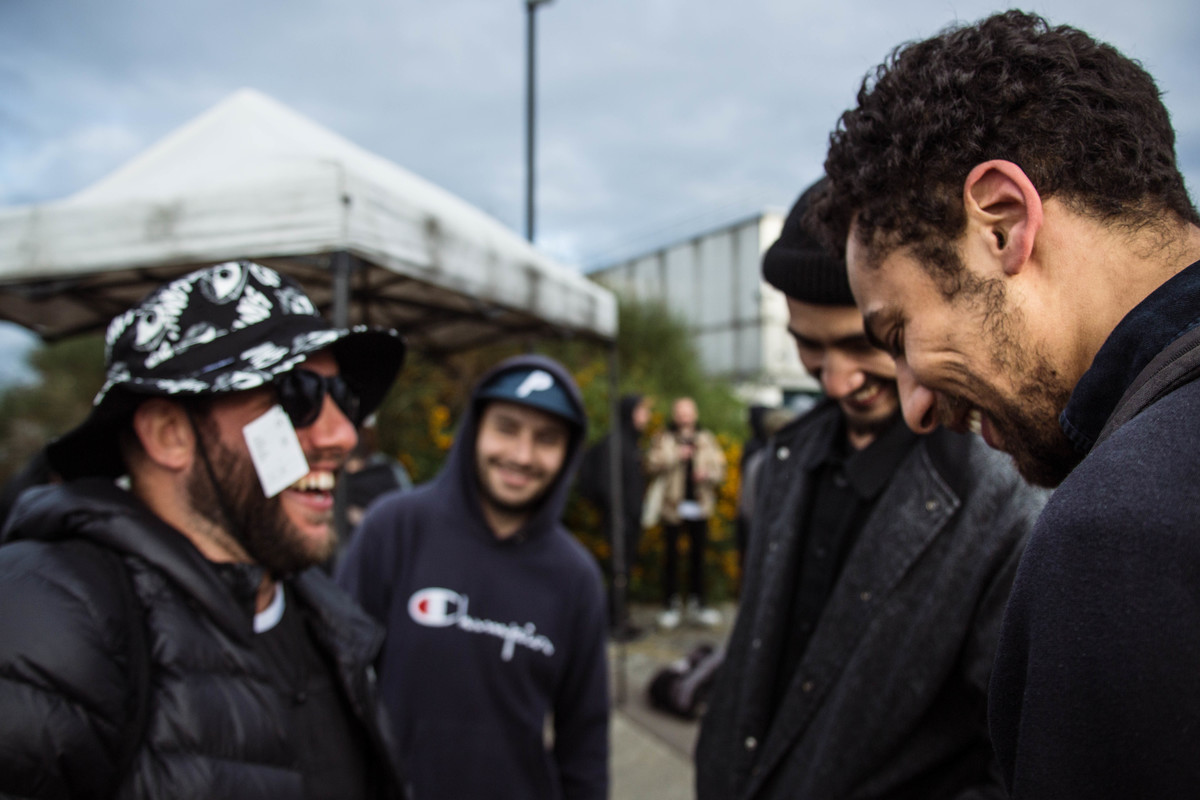 Once the spot had been torn to absolute shreads it was time to announce the winners, the decision was made by the judges to split the prize pot between the top 3, all claiming 1st place and those lucky winners were Aaron Turner, Dan Collins and Dano Gorman, Joint 4th was split between Matty Vella and James Keyte, Honorable mentions and prize packs from the ever generous sponsors were given to Leon Purdey and Polish Daniel for absolutely killing it all event.

A great time was had by all and with well over 100 people in attendance, I can honestly say that Rollerblading in London in 2017 is healthy, strong and as it has been since forever…. super super fun! 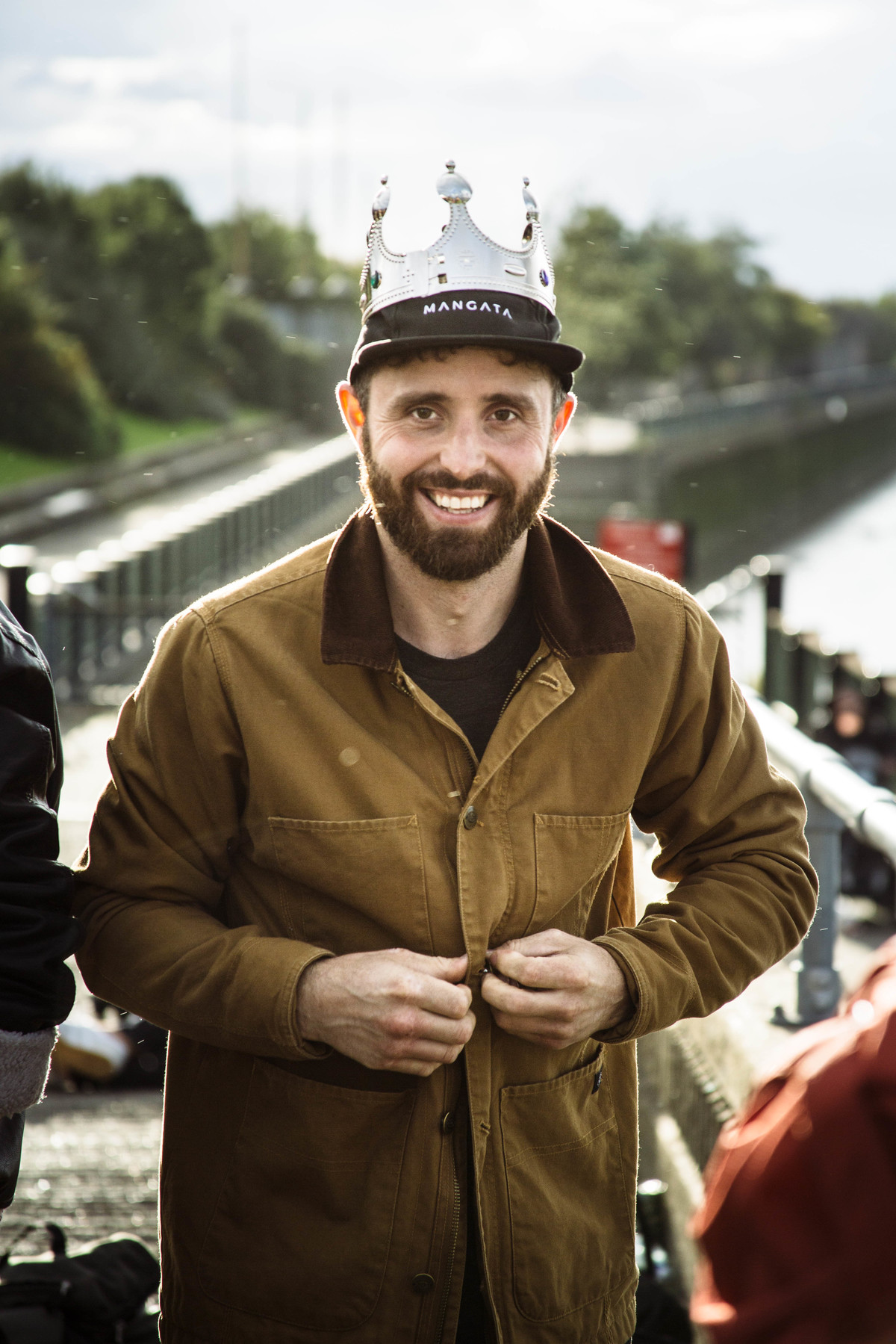 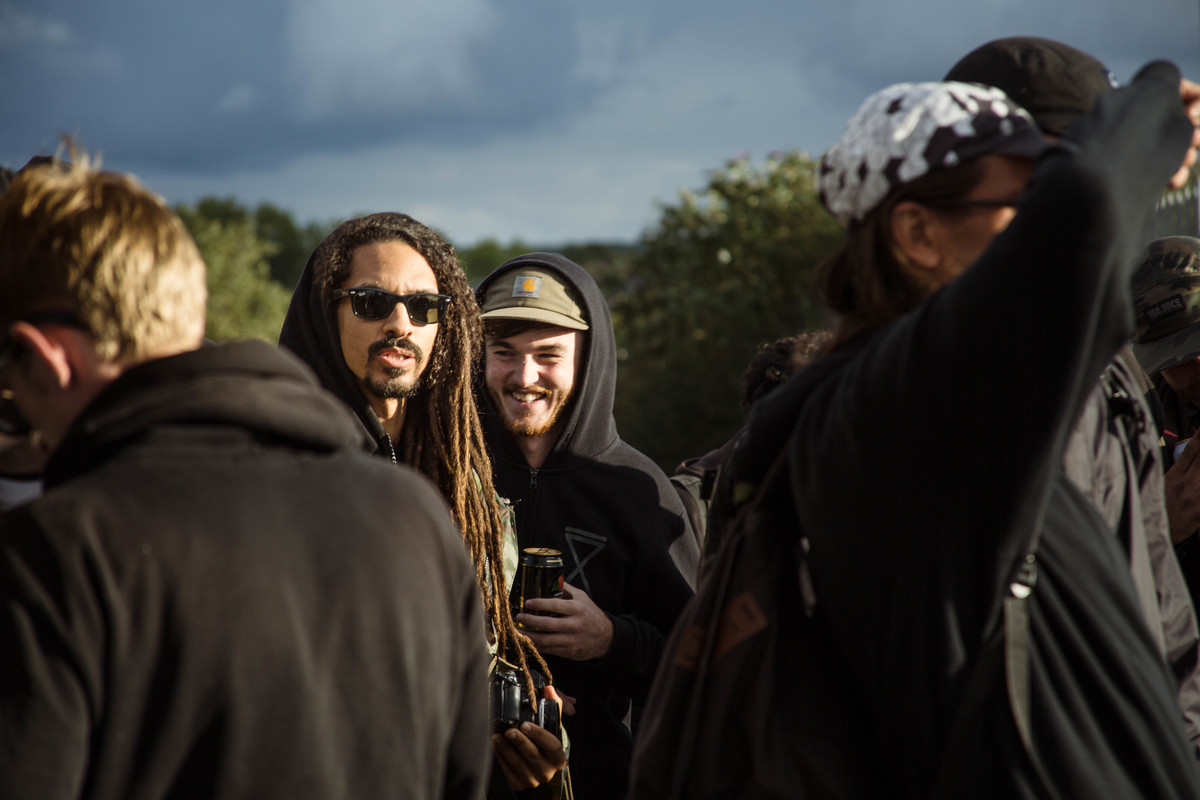 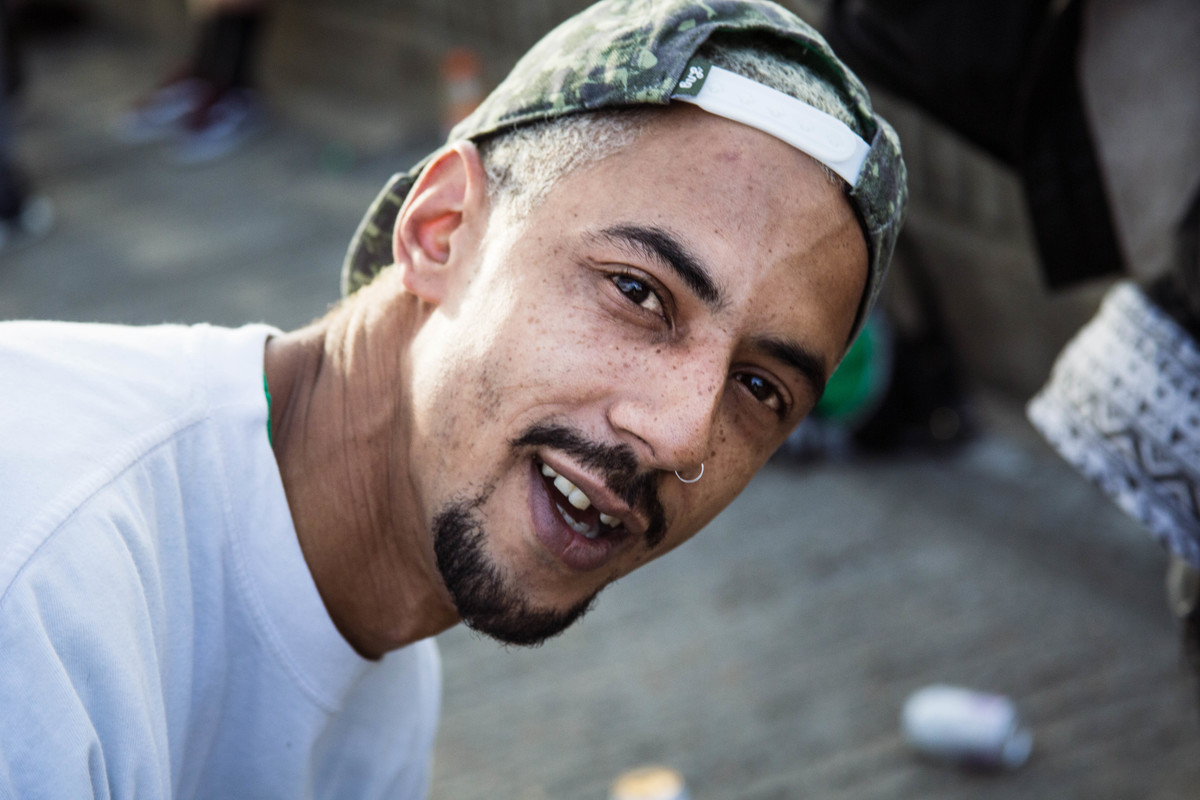 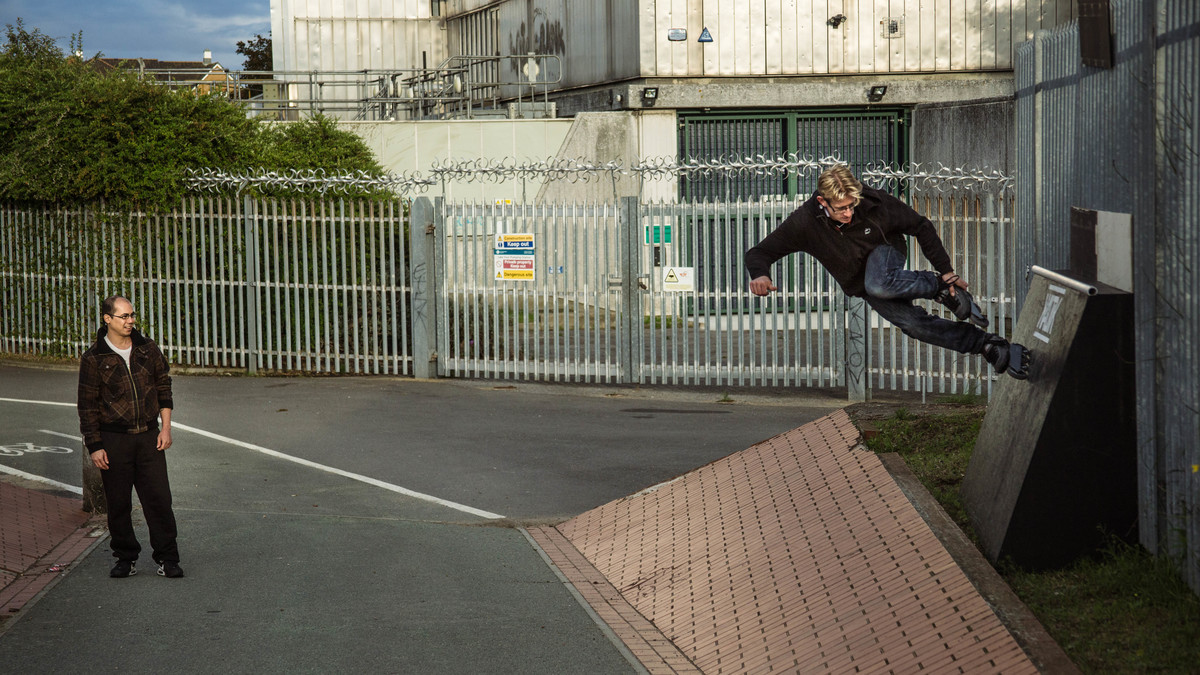 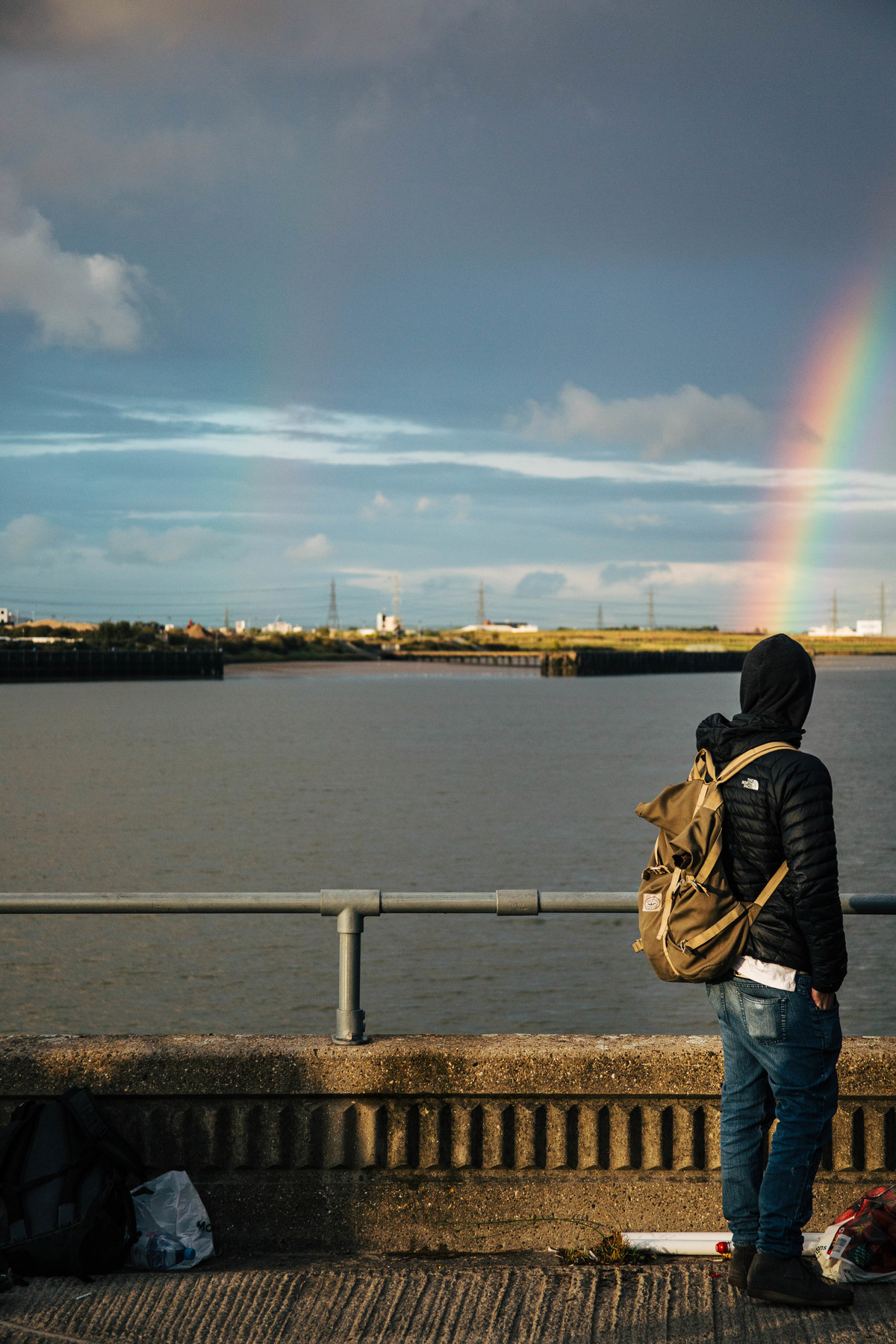 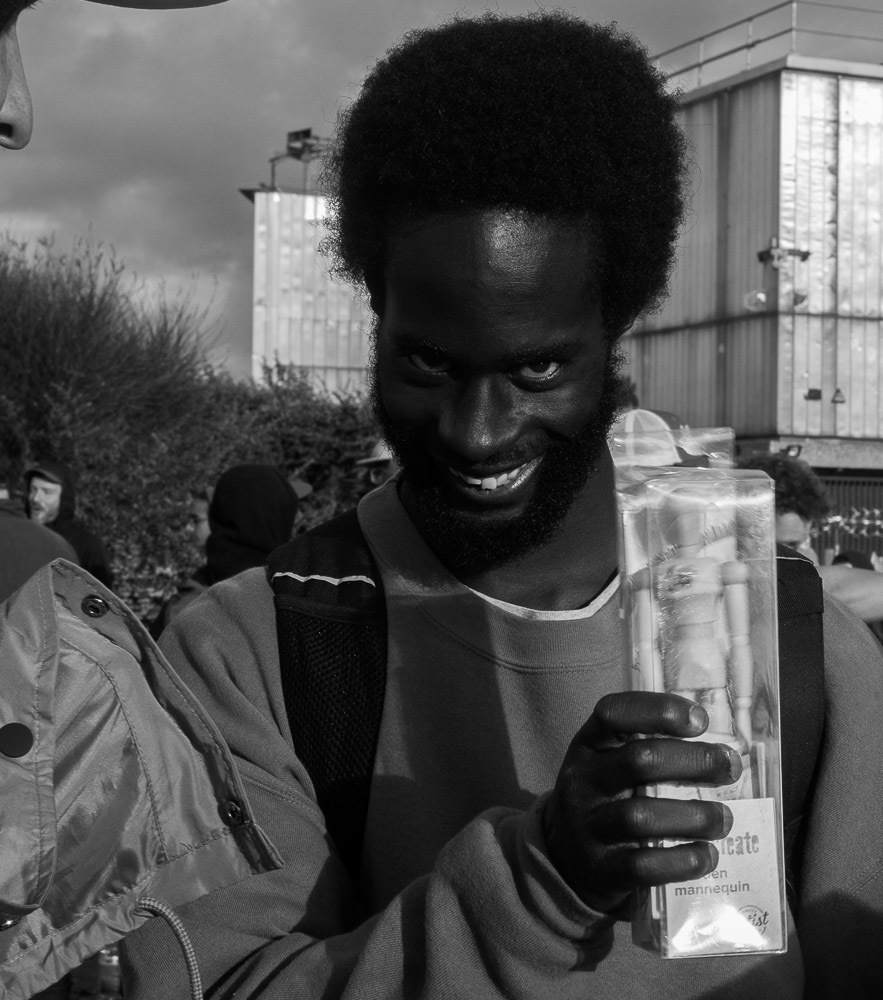 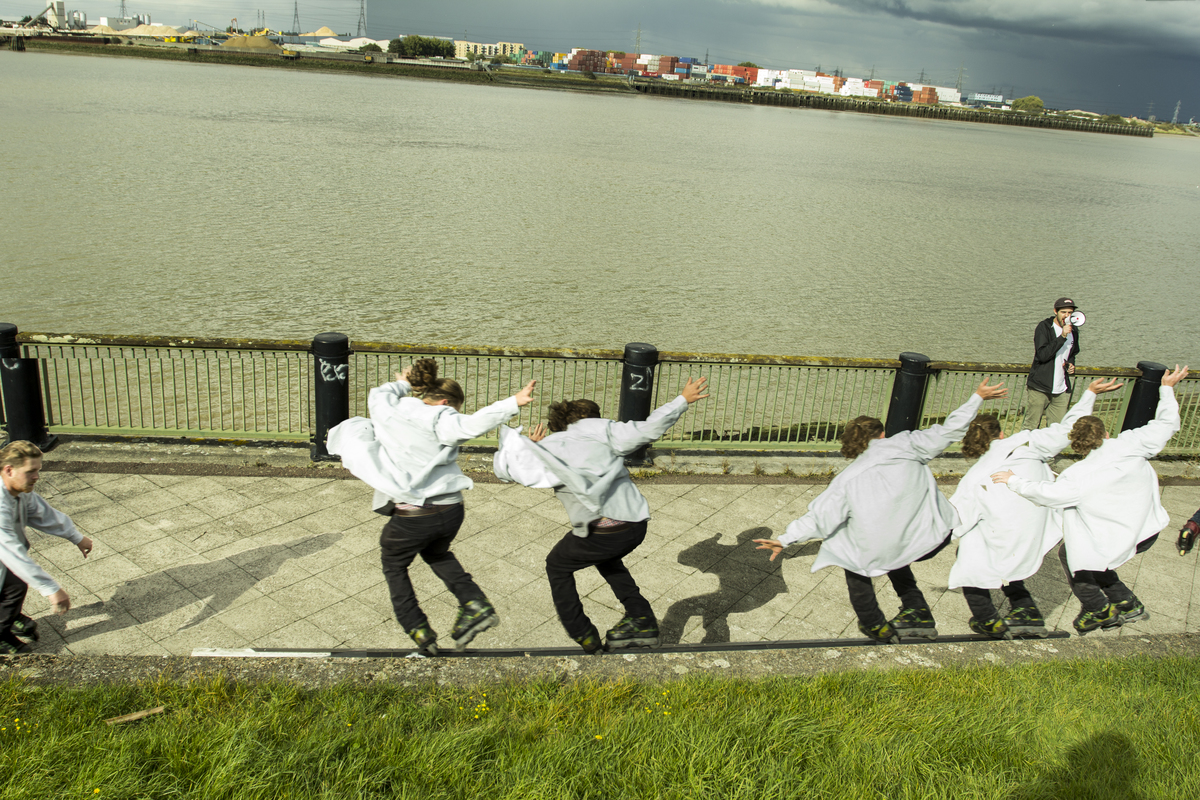 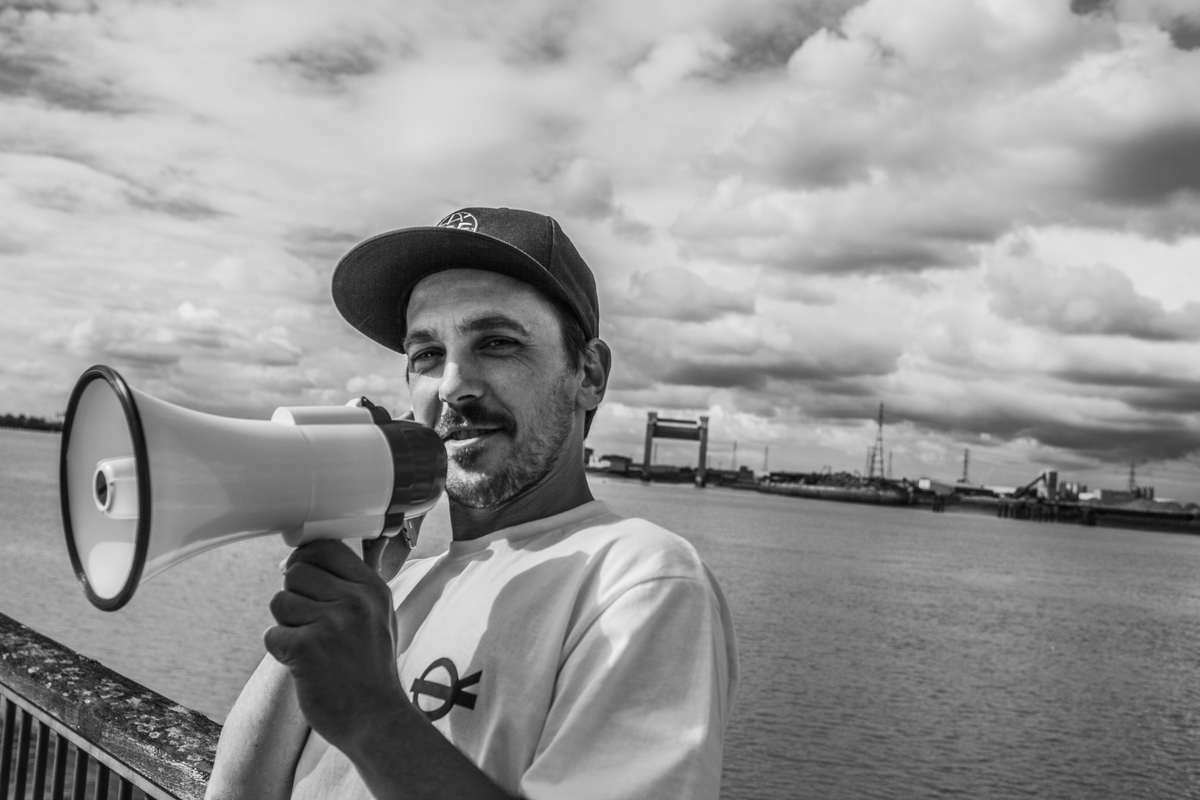 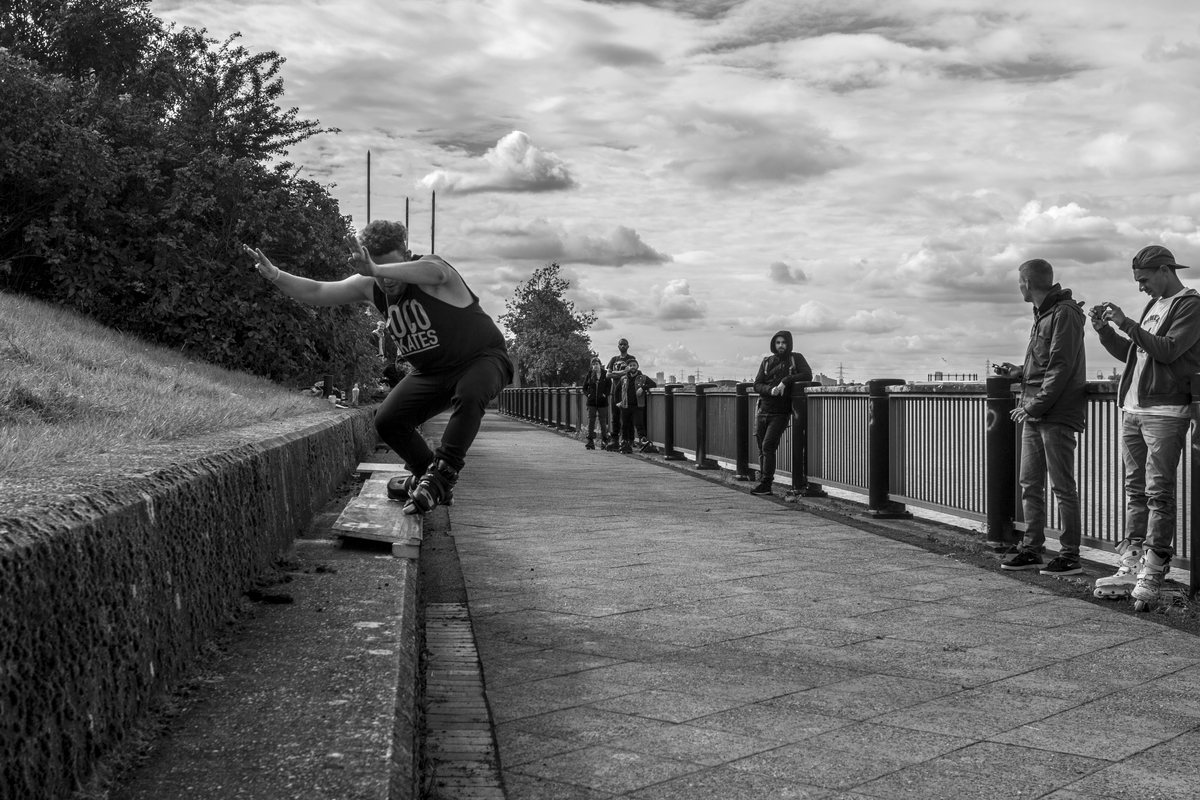 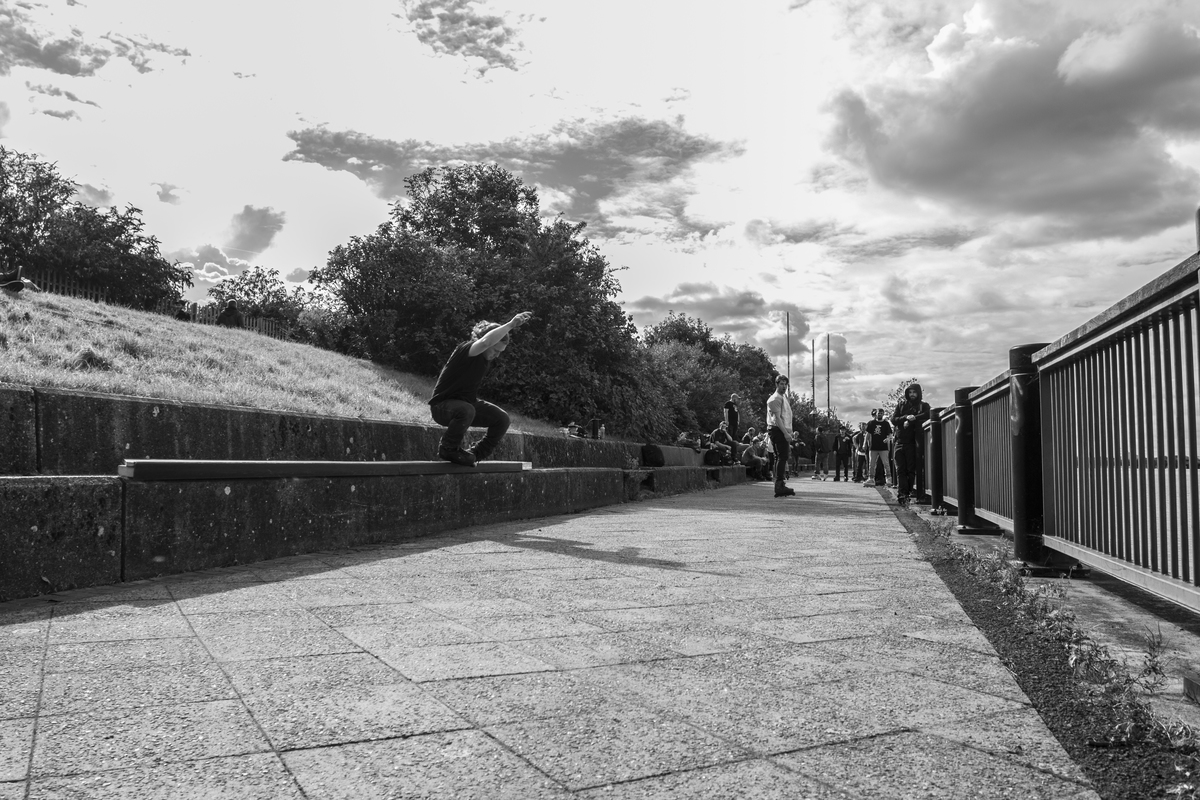 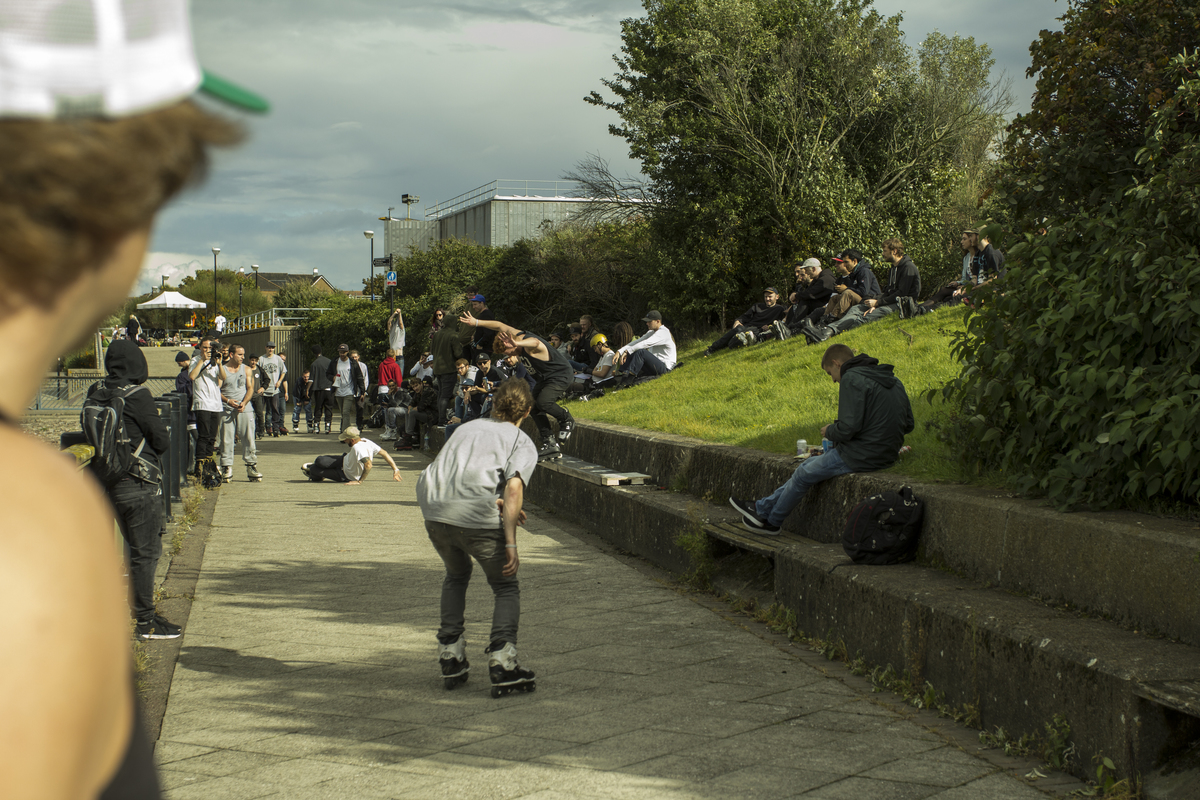 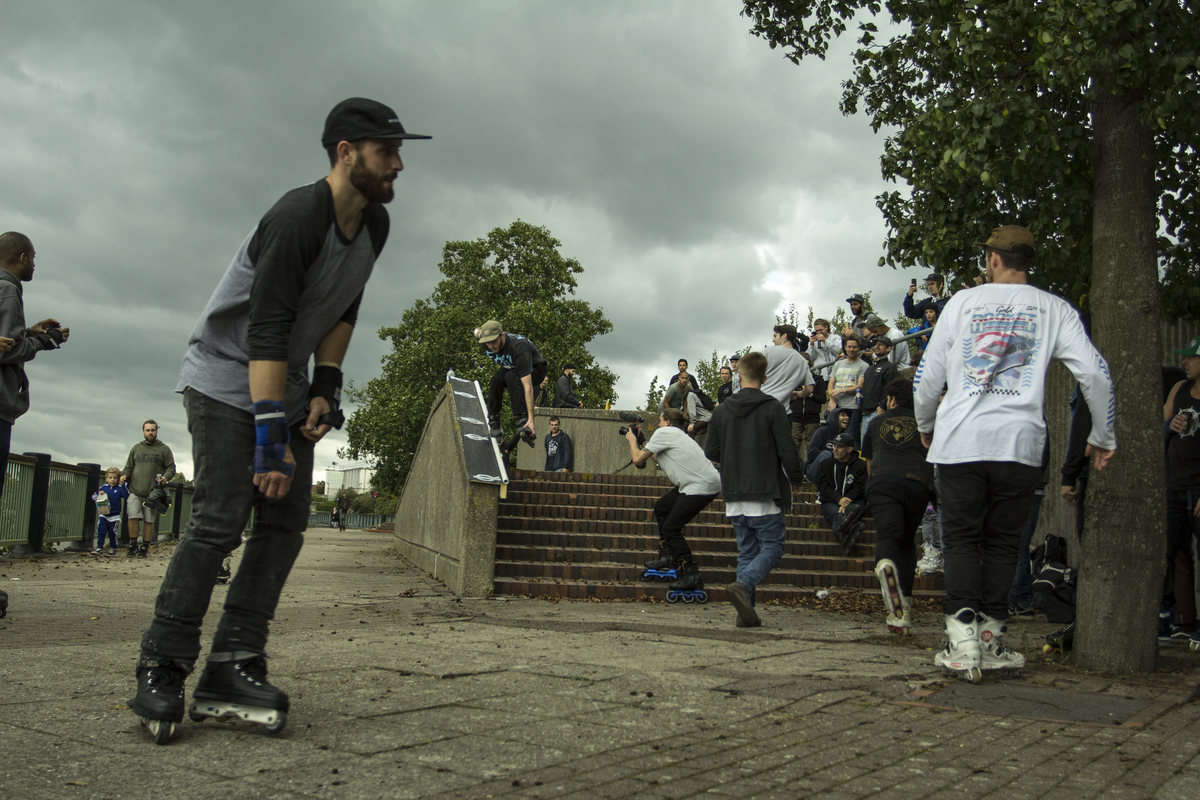 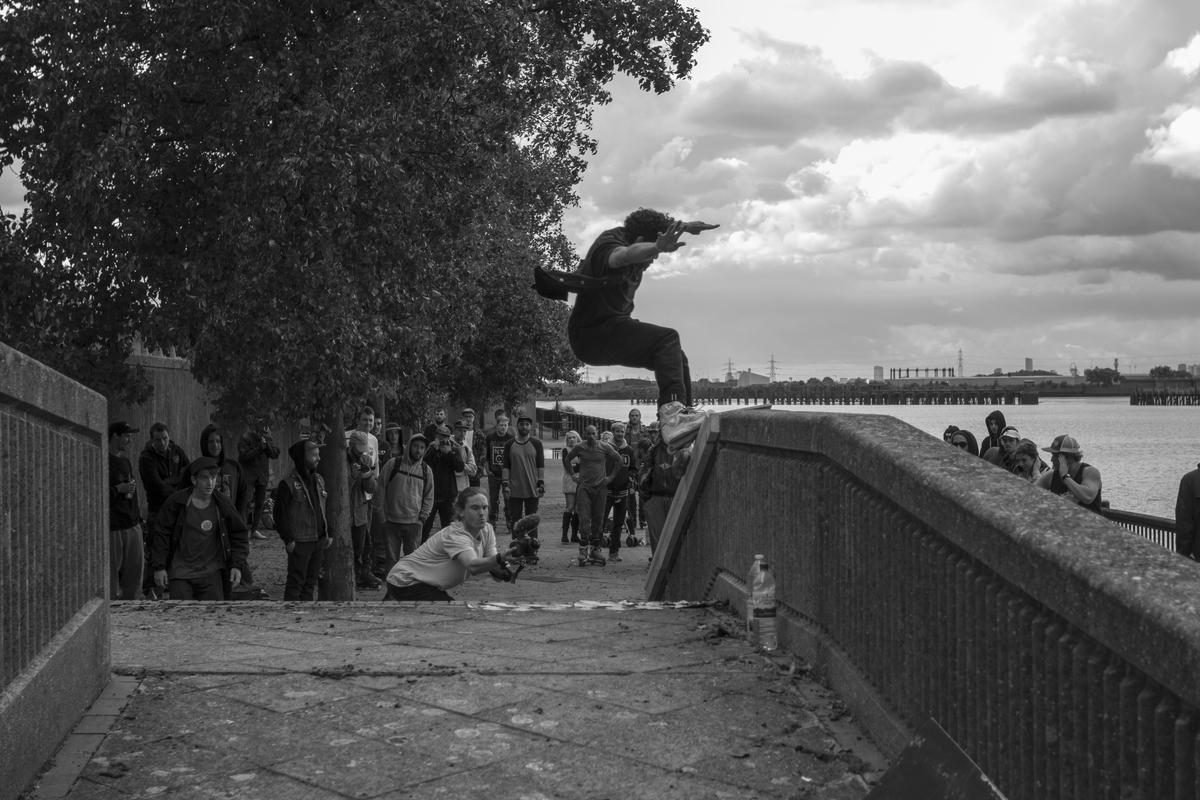 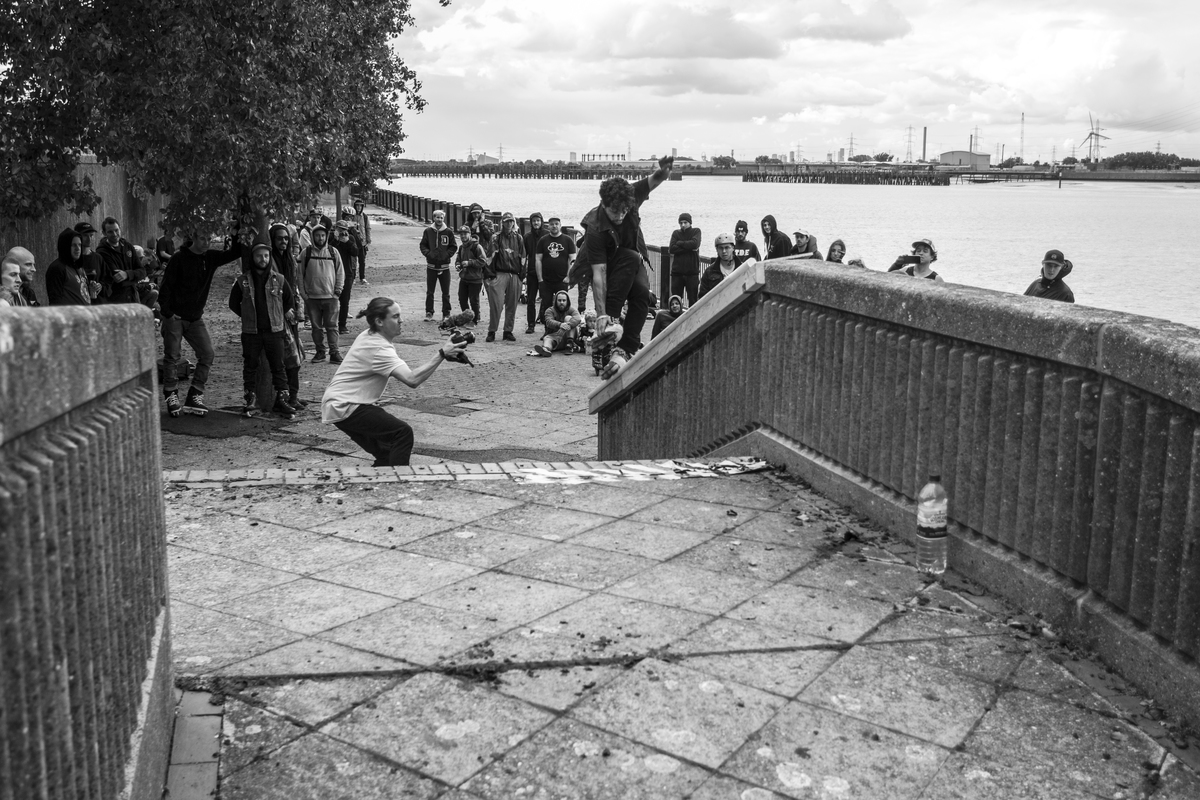 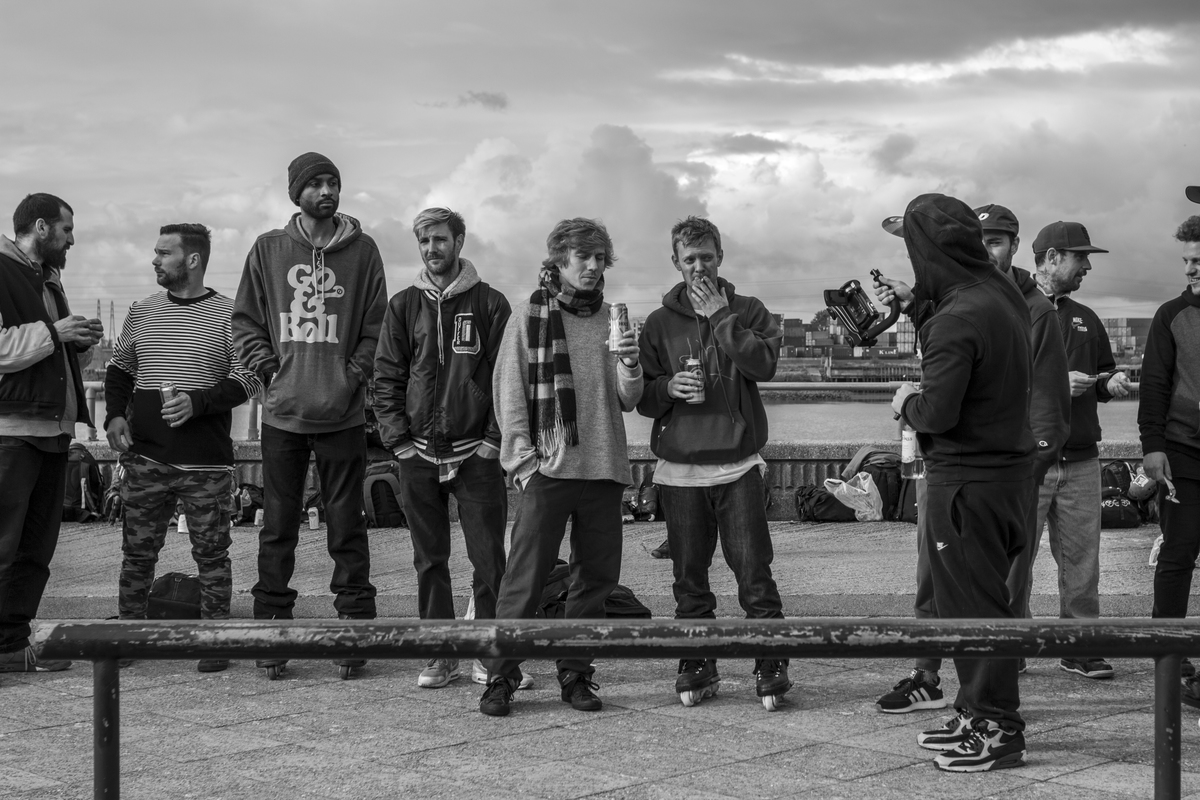 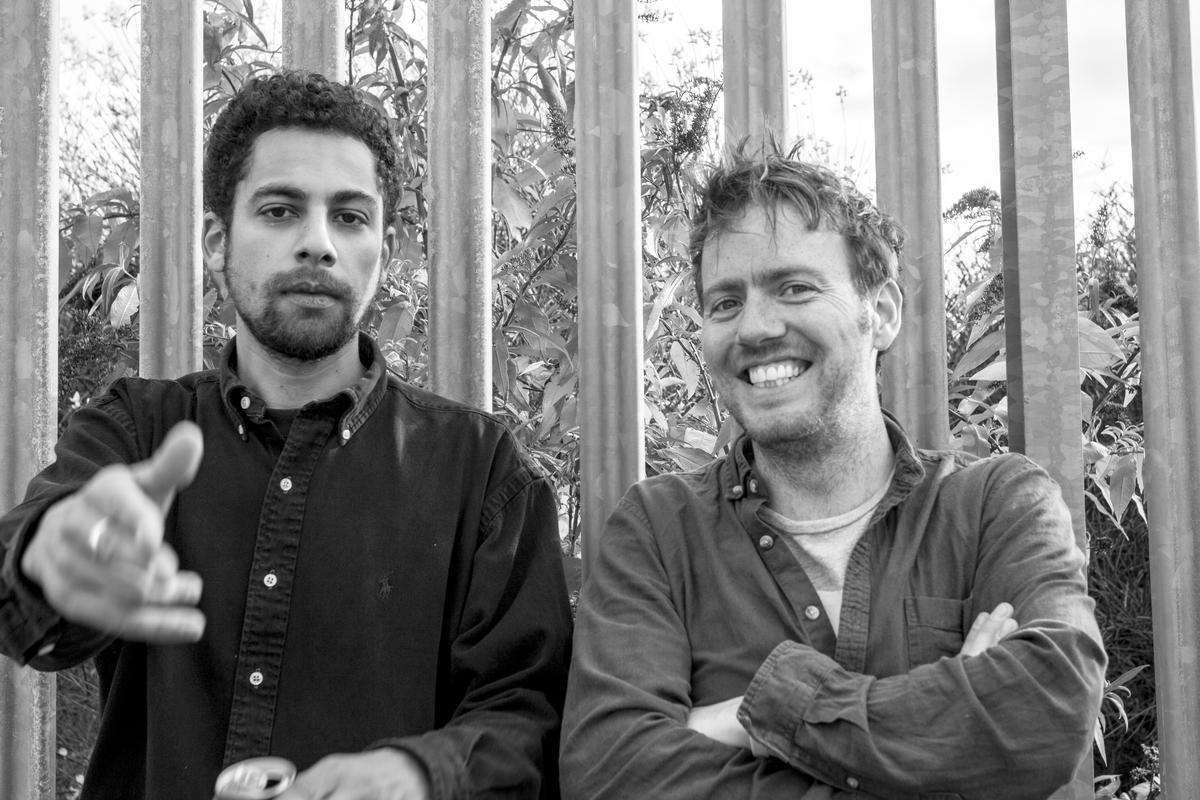 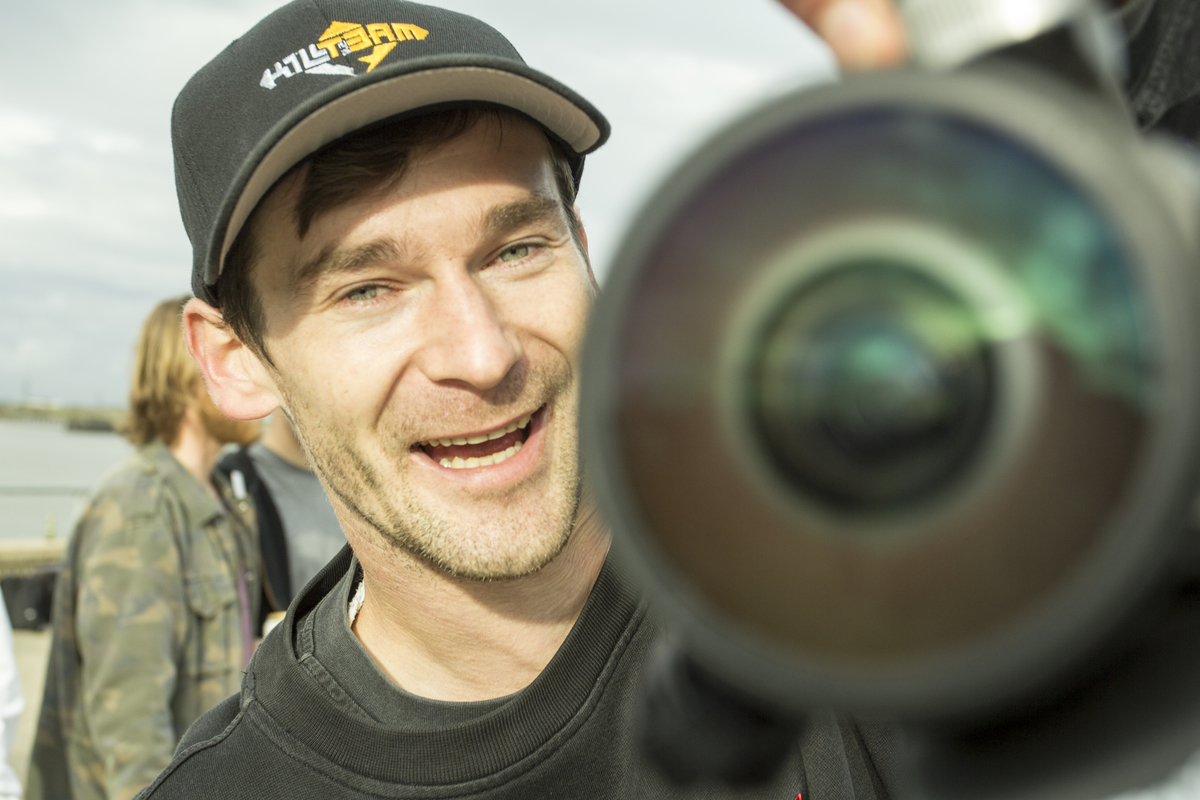 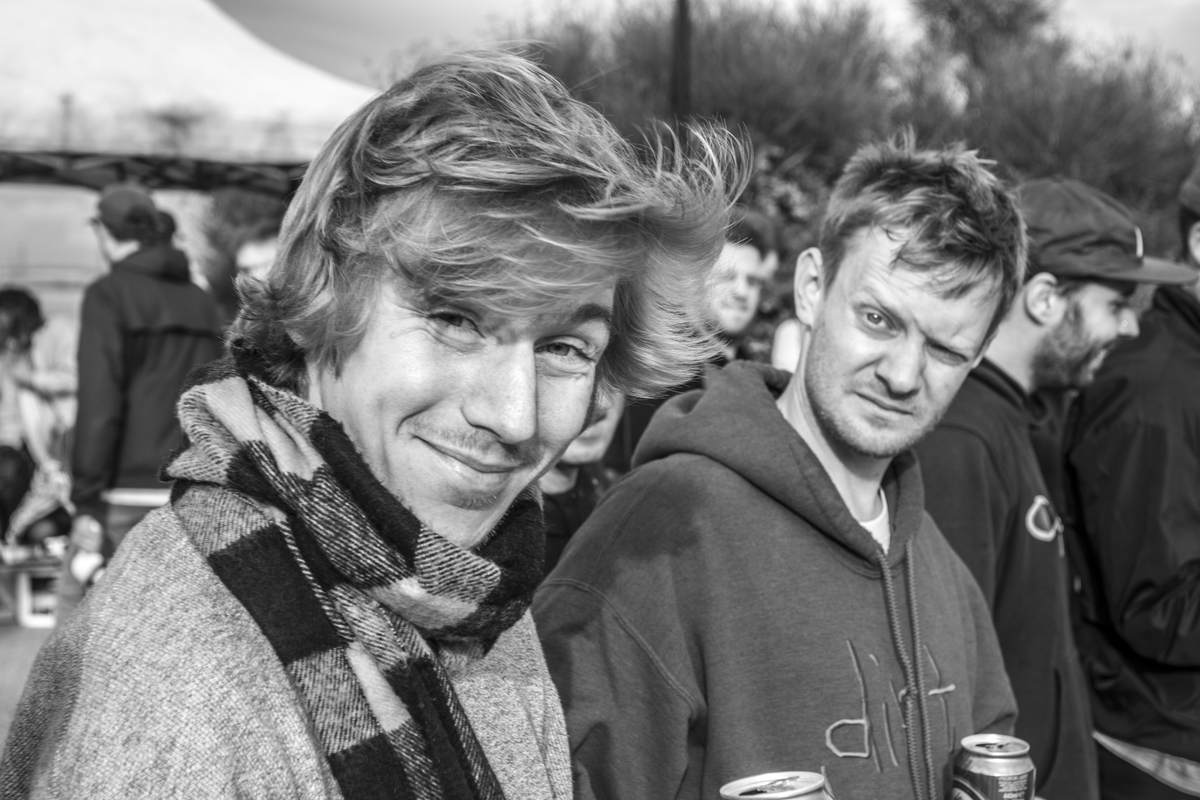 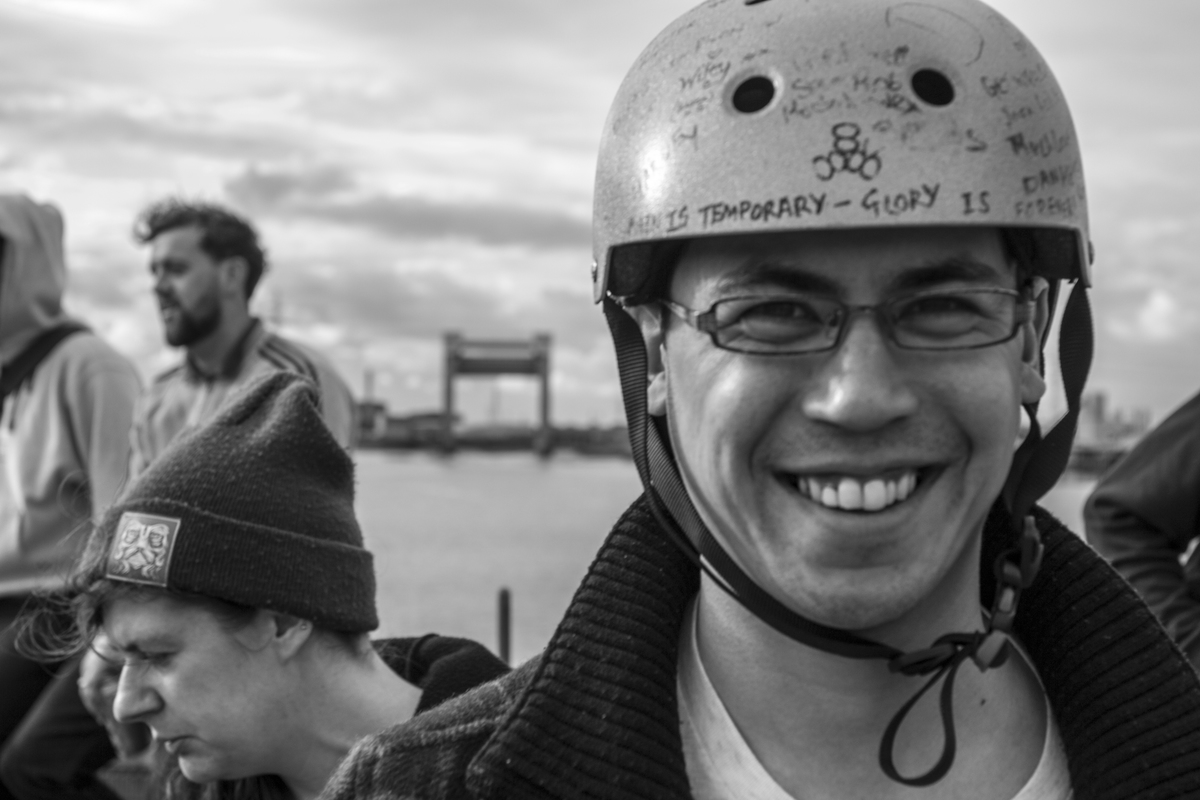 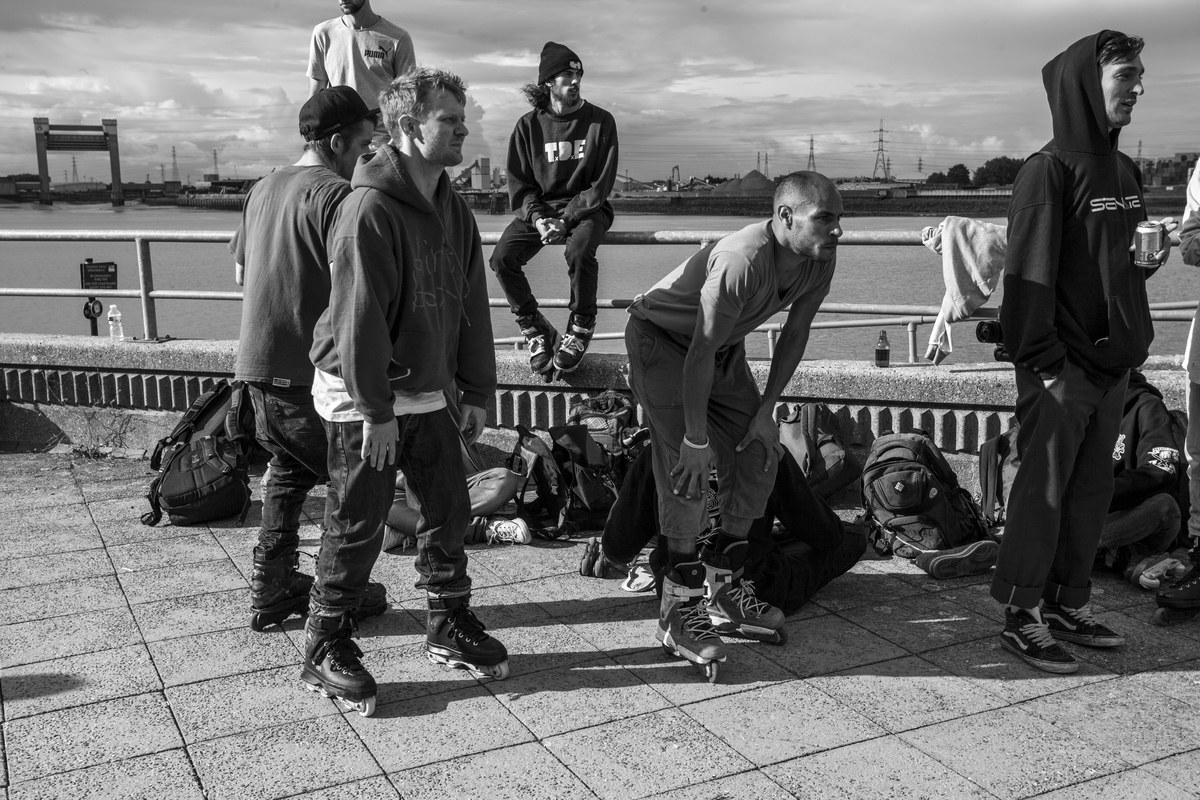 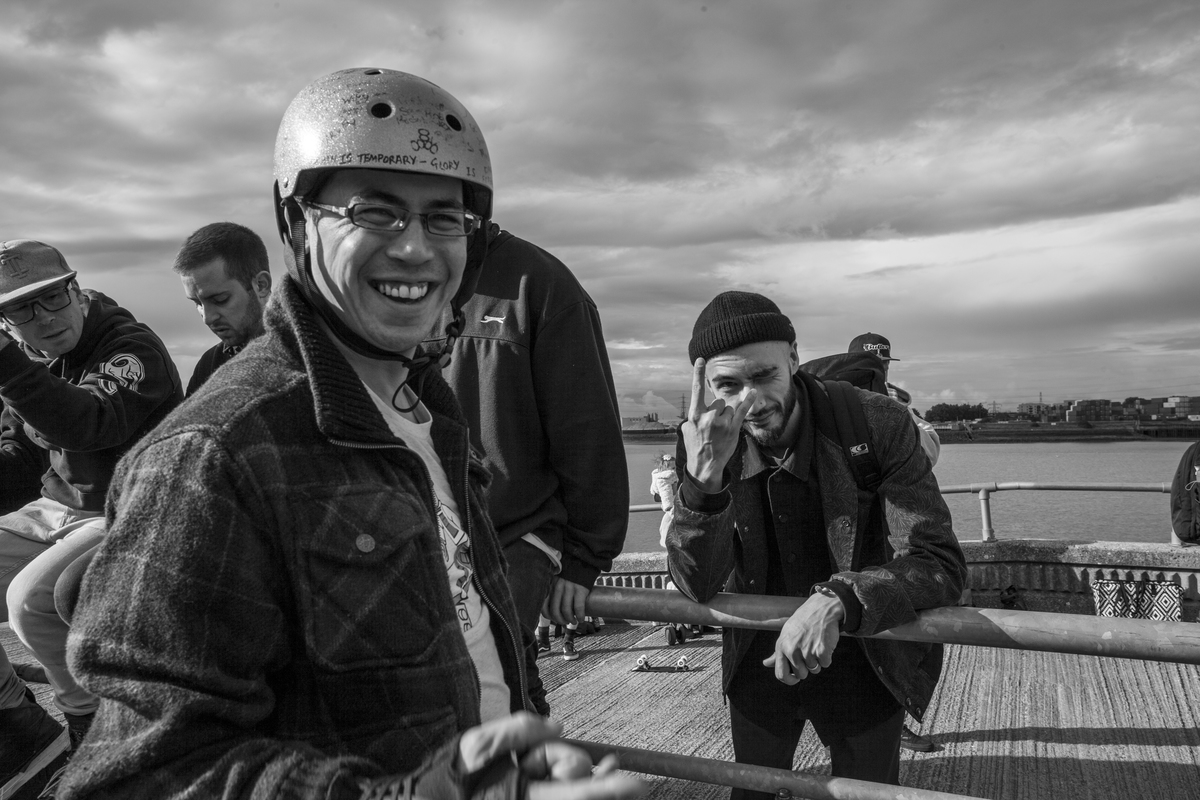 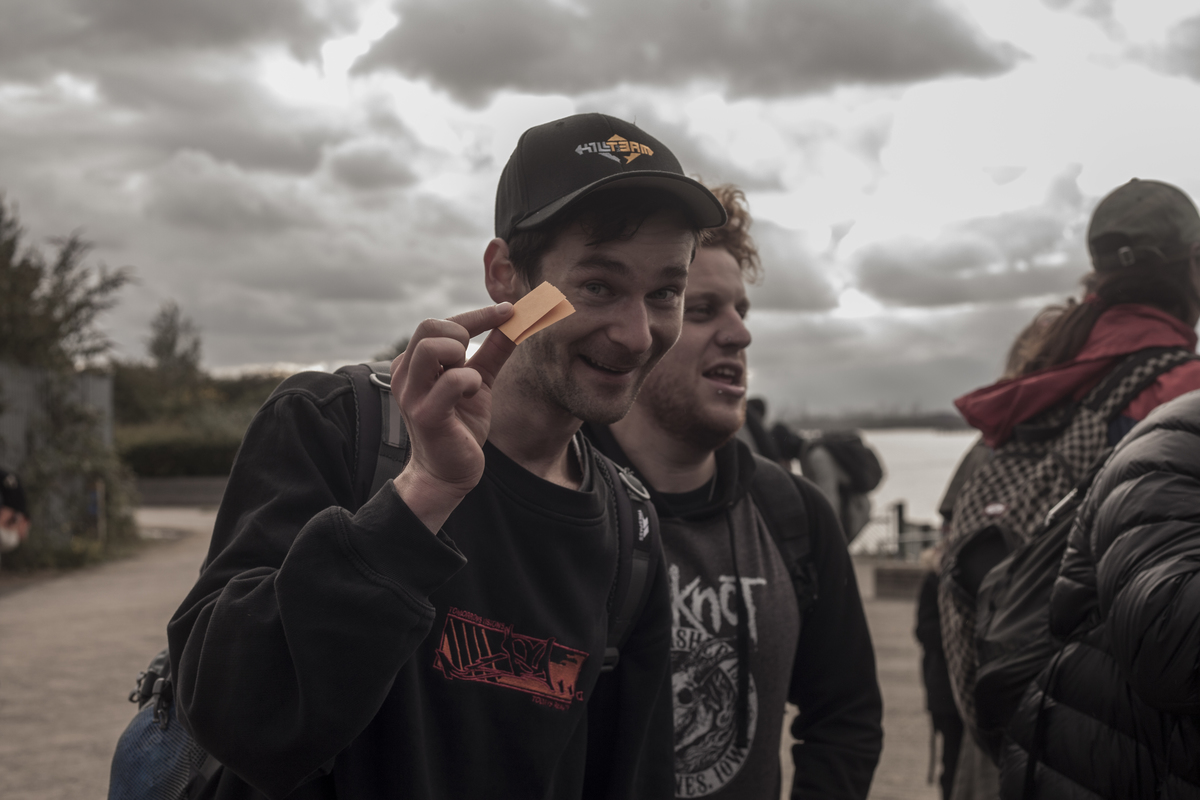 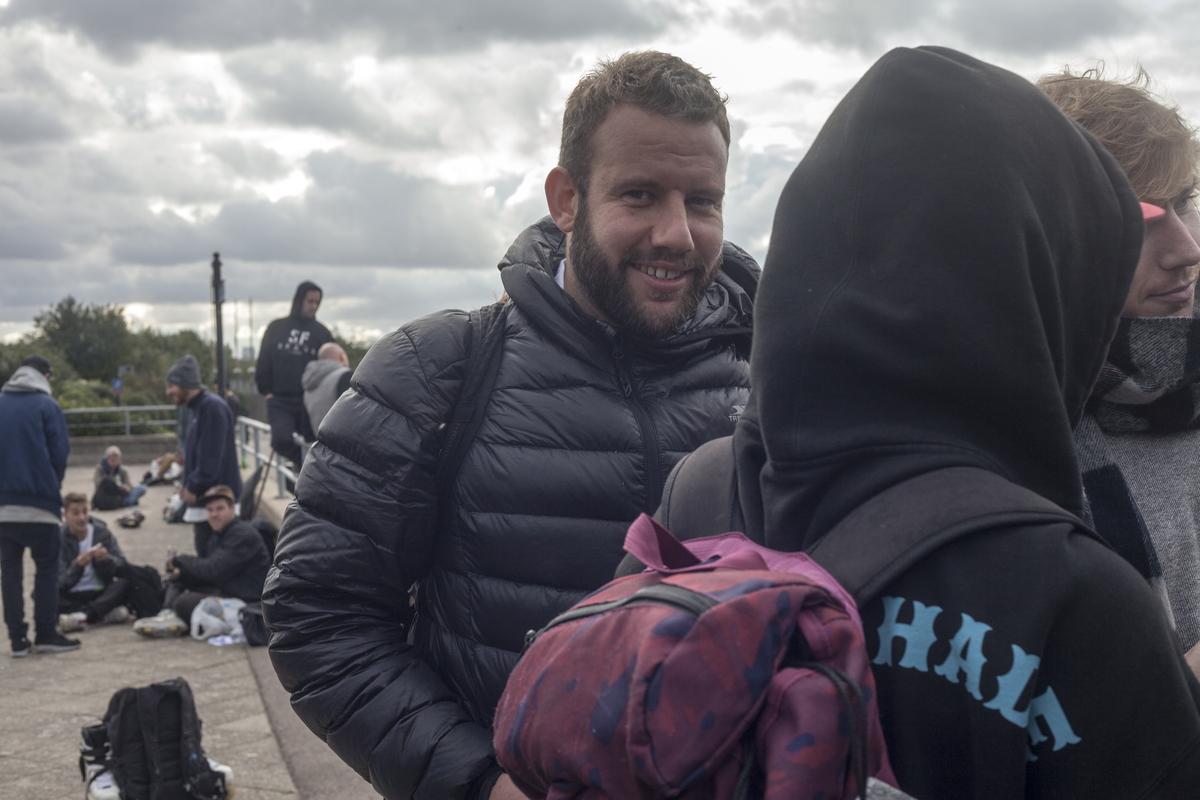 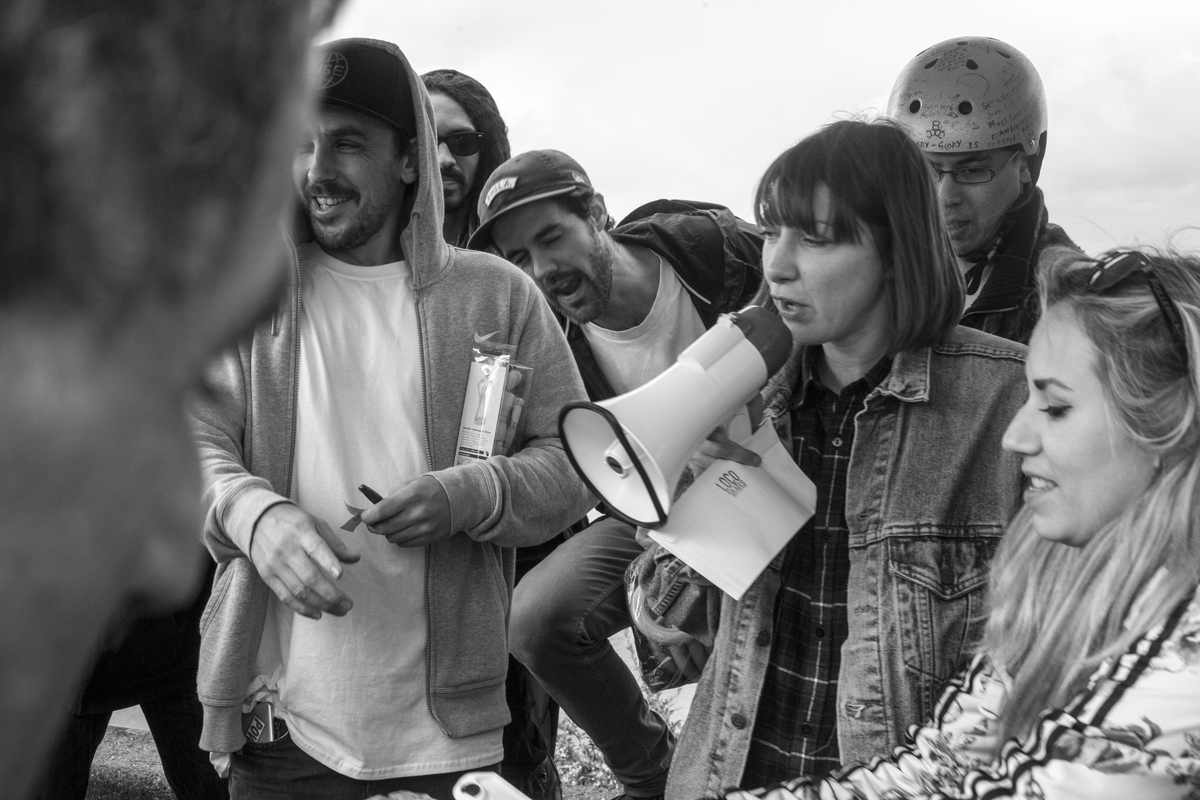