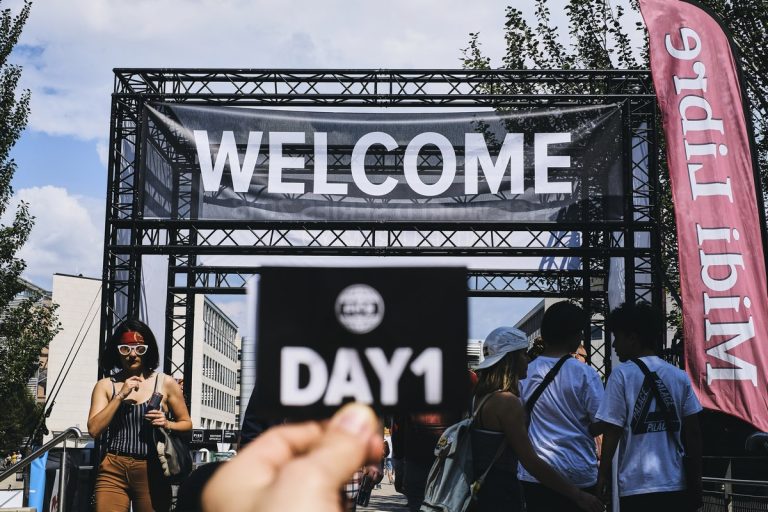 Too little sleep and too many things to do:

It’s official, FISE opens to the public today, and the people of Montpellier were already posted at the site’s entrance as we made our way through for another visit! Sunny skies and the smell of sunscreen, loud music and voices blasting in the speakers, tattooed girls on BMX and long-haired wakeboarders swimming in the Lez:

It already looks, sounds and smells like FISE World Montpellier is headed for yet another incredible edition!

This time, rollerbladers are sharing a smaller, condensed and quite technical skatepark with scooters, and the latter will have the most use of it for the first two days, while the majority of the inline events are scheduled from Friday onwards. An interesting course, with less big jumps and a lot more obstacles to grind: Quite a difference from the usual Slopestyle we got accustomed to in recent years, and the promise for many surprises and a really thrilling competition!

The best part is you’ll be able to watch it all live this weekend, so stay tuned for more information and livestream timetable too.

But in the meantime, today was the finals for the FISE Metropole: A series of smaller contests held in the region all throughout the year, keeping kids on blades with a goal to reach and means to improve, even more so with the perspective of the final event being hosted in the heart of Montpellier itself! Great to see the FISE not only push for the sport at its highest levels, but also on a smaller, yet no less important local scale. In the end, overall winner of the Series Thomas Riffaud took the title with a smile, and things went on!

And on they went, with the opening of the new, blader made Montpellier Indoor Park!

The MIP is the proof that seemingly crazy ideas actually make dreams come true. Although they do enjoy the benefit of a warm summer, like everywhere else winters gets wet and cold in Montpellier, and the locals had been fighting for an indoor spot for over a decade. Eventually, after a successful crowdfunding campaign under the lead of Bob Lemarrant, they took the matter in their own hands. And after many months of hard work, they proudly invited the whole scene to come check out the place:

Needless to say, we showed up fashionably late, and came home much later even!

There was something in the air that made us old cats feel like teenagers again. After the official session was over and mostly everyone made their way back to the center, just as we were about to leave Mathieu Heinemann showed up with a wicked smile, hungry for late night tricks. Minutes after, we were a group of twenty skating the downledges and rail with a renewed energy, some wild moves and the impression that growing up doesn’t necessarily mean getting older!

Obviously, something our aching bones would prove to be wrong the next morning, but that’s another story so stay tuned for Day #2, online tomorrow!

In the meantime, don’t miss a beat, and follow #FISEblading2018 to check out all of our FISE coverage!