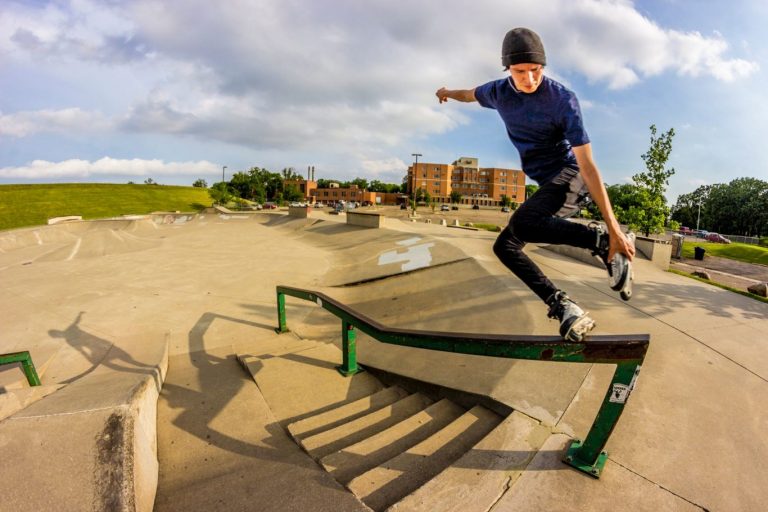 FOR YOUR CONSIDERATION: A STYLE CHALLENGE

Style is one of these things that seems to have baffled humanity for a very long time. In the discipline of Rhetoric, the debate has been going on for about 2,500 years, and shows no sign of slowing down. In Rollerblading, this debate has been a hot topic for about 100x less time, but is perhaps no less ferocious.
The goal, always, seems to be an answer to this question: How can we reconcile this notion of “you-know-good-style-when-you-see-it” with a systematic scheme or some kind of consistent model?
I feel that it should go without saying that “because I think it looks dope” isn’t sufficient–at least insofar as answering the question above.
So what we’re left with is a question about how to make systematic a notion that appears to be mere opinion an objective (or more objective) standard.

I’ve written in the past about this. In fact, the first essay I ever wrote for Be-Mag was about style and had a similar goal to the present discussion. If you want to brush up on that, you can take a look here.

The argument made in that article can be summarized as follows: Your brain does something very important for you called “motor planning.” It gets your affairs in order before a task it knows you’re about to do. This has many consequences, but the one most relevant to rollerblading is that it puts your feet in the correct grinding position in the air prior to locking on to a grinding trick. In this way, you can use photo or video evidence to see how much “adjustment movement” took place during a “lock-on.” In theory, good style (for a jump-on) would objectively be those tricks in which little or no “adjustment movement” was needed, and, again, objectively, those tricks which required a lot (or significant) “adjustment movement” could be said to demonstrate a less stylish technique.

While that method (or scheme) does beckon to objectivity, it nevertheless lacks any component to asses the whole trick. In other words, it pertains only to the “mounting” or “lock-on.”

In the interest of pursuing this goal–of having a systematic approach to judging style, I’d like to advance that theory one step further, and have a look at a method that might give us a metric for assessing style during the middle portion of a grinding trick–or if you like, the “meat and potatoes” of a grinding trick.

Some weeks ago, I saw this picture of Falcon Gott on Facebook. Facebook was telling me that I had “such and such” number of friends in common with Falcon, and that we might be friends. In a single instant, I realized that I needed to get in touch with Falcon.

His profile picture speaks perfectly to a notion of style that’s been banging around in my head for years, and now seems like just as good a time as any to come out and say something about it.

The idea is this: if you cover up the head of the skater in a photograph, you often lose the ability to discern which way he is grinding. Any scenario where that is the case, I suggest, is objective evidence of good grinding style: perfectly balanced, perfectly symmetrical.

In the picture below, is Falcon doing a front torque DOWN the rail, or a backslide UP the rail? With the head covered, as far as I’m concerned, it’s not entirely clear. 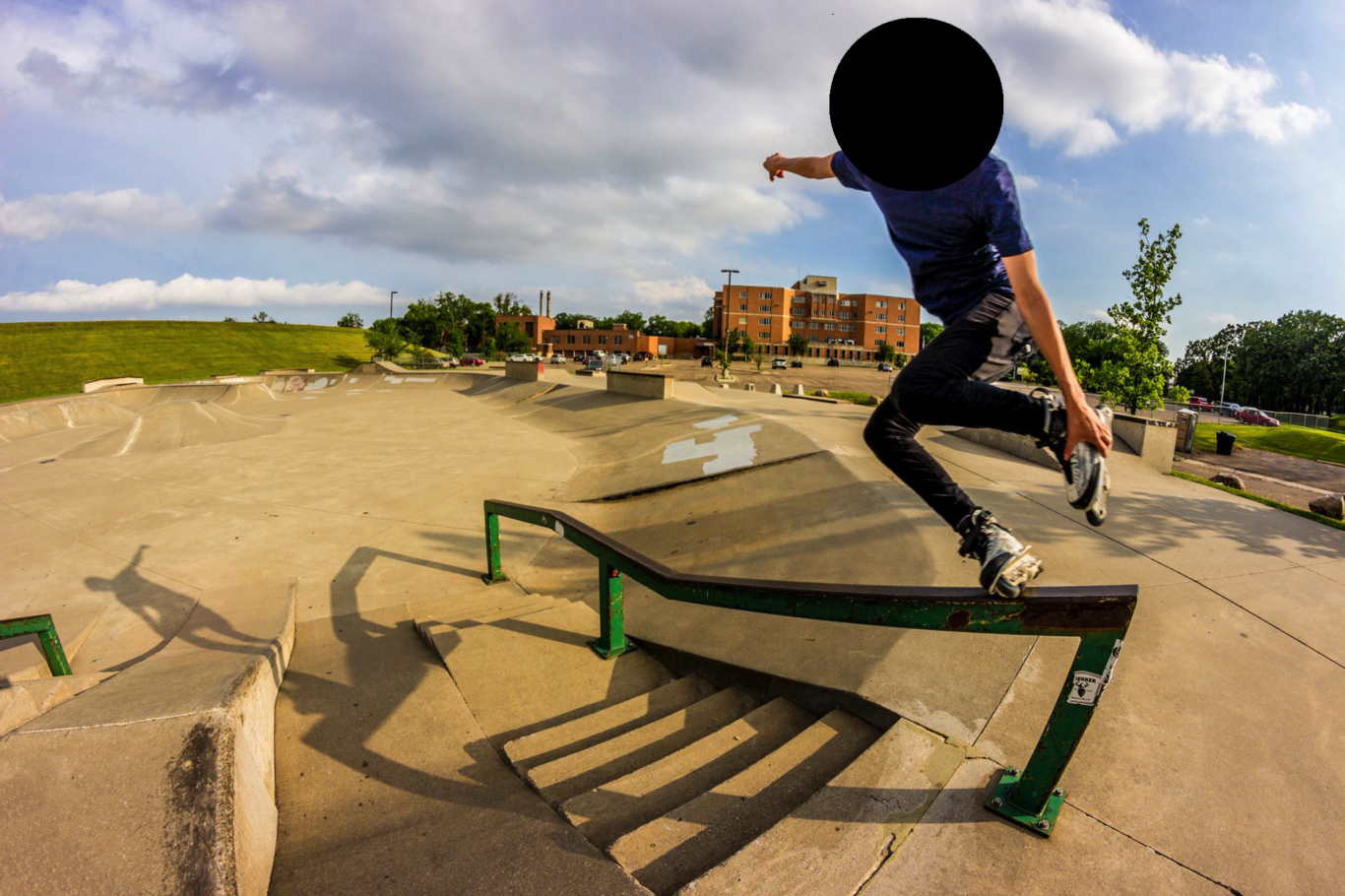 Now, I understand that in so many cases, a true assessment of this kind is not possible. Probably no one has ever successfully grinded UP a 50 stair rail, but the principle ought to remain: if you can cover up the head of the skater and not know which way the skater was going, you have a photograph of good style.

As a challenge, I’d like you to post (or share with me) any photographs of rollerbladers grinding that you feel meets this criteria. You can also let me know whether you agree or disagree with this proposal. It has its limitations, sure, but it might help us move one step closer towards objectivity on a matter, which, historically, has been heavily burdened with a great lack of objectivity.

If I get enough feedback to warrant a follow-up, I promise I’ll do so.

Thank you in advance for sharing with us, and thank you for your consideration.