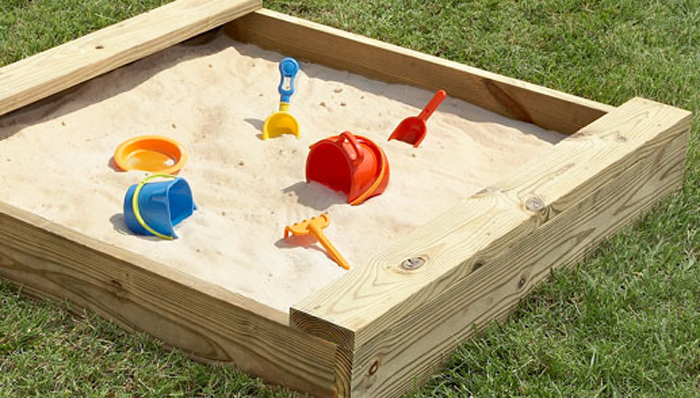 FOR YOUR CONSIDERATION: LANGUAGE AS SANDBOX

Over the last few years or so, I’ve heard the term “sandbox” being used more and more—particularly in tech domains and video game discourse. If you haven’t heard this usage, the basic idea is a kind of created “play area” designed for experimentation and seeing what works and what doesn’t—what’s possible and what isn’t. In video game parlance, I’m hearing the term used often with early stages or levels in a game in which players are being taught (or trained) how to use various controls, how to perform certain (usually) basic maneuvers, and so on.

Recently, I’ve been feeling some intuition for obvious comparisons between video games and rollerblading—or, more specifically, rollerblading and the language used in video game meta-discourse—and I wanted to have a look at the idea of Language-as-Sandbox in rollerblading discourse to see what sticks and what doesn’t. A kind of meta-sandbox, I suppose.

The first obvious connection to blading language as sandbox is a historical one. Most of us are either directly or tacitly aware of various blade lingo that has come and gone, along with some regional differences that have long since been forgotten.

For instance, I’ve heard that, in the very early days at least, NYC bladers called a soul grind a “smith grind”—from the obvious typological similarity to the skateboarding trick. Then there was the long schism between North America and Australia concerning royale vs shifty—not to mention the common (at that time) North American usage of “shifty” to mean something like “budget-ass-cheater-frontside-to-royale” for people who couldn’t do a royale straight away. Phrases like that would certainly color the opinions of Americans who (again, at that time) would hear a certain bias against Aussies doing their “shifties.” More on this in a second.

There are many other examples of “sandboxing” that we all know too well. Most of us have, in varying degrees of intensity, participated in the classic debates between farside vs topside, truespin vs blindside, various debates about what “alley-oop” means, what “savannah” means, whether someone can true-spin to a frame trick, and so on. Many years ago I wrote a piece dealing with language as an exercise of power within rollerblading, and I’m not sure how many people read that piece or felt strongly about it one way or another. In most cases, I tend to still see things that way. Culturally, we tend to isolate people whose understanding or usage differs from our own, or we tend to mock them or otherwise upbraid them into compliance—that’s what the “shifty” business was all about: trying to mock people into compliance, either by brow-beating them into submission, or by upbraiding them into “talking right.” Right or wrong, it’s about cultural dominance. One culture or sub-culture militating against another.

But seeing language as a “sandbox” really seems to turn away from that kind of cultural cultism. It prefigures rollerblading itself as a kind of sandbox, and therefore also seems to suggest that any language used to describe it and operate within it ought to mirror that playful, experimental mentality and follow suit. This is, indeed, the way a lot of us retrospectively view the way rollerblading discourse managed to coalesce around a jargon set that is largely uniform across an entire world of rollerblading.

But while we have impressively managed to create a fairly uniform “language code” for rollerblading, I wonder if the skating itself is what’s being “sandboxed” and not the actual language surrounding it. 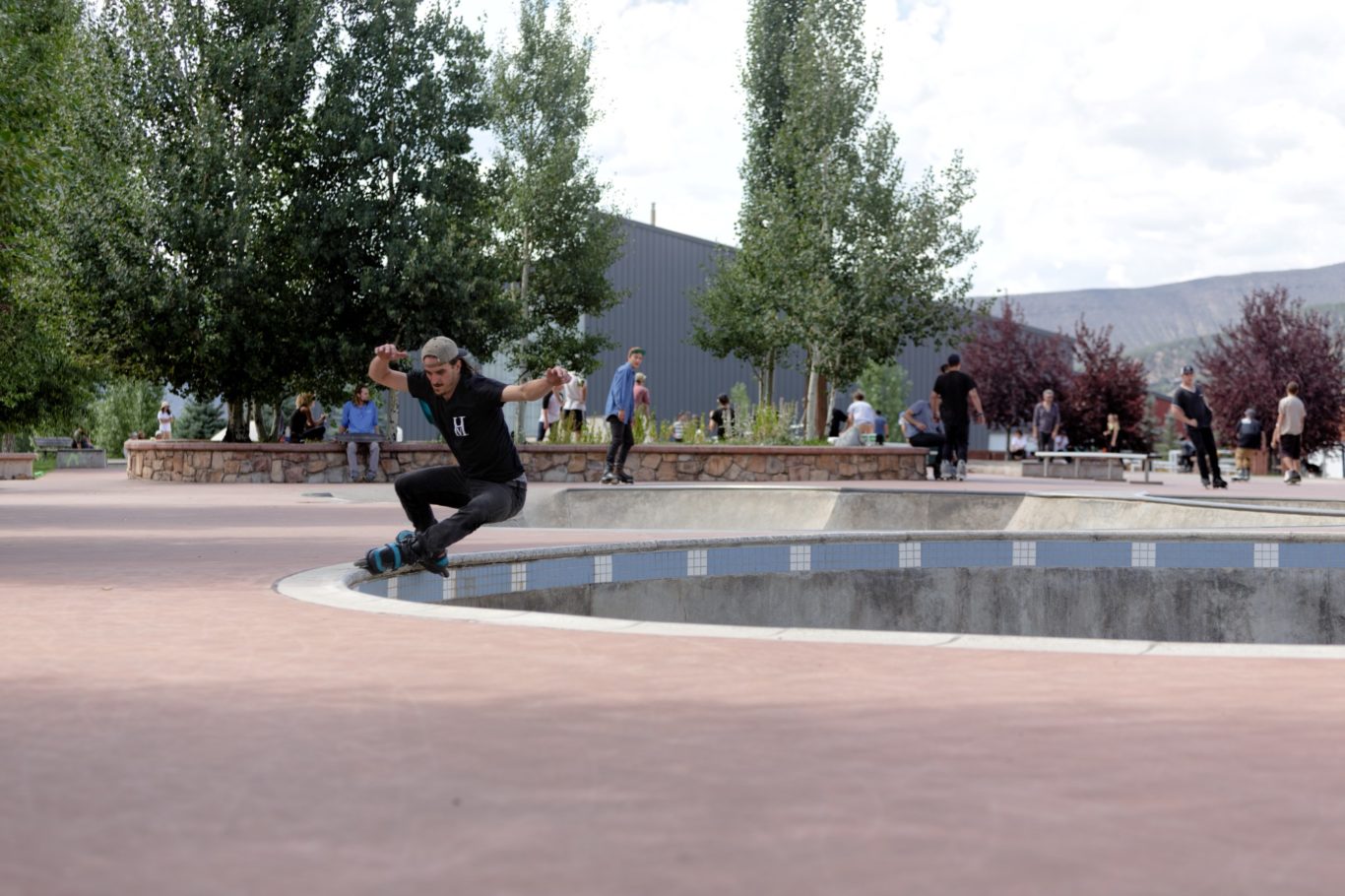 About three years ago (here in Denver), I started hearing the term “dagger” used to describe the following trick: fakie outspin 270 to sweat stance—in my own parlance, I would call this trick “outcab sweatstance.” I haven’t actually been able to track down the origin for this particular usage. If it came from here in Denver, I would suspect film maker and rollerblader Ian Walker had something to do with it… it does (to me) have a certain Walker vibe to it. But if it came from outside of Denver, I wouldn’t even know where to start tracking an etymology for it.

From a linguistic motivation point of view, “dagger” certainly seems intuitive to me, and my guess is that everybody else who uses it imagines a similar scenario as I do: that missing a “dagger” is a good way to get yourself spitted—as a missed sweat stance surely would.

Anyway, about a month ago I was at a weekly skate night here in Denver and I overheard somebody say they wanted to try a “dagger topsoul” on such-and-such rail or ledge or whatever. This struck me because I didn’t realize “dagger” had become an everyday usage, and moreover, I didn’t realize it had become “unseated” both already and so quickly.

In the business of skating, we definitely see a lot of “sandboxing.” Over the years, many, MANY things have been tried. Tricks accepted by the rollerblading community have stuck around, and the ones that were seen as too weird, or too stupid, or too easy or whatever have been caste into the waste bin of rollerblading history without much fanfare. Sidewalks? Gone. Mono-rolls? Gone. Wheel-barrows? Gone. There are zillions more. Occasionally one of these tricks will poke its head out of trash can and beg for resurrection, but few, if any, have actually been recovered from the trash. 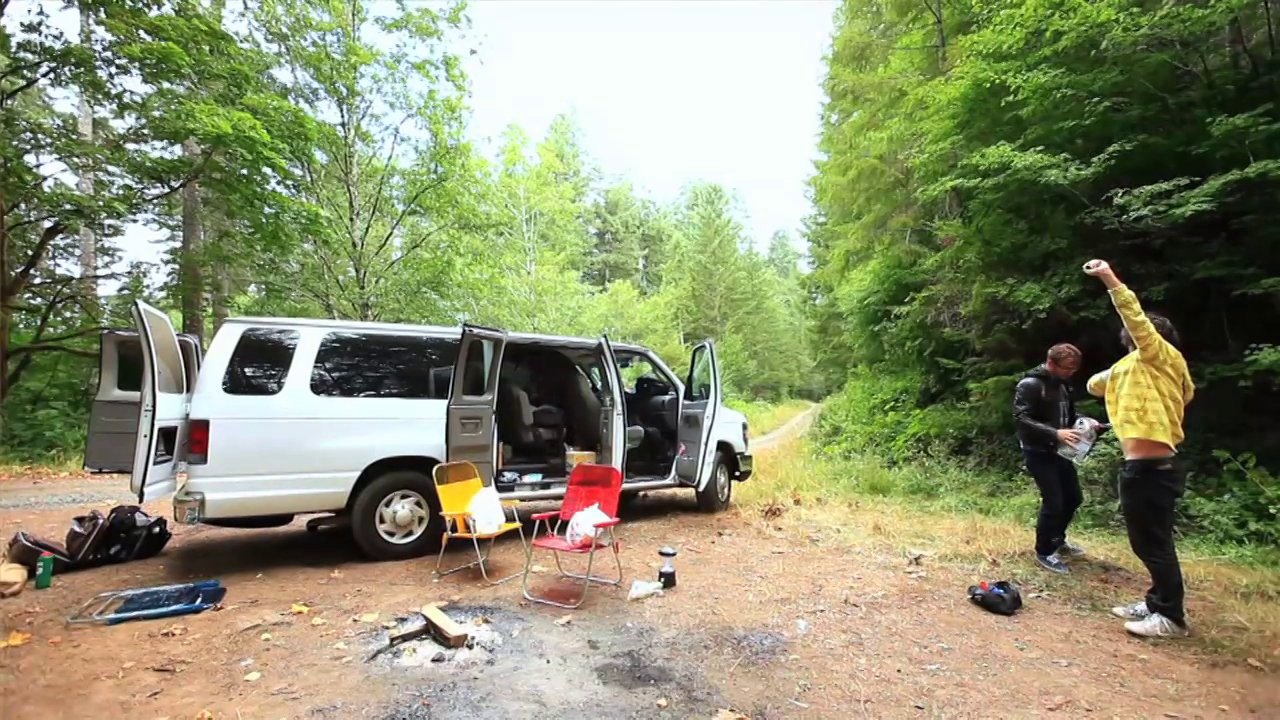 That’s all pretty straightforward. The thing is, though, sandboxing language in rollerblading doesn’t exactly work that way, and there are some important aspects of “sandboxing” that need to be teased apart and understood.

First, “sandboxing” figures its tasks as a kind of play—mostly experimental and largely free of consequence. But second, “sandboxing” is a king of game. I’ve been sniffing around some work by Wittgenstein lately (a topic I’m sure I’ll come back to in future articles), and games figure pretty significantly in his work. See, a game (in his mind, at least) is rather inimical—something with a consequence. Sure, something like “checkers” is a game in regular parlance, but, for Wittgenstein, something like Russian Roulette is a much better example of a game. To him, a game is a “rule-bound activity with a real consequence.” In his work, it gets rather more complicated than that, but for now, that working definition will do. Anyway, with Wittgenstein, you kind of quit caring that something like checkers is a game, and you look to more unhumorous matters like war, culture, language, mathematics and so on.

So, while rollerblading tricks get “sandboxed” fairly playfully, there is a real difference in the way language gets sandboxed in our culture. Language, in rollerblading, gets sandboxed as a kind of Wittgensteinian game. If you do a trick marked as “silly” by the occupants of the sandbox and you’re likely to get a kind of “LOL.” It won’t be seen as a threat because the skating itself still lives within the sandbox—that cheerful play-zone where you can do pretty much whatever you want and it will either stick or not stick—but not really come with any serious consequence attached. However, use the wrong term, and you’re gonna hear about it—and not usually very politely.

Given all of this, we can return to the “dagger” (and a couple of other examples) and to the place where we started.

“Sandboxing” makes sense for video game designers to build first levels where players are taught or trained on the rules of the game. In some games, you have to be able perform special moves or jumps or whatever, but in other games, your player might not be able to jump at all (think Mario vs Zelda here). The “rules” are different in every game, and a new player has to be taught those rules. But the video game is still, and very certainly, a game—both in the playful sense and in the Wittgensteinian sense. The term “rage quit” didn’t come from video gaming for no reason!

So, in this sense, you can see how sandboxing works in video games. You’re given a starting level to explore and experiment, but the real goal is to teach you the rules. Well, not the rules exactly, but at least the contours of the rules: you can jump here, but not here; you can do this but not that. But, you aren’t ever going to get to the actual code that governs the game while in the sandbox. However you ARE going to get functionally trained on the rules well enough to continue.

But we can do one better in rollerblading: we can actually lift up the veil and see beyond the functional training and see a real code or cultural rule at work: skating itself is allowed to live in the sandbox, but rollerblading language is a Wittgensteinian game. 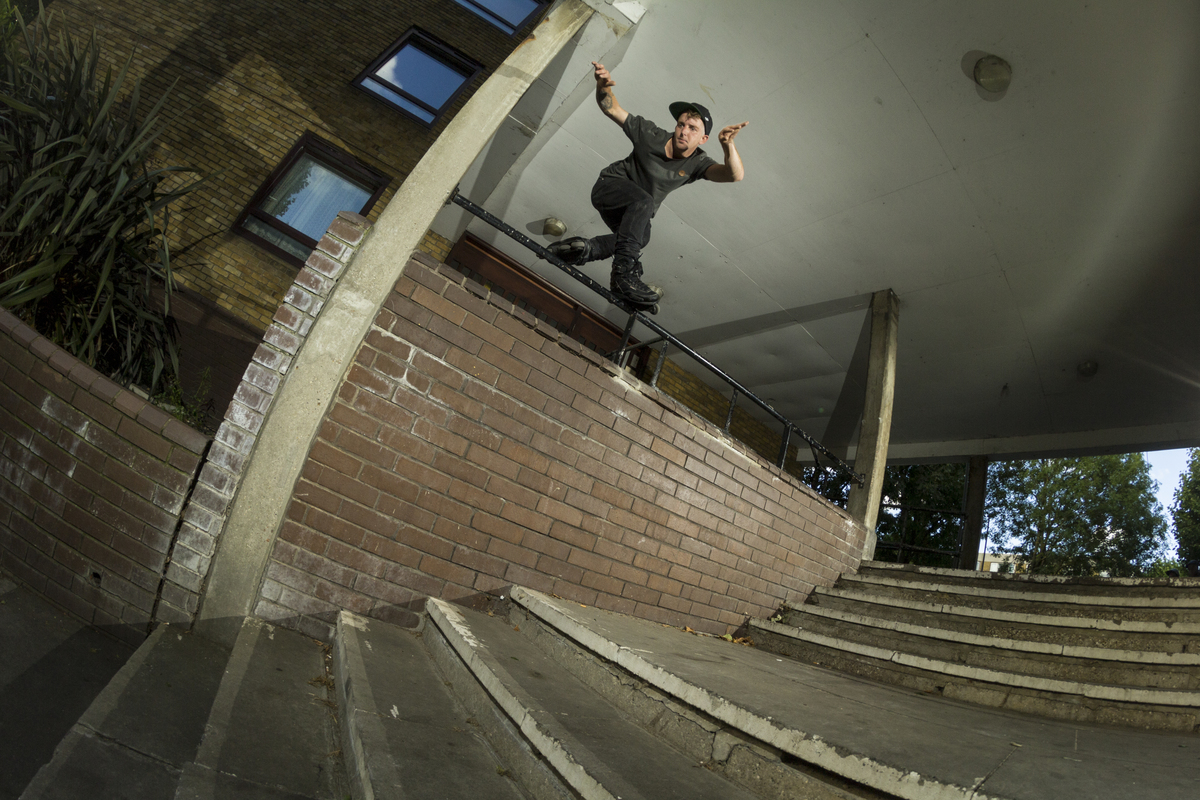 What’s clear from this as we look to the “dagger,” the “savannah,” and the “shifty” is that rollerbladers will not accept a single name for a sequence. “Dagger” implies a fakie approach, a spin, and a specific grind. “Savannah” (at least in the old sense), used to code for a spin, an orientation, and a specific grind. “Shifty” (at least in North America) stood for a trick, a change, and a new trick. In all three cases you have a single name that stands for (or encodes) several steps in a sequence—and in all three cases contemporary rollerblading has patently rejected that such a thing belongs in rollerblading parlance. Tricks are described in piecemeal fashion. No other usage will last or be accepted on any kind of long-term timeline.

As a final note here, I want to offer some additional, if circumstantial evidence. In some very interesting ways, we can see Mushroom Blading as the most freeform, the most experimental, and the most “sandboxy” kind of rollerblading out there. So I asked Joey McGarry whether MB trick names follow suit with the rest of rollerblading language, or whether their parlance allows for sequence-trick names (like dagger, [the old usage] of savannah, and shifty) and he gave me a long list of trick names—none of which named a whole sequence. None. Everything was written as such-and-such a thing TO some-other-thing TO some-final thing.

I’m going to try to get more articles written, and I’m open to any ideas or suggestions of topics you’d like to see me include or incorporate. My re-start here may be a bit bumpy, but I’m hoping you’ll be in touch as I get things going again.

And, as always, thanks so much for your consideration.