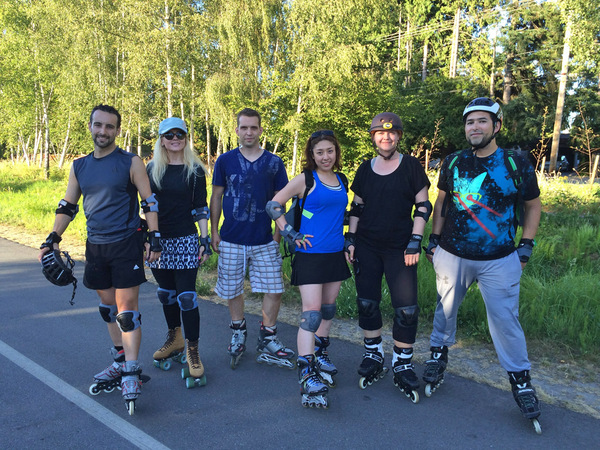 FOR YOUR CONSIDERATION: The Myth of the Blade Fam

In linguistics, we have a term for the kinds of words that can mean anything. Literally anything. No matter what you look at, point at, speak at… BOOM, there it is.

Unlike my normal articles, this one isn’t going to be chock full of fancy vocabulary or hard to nail down ideas. Maybe think of this one as being a For Your Consideration LiteTM.

Our operative jargon term for this episode is the word ‘index’, and we’ll use it to have a look at the notion of family and the so-called ‘blade-fam’ in Rollerblading, but first, we need to make sure we’re on the same page with what an index is. 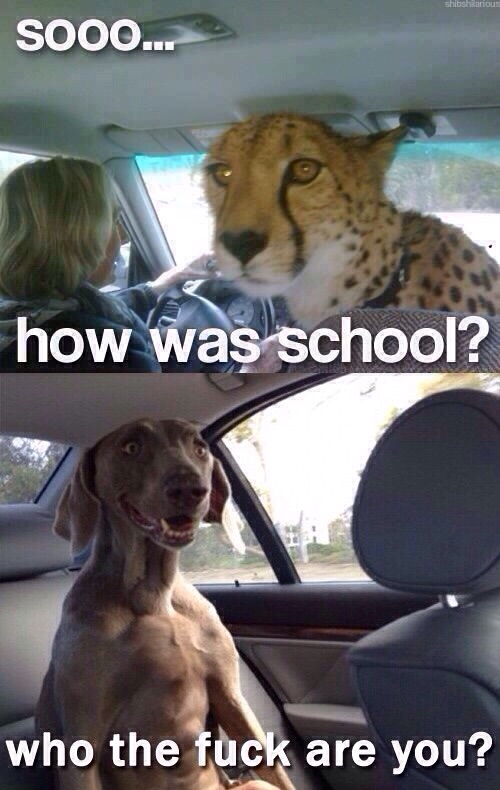 So let’s start at the beginning. An index is pretty much any word that refers to anything you need it to refer to in a given instance. Aside from the articles (in English, “a”, “an”, and “the”) and the prepositions (again, in English, words like “of”, “from”, “around”, “about”, etc), indexes are probably among the most common words you say. They include words like “I”, “you”, “this”, “that”, “those”, etc.

The thing is, there is no one “I”. If I say “I”, I’m referring to myself. If YOU say “I”, you’re referring to YOURSELF. So just like that, a single word covers everything necessary to name you, and, at the very same time, covers everything necessary to name ME—and everybody else for that matter. The word “I” indexes off of the speaker—which is how “I” gets its meaning in most cases.

The same thing is true of the word “this.” If I hand you an object and say, “Here, have a look at this”, you index the meaning off of the thing I’m handing you. As you can imagine, words like “THIS” can mean, quite frankly, literally anything.

A good way to think of indexes is to think of them of as blank place holders. They aren’t really things, per se, but they do point you, usually, towards one unambiguous thing. There are a whole mess of theories in a number of different disciplines that deal with relevance, expectations, and a host of other complicating factors, but for our purposes, an index is basically just a word you use to point at something, just like you would with your finger.

Other words aren’t quite as “blank,” but are still considered “indexical.” Take the word “him.” Suppose you say to your homeboy, “Holy shit, look at HIM.” In a case like that, “him” is a little “less blank” than a word like, say, “it”. Here, “him” gives you the clue that the thing you should look for is a person, and specifically, that person is one with a gender; and so your homeboy wants you to look at some sort of dude—rather than some sort of woman, and probably rather than some sort of child.

Now. If we look at the word “family”, we see that it’s also indexical. It means, basically, whatever you think it means—which is especially problematic in Rollerblading discourse, because it gets thrown around quite a lot. For most of us, family is a wholly different concept from your own specific family—whatever that might entail. Most of us—particularly in the West—tend to imagine something like The Simpsons. You expect (probably) a family to have some sort of parents, some sorts of children, and some sort of grand parents. You probably also expect for there to be some sort of cousins, niblings, avunculars, other kin, and probably some sort of “family friends.” In general, you probably think of them all as being sort of “50th percentile” people: not too rich, not too poor; not too nice, not too mean; not too tall, not too short, etc.

But even then, relative notions like those are subject both to your own expectations as well as the expectations put in place by societal mechanisms (like TV shows, political talk, movies, civil discourse, schooling, etc.).

So when some rollerblader goes on a trip and starts posting Facebook pictures saying things like “So good to be back with the Blade Fam again…” we aren’t really in a good position to understand what he or she means, exactly.

In general, I think we’re suppose to index off of some amorphous set of shared cultural values and understand the use of ‘family’ there to be something good—as if it’s good to see one’s family after a protracted time apart from the family.

If I show up in your home town at your parents’ house and say, “Mom, Dad… it’s me! I’m home!” they’re going to be quite confused. (Note that every word in those two sentences is an index…) They’re going to look at me and say, “You’re not MY son”; “This isn’t YOUR house.”

To use some internet lingo, your mom and dad are going to look at me and say, “LOL, WTF, ROFL, GTFO.”

The so-called “Blade Fam” isn’t different from that.

Either one of us will instead call some member of his own—private—“Blade Fam” and ask for some couch space there.

Worse still, almost all relationships of this sort in blading are what we might call ‘unidirectional.’ If Haffey does show up in Denver and call me, I’m most likely going to say, “Holy shit, man! Good to hear from you! Of course you can stay on my couch!” Some of us might even be so flattered to say, “OMFG, yeah, you can sleep in my bed. Me and my wife will sleep on the floor with the dog. What kind of coffee do you like in the morning?!”

Long story short: if I show up in Los Angeles, I don’t have high hopes Haffey is going to need to know what sort of coffee I like in the morning.

The point is, when you talk about the ‘Blade Fam’, you aren’t actually talking about THE Blade Fam; you’re talking about YOUR Blade Fam. Not everybody has the same access to everybody in the larger ‘family’, which really makes me wonder what sort of family we’ve got here.

It’s worth stating, too, that there are many, many complicating factors beyond mere indexicality at work here. But, in the interest of keeping my promise to avoid a lot of complicated and jargon-laden things in this post, I’ll just have to leave this topic alone for the moment. It should suffice to say, though, that from the perspective of linguistic indexes, the notion of family in rollerblading is, quite simply, a myth.

I’ll take this topic on again in a few weeks to get into some more nitty-gritty, but until then, and as always, thank you for your consideration.

(*with apologies to the good Mr. Haffey. I’m not intending to be fussy here; I’m just using his name as an index (or surrogate) for “Blade Royalty”).