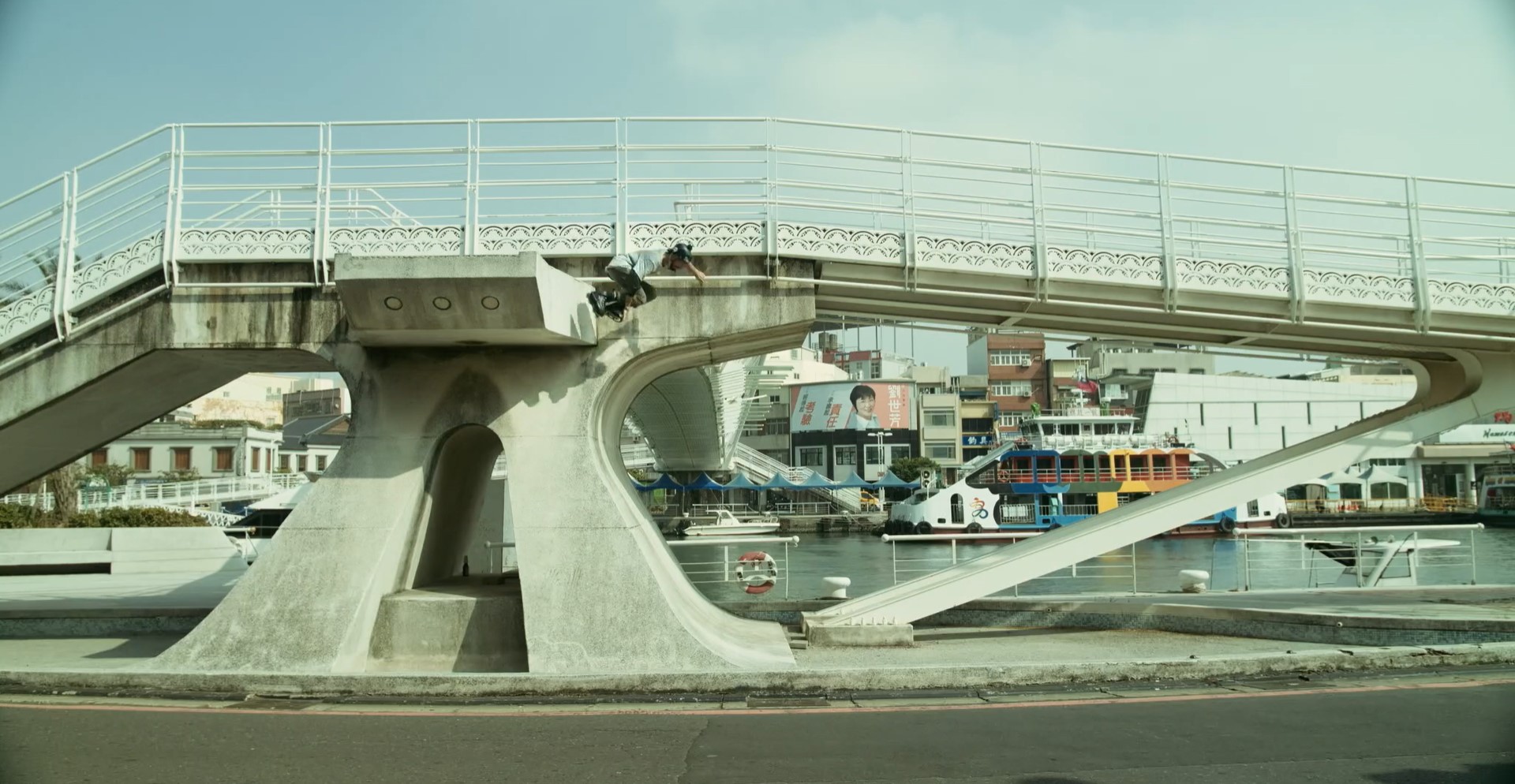 The third installment of the Cayenne Project video series titled Formosa, which was named after the island that Taiwan is situated on and where the video was filmed, is finally available online for absolutely FREE!!! Formosa was produced by Be-Mag alumni and overall badass, Freddy White and shot and cut by Benjamin Buettner and Karsten Boysen . The video features the usual Cayenne crew of blading’s biggest superstars such as Richie Eisler, Scott Quinn, Chris Farmer, Josh Glowicki, Joe Atkinson, David Sizemore, Dominik Wagner, Chris Smith and Carson Starnes filming on the beautiful streets of the Republic of China.

One of the things that separates the Cayenne Project videos apart from other current videos released is the amount of effort that videographers Benjamin Buettner and Karsten Boysen take in expressing the unique culture that the crew has immersed themselves into. The video shows the guys weaving through the busy Taiwanese streets, dodging densely packed crowds of pedestrians and skitching rides from friendly motorcylists who were more than willing to give the squad of super-friends a free ride to their desired destination.

Visually Formosa is a masterpiece that looks closer to the sci-fi classic Blade Runner than it does an actual blading video. Everything about the video seems cutting edge, from the mind-blowing skating from some of the best pros in the world, to the immaculate filming and upbeat editing, Formosa is one of the most well-rounded blade films ever created.

So do yourself a favor a peep Formosa now!