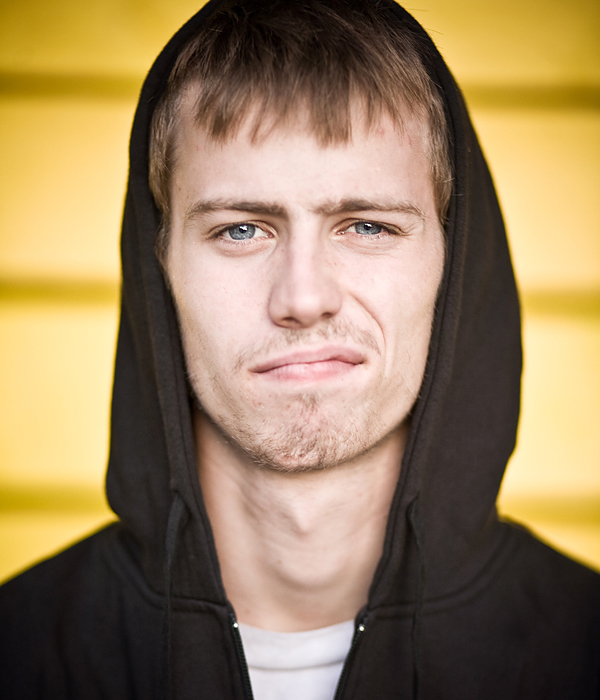 Hey Jacob, how you’re doing these days? How does your normal day look like?
I don’t have the most chronological schedule for my day, but I´m going to school and try to stay there for the five hours. Good day will be, when I say something wise. Having some coffee and talking to some class mates in the break.
Driving home on my bike takes me 5 minutes. See if it has been raining, and if not, go home, grab some food, pick up my skates and head over to the skatepark. Get to skate maximum four hours. And if I am broke, what I usually am, I will have to go to work for another four hours, food delivery.
When I get home in the evening I like to cook some food, mostly I make a lot, so that I have for the next days. Time runs late, but after sitting four hour on work, I have been able to talk to my friends, mostly over FB, and have therewith already planed with whom of whom I will spend the rest of my evening with. So then all my interests fall into place. Mostly get home really late and have an hangover to take care of the next day.

Hows Copenhagen in the winter?
we have been unable to skate outdoor since beginning of november, so I go to a couple of indoor spots. Lately I have been driving with some friend to a skatepark that is a half an hour away, and that takes most of the day. if we do that i cant go to work, so I have to decide.
besides the wintertime is packed with rain and some snow from time to time. It does get down to minus 10 in the night. So I am still able to be outside with some warm clothes.

You want to give us a little wrap up of how your 2012 looked like?!
I had saved a price, that I won at the SRSC CPH in august 2011. I won a return ticket to LA.
On February 19th, my friend and I flew over to stay there for two month. We bought a little van, slept in the back of it and traveled around California and Las Vegas, Tried to make some small edits with skating and me rapping, but it did not fall in the right place for the viewers. It got taken of the web again and we stopped doing that, and just had the vacation we came for.
Met up with some of my good old friends, Kato, B Bell, Erik and the long beach crew. B Bell will hopefully drop an edit from our whole trip soon next year.
After America I got back to school in March, then summer holidays that always begins with the Roskilde Festival. This year it was a blast once again.
Later we went on a 10 days Europe tour on inter rail to Barcelona and Marseille. In Marseille I tried the legendary downhill. I was scared, and still shaking an hour afterwards.
Back at home I won the SRSC again for the 7th time in august.
In the fall I went on small trips to Poland, Sweden and Germany.

Any specific moment or experience that stood out in 2012?
Getting to film and edit my own style, even if people do not like it.

Whats planned for 2013 so far?
Get to skate without too much bullshit.