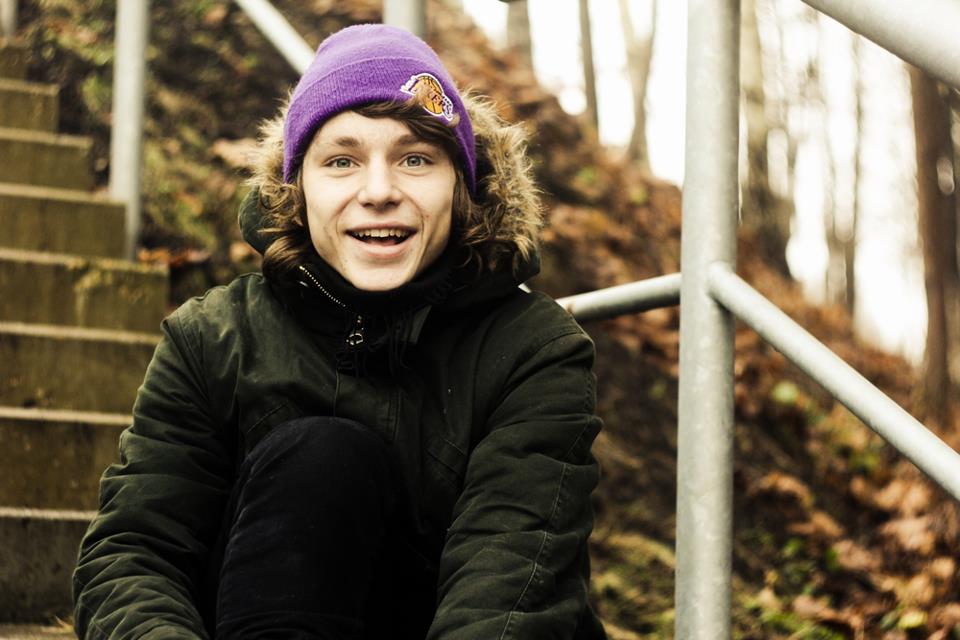 Hey Nils, how you’re doing these days? How does your normal day look like?
I’m very good, thanks. I have been home for a while because of studies and Christmas and just been skating a lot in two indoors we have. My normal day depends of what I have in plan. I go blade very often, 3 days a week I go to school, might go ski, live with my parents. Normal day could be like getting up at 12.00 nice break fast with coffee then off to skatepark with the homies, skate hard, then meet my girl, have another coffee and eat, then off to school, then back to my girls place, dinner, movie, sleep, get up and take my girl to school 8 in the morning and then just another day starts and who knows where i will end up.

Hows Riga in the wintertime?
Stupid cold and at the moment just not nice, it’s not even white snow now but it’s snow mixed with mud. But when it’s super snowy I like it, when just everything is white and u have warm glows, hat and a scarf and winter boots- then it’s really nice.

Tours:
Bladelicious tour around Baltic states
Hedonskate summer tour (Sweden, Poland, Germany)
West cost mini tour
It’s always a little bit of touring when I go to events as well, because I don’t know exactly what to expect or where I will stay and where I will end up.

Video parts / edits you’ve worked on:
One minute One spot for Be-Mag
WRS Uploaded Section
5 lines which didn’t need much work
could that be it!!?  i guess so ha

Injuries:
Twisted/ smashed my knee pretty bad
Twisted wrists which I can still feel at this moment as I’m writing this
Twisted ankle during Ponycup, ankles are the worst thing to fuck up.

Any specific moment or experience that stood out in 2012?
Winterclash– amazing feeling to skate in the finals with that massive crowd going crazy.

Best in 2012…
Travel buddy: Always great to travel with Josh and Freddy.
Event: Winterclash for sure, but that doesn’t count because it just is the best event. so i’ll have to say Shred Cologne
Country: Germany
City: Berlin
Online edit: Sizemore WRS
Meal: I had fondue for the first time in Geneva and it was awesome.
Song: London Cowboys – It takes time
Girl: My girl
Blader: Richie Eisler
Website: youtube.com
Company: Hedonskate
Movie: Jeff, who lives at home
Beer: Just beer
Party: I guess I cant remember the best one. haha probably some party here in Riga. but I don’t do party very often.
Trick you filmed: Haven’t filmed a lot of hammers this year, but i guess the ender for WRS uploaded section because it took like 15 tries and every time I missed the small playwood landing I smashed my self into the ground.

Whats planned for 2013 so far?
Film section for BHC DVD. Just travel around to new places, meet cool people, skate hard. film more stuff and just do more. Be better. And get kids into blading. Peace!