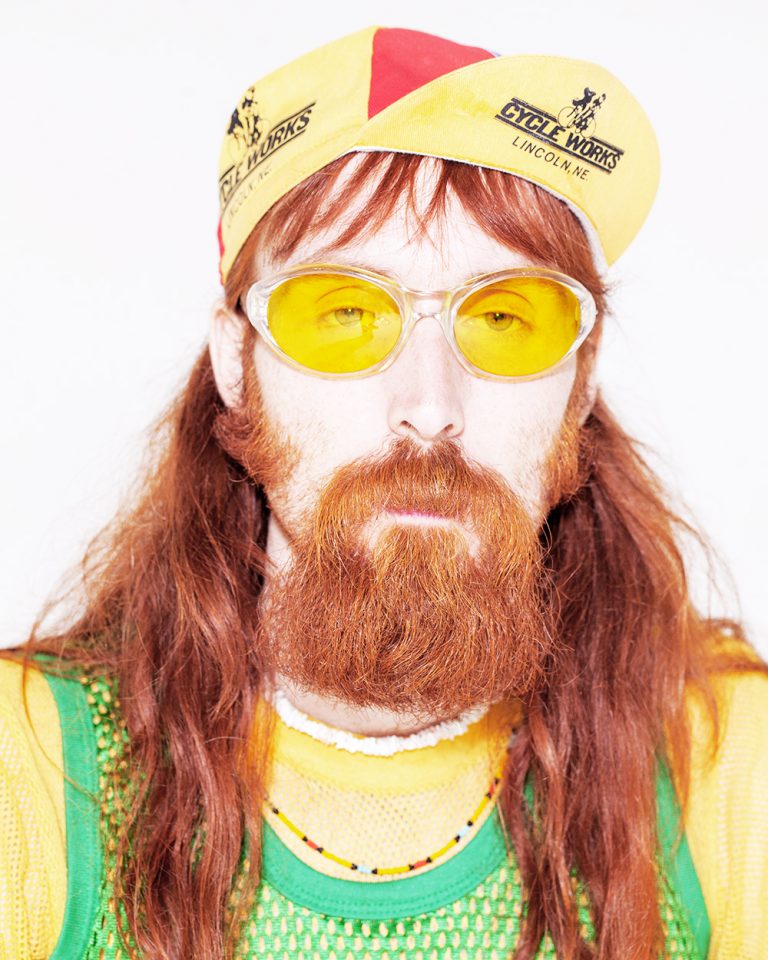 In honor of the upcoming 2018 Blading Cup, we are asking a handful of individuals throughout the industry about their past experiences with the staple competition and what their expectations are of this years event. For this installment, we chat with the great Robbie Pitts, who recently released his VOD, Burn LA. 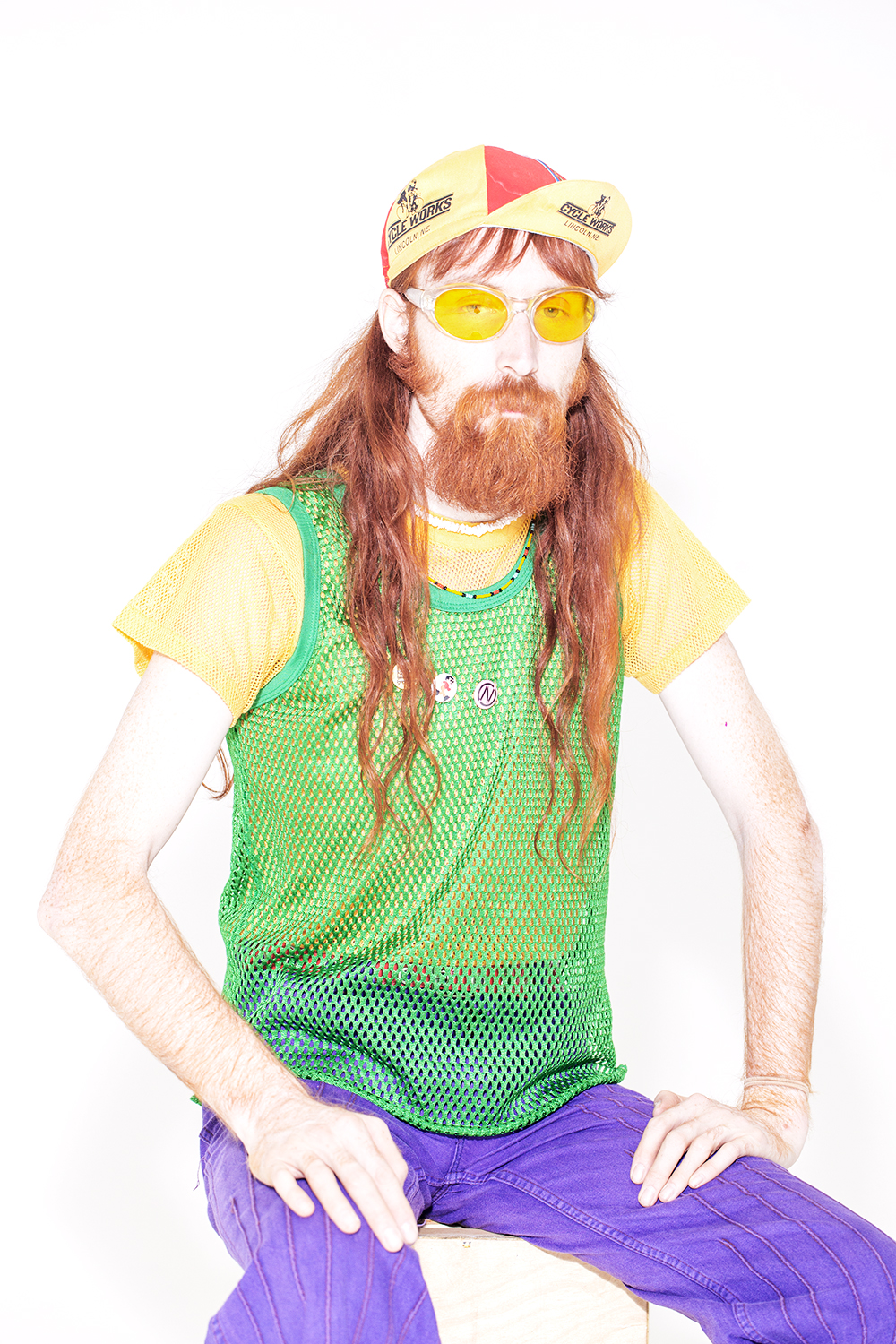 MY FIRST BLADING CUP WAS…

My first Blading Cup was 2014 when the street course was first setup in the middle of 4th Street.

Every Blading Cup ends up being memorable for one reason or not another, so it’s really hard to pick a favourite. At the core of it all, Blading Cup is simply a great opportunity to catch up and skate with mates I haven’t seen in a while. But to be specific, 2016 was a special one for me as both PAYCHECK and CHAPTER II premiered that evening—so that one holds a special place in my heart. But then equally last year I had the honour of presenting a retrospective screening of Jon Julio’s career through the first internationally organized BLADE-IN CINEMA. There’s always going to be something that makes Blading Cup a special one. This year should be no exception to that either.

I’M GOING TO THIS YEAR’S BLADING CUP BECAUSE….

It’s always fun! Blading Cup is representative of a lot of the great aspects of the culture. Whether it be the community, the industry or the competition itself, it’s a fantastic way to get together and celebrate the culture with an array of people all interested in inline skating. Plus there’s lots of goodies to look forward to with WE ARE VALO 6, THEM & BLADE-IN CINEMA.

I LOOK FORWARD TO ( X ) AT THIS YEAR’S BLADING CUP BECAUSE….

Really just seeing everyone together is enough of an awesome experience for me, but this year I’m thoroughly looking forward to seeing some special guests as apart of Brandon Negrete’s BLADE-IN CINEMA. And of course, one of my best mates is visiting from down under: Gav Drumm! 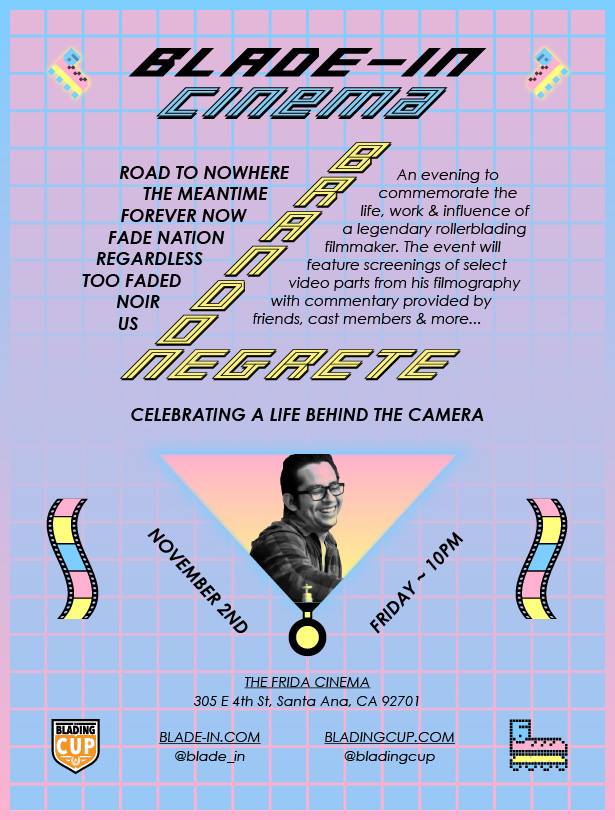 Blade-In Cinema will celebrate the life and work of the late Brandon Negrete at this year’s Blading Cup.

I THINK ( X ) IS GOING TO WIN THIS YEAR’S BLADING CUP BECAUSE….

I think Inline Skating as a whole is going to win this year’s Blading Cup because of the sheer amount of support and enthusiasm for the event. From my vantage point it appears that the attendance level seems to have multiplied from previous years—or perhaps at least diversified as so many people are traveling from different areas of the world to attend. It’s very exciting and encouraging to see so many people supporting the event in any which way that may be!

The 2018 Blading Cup will take place November 2nd and 3rd in Downtown Santa Ana, CA.
You can learn more about the event here.
You can read more of the My Blading Cup features here.