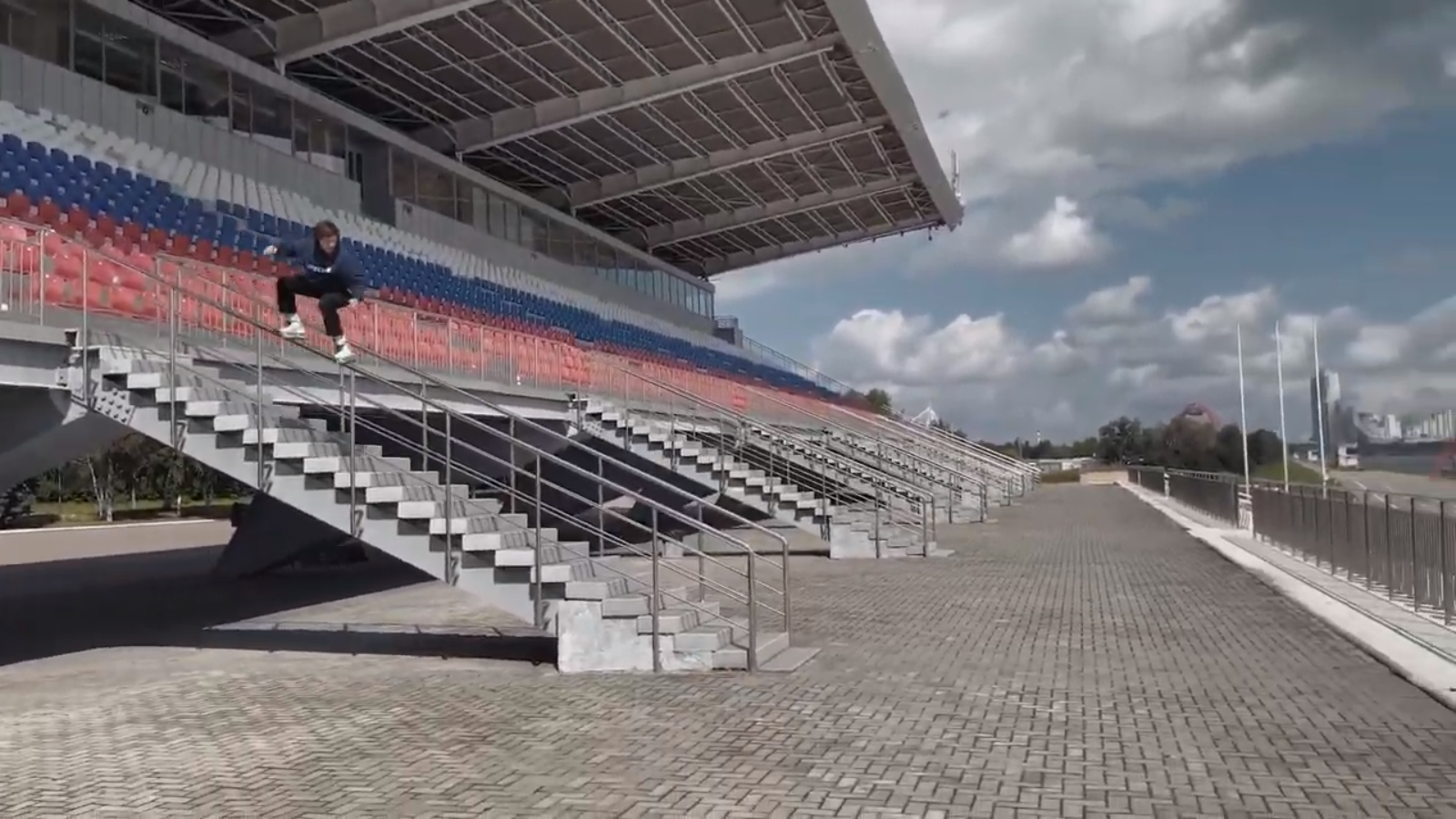 The Russian wildman Grisha Mikhalitsyn has dropped another stunt filled profile filmed in the summer of 2020 in the majestic capital city of Moscow, Russia. If you haven’t heard of Grisha before, he is in my opinion one of the most underrated bladers in the world and although he has been releasing consistently impressive profiles year after year, he still seems to fly under the radar for some bladers. Well, this short profile from Grisha will hopefully change that perspective!

In the video Grisha finds some of Moscow’s most intimidating architecture and proceeds to lay down the hammer again and again. This video is another perfect example to provide to all the naysayers that blading doesn’t go as big as in previous years. So next time you hear a blader that likely hasn’t strapped on boots this century spouting nonsense be sure to drop this gem from Grisha on them and watch their jaws drop.