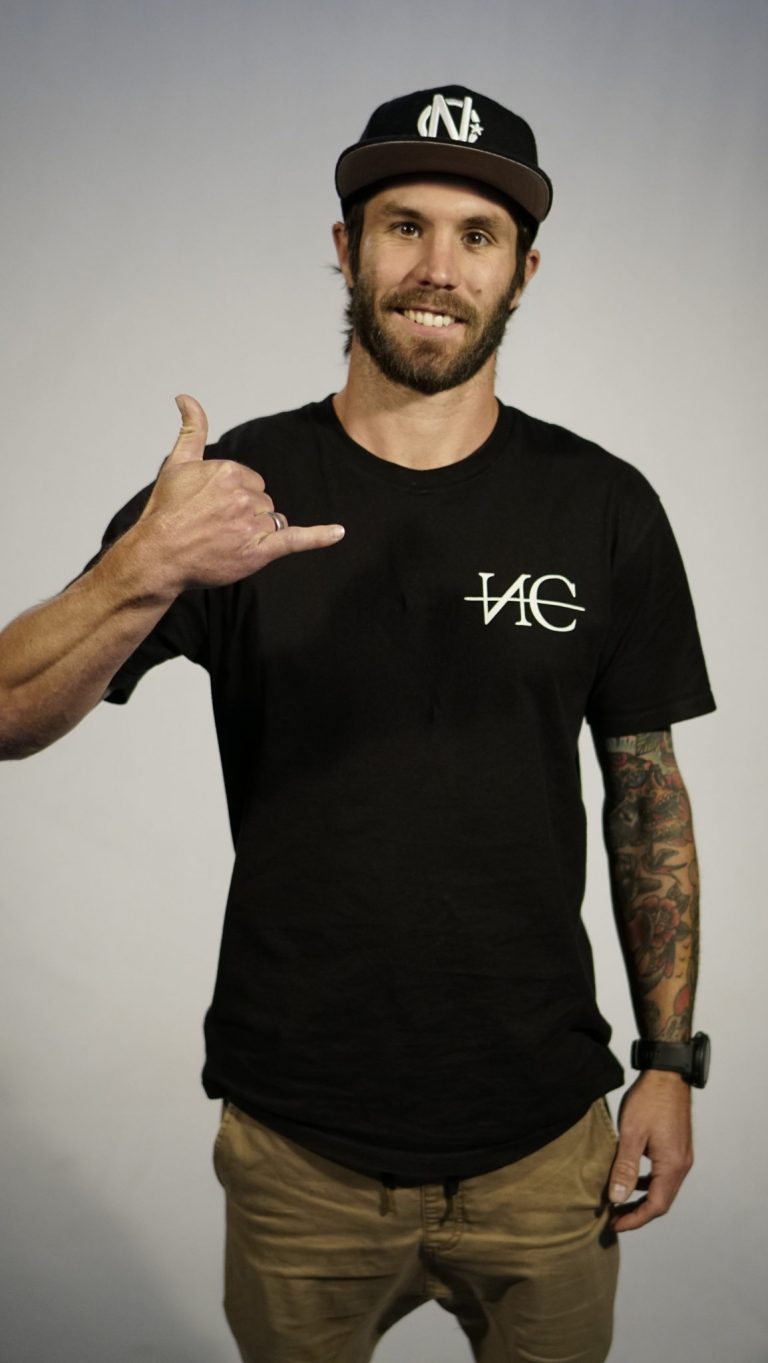 HAFFEY: Blading taught me I can achieve anything 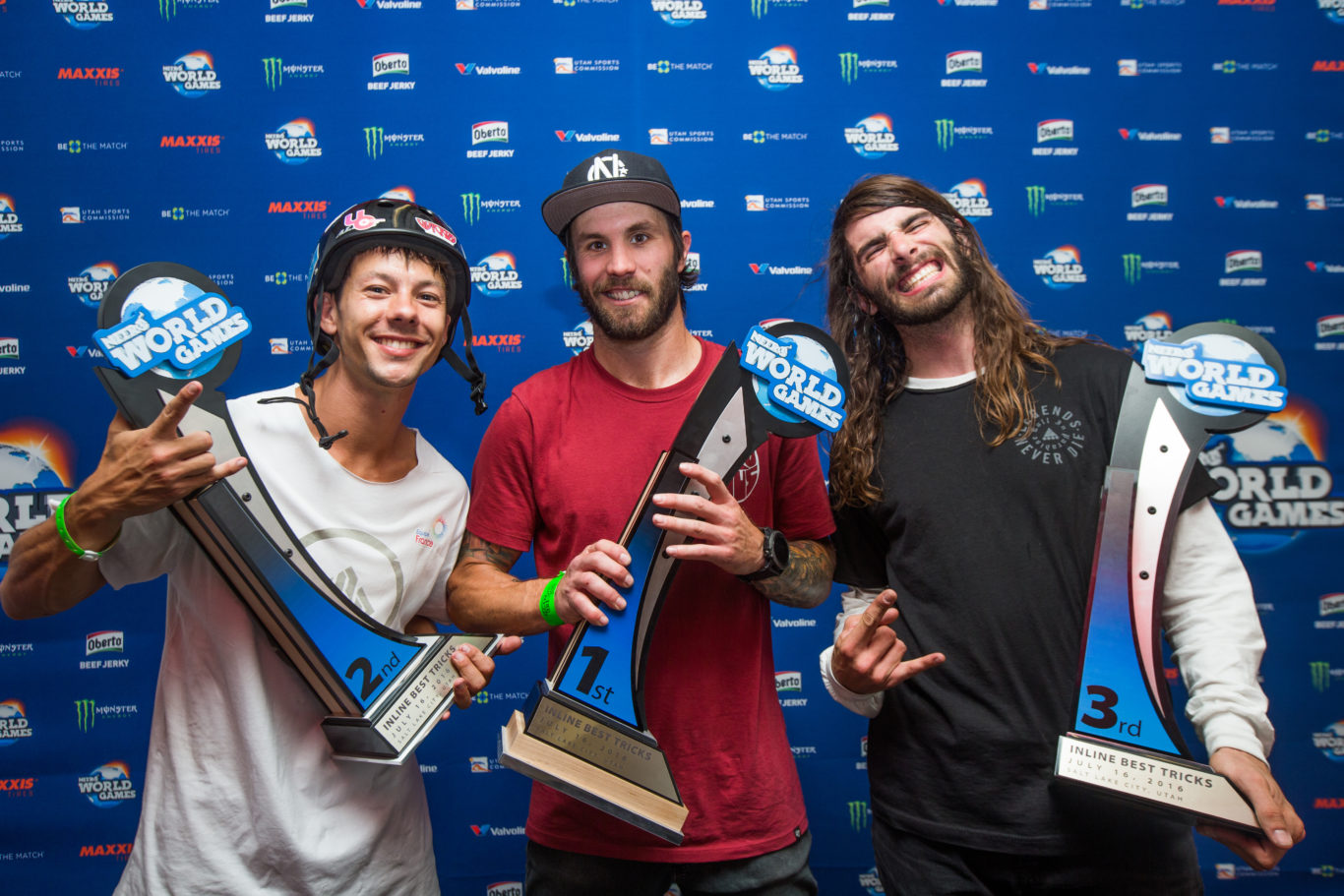 During the past two decades in rollerblading, if you tried to predict if someone is going to make it big, you sure as hell had your hits and misses. There have been people featured in Be-Mag, Daily Bread, DNA, Unity, Fourinarow and other now long gone publications, that tricked us (pun intentional) into believing they were the next big thing. They filmed a great section for some of the influential video series, like VG, Hoax or Life+,got an interview printed, only to never be seen again, or they kept skating for the love, not really realising their potential, for personal or whatever reasons.

But with Chris Haffey, your bet is as safe now as it was 16-17 years ago (Yes, that’s how long ago), when he was first featured in the Up & coming section of Daily Bread and the Street Dwellaz series of the late and great Bryan Bell.

Chris just won the Nitro World Games, as one of the five finalists of the rollerblading event, having competed against rollerblading heavyweights CJ Wellsmore, Roman Abrate, Dave Lang and Wake Schepman.
He was kind enough to share his thoughts about the competition with us at Be-Mag. 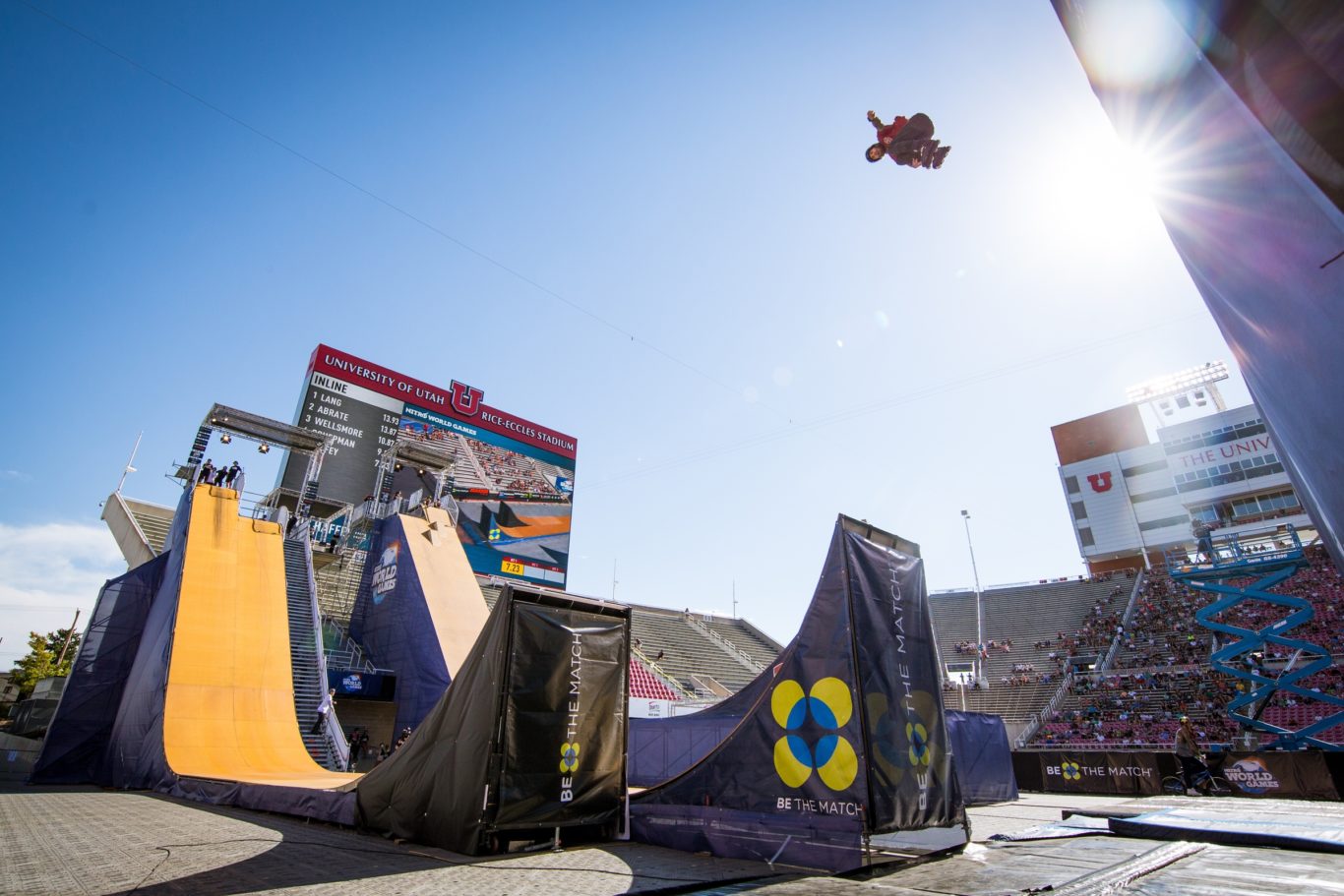 How was it competing and winning against Abrate, Lang, CJ and Wake? Did they make you go that extra mile on your tricks in the finals?

This competition was incredible! The way the format worked and the attitude all of us had made it feel much more like a session than a competition. Winning was cool for sure, but honestly the biggest victory was what all of us were able to do on that stage for rollerblading. Everybody killed it!

In terms of going the extra mile in the finals, because of the format it didn’t feel that way. We all only got three hits each and two highest scores counted so the pressure was on before anyone even dropped in.

What usually goes through your head when you’re standing on top of the ramp, before dropping in?

When I was up there for the contest I had to just trust that I had done everything I could do to properly prepare and trust my ability to do it. Honestly I had kind of a stressful week leading up to the event, so when I was at the top of the ramp I had to clear my head and just be in the moment. Thought is kind of your enemy when it comes to situations like that. When you’re able to clear your head of everything that’s happened up until then and just be present that’s when you will perform you’re best. Luckily I was able to do that this weekend and ride to the best of my ability.

How much practice do you think is needed to handle the mega launch ramp? Do you feel you maybe had a bit of an upper hand being on the Circus for some years now?

I think it’s hard to say. Some people can jump straight on it and figure it out quickly and others need more time to get used to the speed and Gs through the transitions. CJ jumped on it and started landing tricks straight away. Like anything though the more you ride something the better you are going to get at it.

I’ve been riding this ramp for 6 years now so to say I didn’t have an upper hand would be ridiculous. That being said it definitely wasn’t a blow out of any kind. Everybody who got on that ramp that day threw down and it was a very close contest. 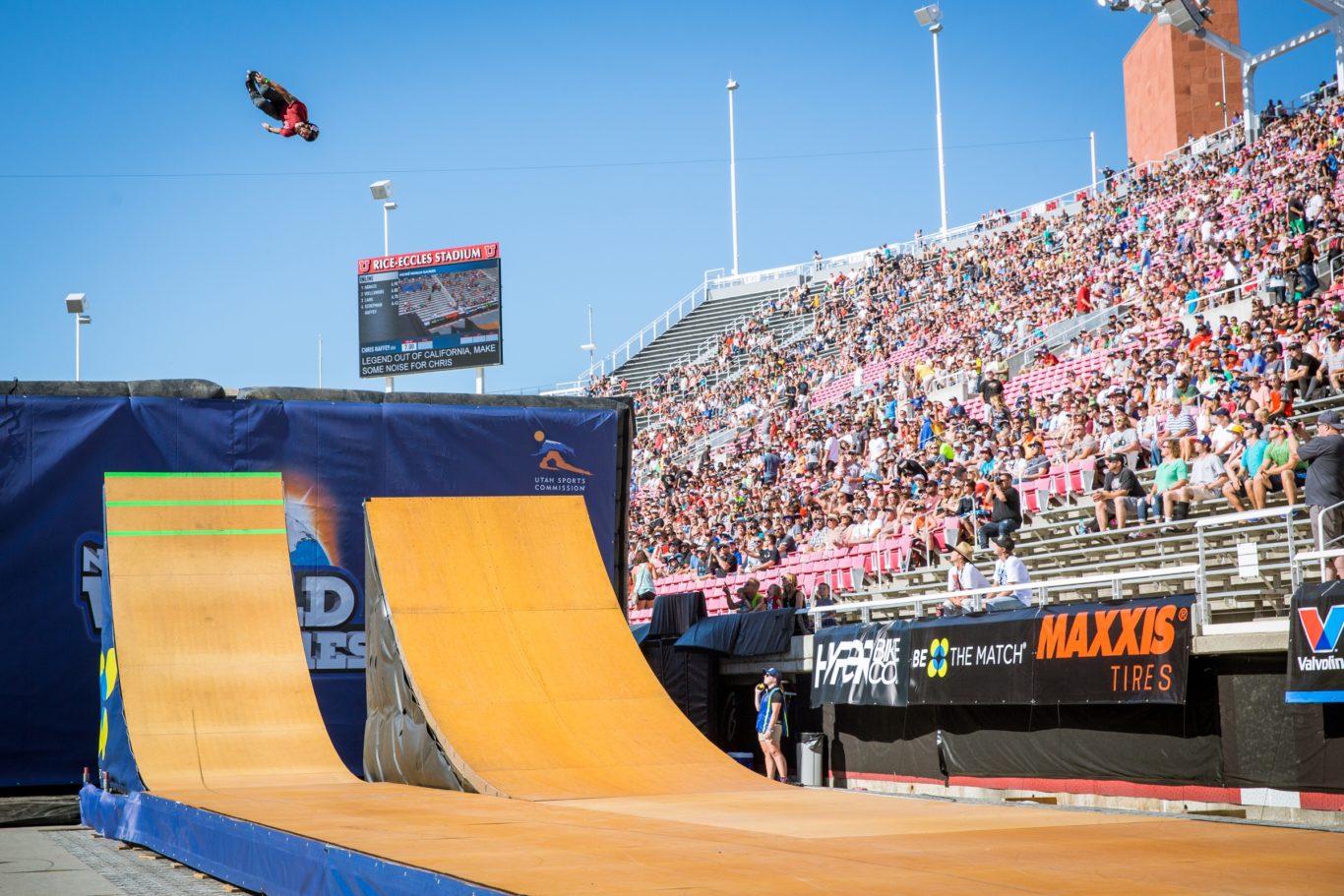 Being a member of Nitro Circus, could you tell us a bit how much effort was put into the whole event and the rollerblading part of it, specifically?

It’s hard to put into words how much effort went into the entire event. If you were there on the day and saw everything that was happening in that stadium you would know what I mean. In terms of the rollerblading part it was equal to any other sport there. We had a lot of changes during the week that needed to happen to make our contest the best it could be and the production crew were insanely accommodating to our needs and put in a lot of work for us to make it a reality. To be honest I was a bit disappointed in the rollerblading community for all the negativity being spewed all over the internet about the event. Im pretty good at ignoring shit like that but the sheer volume of ignorant comments based on assumptions was ridiculous.

Our event was never meant to be a part of the live broadcast. We did not get dropped. It’s logistics. You can’t air a 4 hour event live in 3 hours. Nitro doesn’t owe rollerblading anything. They didn’t even have to put us in the comp at all, but they did. We were given a chance to show up and prove we deserved to be there and we did exactly that. I can only see things getting bigger and better from here. The way the world works, if you want something you have to put in the work to get it. All I can say is Roman, Dave, CJ, Wake and I showed up and did work. It was extremely disheartening to see so much negativity from our community after such an insanely high level of positivity at the event. Nitro’s CEO, Travis, the event organizers, and everyone from the other sports were so stoked on us – literally the only negative feedback we got at all was from within the rollerblading community.

To wrap it up I was beyond happy with the event and Nitro’s effort towards our comp specifically. I am already looking forward to next year!

How much were you involved in the planning?

I was kind of involved in parts of it at first. They would ask me for information but never brought me in to plan the event or anything like that. Eventually Chris Fowler, who has organized inline events for years including Asian X games, came on as the event organizer for blading and scooters contests.

Will Nitro World Games be back next year and will rollerblading be a part of it again? Will we see a Nitro X Haffey invitational any time soon?

Nitro World Games will definitely be back next year, but that’s about all I know about it at this point. I can not imagine a Haffey invitational is something we will ever see. I have a long list of goals I’d like to achieve and that isn’t necessarily at the top, but who knows what the future will bring. Blading has taught me I can achieve anything I set my mind to, so the bar is set pretty high. 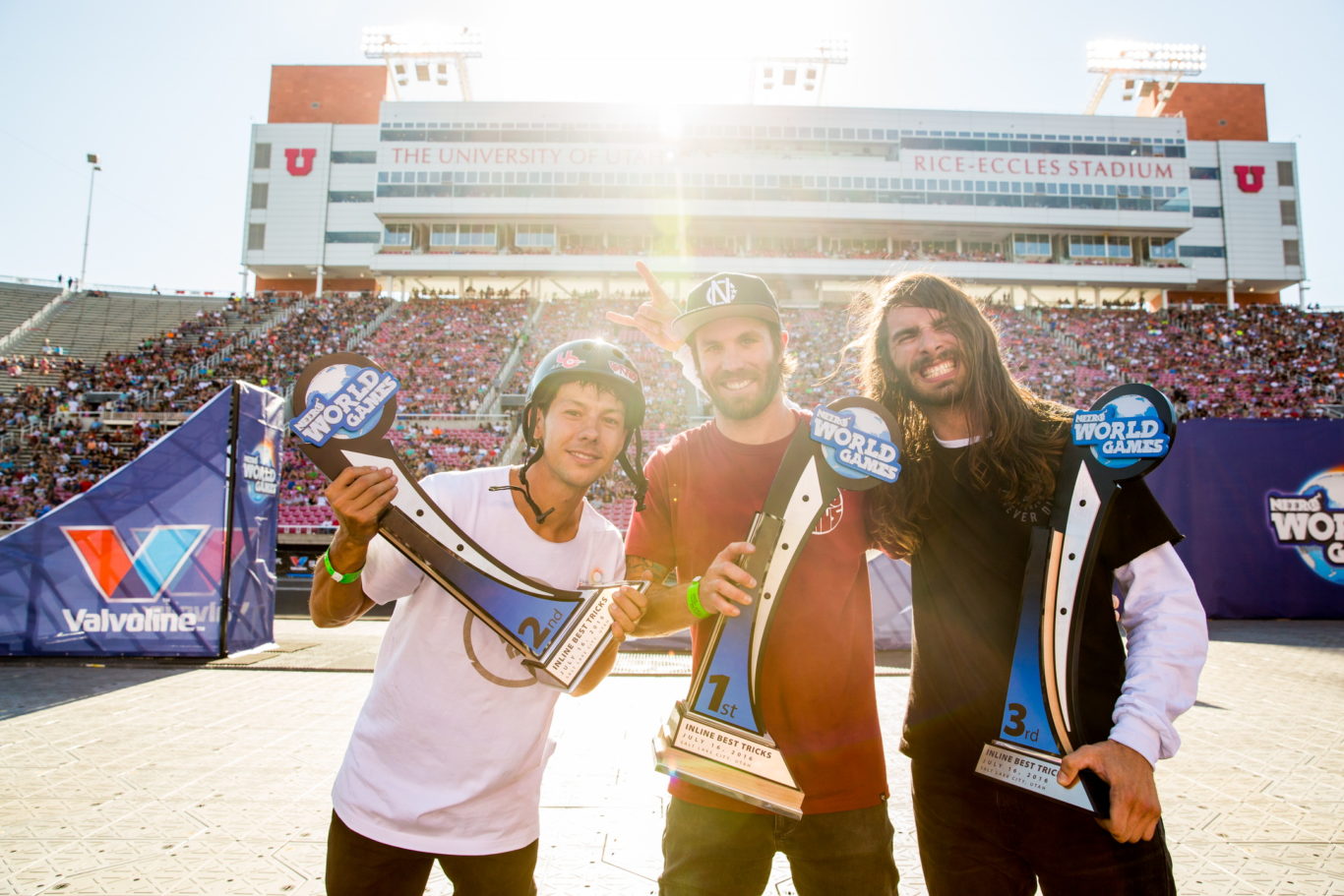 You’re on holiday now and we’ve seen you on Instagram, skating a park with the Valo guys just a few days back. It’s been almost a year and a half since your last VLUX part. Do you plan on filming for a new section anytime soon?

I wish I was on holiday! I’ve been on tour since May and will be doing shows every weekend until October. This was my only “weekend off” and we were in Salt Lake City for the World Games. I was at home for two days last week and that’s when I was able to squeeze in a session with Jon and the boys. This week my girlfriend and I were able to sneak in a few “holiday” style days at Lake Powell in Utah before heading back out for shows this weekend. Because I don’t have a lot of downtime, I like to make the most of it when I do. In terms of filming another full street part, I can’t see a time in the near future that my schedule would allow for it unfortunately.