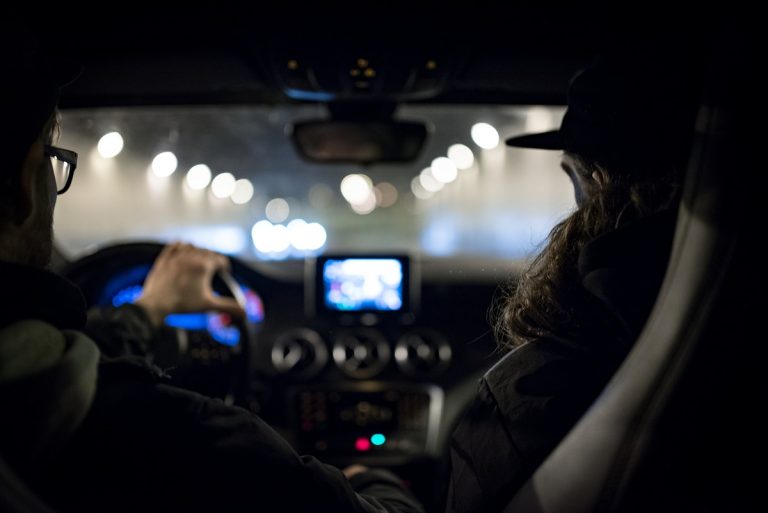 Jonas Hansson has been my personal favorite for the videographer of the year in last year’s first annual Be-Mag Top Ten Awards so talking to him about the whole Elite Series has been a pleasure of mine. This is just one of those situations where I can’t hide my preferences. The Elite Series last year featured some of the most important and influential skaters of the moment, and all through Jonas’ lens and through his unique vision. Jonas told Be-Mag how it all came together. And beside him, we also spoke to Alex Burston, featured in the latest, and so far the last Elite Series skater. It’s nice to see how two people of different temperaments talk about the project they worked on together. 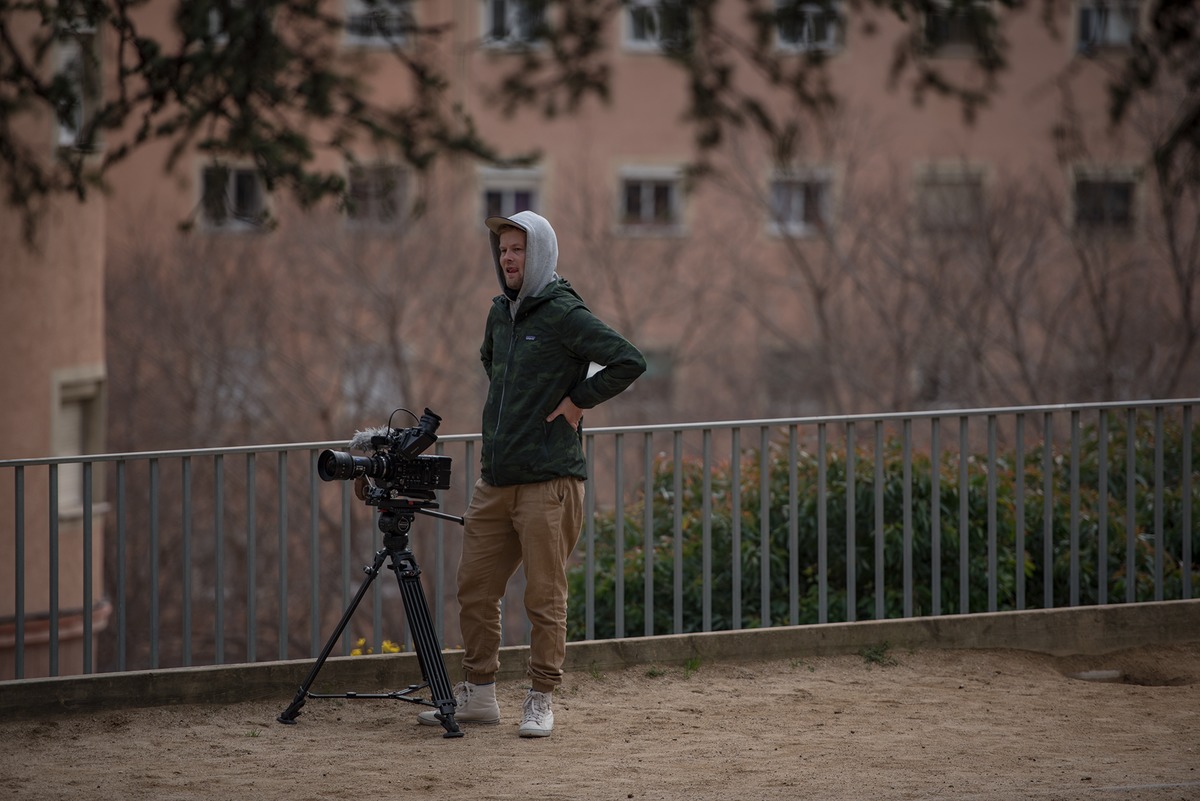 Words: Josip Jagić
Photography: Malte Husted, Patrick Stahl
This has been the last issue of the Elite Series, but you were the first to introduce the concept of filming with top pros as a series. How did you come up with the idea and how did you choose the skaters you featured?
Well, the last for now at least. There may be more chapters in the future, but I honestly can’t say right now.
The series developed quite naturally, I went down to shoot a short piece with Glowicki in Malaga, Spain. This was last March, so exactly a year ago… at the time not knowing this would turn into a series. Soon after going back to Copenhagen I started talking with Eugen about doing a piece with him as well, so while editing Glow’s footage I decided to name it the Elite Series.
I was having a lot of fun shooting blading again and could see myself doing more of these with pros I admire. Since Glow’s was relatively short, 13 clips or something.. we weren’t gonna charge for it, but had his sponsors fund it instead. Eugen somehow managed to get 23 clips in around 10 to 12 days I think, which is pretty crazy when you think about the spots and which tricks he laced on them.
Anyways it was clear that this was enough to make the cut for VOD material, and it ended up selling alright, or better to say, it met expectations, which of course was empowering to Eugen and myself. I now believed I could invest a lot of my time in doing this series throughout 2017 and make it somewhat work out financially. I had been talking to Scott Quinn about the possibility of working together even before shooting with Eugen, so he was next in line. Richie hit me up one day asking if I’d be down to get together, since we had been trying to do so ever since Traitement. I was already deep into shooting with Quinny at that time, but finally had the opportunity to shoot with the coach, so wasn’t gonna turn that down nope, naah. It ended up working out great with the three of us driving in and outside Copenhagen getting footage while having the most fun doing so for a couple of months. I wanted to do five chapters in one year in order for it to truly feel like a certified series, and since I had been wanting to work with Alex for a good while and got aquatinted him from previous projects like the GC barcelona tour and SOTA. I knew he was the guy for the last installment. And that brings us to the now.
https://vimeo.com/257949554
You introduced a very distinctive visual identity for the whole series, you worked with Claudio Antonelli, how did that come about and did you have an exact idea what you wanted to do?
Thank you. Well, Claudio did a lot of work on SOTA and is simply a cool guy to work with.
I’m fortunate to have a guy like him in my corner, ready to step in when my abilities with motion graphics / CGI work come short, which they quickly do. So he actually ended up helping me out with four out of five chapters. And he really went to town on the last one with Alex. Cheers Claudio.
How did you decide not to film Alex’s part in Copenhagen?
First and foremost based on the fact that I didn’t wanna milk Copenhagen dry or reuse spots in the series, so we decided to shoot half of his in Manchester and half on the road to Barcelona.
We shot the last half in January so needed to head somewhere warm and dry, good ol’ Barca it was. 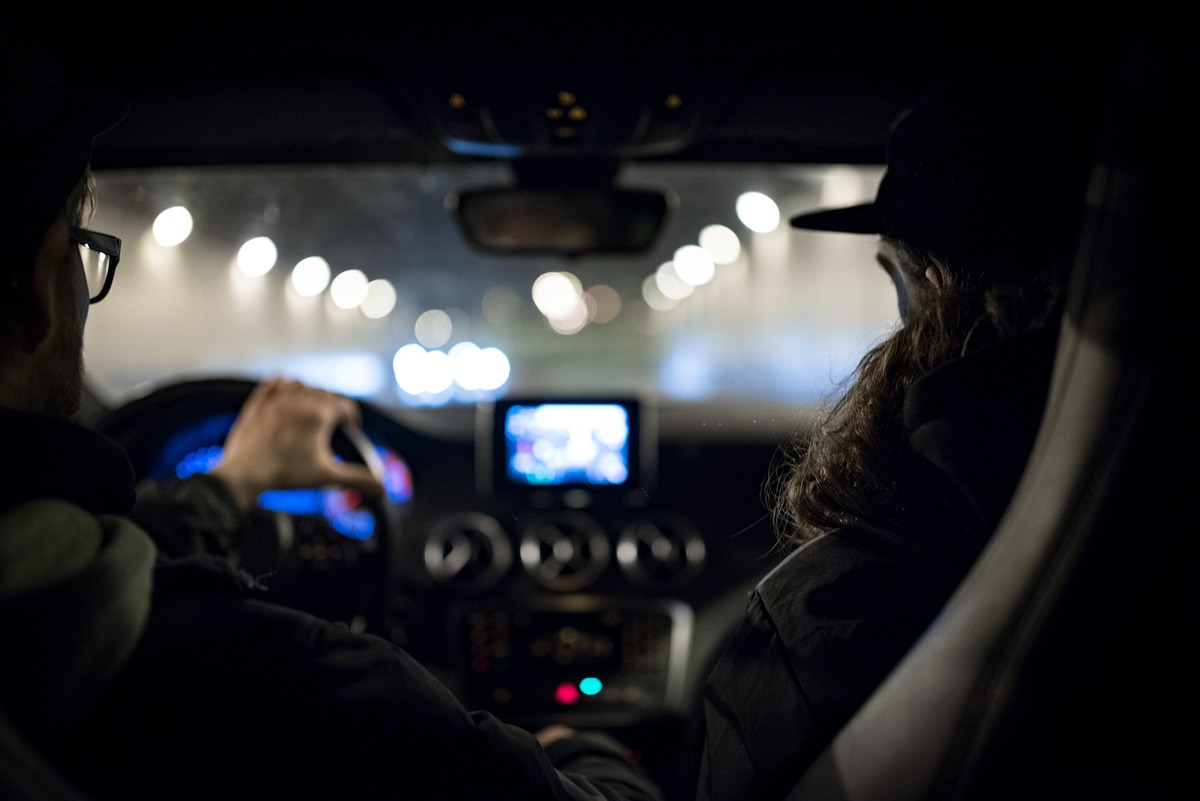 Also, why did you film the first 4 parts in Copenhagen?
Well I shot with Glow in Malaga, but yes Quinny’s was shot entirely in or just outside of the city. Made sense since he’s actually living in Cph, and on top of that we have fair share of great spots. Plus not having to travel saves you money that I would have to front myself before getting a return when the vod sells.
Was it a challenge not to reuse the same spots?
At the end of shooting with Richie it slowly got more difficult yes, but I wasn’t surprised since we had already shot most of three chapters in cph within 6 months, plus the long history I have with shooting in my city. But since it rained for the last 2 weeks of Richie’s stay we were forced to finish up somewhere else. And we did so with a five day shoot in Vancouver, so it all worked out in the end and we got the variation we needed.
Visually, Alex’s part doesn’t follow the first four in total, how come?
All of them differ I suppose. I wanted his to feel very playful and tap into our common love for the turtles, and like I mentioned earlier I let Claudio of the leash on this one.
What is next for you, will you be making a full feature film next?
Honestly can’t say, but will try my best to make more projects with and for blading. 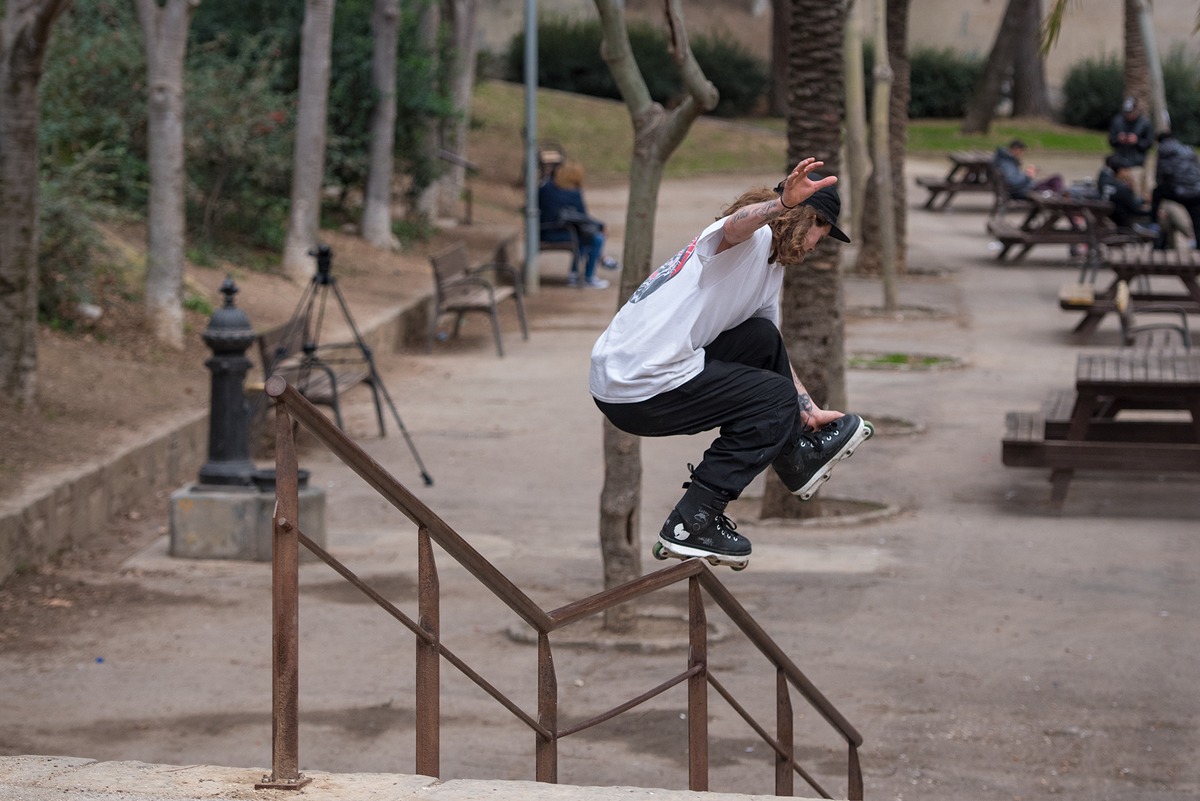 Hey Alex! How do you like how your section Elite Series video turned out?
Yeah I am very pleased with how Jonas handled it! Man is a genius. Absolutely loved that he used the ninja turtle bits! That was kind of a surprise to me and when I’ve seen it I was hyped! And the Levelz Manchester ninja track was the one. I been wanting to use that for a while and Jonas helped manifest that sh@t. Blessed! And the rest. Big up Jonas!
How did you work on the tricks for the video? How does the process look like for you? Do you write tricks down or just get there and say fuck it?
I like to have balance in all areas of life. Some tricks were planned and have been in my head for a while, some were written down and some were just random sessions, winging it. There were things that I didn’t manage to get around too. Soon tho! 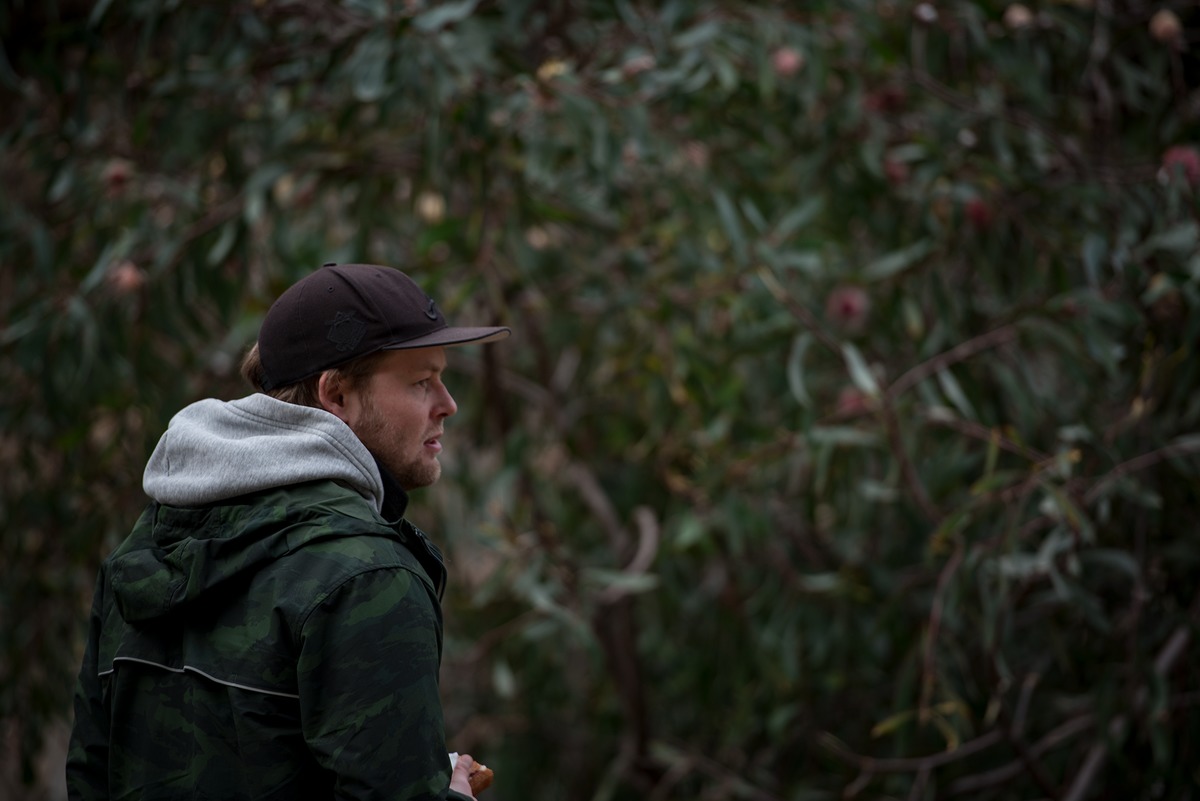 You filmed on your home turf, was it more of a challenge or more like working in your comfort zone?
It was nice. And it was nice to have Jonas in Manchester again along with Malte Husted and even Quinny for a bit. I love Manchester and what it has to offer. It’s my favourite place on Earth. Despite the rain and all the rest. We got lucky with weather and we had fun. I was actually recovering from a knee bash injury from practicing for the revolution TV show. (which will be airing on 1st April on Sky1) good job I was wearing knee pads otherwise it would have done me in proper! But yeah that was the only bit of struggle I felt really. Still maintained it like a boss tho! Haha!
Compared to other filmers, is Jonas easy or hard to work with?
He’s a massive dick*e*d! Haha jokes! The absolute opposite, a vagina face…….haaaaa no he’s a legend! Really! A very good person to film with, very chilled and on point. He knows what’s good and I always have complete trust in him. No debating angles or anything, the man just got it! Boss tingz!
What are you working on now?
A few things. I am in the middle or rather just started filming my BHC wheel promo…….yeah I know it’s very late. Better late than never ey! Also started filming for some freeskate stuff. Some city check type thing. Where I go to different cities around the world and go speed around on massive, rapid wheels and also taking part in the city FSK sessions. I just been to Athens and that was great! Lovely people and amazing place! Blessed! I’ll be in everyone’s town at some point! Hahaaaaa! And I got some other bits I’m working on but I can’t say anything right now. Secrets ’n’ that.
Also I would like to give a big THANK YOU to everyone that supported us with the Elite series and just for the love and support in general! YOU LOT ARE AMAZING! THANK YOU!
Positive Energy Activates Constant Elevation.LOVE! 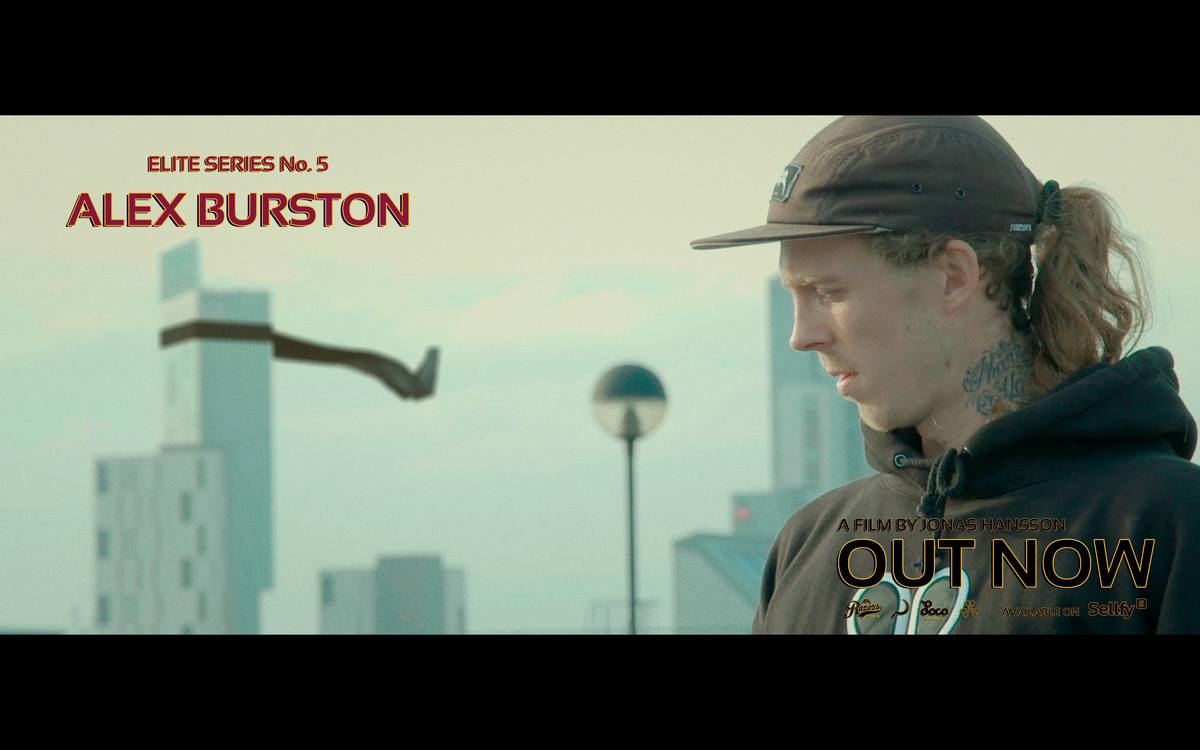 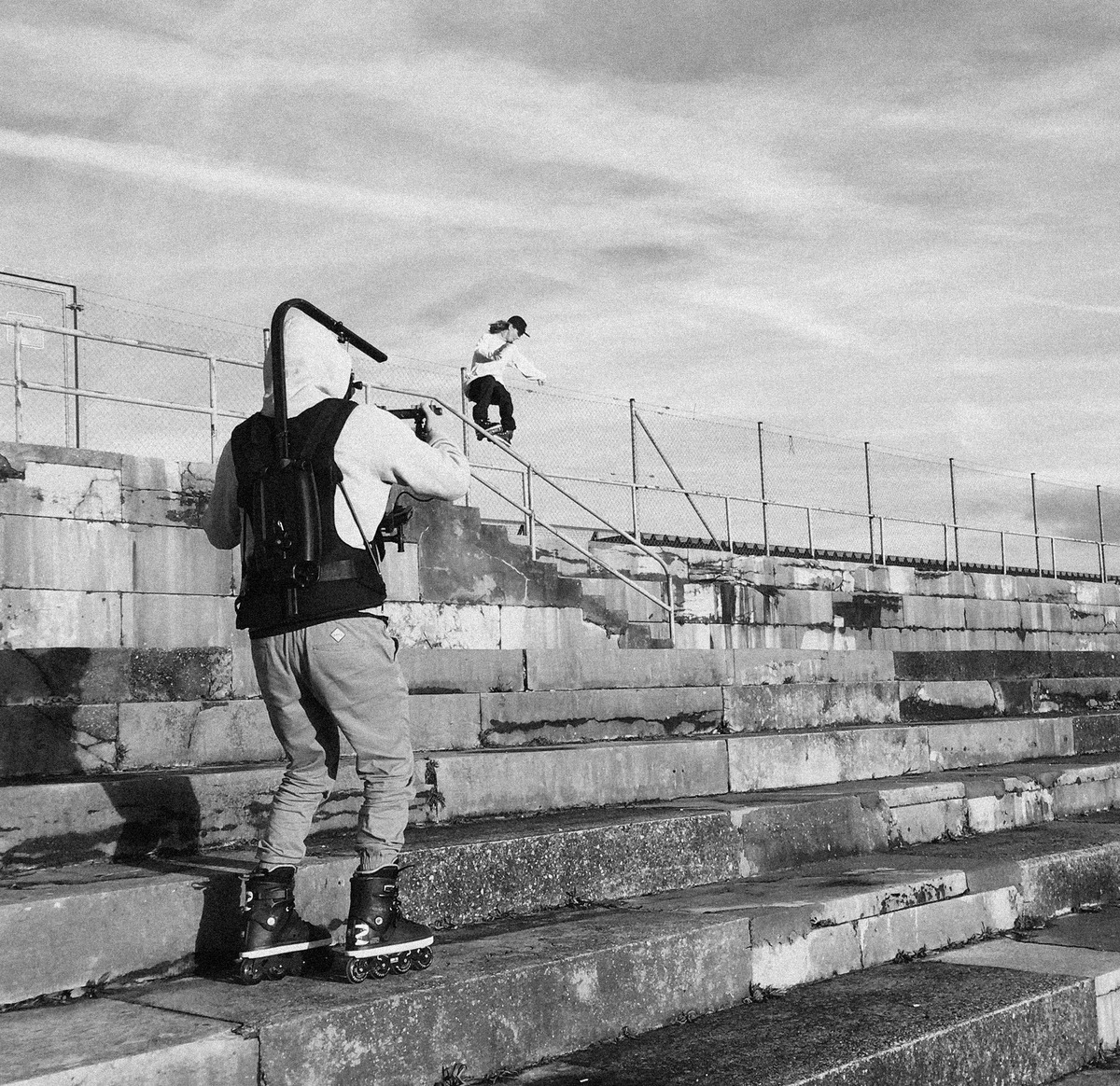 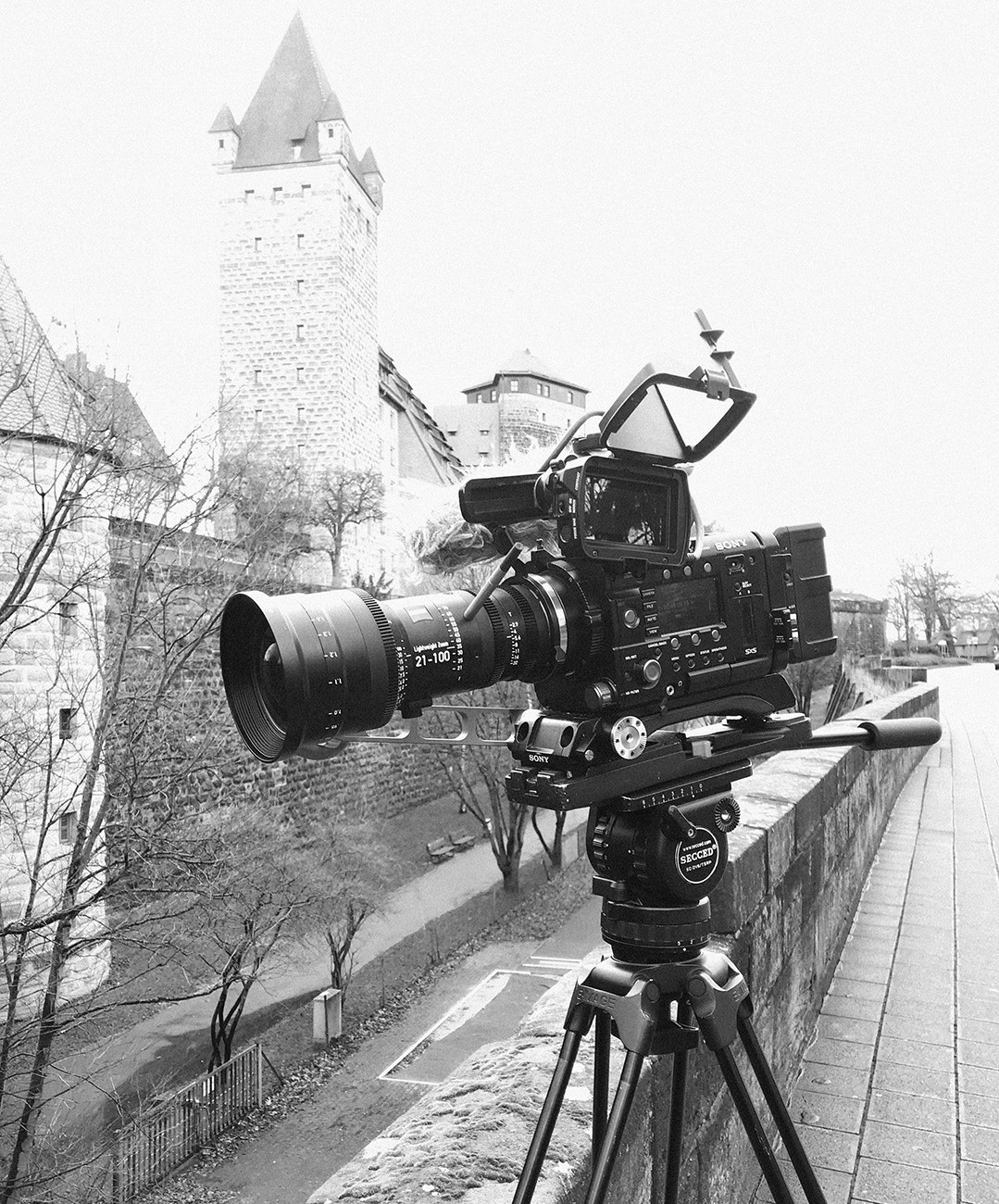