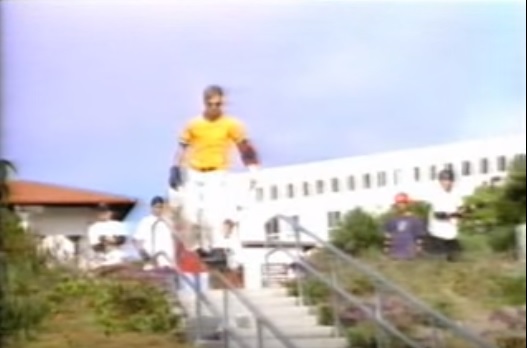 HISTORY BITS: STYLE – AS TOLD BY ARLO AND B-LOVE

After the success of Hoax – An In-line Crime, it was ofcourse time for a cross-country tour of the US, with the most influential skaters of the time. So, Arlo Eisenberg, B-Love Hardin, Brian Smith, Mike Opalek and Brooke Howard-Smith got in an old camper van and toured the US coast to coast. Hillarity ensued, and was documented for you, future generations of rollerbladers. And they also gave us style lessons in rollerblading.

Thanks to Evan Stone and the Mushroom blading guys Joey and Todd, we can also present you with the whole video, where you can see some of today’s most influential rollerbladers, such as Jon Julio and Eric Schrijn.