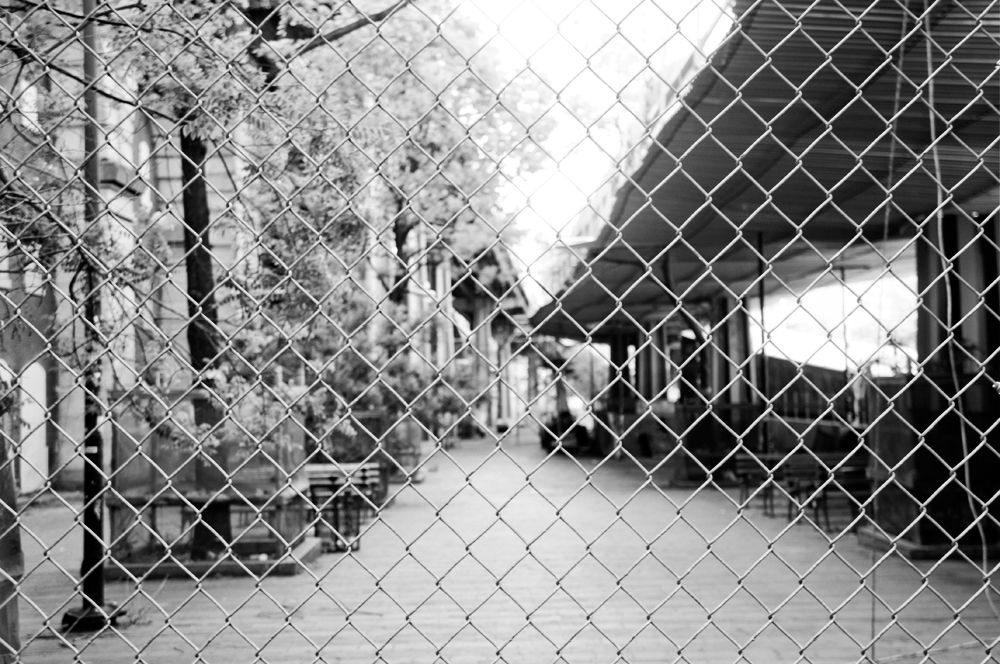 (Part 1 feat Austin Paz & Angelo Ferrer)
The Brooklyn Banks in New York is one of the most famous spots in the world of extreme sports.
Already in the mid 90’s the first generation jumped the stairs and worked on their first grinds.
Over the years the spot, which is in front of a huge police station, became a legal street spot and some of the biggest real street events in blading, skateboarding and BMX took place at the banks.
But today the spot is un-skatable since its giving construction crews a staging area for trucks and equipment until 2014 during a four-year renovation of the Brooklyn Bridge.
We spoke to some of the NY locals to find out how they feel about the situation…


Austin Paz about the Brooklyn Banks
What does this spot mean to you?
This is one of the few spots I’ve seen people skating since before i started in the mid-90s. Every time I see or think of the banks, I see history. The Brooklyn Banks is the Madison Square Garden of skating. If you go to MSG, all over the place you can see huge pictures, portraits, and plaques of historical moments in sports that have happened in that arena throughout its existence, I always felt you could do the same thing at the banks.
Did it influence your career in any way?
Of course. The banks became one of those rendezvous spots whenever we would skate downtown, so it was constantly in my life since the early 2000s. I think more recently though it’s been motivating seeing the addition or ramps and rails throughout the spot that was added from skating, skateboarding and bmx comps. It rejuvenated the spot and always kept it fresh since every time I was skating to the banks i would think “I hope there’s something new there”. I guess that’s why for a few years it seemed like the banks disappeared then made a comeback again.

What is your best memory / best story from the spot?
Way too many skating memories, so I’ll tell a more entertaining story. There’s always a mix of bikers, skaters, skateboarders, scooterers, and whatever other sports there are that involve wheels. One day a few hood babies show up on beat ass scooters thinking they’re hot shit, which we didn’t think much of since they were like any other random group of kids rolling around the streets of NYC. One of them stands at the top of the drop rail looking like he’s going to hit it. In my head I’m thinking “this kids just trying to act like he knows how to scoot”, and didn’t pay much attention to him so I kept doing what I was doing. Out of nowhere I hear “AHHHHHHHH!!!!” and see this 13yr old kid charging at the drop rail on a scooter. By the time I knew what was going on, I caught him mid air over rail trying to clear the gap to flat. He completely pancaked and lays on the floor almost dead for a few seconds before he lifts his arm in the air still holding nothing but the handles to his scooter that exploded into 15 piece on impact. It went from one of the scariest things i ever seen, to one of the most comical moments in hood baby scooter history.

Here’s Angelo Ferrer (The Art of Rolling) about the Brooklyn Bankshttp://issuu.com/artofrolling
Best memories from the Banks?
One of my personal favorite moments at the Brooklyn Banks occurred when I was young and there was a huge NISS skate competition at south street seaport. I was very young at the time and was lucky to be unsupervised by my parent and joined the mob of skaters that flocked the Brooklyn Banks.
I remember at the time there being skaters from all over the world there. It was my grommet period in skating and I adored how all the pros I looked up to happen to be in one spot at the same time. For whatever reason the Brooklyn banks session stood out more to me than the competition that took place shortly before because everyone was putting in so much energy. It was great to see what normally I would only see on television take place right before my eyes.
Favorite Part of the Banks?
My favorite part of the Brooklyn Banks were the RollerCoaster ledges that were on both sides of each down rail set. While most skaters never even noticed the ledges, I grew up always hearing about which tricks got taken place on the rollercoaster ledge and every time I went I would ether do a soul or frontside down the smaller set. Eventually as I got older they replaced the rail but the rollercoaster ledges were still there.
I always made it a point to hit those ledges whenever I went to the banks mostly because they stood difficult and were always one fun ride and unique way down.

Would you say it had an influence on your development as a rollerblader?
The only thing I remember the Brooklyn Banks influencing was when I was younger and the only place to cut school and get away with it all day was at the Brooklyn Banks, which just so happens to be by the biggest police plaza. It allowed me to skate with some of the best skaters at such a young age, [whereas] I could [instead] have been cutting school doing drugs and getting in trouble, [instead] I was out just skating with older guys who took me in and made me feel at home.
The Brooklyn Banks will forever hold its shine and glory among extreme sport participants however the truth to it really boils down to over saturated and over hyped.
Prior to the closing of the Brooklyn Banks, nobody ever went there, as the place just got plain ol’ boring. There was never any maintenance or rain water that could clean the place, [so] all it took was one fall and you would be completely engulfed in grime and filth. At most the Brooklyn Banks was a good in the middle spot for everyone to meet up before the day continues.
While the future for the Banks is still not clear, I can personally tell you that while the Brooklyn Banks may not have been the pivotal point in my skating that it definitely has been the birthplace and stomping grounds to hundreds of other who are glad to call New York City their home.

As there has been some notoriety with you being a connoisseur of skate spots, do you think there is a spot or spots that has replaced the banks (Wall st ledges or so) or do you think the spot is irreplaceable?
The only spot I think has ever replaced the Brooklyn Banks was Victor Callendar’s LRNY sessions, [and] the reason I include this would be because [this was] at the time [when] the Banks closed. Victor’s group sessions filled in the void that was missing from the Banks. You now could meet up and make friends and have a safe place to skate determined by where the session met up that day. In a way the LRNY was a moving Brooklyn Banks.
The problem with replacing the Brooklyn Banks is that NYC is based on Skate Plaza styled skate parks, And the Brooklyn Banks was a skate park before there was any skate parks, So it makes it pretty impossible [for it] to ever be replicated or mimicked by any spot.