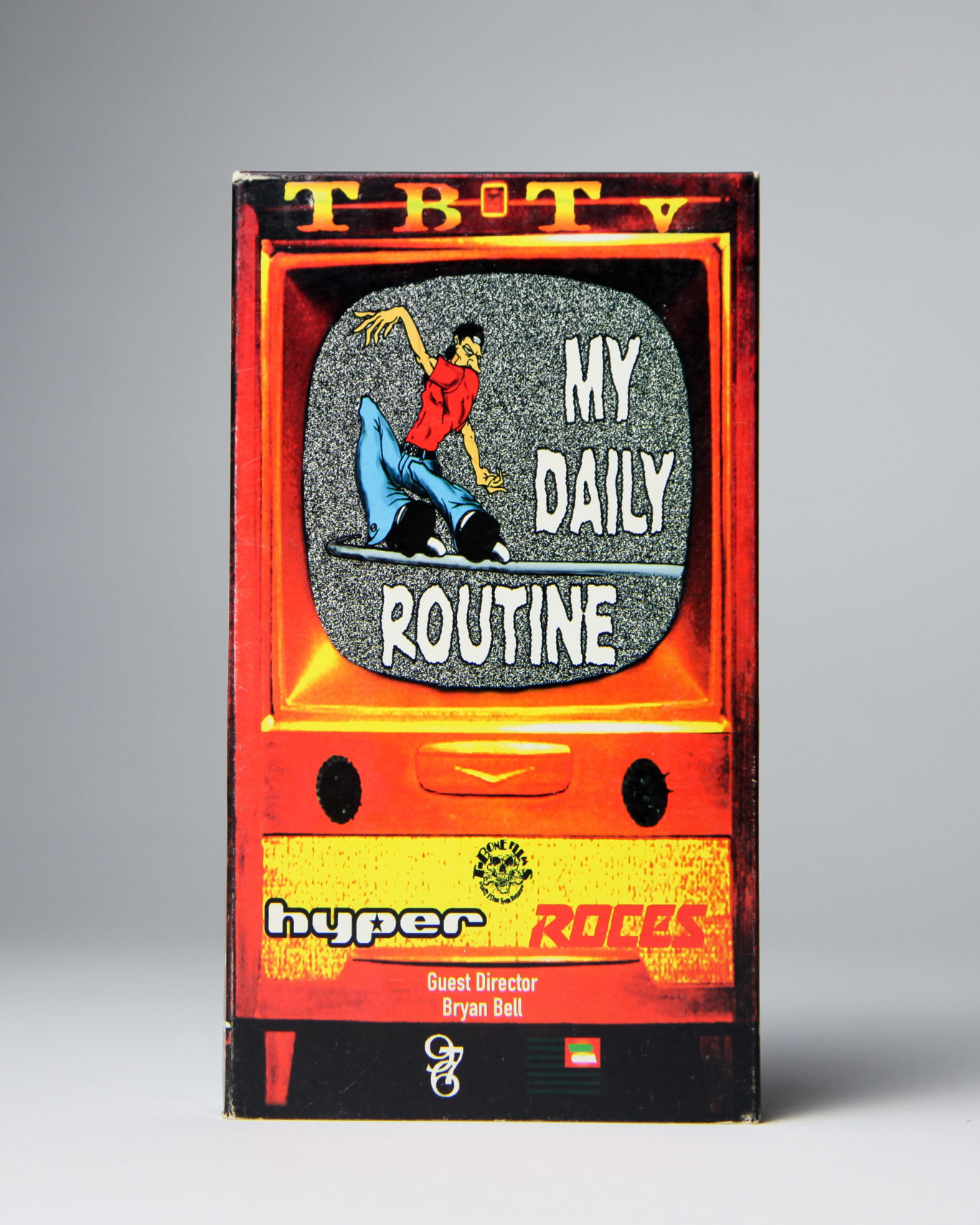 On August 27th of this year we reached the five year anniversary of the loss of Bryan Bell, an inline skating pioneer. For those too young to have been a witness to Bryan’s legendary career, it was quite remarkable. In the mid-nineties, Bryan Bell was considered by many to be the most technical street skater in the world. His switchups were years ahead of the game and his fearless ability to conquer the largest kink rails imaginable made him a legend from when he first burst onto the scene. Bryan also was integral in establishing San Diego as the mecca for inline skating in the mid-to-late nineties. On top of his incredible skating abilities, he was also an equally talented videographer. His videos stood out from the pack with insane stunts, public drunkenness, violence and sexuality. His productions were also very representative of that time period in that it showed an abundance of hip hop elements such as breakdancing, DJing, MCing, and graffiti. You can see these themes scattered in his early works with T-Bone Films and his own B-Bell productions, as well as in his later years when he had established himself into the b-boy culture shooting full-fledged music videos and working with iconic clothing brands such as Tribal Streetwear. 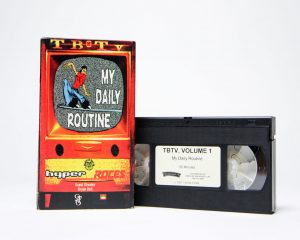 To highlight Bryan’s legacy, we will be discussing his first full length feature video entitled “TBTV 1, My Daily Routine.” The first time I watched M.D.R. was in the summer of 1997. My crew of friends and I had our own “daily routine” of memorizing the newest skate video releases, drinking absurd amounts of Dr. Pepper, and skating practice rails in our driveways until the day was through. M.D.R. was an instant classic for us in that it was fast paced, set to an eclectic soundtrack and flowed effortlessly from beginning to end. It also featured some of the best skaters in the world at the time such as Eric Schrijn, Champion Baumstimler, Robert Lievanos, Josh Petty, and the man himself, Bryan Bell aka Billy Bell, mad as hell! 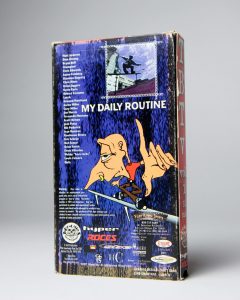 When the first clips of the video consist of a gang fight in the streets of San Diego, a slithering snake sporting a Hyper wheels sticker, and stair riding stolen golf carts, you know you are not in for a typical skate video. Some notable sequences from the intro include Zach “Webby” Murphy’s topside training wheel to darkside switch training wheel and Josh Petty’s stylish sweatstance to drop royale on the underside of a stair rail. Both technical moves that to this day would fit stand out on their own.

One of the stand-out sections of M.D.R. was obviously the split section of the EscoZoo crew’s Louie Zamora, Armand Marchand, Eric Schrijn, and Robert Lievanos, set to the relaxed vibe of Digable Planet’s “I’m Chill Like That.” Mr. Chill himself, Louie Zamora, finessed his tricks with timeless style and control, while Armand Marchand showed he was a child prodigy that faded away too soon from the blading scene.

Josh Petty’s profile was also a highlight of the video and showcased why JP’s style was often imitated yet rarely duplicated. His section was filled with tech tricks and innovative moves such as body shuffles and cross grabs – tricks done years before they became part of the mainstream vocabulary.

Probably the most unforgettable scene of M.D.R. for my group of friends, however, was a connection by Bryan Bell in the ending of the “lines” montage. The scene showed B. Bell pulling a 360 on a launch ramp to inspin sweatstance on a practice rail setup inside what looked like a JC Penney department store. This particular trick always left us astounded because it was most unorthodox place for a skate demo. Looking back, it truly demonstrated how popular rollerblading was in that time.

Other notable bladers featured in M.D.R. were blading’s original antagonist Rawlinson Rivera, Zach “Webby” Murphy, and the towering Larry “Lurch” Fagan. Rawlinson’s personality to me always boardered between being confident and cocky but his skating prowess was undeniable. His tricks were always solid and and his style was very consistent. Webby was a mainstay of the A.S.A. competitions around that time though he also had incredible street skills which were apparent in his ability to backslide through kinked down stair rails (in moonboot Oxygen skates no less!) Lurch in his own right was a multi-talented skater that showed his abilities not only on screen but also with his unique artwork that graced the M.D.R.’s iconic VHS cover.

Now let’s focus on the man himself, Bryan Bell. Bryan’s look was symbolic of the times. Sporting super wide skate jeans, puka shell necklace, backward cap, and modified Roces M12’s with CDS Detroit plates, he delivered a section that proved why he was one of the most respected bladers from that era. It was amazing to see extremely technical grinds landed and to find out later they were done using his unnatural stance. Bryan also mixed in huge street stunts and park launches into his section, showing his consistency and ability to conquer almost anything you put in front of him. Bryan seemed to have popularized the “go big or go home” mentality that was the norm for years to come, until skaters got older and their bodies were no longer able to endure the abuse that came with stunt skating.

Although My Daily Routine might not rank as one of the greatest inline skate videos of all time, it was the start to a respected career for Bryan Bell. His video releases continued and built a mythic aura that allowed him to cross over into markets outside of rollerblading, while also maintaining the elements that made his videos like M.D.R. so appealing. Bryan showed early on that you could become quite successful using traits learned throughout a skating career and apply them to other avenues like other creatives in blading who found their start in the sport. Bryan Bell’s influence to blading culture years later is immeasurable and we can’t thank him enough for his dedication and inspiration. 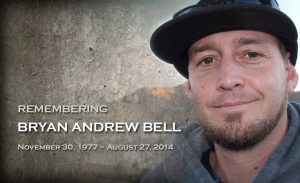