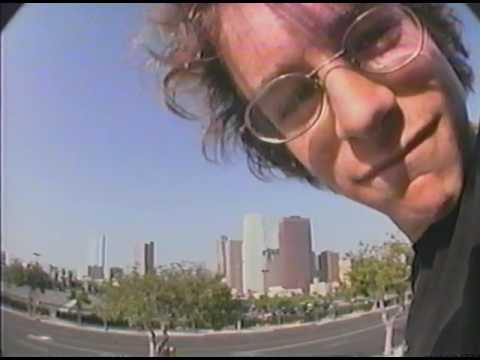 Jan Welch got his old buddy Steve Steinmetz to digitalize the Jon Elliott, Jeff Stockwell and Chris Haffey split section from DBV4 Quatro that Jan filmed and edited back in 2000/2001. For bladers coming up in the mid to late nineties, when you couldn’t downolad and watch somebody’s video or section every day, videos were cherished and re-watched ad nauseam. Anjie Walton‘s Daily Bread Magazine really did create the tastes and directed where rollerblading was going, sometimes by hyping and sometimes by unfortunatelly ignoring what was going on. And such were their videos, without a doubt always on the ball with who the present and future of rollerblading was and was going to be. Starting with Beau Cottington’s Transcend and Forrest fire, over to Cory Casey‘s Under the influence and then coming to Jan Welch’s Quatro and Noone’s Children, Daily Bread videos were the shit, where VG videos captured the changes in blading issue to issue, Daily Bread captured the defining moments, from Josh Petty‘s 360 parallel that grab in the street in the intro to Transcend, to Matt Mantz‘s Iron Maiden section or Jason Marshall skating USD’s, K2s and Remz in his section, reflecting the cool of the era, or the weirdness that was every section in Under the Influence, Carlos Pianowski‘s death defying rail transfers in Quatro down to the omnious ender of Noone’s children.

This section is one of those, crystallizing the defining characters of the era, and the era to come. Elliott, Stockwell and Haffey came to define all that is the best in today’s rollerblading. Jan and Anjie, thanks for creating timeless cool.