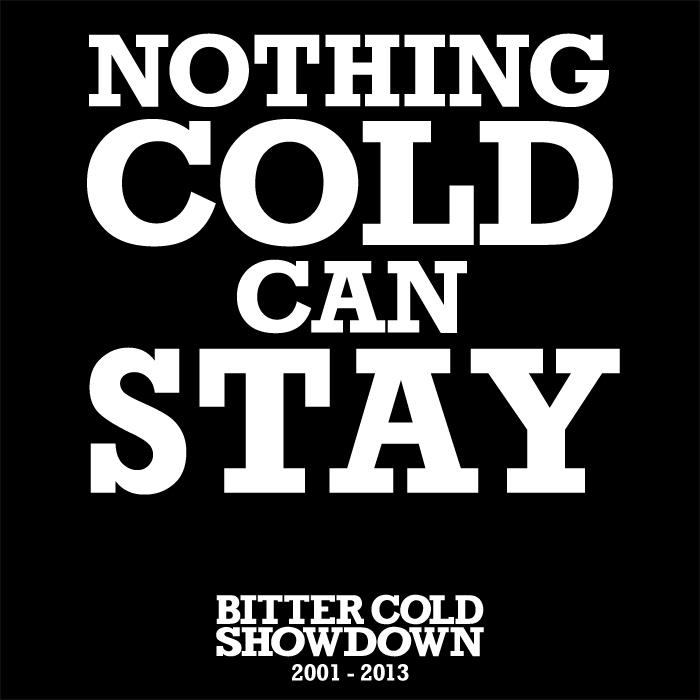 Statement:
So many nice things have been said today and I cannot put into words how much I appreciate every single one. To know that I may have made rollerblading better for just a few is satisfying enough but to see its full extent is so insanely humbling.

Although the decision made today is all mine, there are so many others that helped make the event what it became. I only hope that I took the opportunity to thank you and if not, hope to have that opportunity in the future.

The decision I made 13 years ago to simply try and do something more for this activity that I love so much was among the greatest of my life. The decision was great not just because of what it became, but what it showed me that I was capable of.

Unfortunately Bitter Cold Showdown has discovered several definitive limits that place restrictions on an event of its kind. Rather than compromising the event, I have made the heartbreaking decision to suspend the event in the hopes that other events may eventually reach these same limits and perhaps surpass them.

I am not one to stay idle for long but as of right now I have no plans on establishing any new events. However, the knowledge I have gained will not be lost and will continue to be shared with and utilized by other events.

I cannot imagine my life if I had chosen to simply remain a spectator 13 years ago and regret absolutely nothing since. My only regret will be that if this decision and what I have already accomplished does not inspire more to do it better.