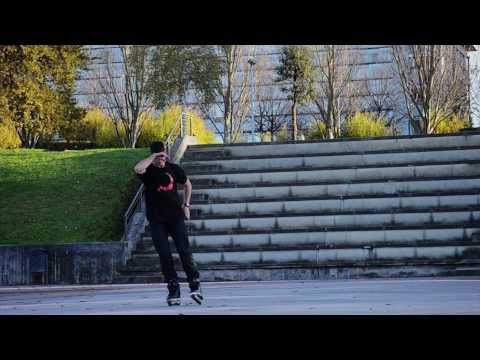 Spanish razors rider Aritz has been bringing the heat to contests around Europe for years now. We catch up with him to see what life is like closer to home, in Malaga, Southern Spain. Also, Aritz provided a sick view of himself re-visiting his birth town and shredding it to the ground. Photos & edit by Angel de la Iglesia. Interview by Ash Gavin.

– Where were you born, where did you grow up and where do you live now?

Hi guys, I was born in Bilbao, a little town of Bask Country in Spain and I grew up there.

But nowadays i live in Malaga city in the South of Spain, very nice place with super nice people and awesome weather to ride.

– What do you like about Malaga? What makes it special, the good and the bad?

I like all of them, it’s perfect for me! There is beach, mountains, sun all year, nice spots and skateparks, party and so many friends.

The special of Malaga i think is the happiness of the people and the worst thing about Malaga is the “economic crisis” i think.

– Outside of blading, what should people definitely do when they visit Malaga?

Party, make some tourism around the city and be in the beach drinking beers and eating Spetos.

– What’s your favorite spot when you go out blading?

In Malaga we have so many spots and all of them are special because you can train diferent tricks. I like to ride skateparks and street too. 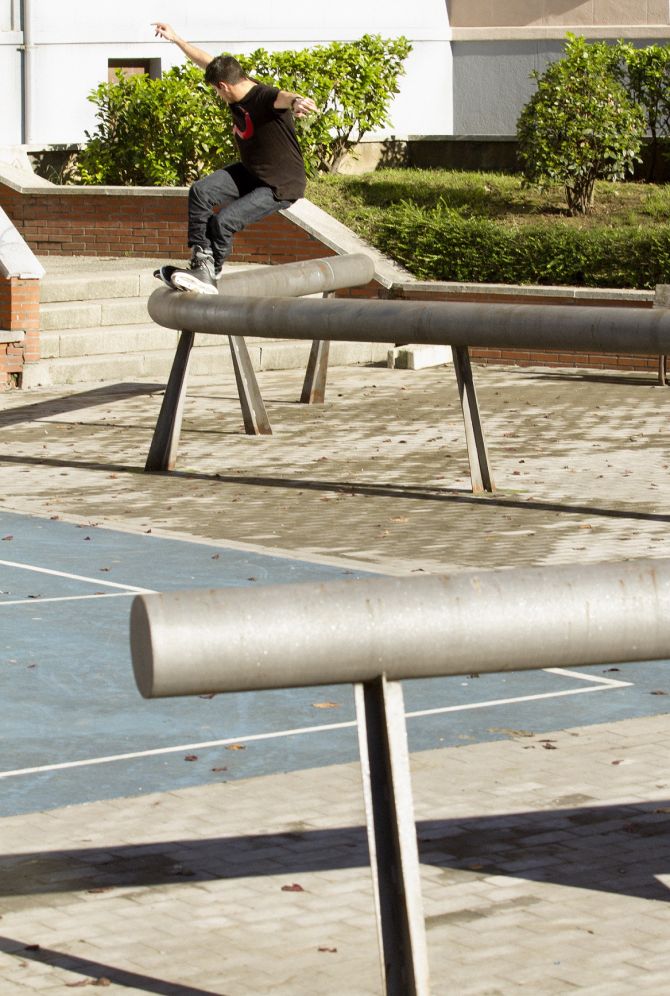 – Do you go out blading alone?

When I’m going to film I blade alone always, but when I blade with friends always its funny sessions and super cool atmosphere around.

I like filming alone because I can concentrate on the spot, me and the spot alone, face to face.

– Sessions with the homies are always more fun. Who do you skate with in Malaga? What’s the blading-scene like?

Sure!! Are always funny!! Here I skate with so many people, like the old school of Malaga and new kids,

I like to teach them and motivate them to try new tricks. I skate with Chavo , Javi Quijada, Uani, Charlie…and so many more guys.

The blading scene here is so strong. I like because the people only want to skate, not worry about the fashion tricks or things like that. 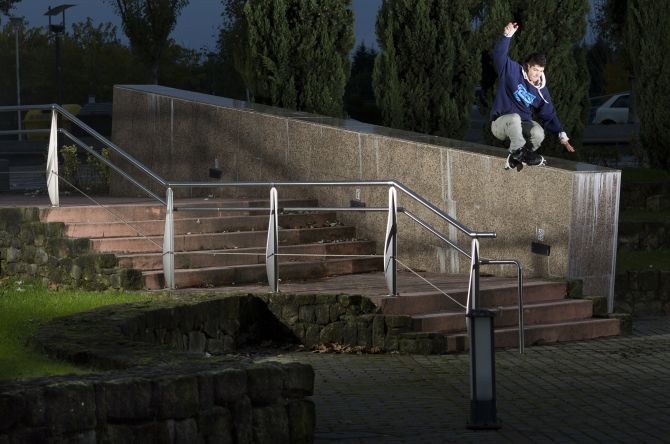 What’s the one spot you absolutely have to hit every session?

it’s like a skateplaza with ledges, jumps and pyramid inside.

– What’s the one spot you wipe-out on the most?

Little rails and little ledges, I hate theme!! I think that is because when I was 16 I broke my elbow on a P-rail and cause of that I hate the little spots. 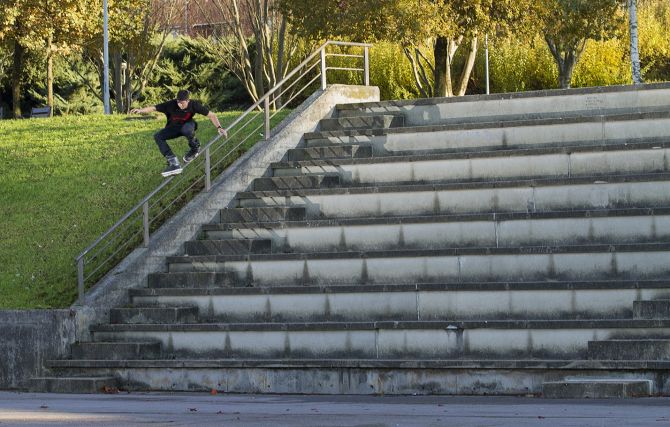 – What’s the one spot or trick you’ve been thinking of doing in your home town, but haven’t got around to yet?

A super nice and hammer ledge in la Victoria plaza, its down ledge with more than 20 stairs,

super cool for filming but always has cars stoped in front of the spot, and the people call the cops. I would like to make fishbrain there!!

– Is there one legendary spot in your town?

Yes sure! in la Alzcaba are one down ledge, so difficult because it’s too fast and too long and only 3 people have ever conquered it. 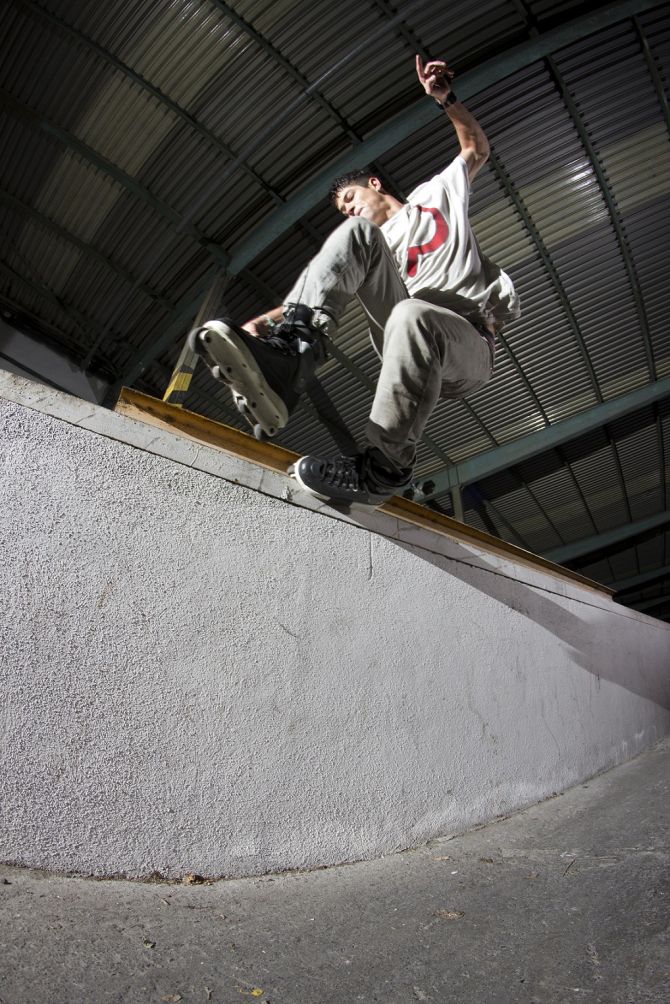 – What gets you juiced or makes you smile while on blades?

One thing that juiced me while im blading is when I was filming or skating a dificcult spot,

when some people come and start talking shit or calling the cops.

And it makes me smile when I try new a trick and land it without problems, that motivates me so much.

– Do you ever go out blading with specific tricks in mind? Do you ‘train’ on tricks?

Yes always i go out blading with specific tricks in mind, i like imagine the tricks while im going to the spot, makes the travel shorter ahahah.

I think that all tricks you have to train before because that makes trust in yourself.

– We all know weird stuff tends to happen during blading sessions. Tell us about a random thing that happened while you were out blading in Malaga..

Hahahhaha always happen weird stuff, here its funny because while we are blading.

Maybe Sunday in a chill session one of the friends go out and buy some super strong beers or 9 degrees of alcohol,

and after 2 or 3 beer we make party with blades ad we start doing jokes and playing BLADES too drunked. 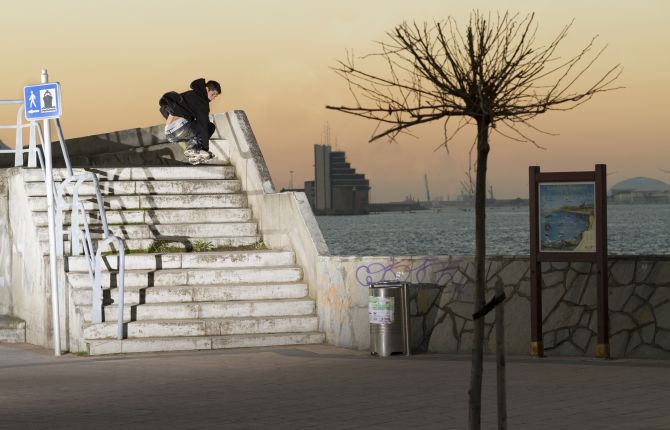 – What your ideal after-session routine?

I like to open the buckles of my skates, sit down, smoke a cigarrete and drink some cold drinks being with homies talking and making fun.