In-Depth: A Conversation with Don Bambrick

Let’s get this out of the way: if you haven’t downloaded the latest Vibralux VOD profile on Don Bambrick, you are missing out. So before you read any further, use the link below and do yourself a favor: by the time you will be finished reading this interview with Don Bambrick himself, his latest video should be available on your favorite electronic device, and you can treat yourself with the best section Don has ever produced, period.

That is quite a statement to make, considering both his Mindgame profiles and the many collaborations with highly influential videographer and Vibralux‘s mastermind Adam Johnson. We do stand by these words nonetheless, and so you can understand a bit better, we recorded this conversation between AJ & Don. The fruitful pair discuss the life of the former Salomon & Razors pro, who eventually turned into blading’s most powerful free agent: click the download button now, and read on!

What was your earliest memory of inline skating?
I got a skateboard as a gift on my 10th birthday. I was completely stoked to go to the skatepark and use it. Once I got there though, I saw people on rollerblades so I made my Dad drive 20 minutes back home to get my roller hockey blades. Skated those for 6 months and then I got a pair of Rollerblade Squash’s, the green kids skate, I always wished I could fit into Dirks though!

Sick, what was the allure of inline? Why did you immediately ditch the board?
I grew up playing ice hockey. I like having skates on my feet. It just seemed so much cooler to me .

Awesome, so how often did you get to shred as a 10 year old?
Haha not often enough at all. I was still playing hockey at the time. AAA travel league. Every other weekend was a trip to Toronto for a tournament. Practices took up all my time. So after about a year of trying to juggle both skating and hockey I hung my hockey jersey up for good.

Fast forward from there, how many years until you hung up your pens and pencils and dropped out of High school?
The final straw was I missed “The Sunshine Tour” so I dropped out at age 15. Going to be a pro skater, I didn’t need an education. I thought school was for suckers.

I understand that school isn’t for everyone, but would you go back and do it differently if you could? Regrets?
I have no regrets about it. Looking back I would have completely done it different. I am going to get my GED for my daughter. 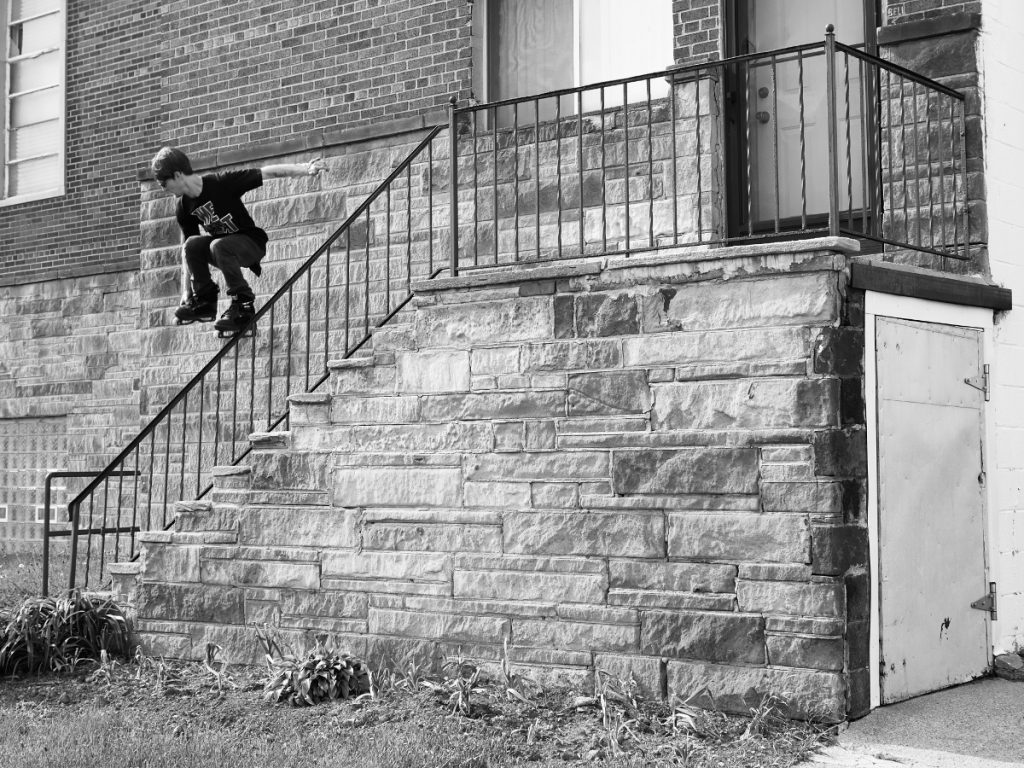 Now fast forward to your first professional sponsorship. How many years did that take after leaving school?
Not fully sure. 18ish maybe? Salomon was flying me to France and having me sign contracts when I was 16 though. Seemed very legit back then.

Were you shitting your pants? I don’t know many 16 year olds that could handle that kind of attention.
Ha yeah. My pants totally had to be changed. I owe a lot of love to Brandon Campell in the early days. He got me on Salomon and Mindgame and had a lot of faith in me. It was fantastic since I really looked up to him as a skater.

What was your attitude towards skating at that point? How did it make you feel and how did you perceive yourself within the hierarchy of skating?
Man I just wanted to be recognized as a bad man! Inside I was definitely gromming out in the early days. I was skating with all these people I grew up studying in skate videos and getting positive feedback about my skating. It was rad, probably trying to be a mix of best and different. 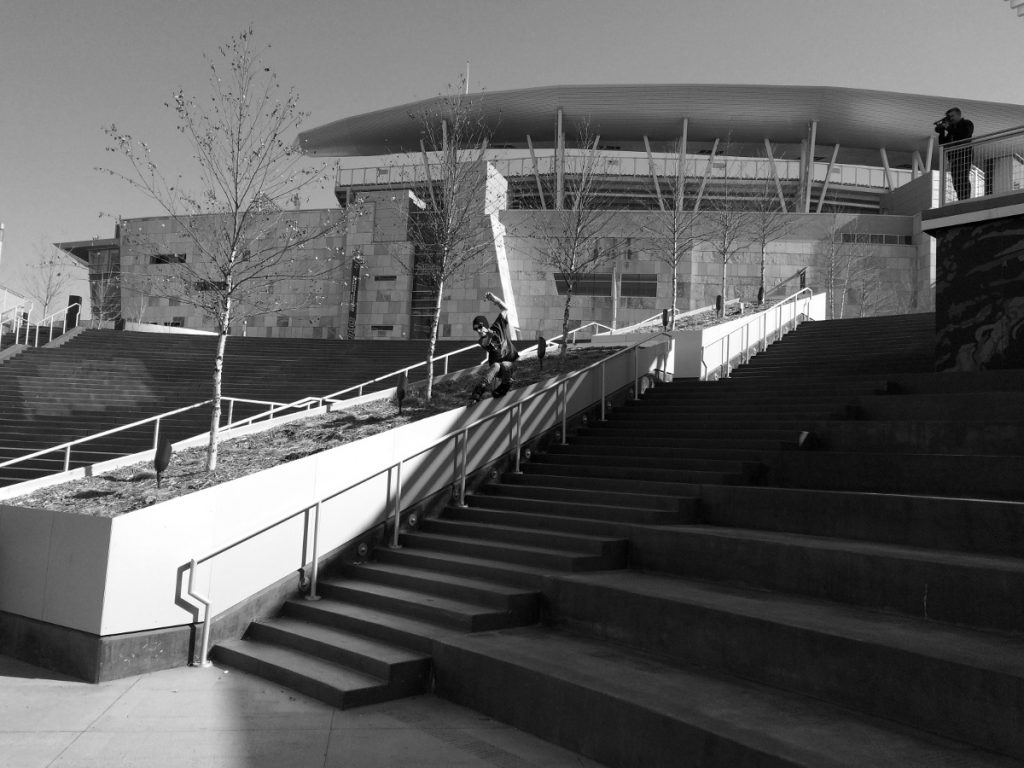 What would you consider the next step or level you achieved in skating and how did it change your skating, your drive, and how you thought about it?
Turning pro for Razors. At first it was fine, I was doing a ton of traveling, skating, partying. After a while though the party caught up with me . I didn’t want to skate anymore because I was constantly hungover. So then I really started to look at skating the wrong way. Thought I wasn’t being paid enough. Went through the motions for a while. That is when my drinking became bad.

Do you think a lot of pros were ‘going through the motions’ once the paychecks started drying up?
I think you would have one hell of a time getting many to admit they were. Haha but hell yeah.

When pros go through the motions, there are times when you can obviously tell, and then others it’s hard. I mean, how can you consistently level up once you have reached the pinnacle of your skating?
I’ve been skating for 17 years . I definitely got burned out on it, and then I didn’t want to get hurt. It’s really tough. Not many skaters are able to pull it off consistently.

So for you was going through the motions just doing things that were safe, or not trying to progress, or just not skating unless you had to?
I’d say my biggest problem was not skating unless I had to. I thought I was above practicing. WE TALKIN ‘BOUT PRACTICE?

Was that what led to you getting burned out, or was it the lifestyle?
Healthy mix of the two, or un-healthy mix.

So how long has it been since you were a paid skater?
3 years

That’s quite some time, tell us a little bit about your journey from paid pro blader to full-time husband and father.
Well along the way I spent a lot of time and focus on teaching myself to eat right. My wife and I bought and sold a house and had a baby, Lou. She is 8 months old and my everything. This sounds made up but today she started saying DA DA. I’m such a proud father and have such a solid wife and family.

What have you learned since stepping away from the blade life?
I quit smoking cigarettes and then that started a chain reaction. I got sick of drinking excessively and got control of my life again. Then I started researching food and how to eat right, and that was the final piece. Oh yeah and coffee! Then being healthy and feeling great made skating fun again, go figure!

What is the biggest difference between skating as a ‘pro rollerblader’ and skating as ‘Don Bambrick’?
It seems like everyone wants me to shine now that I am just doing it for myself. Before it just felt expected and less appreciated. Not sure there’s any truth to that.

Do you think the state of skating is leading to a ‘meh’ feeling from people?
Industry stuff in general bums me out, but it seems like the community of skaters left are more passionate than ever. I know what it used to be and what it can be. I just want to see our sport flourish.

So, now that you are a family man do you have a greater appreciation for the freedom that you had when you were getting flown around to skate/ not skate and making a little bit of cash?
I appreciate free time in general now. When we started filming for the VOD in MN that was the first trip away from my family since Lou was born. I take advantage of the time I’m given to skate nowadays and I put everything into it.

Do you think NOT having to skate makes for a greater appreciation of getting the opportunity to skate, is it less of a burden?
Absolutely, it’s my thing again and not so much of a job. Seems weird and dumb, but that’s the truth.

If you could give a message to people ‘trying to make it’ in skating, what advice would you give them?
Do it for the love. Keep a good attitude about yourself and skate as much as you can. Try to learn something new every time you skate. A new grind, how to roll fakie looking over the wrong shoulder, whatever. Keep it fresh and be yourself.

So do you keep a blind eye to all the behind the scenes stuff, or do you just try not to dig too deep?
I used to know about all of that stuff. Living in Detroit and traveling a lot less I’m not really around industry gossip. I just like to focus my attention on the actual skating now.

Do you keep up with other peoples skating? Troll the internet boards, Rollernews?
I follow skating for sure. I don’t post on message boards or Rollernews though.

Do you have your eyes on any new up and comers?
Shout out to Luke Naylor and Luke Rappa. Detroit rippers.

So for this part how would you describe the direction you took your skating/ how did you push yourself?
I took a more traditional approach to this one than I have in years. I wanted to skate rails, jump off a few things, cess slide around. I didn’t want to be too picky and have the filming process take forever. It was easy for me to find motivation. I haven’t put out a section in quite a while and I wanted this one to be great.

Was the pickiness part of the cruise control we had talked about, or was it a new type of skating you were exploring?
I knew how well you have been putting these VODs together as well. So I was hyped to put this together. I just knew I wanted it to be different from everything else out lately. Embraced my ideas and I got plenty of help from you along the way, “AJ is this even cool?” “yeah dude stop asking that.”

It was a great project to be a part of, very refreshing to see you healthy, skating, and not passing up on cool spots, what is your favorite move from the profile?
I like my ao souls! 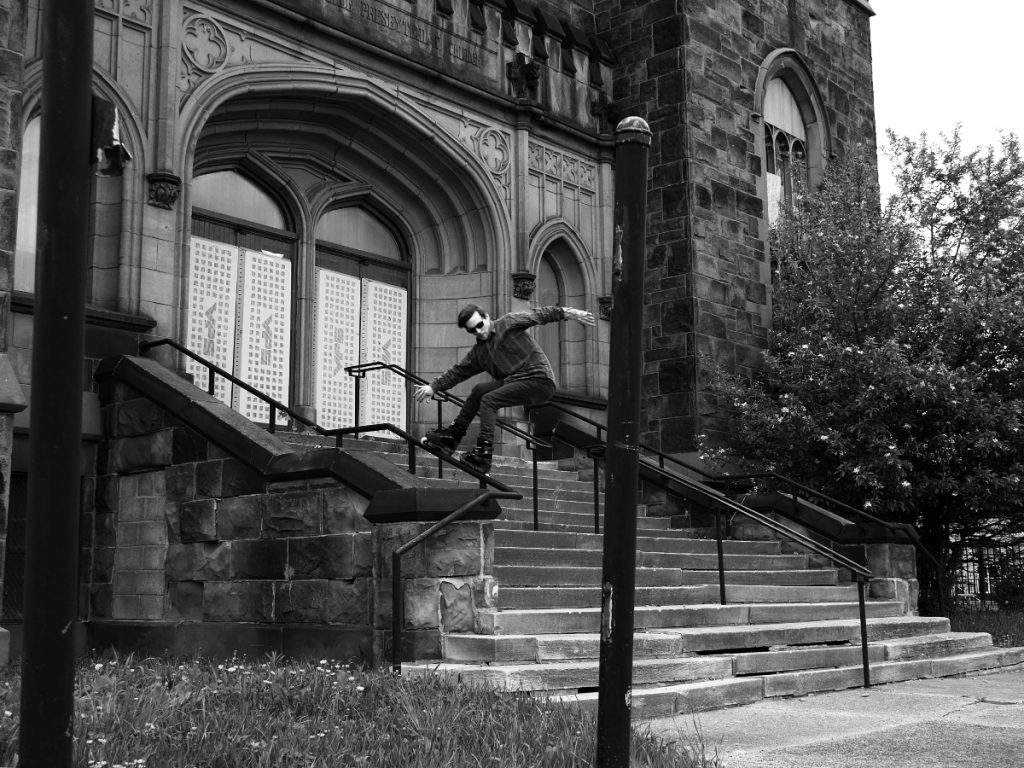 If you had to make a comparison of this profile to any of your other profiles which would you liken it to?
I don’t know. It felt like the earlier days for sure. I heard people say tricks reminded them of Accidental Machines and Icons.

Final question, what do you feel are the pros and cons of VODs?
I think the positive side is that you can make some money in skating if you produce a quality product. People can directly support their favorite pros. I don’t think there are too many cons. If people don’t like the skater or heard the part isn’t anything special they don’t have to buy it.

Awesome, I’ll leave you to write any unprompted things to close this out. Appreciate getting to work with you again, super proud of the fantastic husband, father, and friend you have grown to be and I look forward to coming back to Detroit and shredding soon!
Thanks to everyone who helped make my section better and the people who supported! 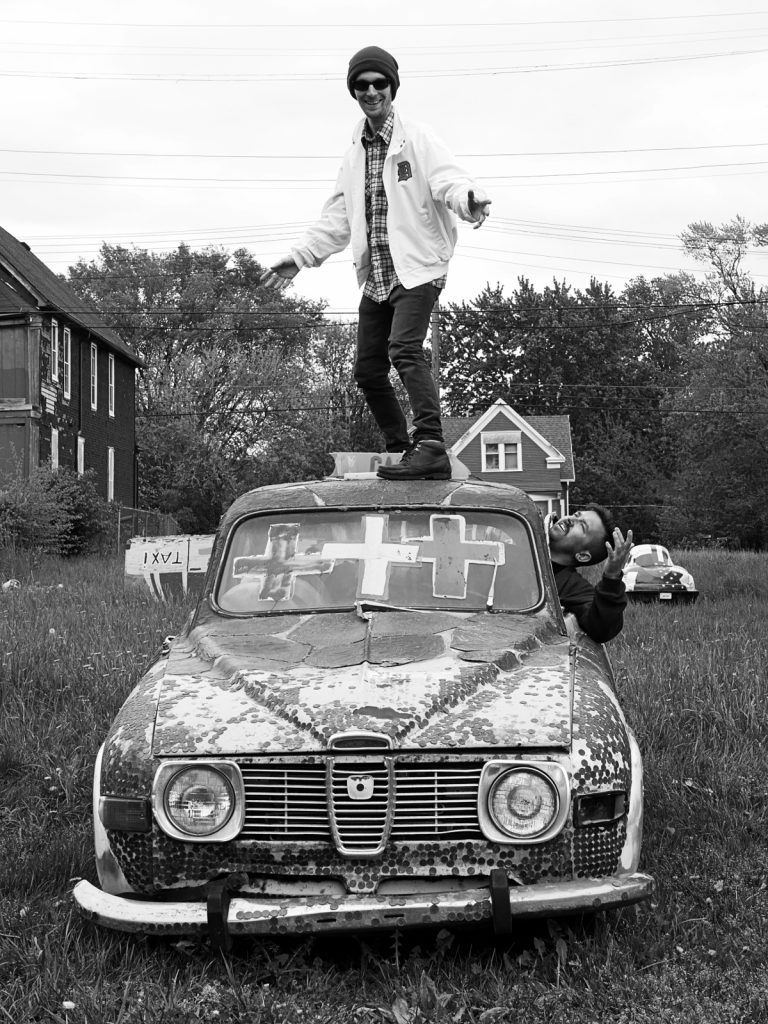 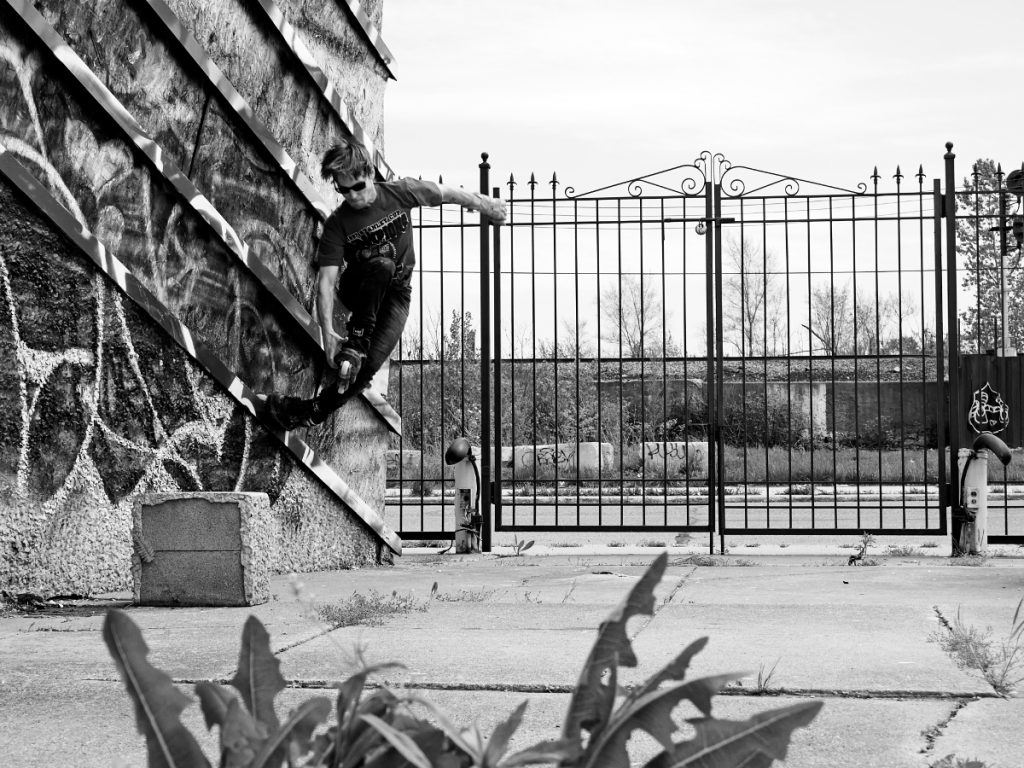 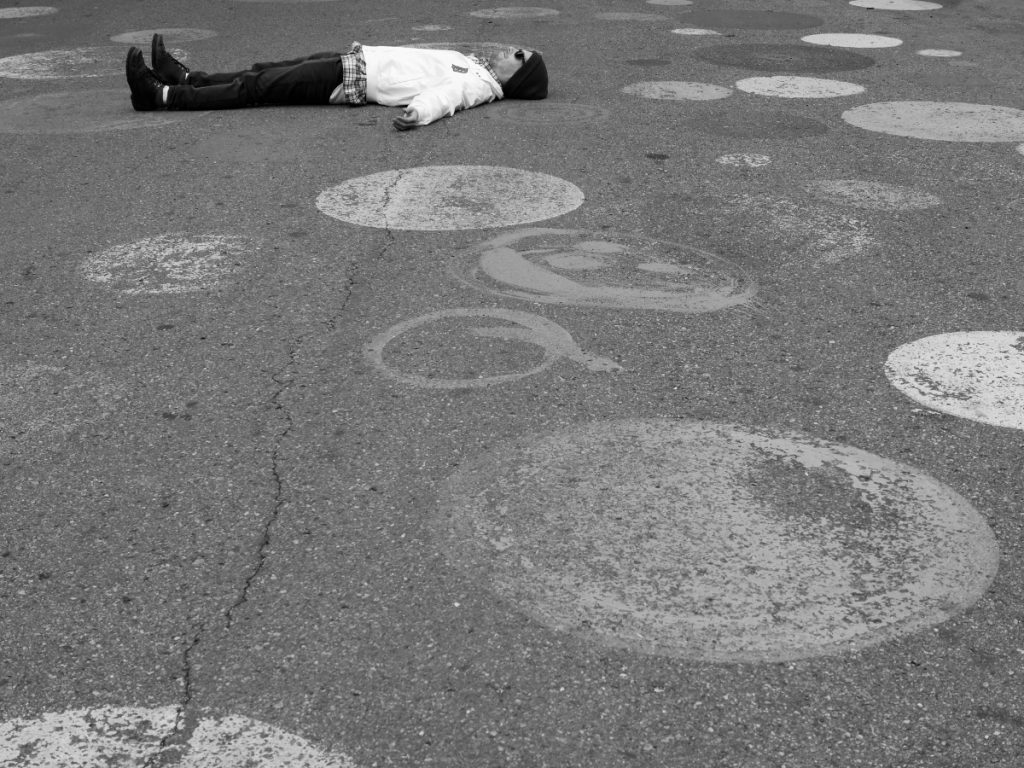 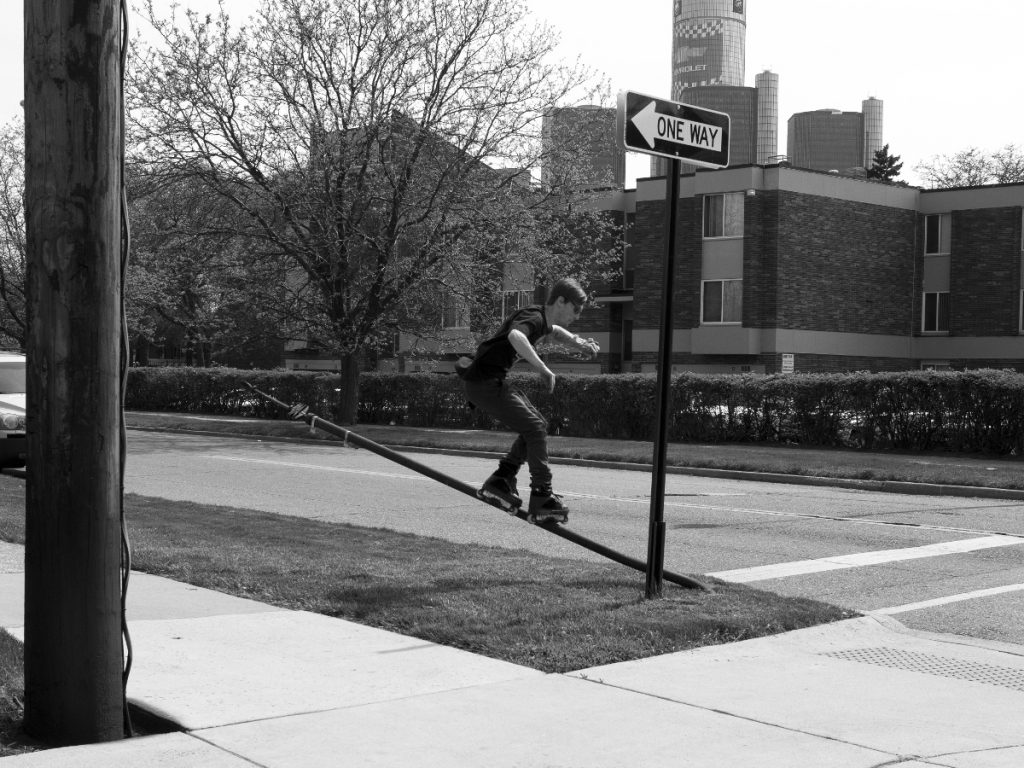 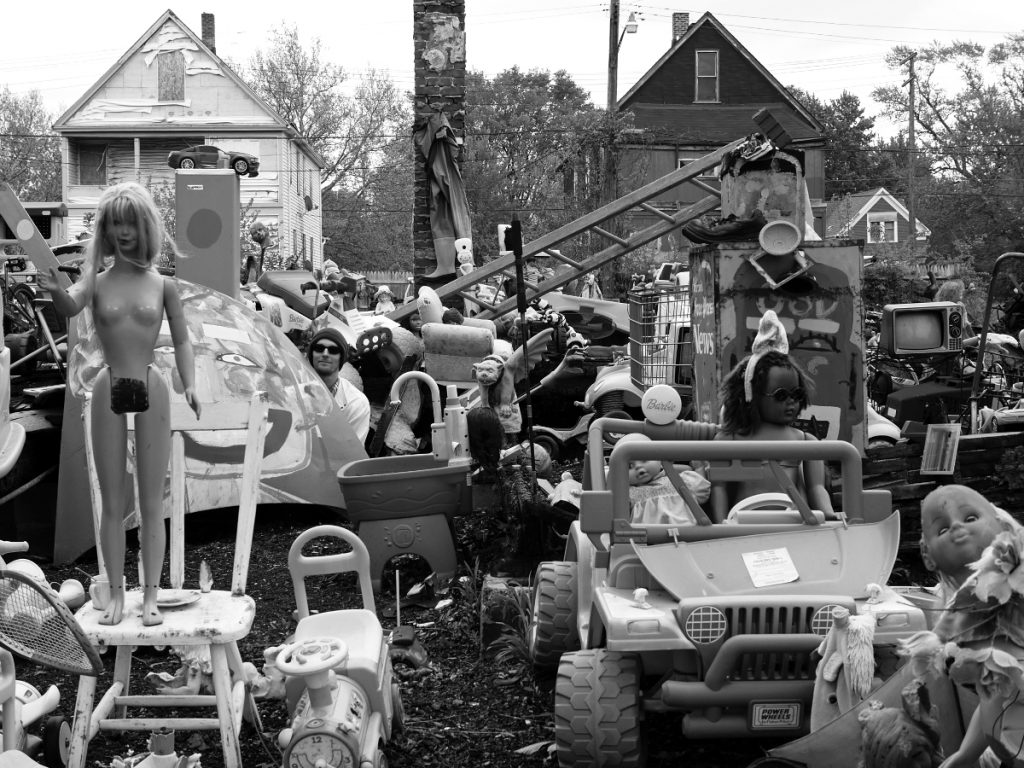 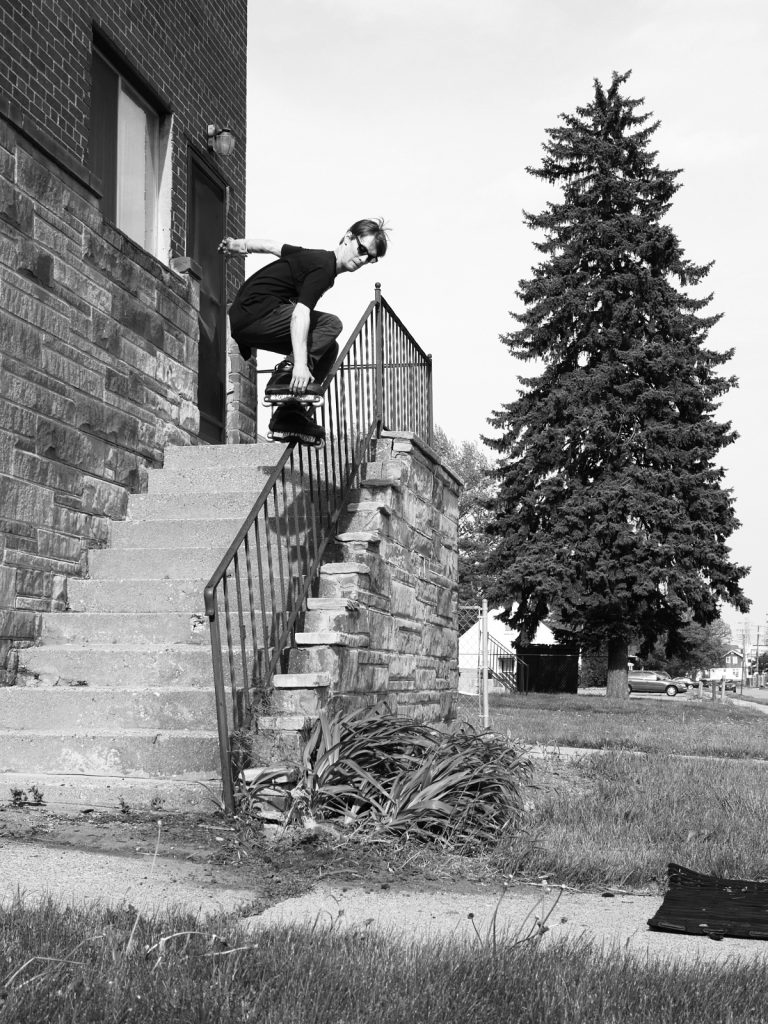 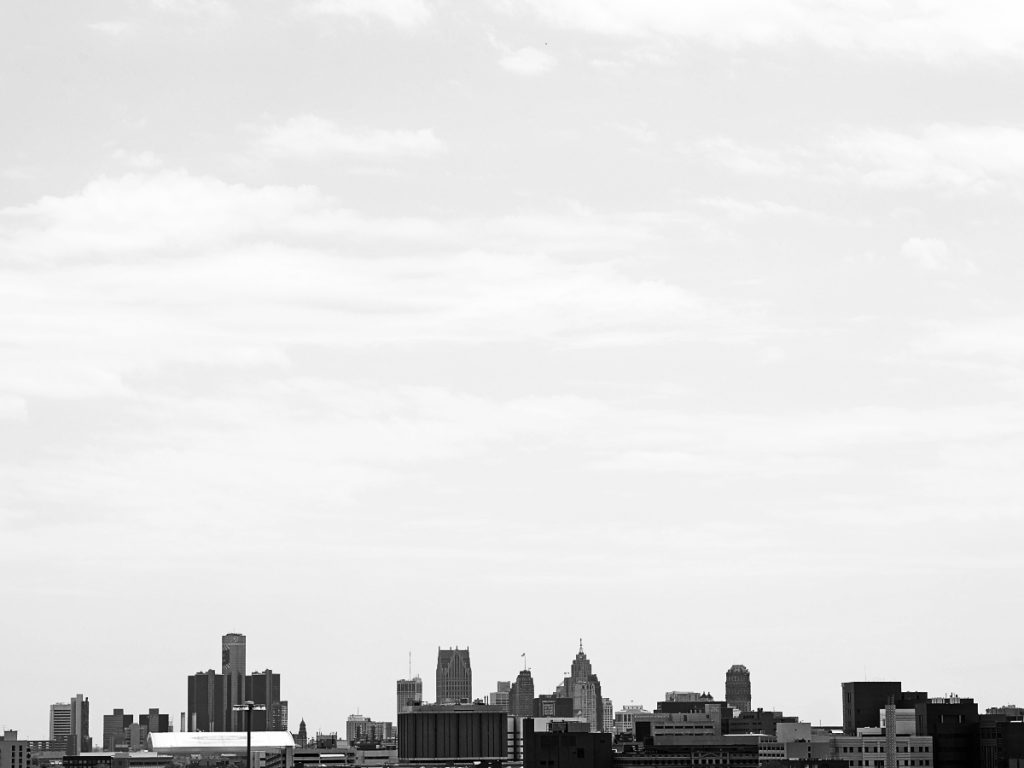