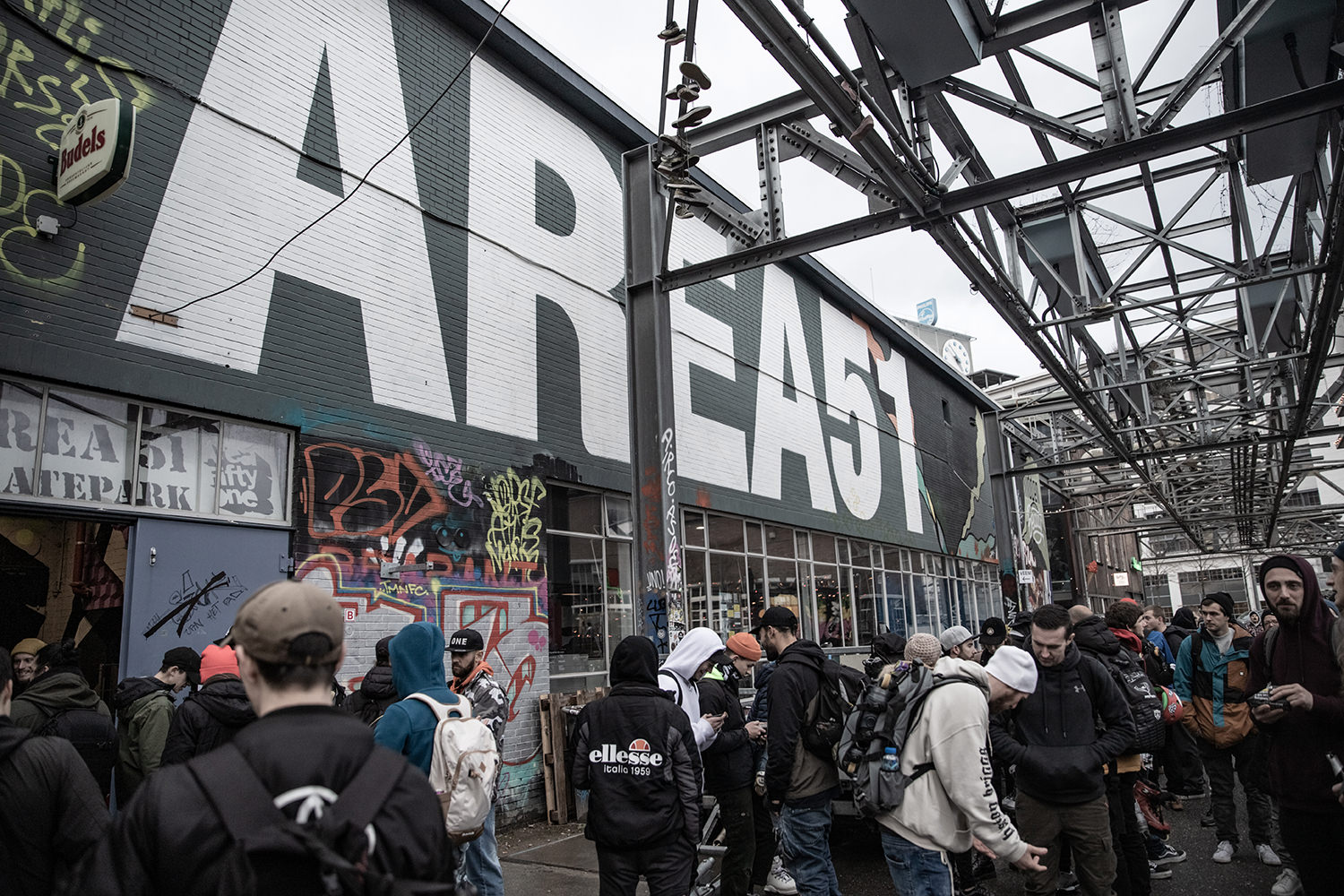 IN THE BARREL OF WINTERCLASH | EVENT REPORT BY CHRIS CORBETT

I had only met UK native turned Canadian transplant Chris Corbett at the 2019 Blading Cup. If you might have recalled, Kevin Little and myself picked him up at the airport the night before, whisking him off for stereotypical LA taco run before seeing him off to the train to Santa Ana. In a strange way, our meeting again in Amsterdam played out in a similar fashion.

About 2 months earlier, I contacted Chris to see if he would want to cover Winterclash for us. The response was work wouldn’t allow the time off. I slowly reached out to a few other photographers and the responses faired much the same. Apparently 2019 pinched pockets hard. Not that I didn’t know the same sentiment, but as this was the first year of the new guard at Be-Mag (let alone an American based staff), missing it didn’t seem optional. To my surprise, Chris came back around a month before and said he was all in, we just needed a media pass. Done and done!

Questions of arrival times came up within 2 weeks of d-day and as it turns out, Kevin, Chris, and myself all were arriving within 30 minutes of each other. We all agreed to wait on each other and make the trip to Eindhoven together. It was serendipitous for us to be siphoned together at that time and place.

Landing in a foreign land and seeing familiar faces minutes after arriving has a strange comfort, especially when it’s only been a few months since you’ve seen either person. It’s not as if you were minding your own business and bump, oh, it’s you! It does make you feel like you’re living the ‘Blade dream’ to travel with your friends. Across continents and an ocean, you get to holler, hail, and hug one out. You get to be lost with them in the airport, be just as confused at the same ticket machines for a train, staring at the new landscape whizzing by, and pointing cameras at each other like the obvious tourists you are. It’s unreal that putting on some skates is the reason you’ve having that moment on a train with your ‘crew’. In that ephemeral bubble, you remember why rollerblading means as much as it does to you.

We didn’t get to see much of Chris at Winterclash after that ride, let alone get a proper goodbye in. Mostly in passing, from across the park with a friendly wave, cheers with a drink in hand at the end of a long day at the Blue Collar Hotel. It was still something experienced all together despite the separateness in the same place.