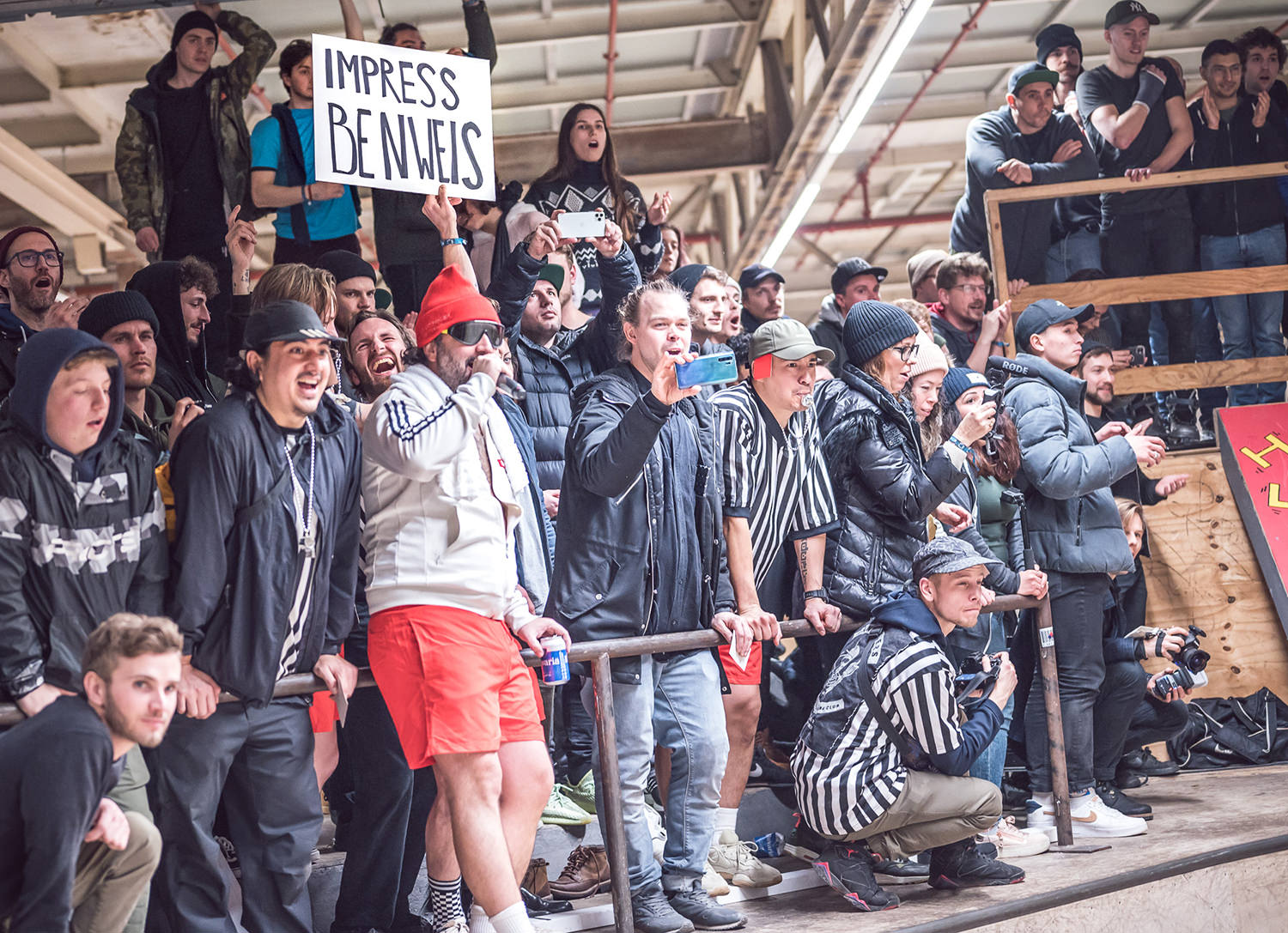 IN THE BARREL OF WINTERCLASH | EVENT REPORT BY DAVID GRANT

If ever you had to say a blading event were a magical blend of mayhem and wonder, it would be about Winterclash. Nothing prepares you for what you are signing up for. Not the barrage of edits, not the endless streams of photos, not the surreal accounts from those online nor the first hand accounts from friends that traversed land, sea, or air for the decade and a half that its existed. It equates somewhere between holding a world cup inside of burning man for the rollerblading world. It is mesmerizing and intimidating just how many people made the journey. In a way, it is our mecca as it reminds us about the interconnectedness we share beneath our feet. There really are this many people who share our passion and devotion to something that at times feels infinitesimally small in the world. The moment you step into the park on opening day, you understand being a cog in the machine that’s so much grander than you are. Though, this might as well be the chaotic amalgam you see in an organic system like an ant colony — there’s a method to the madness as a body, but not to the individual in it doing their individual task. Whether it be as spectator, sponsor, sportsperson, speaker, or showrunner, it contributes to the whole.

As media, it can be overwhelming to sift and sort this all. A handful of photographers were assigned the task of shooting for Be-Mag and what was returned was photographed frenzy. Dozens upon dozens upon dozens of images. Who captured what, what was captured, who captured what moment best. Where do you even start? It’s taken us couple weeks to compile it all and make sense of it all. Even then, we just feel like amateur entomologists asking ourselves “we know what I have, where do we even begin to show what we have on our hands?” Winterclash leaves you with so much content, it’s overwhelming and wonderful. Actually, that’s like Winterclash itself.