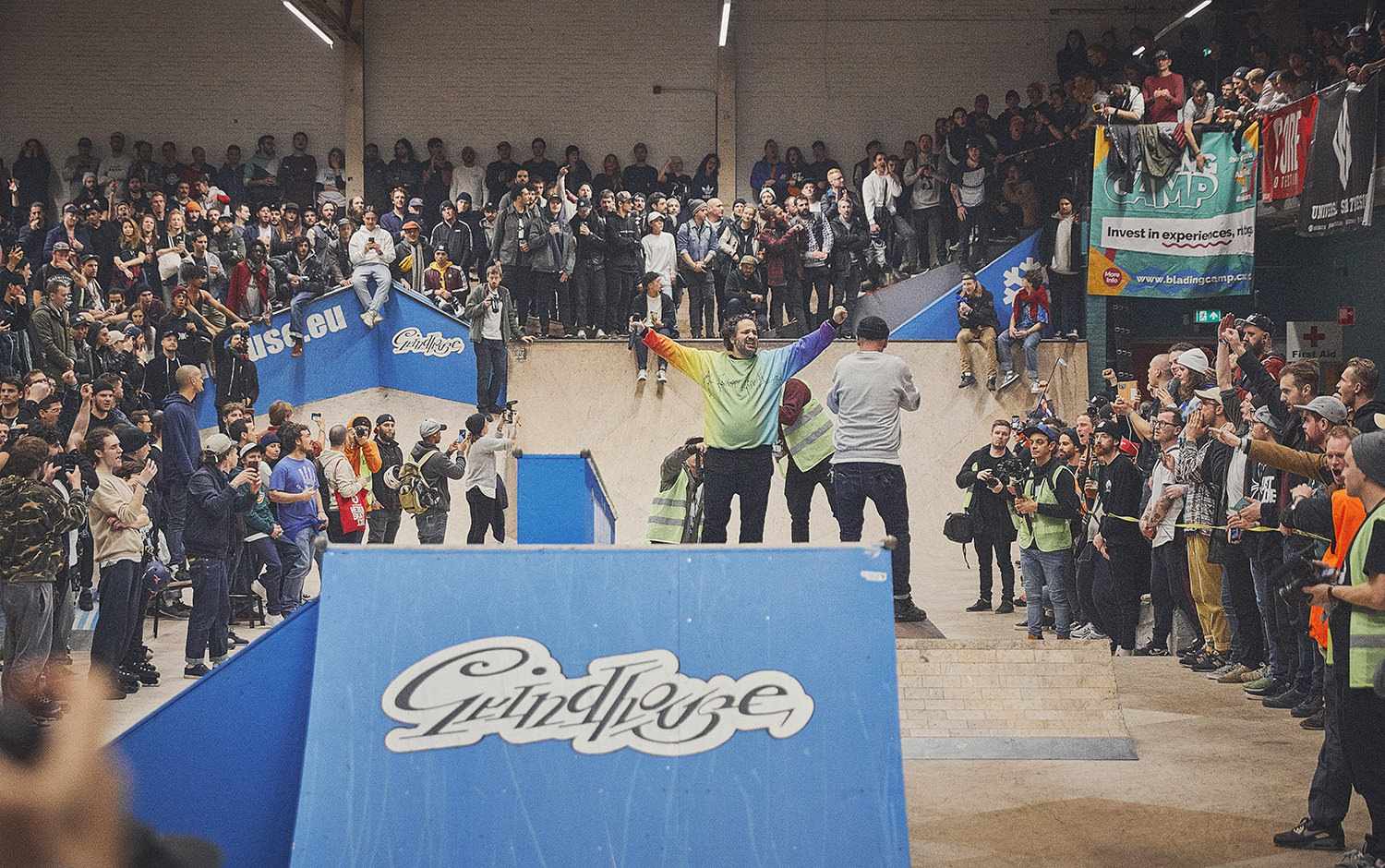 David Holbrook is a London based sports, portrait and action Photographer. Creating Commercial, Advertising and Editorial imagery for an array of clients. He approaches his work with a caring and professional manner.

IN THE BARREL OF WINTERCLASH | EVENT REPORT BY DAVID HOLBROOK

Capturing any blade event can be a challenge for any photographer. There’s the choice between the action and the crowds populating that space; the expectations put upon the viewfinder to be on the look out for the highlights that point toward the outcome and the embodiment of the event itself. Winterclash is no different.

The first questions anyone asked Be-Mag on livestream was not who was there, but what was done there. It’s a goal-oriented sport where you’re only as good as the stunts captured. In a sense, that’s why the community cares more about clips than photos. It’s where the action is. That’s true of any sport though. Capture the winning touchdown, the winning goal, the moment that changed everything about the game. In mainstream sports, the emphasis is on the play by play of the team, the results that make it all worthwhile. In rollerblading, the individual means more than anything. For that same reason, the individual personality of the people involved should matter. Without the eclectic gathering of free spirits involved, our sport might as well be any other sport. That feels counterintuitive to how we portray ourselves. We invoke the specialness of what we do on wheels because of the greater body that comes from every avenue and walk of life. What we are able to do has the lack of rules and allows for what’s been called ‘freedom on wheels’; to let the individual skater find their own means of connection to their skates and approach the landscape with whatever their own personal abilities allow. Why that doesn’t extend to the personalties within is a surprise to me, especially when at something as profound as Winterclash. As a first time attendee, all I could think was, “There is nothing else like this!” There is nothing else within rollerblading that exudes the wildness, welcoming attitude, and prone to wanderlust attributes that best classify who we think of ourselves as a body. That’s what’s missing from many recaps. In the long run, it should become an important facet we need to consider when considering what the outside world thinks of us – to match what we consider ourselves within the private sphere we currently inhabit.

When London-based photographer David Holbrook said he was sending over his images, I found myself dumbstruck at the mass of images. Five links, six gigabytes of images over three days. I lost track after 350 images, all well edited, already selected down. Sorting through it all made me feel as if I was reliving it all over again — the overwhelming mobs, the singular faces peering through, the cheers, bright eyes and brighter smiles, the tricks that won the day and the maneuvers that meant everything to someone watching firsthand. That’s a tricky subject (no pun intended) for any editor to coalesce into something meaningful, let alone a photographer to capture by themselves in a space that’s as vast as it is claustrophobic. What I felt flipping through each photograph was as important as the next. It isn’t just three minutes to consume, clip after clip. Photos transport and transpose us. They remind of us of who we were and who we can be.

David did what I thought was impossible while I was there – giving an accurate insight into organized chaos that is Winterclash, the wheels and visages that make cogs turn. My hat to you David. Possibly a couple pints while I’m at it.