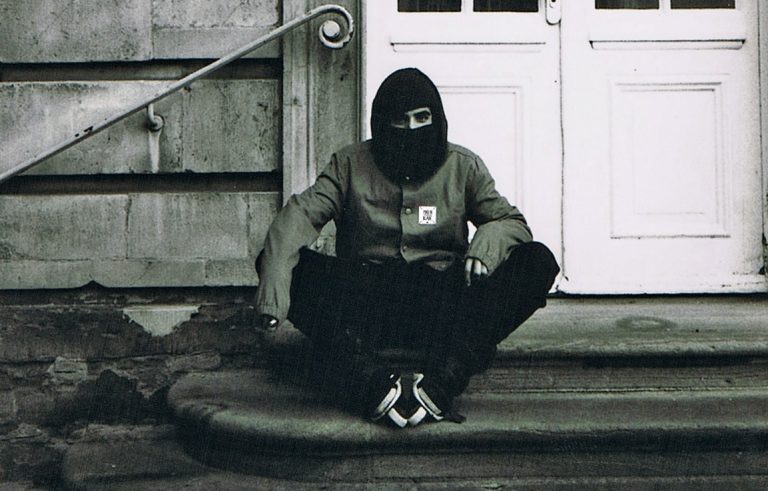 IN THE KNOW & VIDEO: JOAO GONCALVES

Joao was shift working full time for a year and could blade maximum twice a month… and now he decided to take it slow for a bit and do more stuff that he really enjoys. He always been really passionate and perfectionist about his blading and doesn’t give a shit about what other people think. Our small Portuguese G.
He was blading since he was a kid and he is our closest bladebuddy. He is really up to date when it comes to fashion and clothes but he won’t say it, or simply reply that it’s what he likes right now. #pantz
He’s got the highest sitting true fishys like Schwab and is generally a huge fan of the whole Xsjado family, especially Victor Galicia and the really creative dudes.
He is one of the very few people who saw almost my whole developing process as a blader from my first handrails until now.
He is the main dude besides me and my brother behind Borklyn ZOO. Even if you couldn’t see a lot of him over the last year, he was always involved in the making of Borklyn Zoo content. 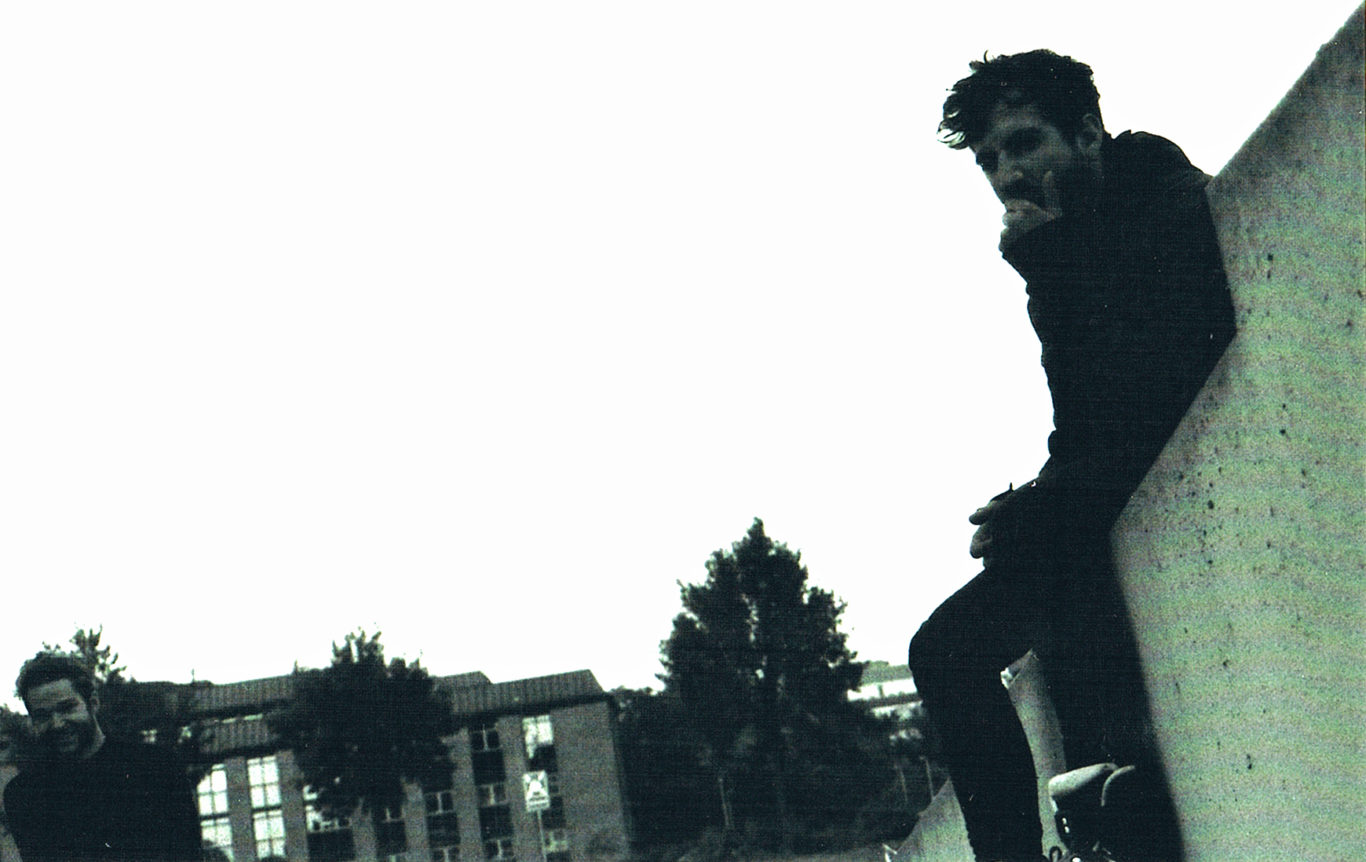 Be-Mag has been following Joao Goncalves for a while now, but as he kind of dropped of the face of the place, it was not until now that we finally got a chance to talk to him. And what better opportunity but the release of his XSJADO profile video. Eugen Enin was kind enough to introduce us to Joao, while I had took the chance to ask him a few questions.

So, Joao… nice name. How did you end up in Germany and Borken?
I landed in Borken because my father found a job here and after he found a flat and saved some money we followed him.

How has Eugen been treating you?
Well, he only speaks to me as long as I land my tricks on nipple high flat rails.
No, seriously I have known Eugen ever since I can remember. We’ve been friends since day one.
One thing people can’t see in our videos is that Eugen, Daniel, Sven and I hang out almost every day besides blading and spend a lot of time together. 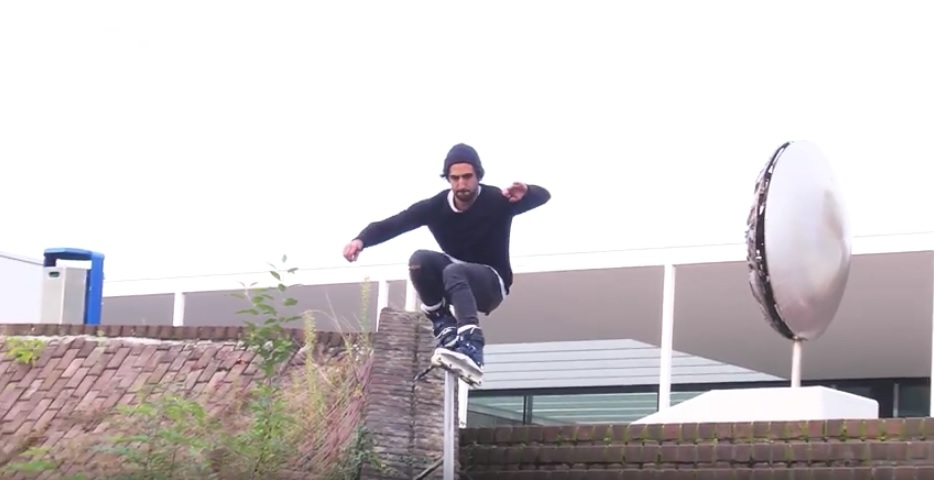 Eugen mentioned you like fashion, so you think your fashion interests influence your blading?
No I don’t think so, there are way more things besides blading that inspire me and influence my blading.

Then, what inspires your blading?
There are a lot of things.. First of all other bladers of course but i also like to see other sports like snowboarding and stuff like that. Daniel is a skateboarder so he also shows us a lot of skateboarding videos. For example ‘Spirit Quest’. It is a skateboarding DVD and the concept is Mind-blowing. Also music and music videos inspire me a lot. But all the things I mentioned besides the blading are things that just inspire the way I see and skate a spot or how an edit could look like.

With all the rumors of Xsjado leaving the market, did you already start thinking of getting other skates?
I already knew that Xsjado isn’t doing so good for a bit longer but this was never a reason for me to quit because I love the concept and the whole vision behind Xsjado.
But a while ago I tried a pair of Aeons and they felt pretty similar to Xsjado so I’m trying them out now. 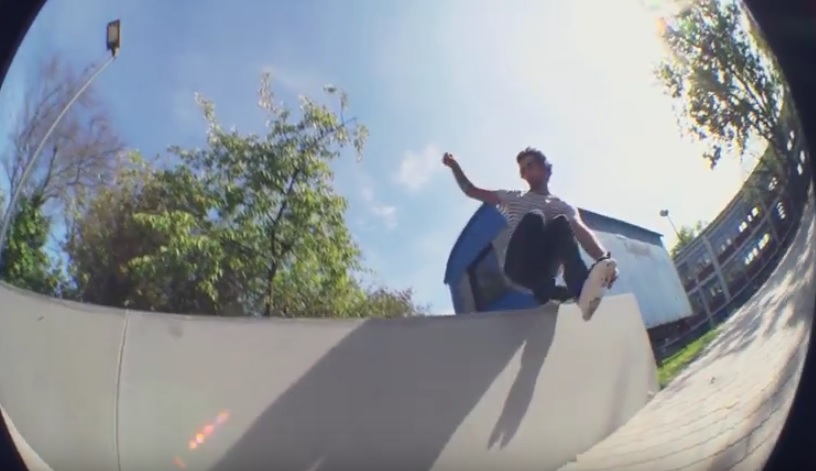 Why do you like Schwab and Galicia so much, they both skate so differently?
I don’t like a stereotype of rollerblading. I always loved to see how a single trick can look so differently when a different person does it. People doing their own thing without following trends, thats what I like seeing the most.

As you’ve been involved a lot in Borklyn Zoo, I guess you must be following what’s happening on the video front?
I have been a part of Borklyn Zoo since day one.But sometimes you saw me less in front of the camera because I had full time jobs but I’ve always been involved in everything. Trying to get back in touch with the scene since I didn’t follow it for quite a while because of a job, but Eugen and Daniel are rollerblading geeks so they always kept me up to date with VOD releases and new edits.

What was your favourite video besides the stuff you guys made in 2016?
This is a question I can’t answer. This year there was too much good stuff like all the VOD’s and great free releases, but if I have to name some, SOTA, Cayenne and Chapter2 were amazing. 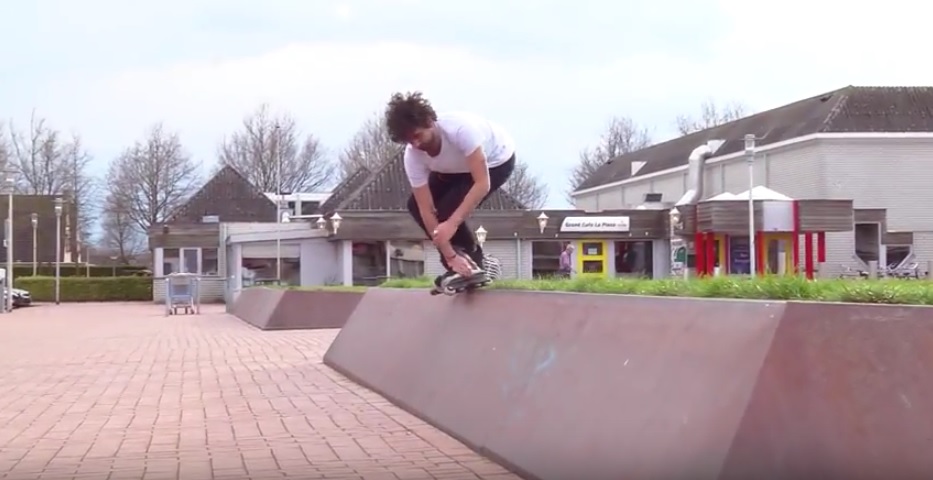 Where do you think where skating and videos will go in 2017?
Normally I don’t think about stuff like that. I don’t know where it is going but I’m curious what the future will bring. I would love to see more fun and entertaining Videos.

What is fun and entertaining to you in videos?
Stuff like our ‘basketball’ videos, for example.

Is there a trend you see emerging that kids won’t have enough of in 2017?
Complaining. 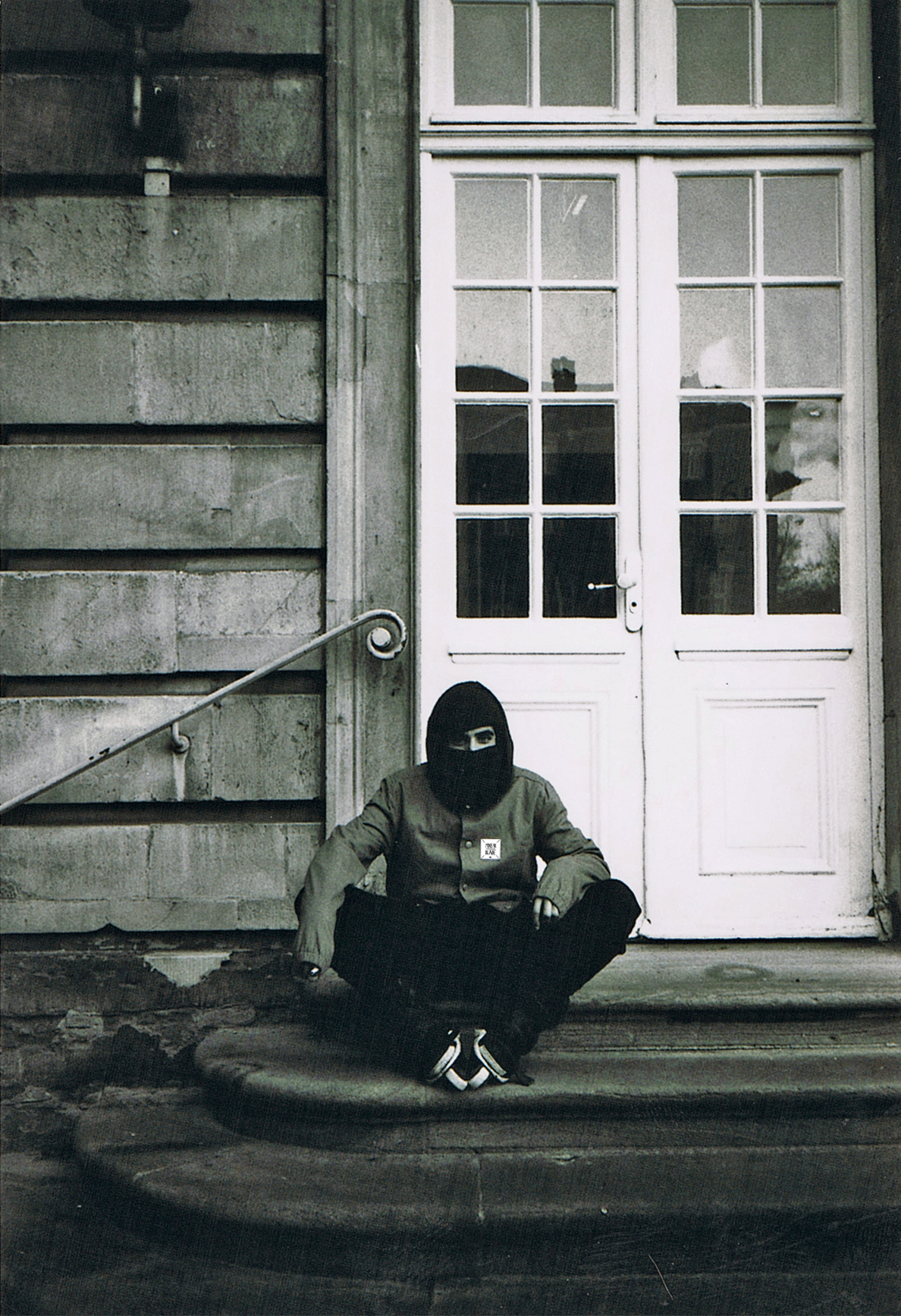 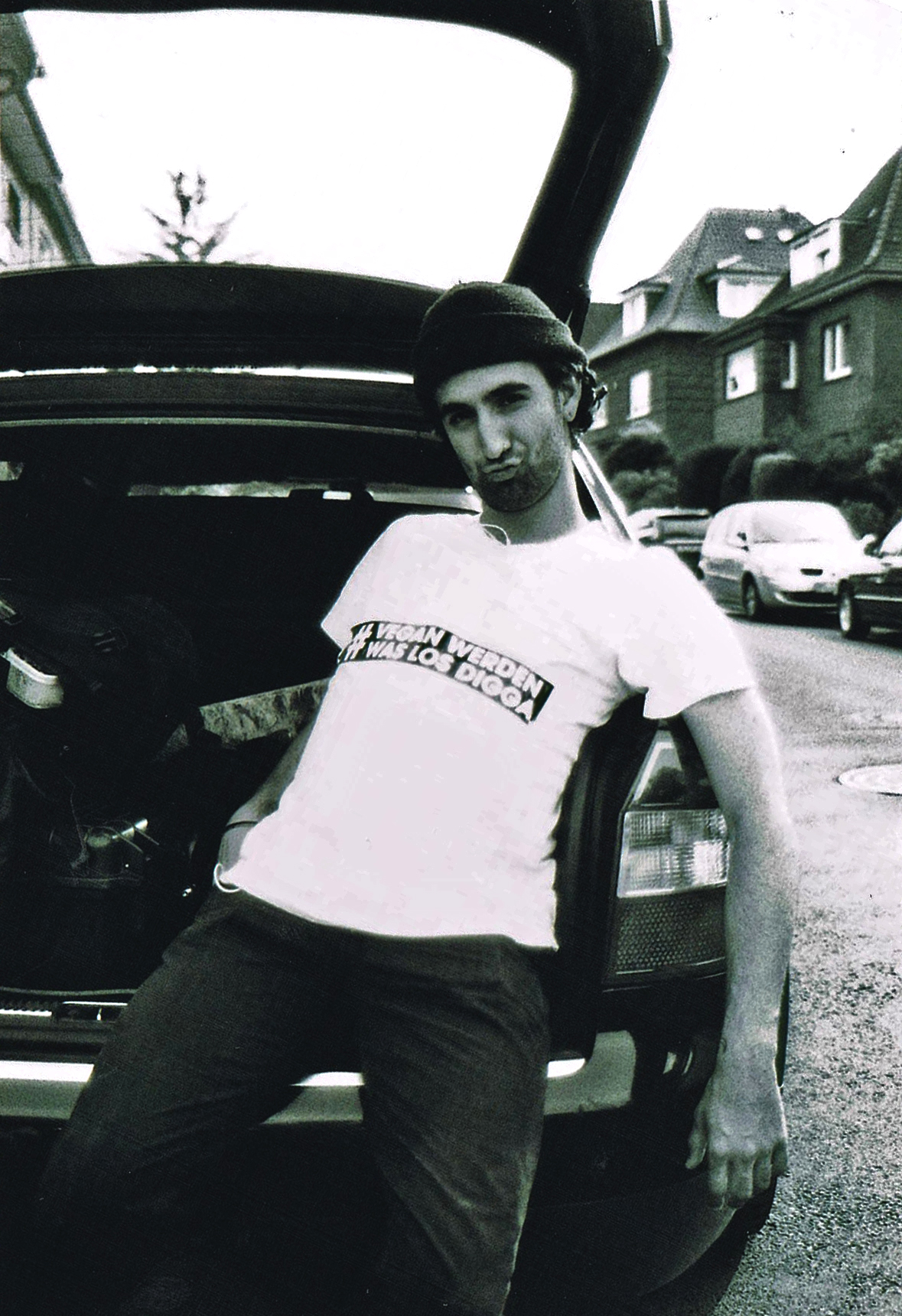