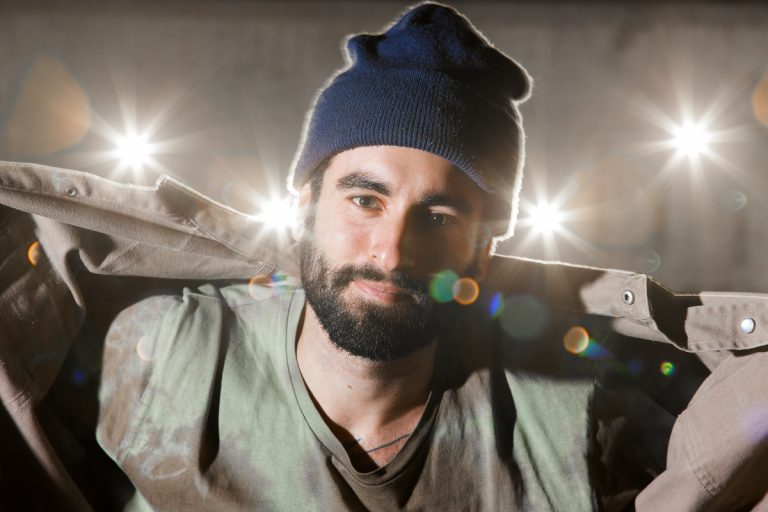 I first met Carlos Bernal back in 2011 when I first arrived in Barcelona. The clean cut newcomer had just started skating flow for USD Spain and he was developing his skating, trying to make a name for himself amongst all of the bladers coming through the Powerhouse Studio.

Fast forward five years and that same kid has grown up; now covered in tattoos, a big ass beard, a collection of sections under his belt and an AM spot riding for Undercover Wheels. Growing up in Barcelona, arguably one of the meccas in the world for action sports, Carlos and his Diamond Eggs crew filmed for a year to complete this section filled with big spots and technical switchups. He took some time to give us a bit of insight into this section and what went on with his 2015.

First ever video you watched: VG19

Worst injury: A fall I had doing a disaster and I broke my coccyx and damaged a couple of vertebrae.

Next trip: For 2016 I plan to travel to quite a lot of cities outside of Spain, I still need to organise it. 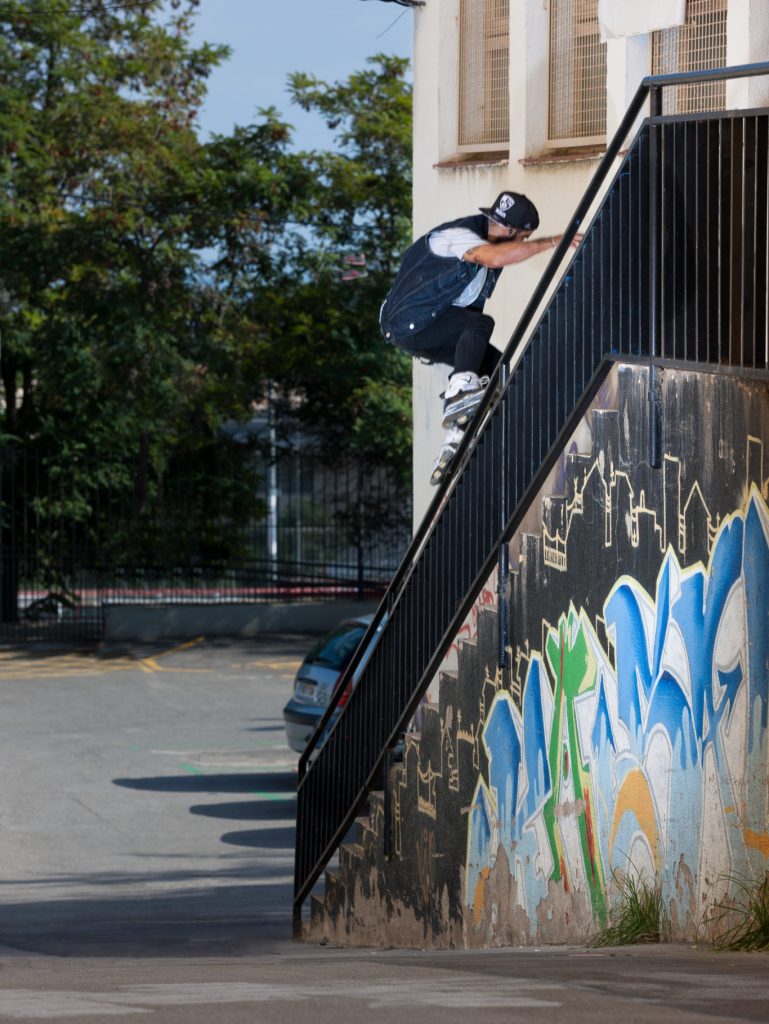 Carlos, you told me you’ve been gathering clips for a new section. How long have you been filming for this part and in what places around the world?
Yes, I’ve been filming for this video all year. For me it’s very important because I’ve dedicated a lot of time and effort to it so that both the filming and editing and the execution of tricks is perfect. It is all filmed in Barcelona except for one or two clips in the surrounding area, but everything is here in Catalonia. The filming is done and the editing is almost finished, I will put it online around the end of January.

What are you doing for work now? How has that affected your ability to film for this section?
Work has affected me a lot because I could only skate during a few lunch breaks in the week and sometimes on Sundays. I have also been in a relationship with a girl which has lasted almost the whole year and which also took away some time for filming, but I always found time in the week to get a clip or two.

You skate big spots and injuries can happen. What was the worst injury you had while filming for this section?
Luckily I have not had any injuries filming this video, just a few knocks and bruises but nothing serious.

How do you get the motivation to skate such big spots?
I stay motivated watching old videos, it’s the skating that motivates me and makes me go out wanting to film and do big spots.

What things outside of skating influence the way you see skating?
Everything influences it. The years go by and you start to realise that you can’t just skate because you can’t earn a living from it and you have to look for a profession and work in order to then enjoy your sport, since it’s a hobby, not a job.

Do you do any other sports besides skating?
Yes, I like sport a lot. Besides skating I surf, snowboard and I do weight training almost every day to stay in shape for all the sport I do. I don’t go to the gym because I have a bar at home for doing pull ups and weights although sometimes I also go to the park with friends to exercise.

You are part of the Diamond Eggs crew – your friend Michel Prado told us about them in his insight interview. How do they influence you in the way you choose the spots and the tricks you do?
Right now my crew Diamond Eggs influences my skating a lot because without them I wouldn’t go out skating with the same motivation. I love going out with them although this year I haven’t been able to much because of work and other things… but of course thanks to a lot of them I don’t lose motivation to skate as we are a crew of very good skaters and it helps us to be able to all skate the same spots and to push each other (in a healthy way haha), in order to evolve and progress every day. Also it’s because in a lot of tricks they’ve motivated me and they’ve told me, Come on Carlos you can do it…. Maybe I wouldn’t have gone for a lot of the tricks I’ve done in this video. I’m thankful for them always being there to skate with, have a few beers with, go out partying with or for whatever else.

What are you going to be working on in 2016? Any trips or filming sessions you have planned?
Now I’ve left the shoe shop where I have been working all year and in 2016 I want to travel a lot around the world to skate and film as much as I can. I don’t know where yet but I need to organise it. I still remember the trip I did to the United States and the Dominican Republic, which was 3 years ago now but I think about it almost every day because I had a great time and I really want to do something like that again. I’m also thankful to all the people who put me up in their homes (John, Gaby, Oliver, Manuel, etc.)… thanks for making my trip abroad so intense and I hope that in 2016 I can enjoy more trips as intense as that one!

Shoutouts?
I want to thank my family for always supporting me in everything I do, Rafael Lopez Maldonado for helping me both to film and to edit this video, and thanks again to my crew of friends Diamond Eggs and to Be-Mag for this interview!