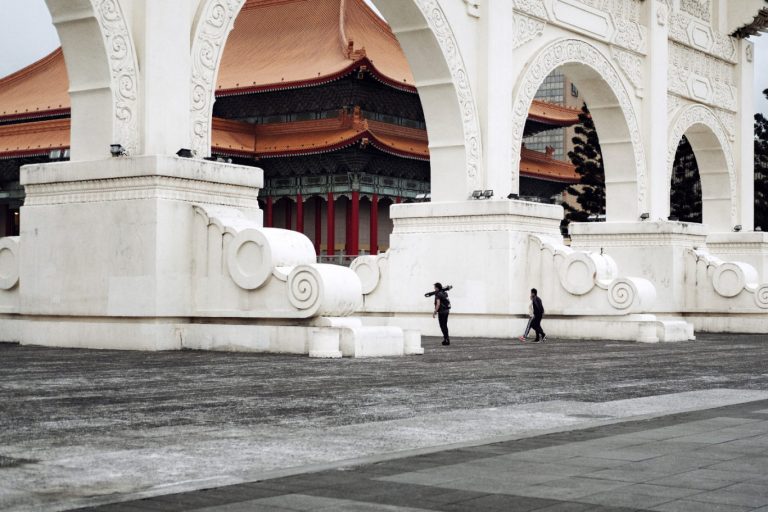 INSIGHT | CAYENNE BROUGHT ME A NEW VIEW ON ROLLERBLADING

Formosa would have looked extremely different if it weren’t for Po-Tsang Lee. The unsung hero of the latest Cayenne adventure in Taiwan, Po-Tsang actually quit his job when his manager refused to give him enough time off to follow our little crew during the 3 weeks we planned on spending there. And without thinking twice, he became heavily involved in the logistics behind the trip and contributed in a myriad of ways.

From finding interesting locations, mapping spots out and helping us handle the bust factor, to figuring out transportation, hiring a driver, purchasing train tickets or renting out the van, to all the other aspects of daily life like getting a roof over our heads at night, keeping us fed with local delicacies and simply coralling a group of twelve clueless travellers through the intricacies of local life and culture, he did it all.

While we learned a lot from Po-Tsang, it turns out he also uncovered quite a few things as he found himself on the other side of the screen. The countless hours spent each day searching for spots, skating them and getting it all filmed are easy to forget about when you watch the end result, which would be very different too if it weren’t for the work ethic that animates each member of the Cayenne crew.

To celebrate November 7th, which is precisely the day we landed in Taiwan one year ago, here are some of the lessons he’s learned: Enjoy the read, and to you Po-Tsang, a million thanks my friend! 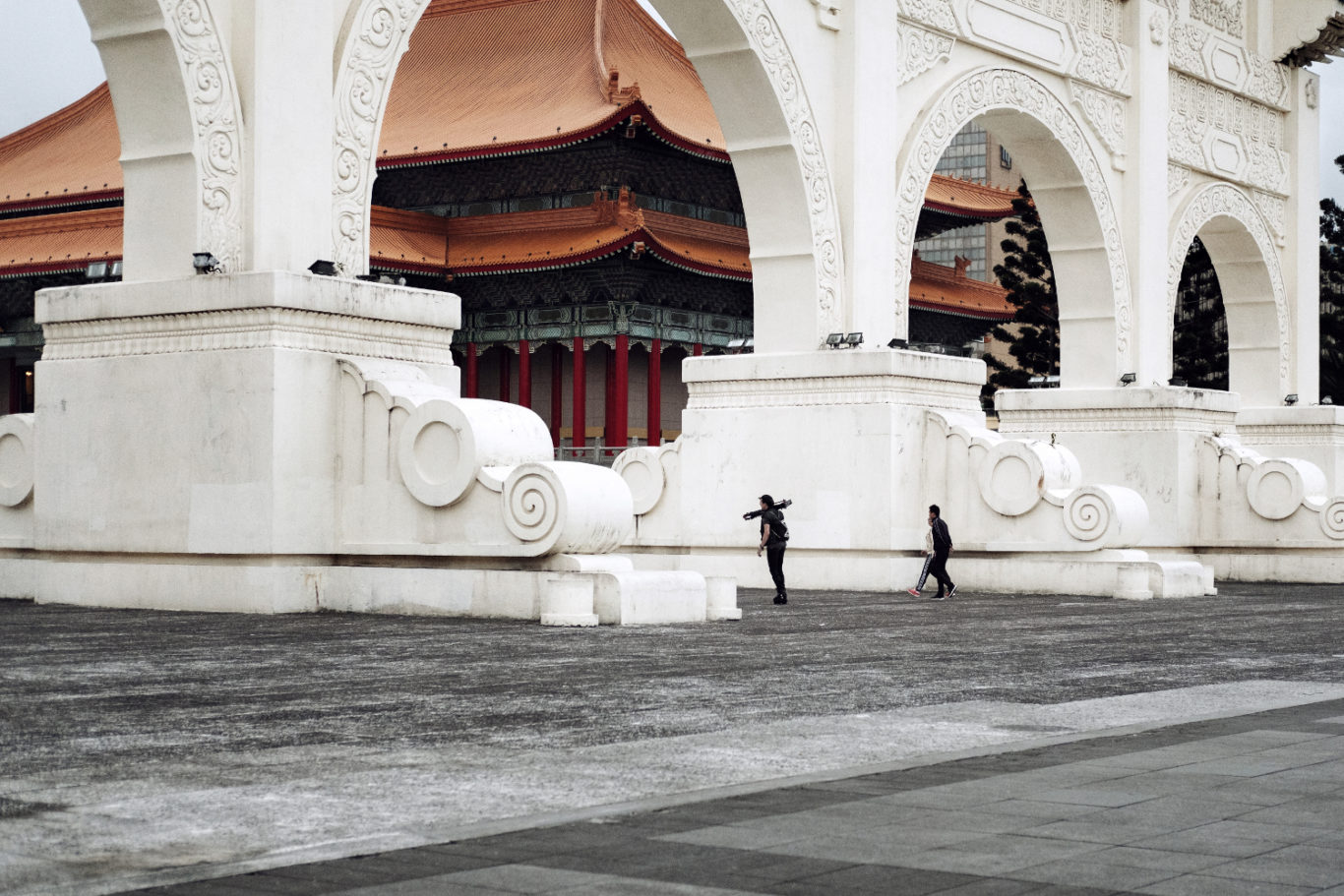 When I watch pros doing crazy tricks, I always think that they are not allowed to fail otherwise, it hurts very badly! To do those awesome tricks, they must be achieved first or second try. Because the risk gets higher with more tries! Most of the time, however, we see crazy tricks landed rather than all the awful falls. So how do these bladers achieve it?

Be prepared, and get as ready as you can before the real jump! What I found is that real pros don’t rely on talent, the mental part, or even gamble but science and effort on their skating. What they do is they try their best to recreate the real conditions before they actually do a trick. They help each other onto a rail, from a lower spot first and then moving up to see how the rail slides, and they put wax on progressively to ensure it won’t be too fast. They might even jump the stairs first if they’re attempting a disaster trick. Warming up with easier or similar tricks first is also a very common strategy. For example, if a true spin top soul is the goal, then they’ll try with backside full torques first. Actually, they do work quite hard to avoid injuries and lower the risk in general. That is why they can always do crazy tricks without hurting themselves. They use their brain to blade! 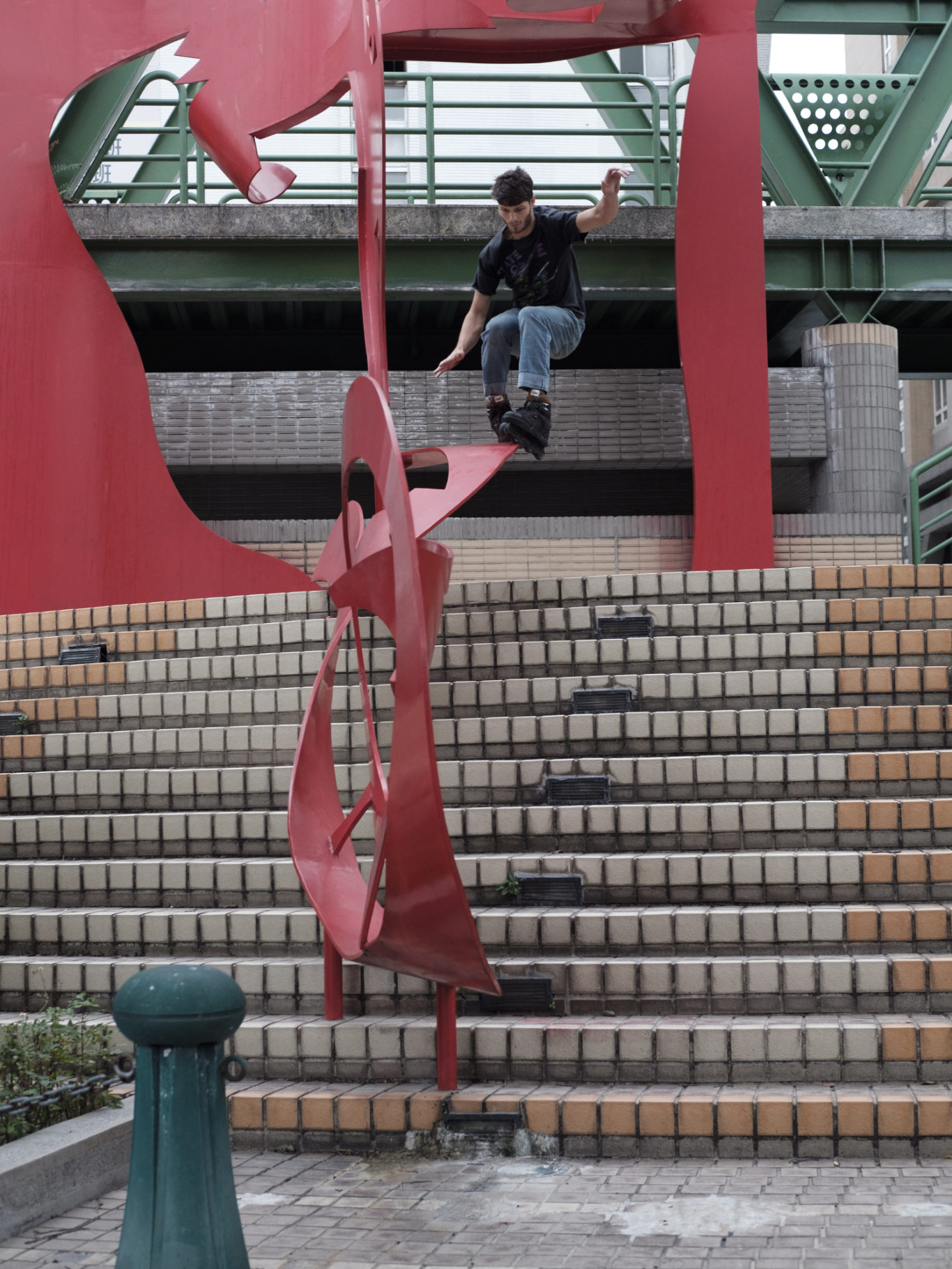 They also have high self-requirement. During the days I spent with the Cayenne Project, I found that all pro bladers have very high standards for themselves. Tricks must be landed the way they envision them in their mind otherwise, they simply won’t stop. Sometimes the trick might require a 360 out, or the rail has to be grinded until the very last inch… I can very much feel how seriously they regard their skating performance when I am watching them skate. Even though sometimes the trick is really hard, a pro blader will do it again if it isn’t that clean, if they landed in the wrong place, if the style isn’t right, or if isn’t what they want to do in the first place. DO IT AGAIN! They don’t care for the time and energy spent, and only focus on what they really want to do.

I still remember when we were shooting the night skitching clips in Kaohsiung. Unfortunately, we ran straight into a policeman. He yelled at us and tried to stop us. Farm just said to me, “Don’t stop!” Therefore, we kept on skating to escape from the police. We hid in a park and had a conversation. I asked Farm that if we had some time the next day, would he want to go back to the three-layer down rails and finish his trick? “Of course”, he said, ”if we have time. But usually, I don’t go back to a spot, because I won’t leave until I complete the trick.” I could tell, as I remembered his ender in Feet, where you see him try that trick from daytime to nighttime, even changing clothes, and doing it in the end! Farm told me that in fact, he couldn’t make the trick on time before going abroad, so the whole video was waiting for him to be back so they could film it again, and only when he did they actually finished the video! 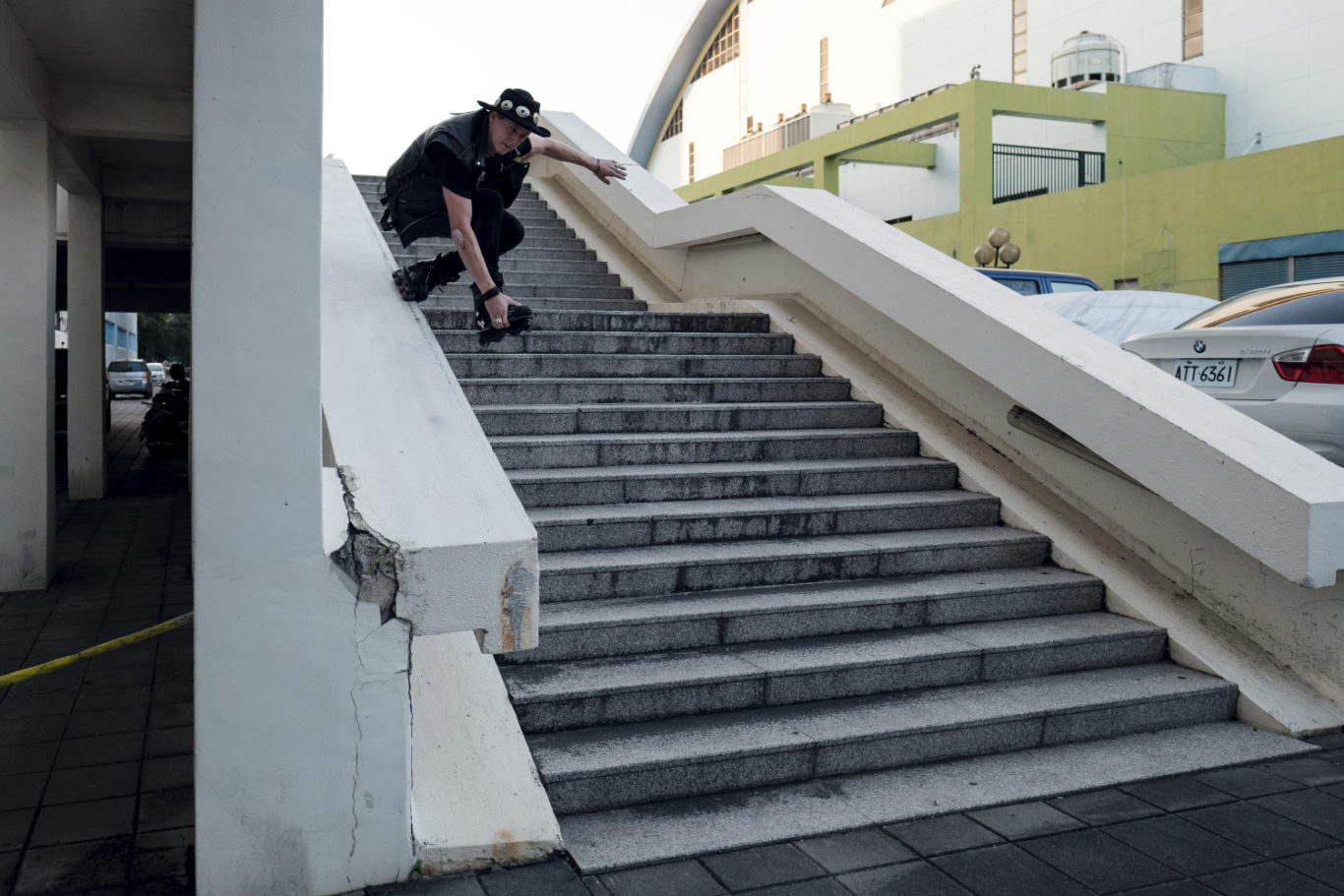 Now you know the high-pressure pros put on themselves, but the cameramen are more than that. I couldn’t imagine what their lifestyle was on tour before I met them. They woke up earlier than everybody every morning and started preparing all the equipment. The latter is very heavy, but they carry it and skate around the city with bladers all day! What a tough work! They also treat their work very seriously. When the crew decides to shoot a spot, the cameramen will first discuss with the blader and arrange the filming angles, sometimes even think about how to edit it at this stage. There are a lot of preparations. In order to cooperate with the pros, they have to shoot it maybe dozens of times sometimes. But I never saw them complaining or being impatient, as they just kept on filming until the pros did their tricks. When it comes to filming a line, that almost becomes a physical training! The thing is that the pros can take turns to do the tricks, but the cameramen can’t stop and take a break! And this is not all: After a hard filming day, when we were back at the apartment, Karsten and Benny kept working, organizing the clips and charging batteries. They would usually finish their work first before talking and playing with guys. I admire them so much because this is a nonprofit project, and you must have a very strong passion for rollerblading, otherwise you wouldn’t do things this way! 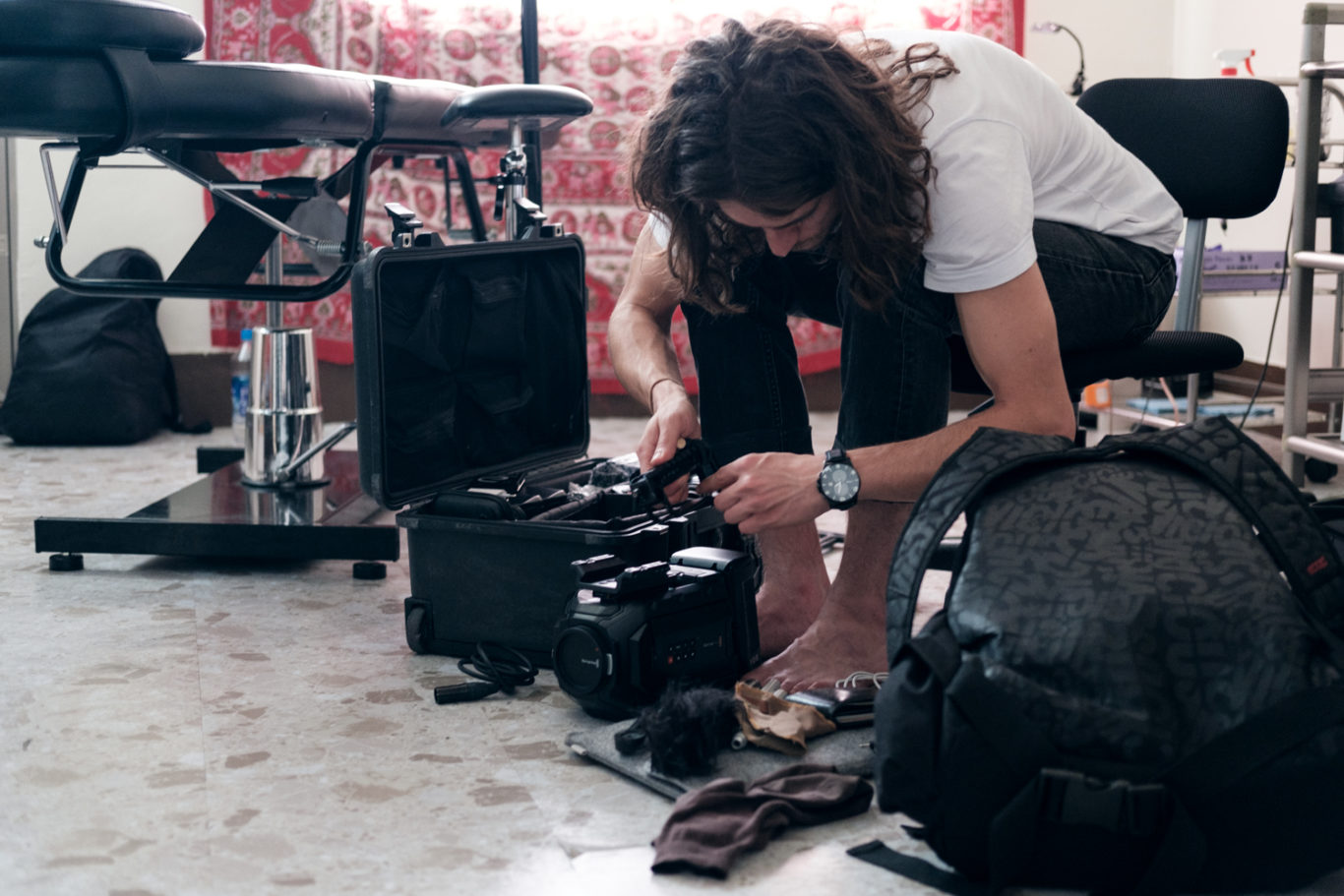 Cayenne is very different from the blading tours I had with the homies. We usually spend half of our time relaxing and sightseeing. But the guys do the Project just like they were on duty. They skate about 10 hours a day. We are like in a wartime, there probably weren’t more than three times when everybody sat together to have dinner. Guys usually take turns to go buy food. The rest of the crew keeps on filming other tricks. These guys just want to film as many tricks as possible, and it’s very intense work. So how do these guys always stay motivated? There are two ways. First, Freddy made a dashboard on the first night in Taipei, where we kept track of the tricks that were being done during the day. It makes everybody not want to be left behind. And what I found out is that the guys actually take turns to lead the crew. If today I do more tricks than the others, then I will take a break the next day, and another guy can do more tricks to inspire and motivate everybody. I think the exciting atmosphere is also an important reason that keeps everybody full of energy to skate every day, and do awesome tricks again and again.

Being with Cayenne Project for a month really gave me a brand new view on rollerblading, especially how hard the pros skate to achieve good tricks. If through my words, you can feel how much effort they put into this project, please don’t hesitate to purchase the video (you can do it just HERE)! I hope I can see Cayenne Project having more episodes than iPhone versions ahah! 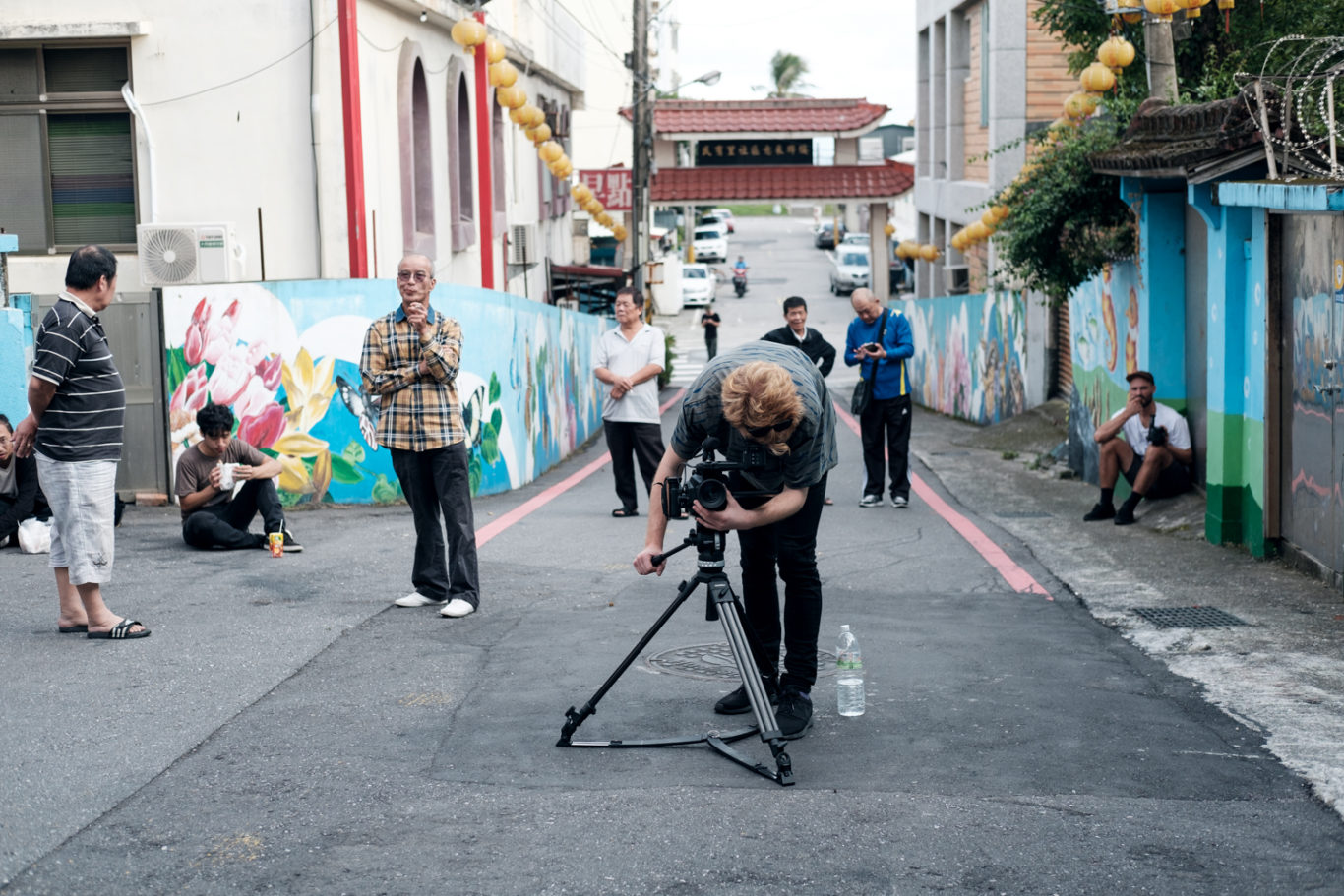 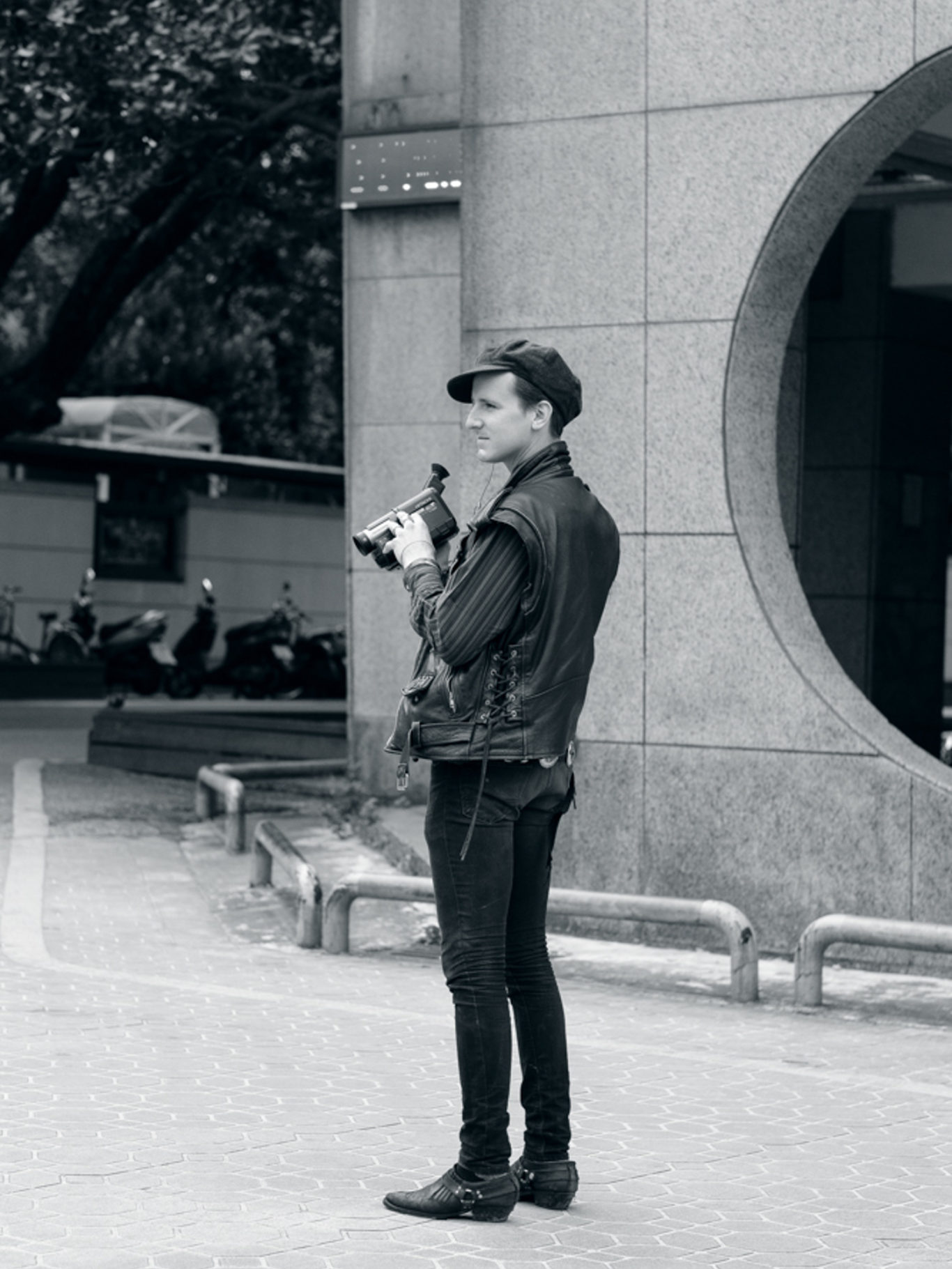 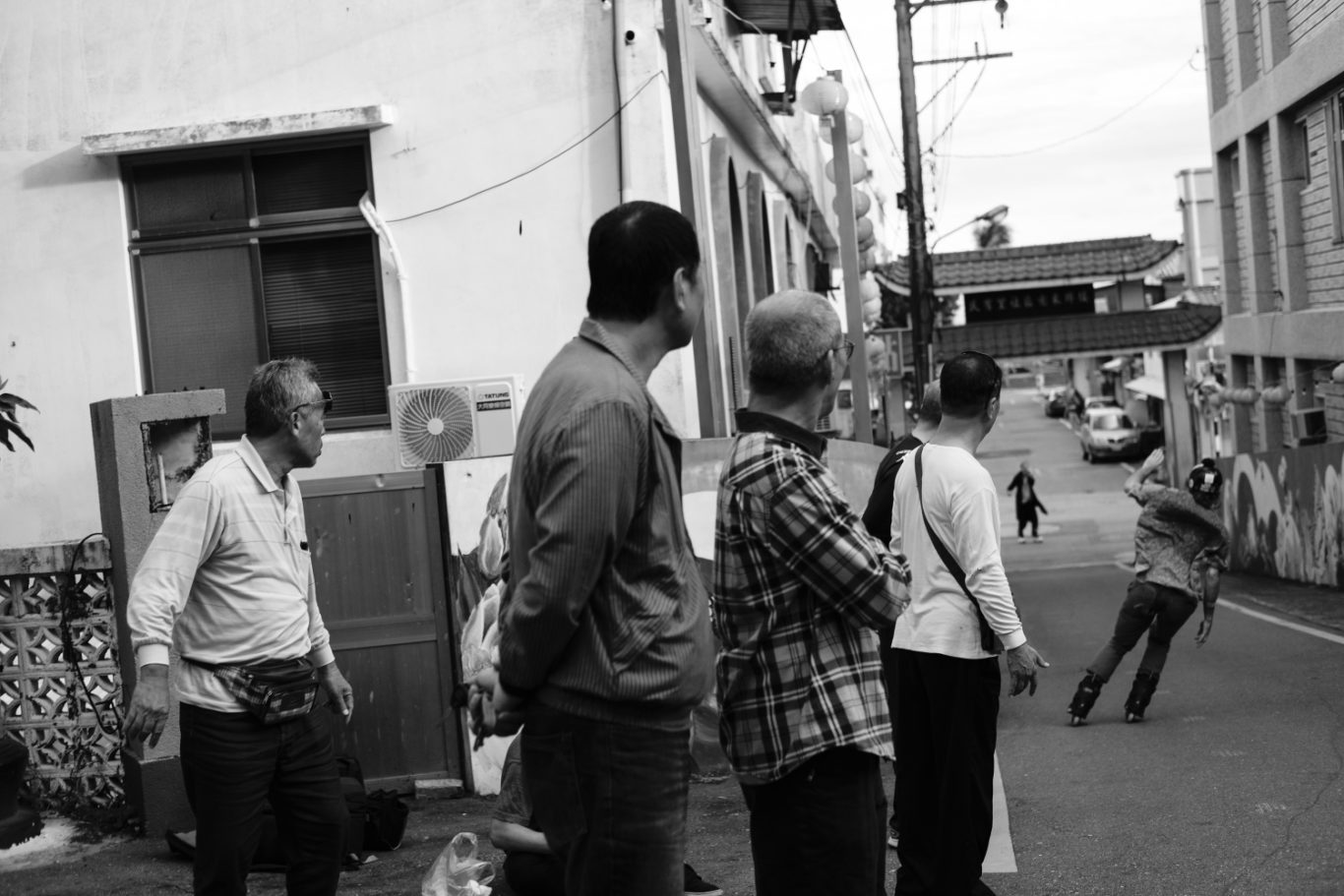 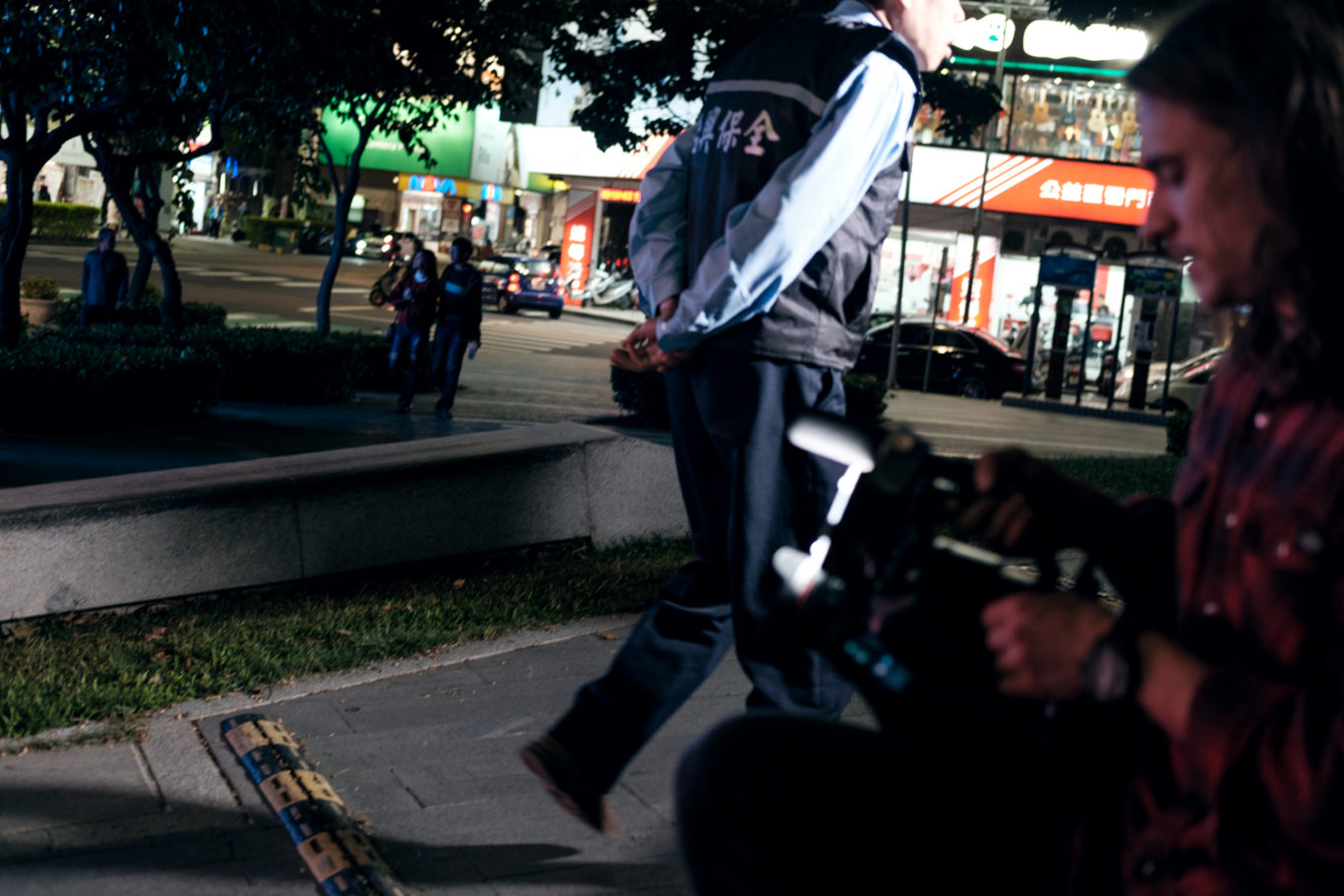 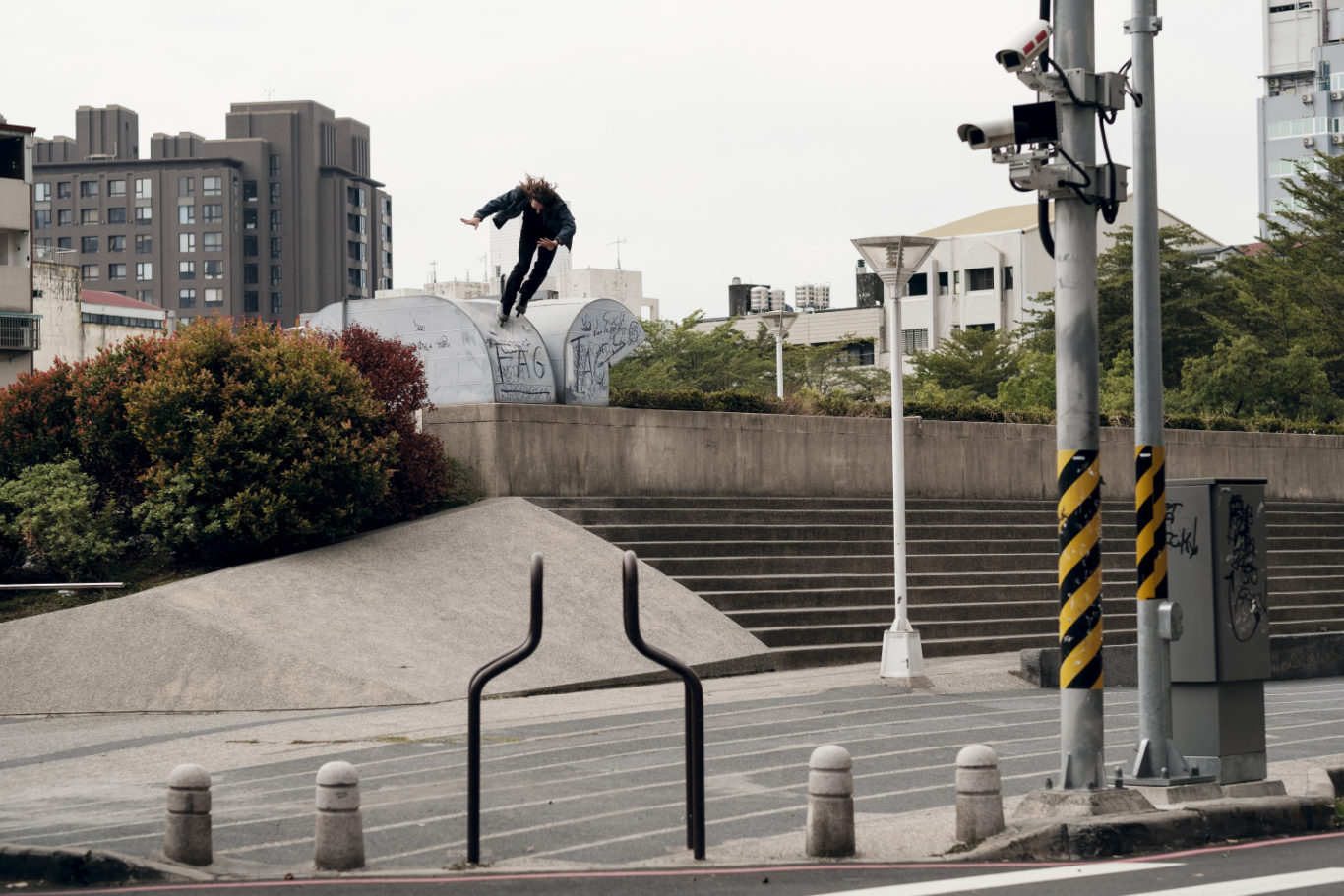 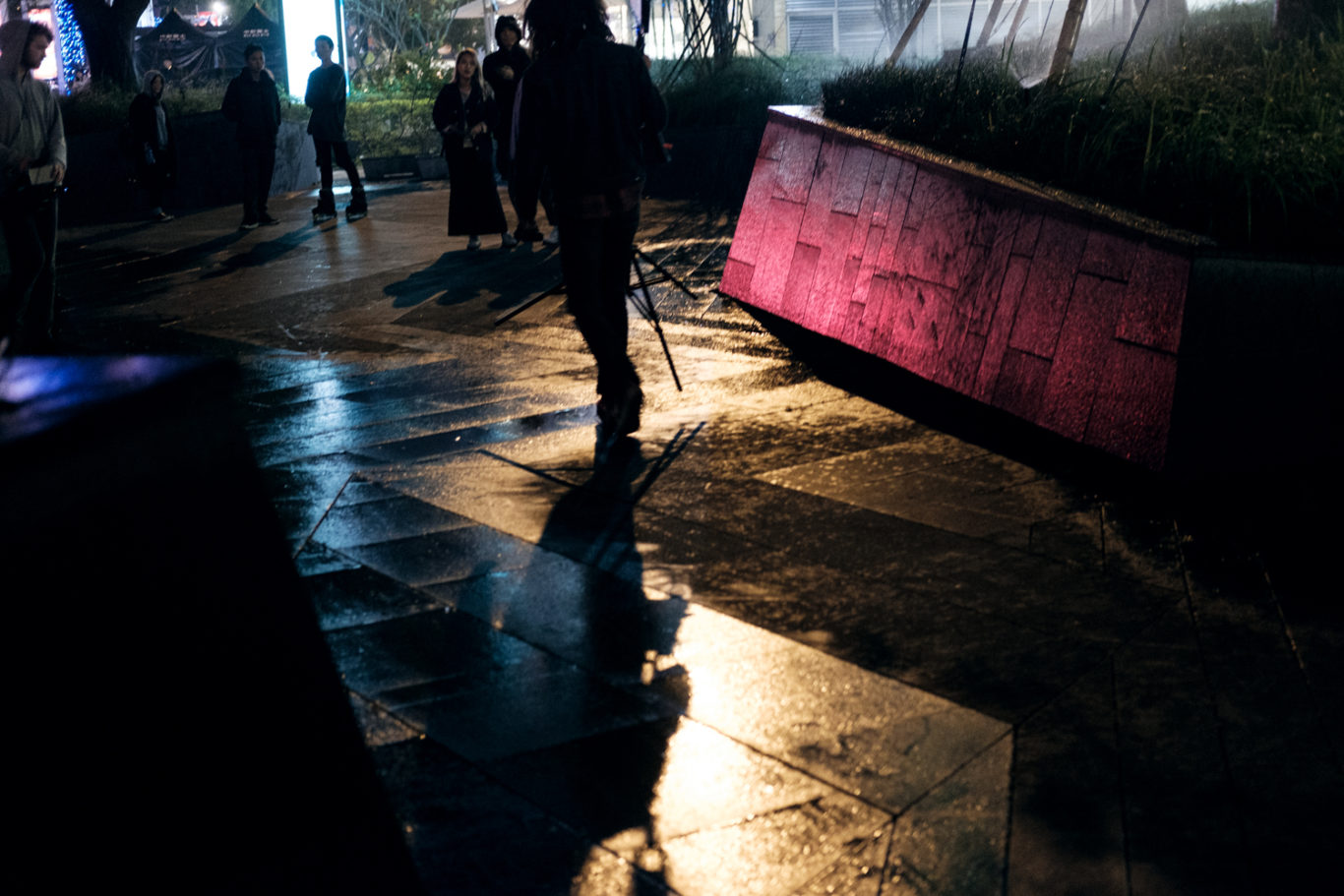 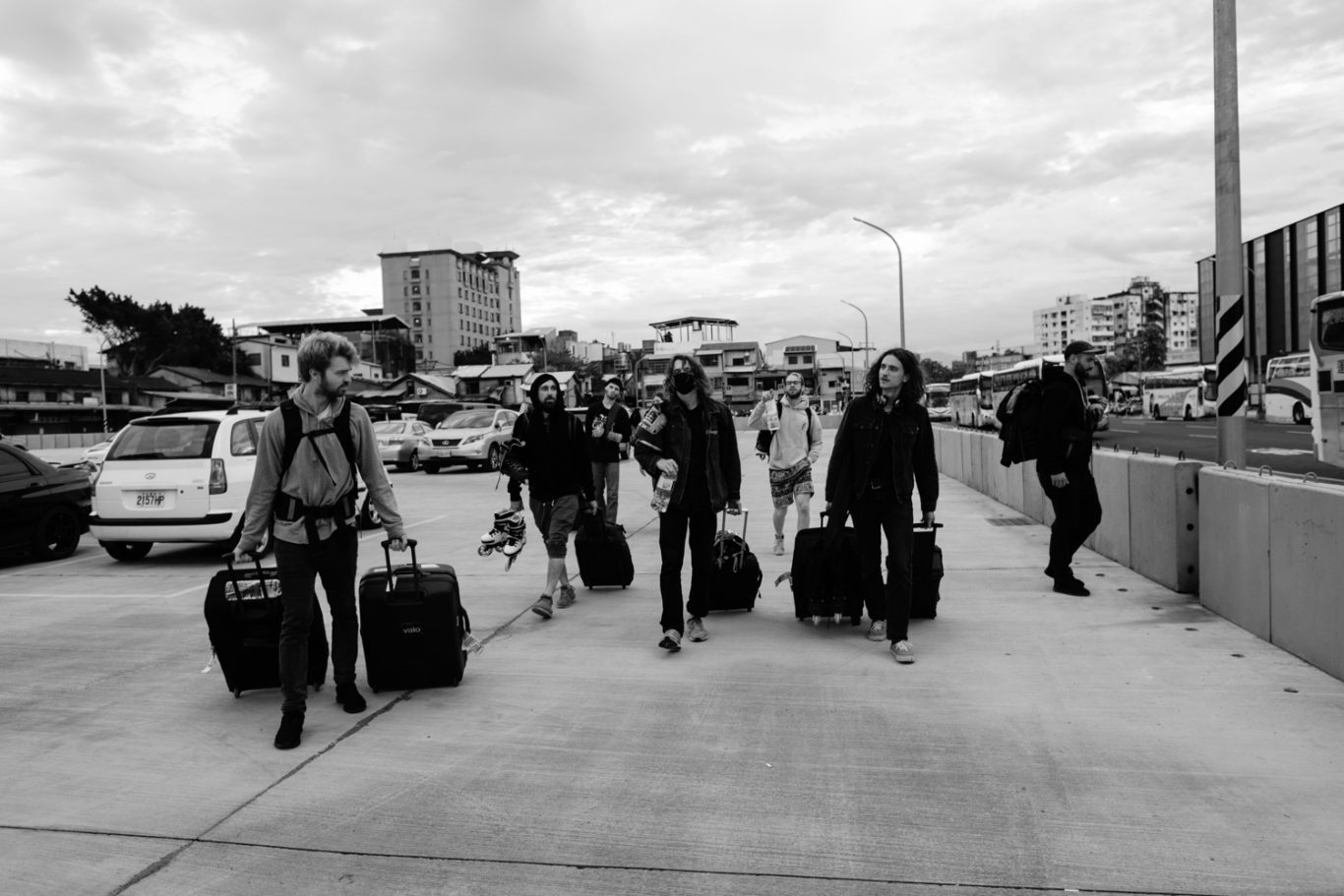 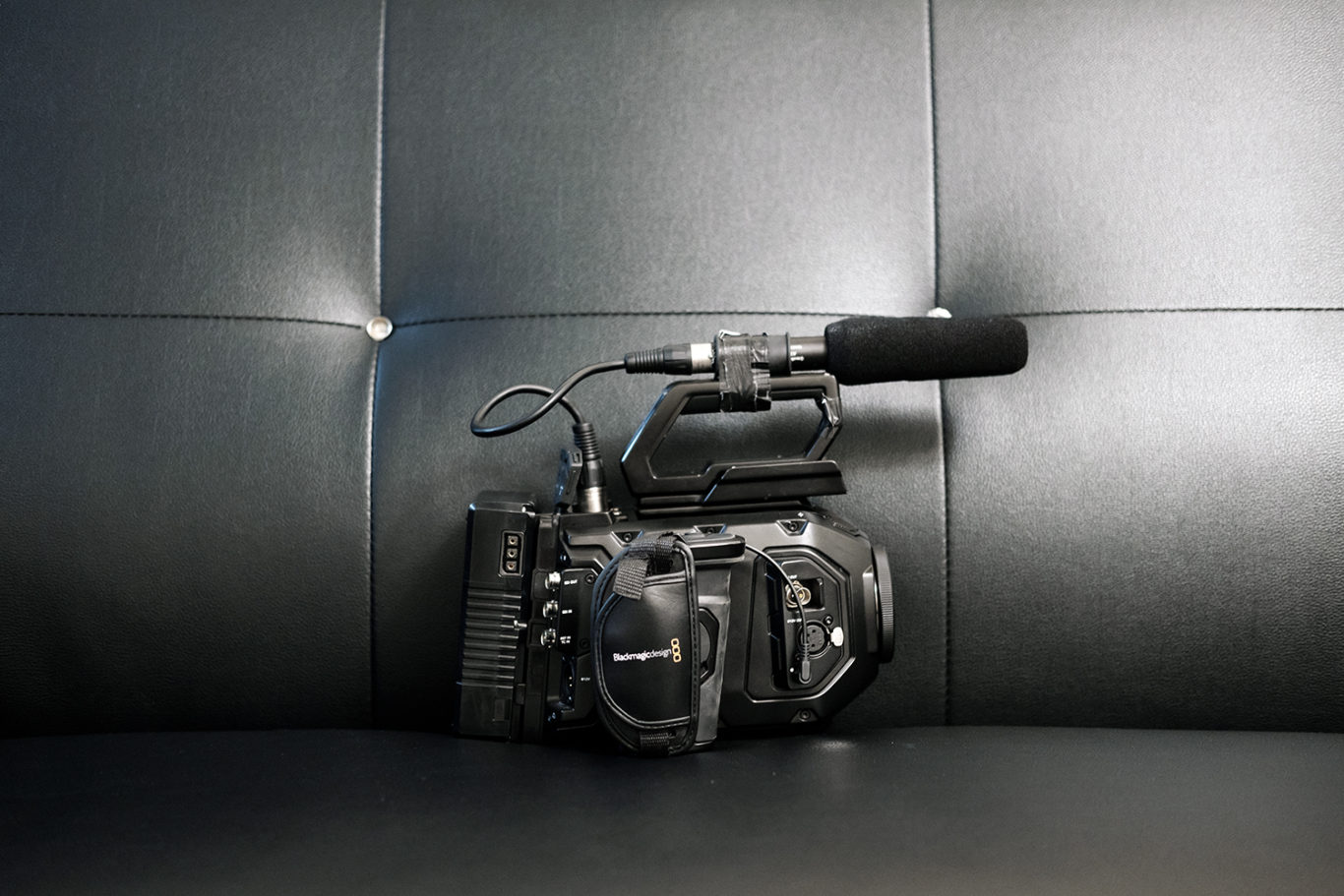 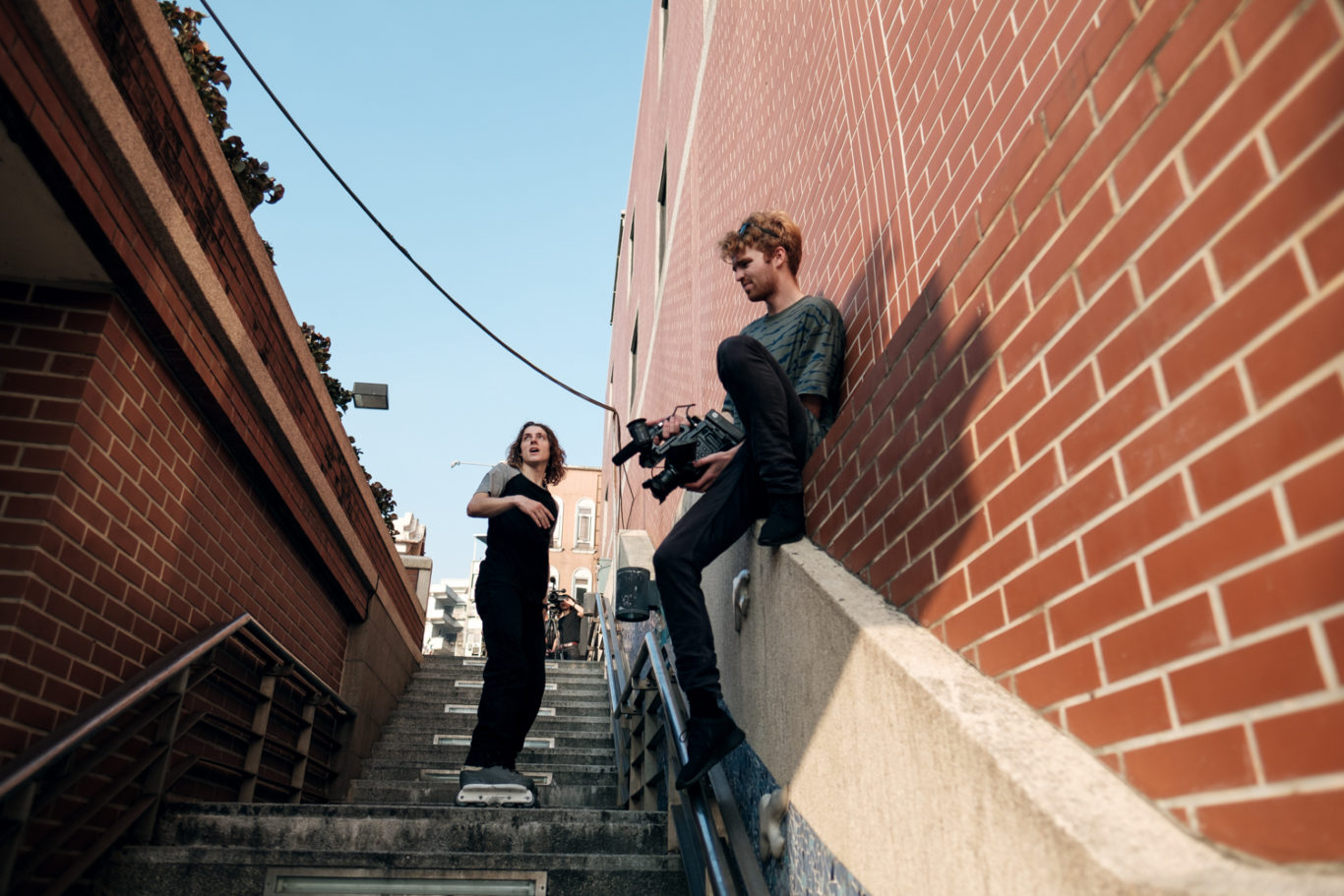 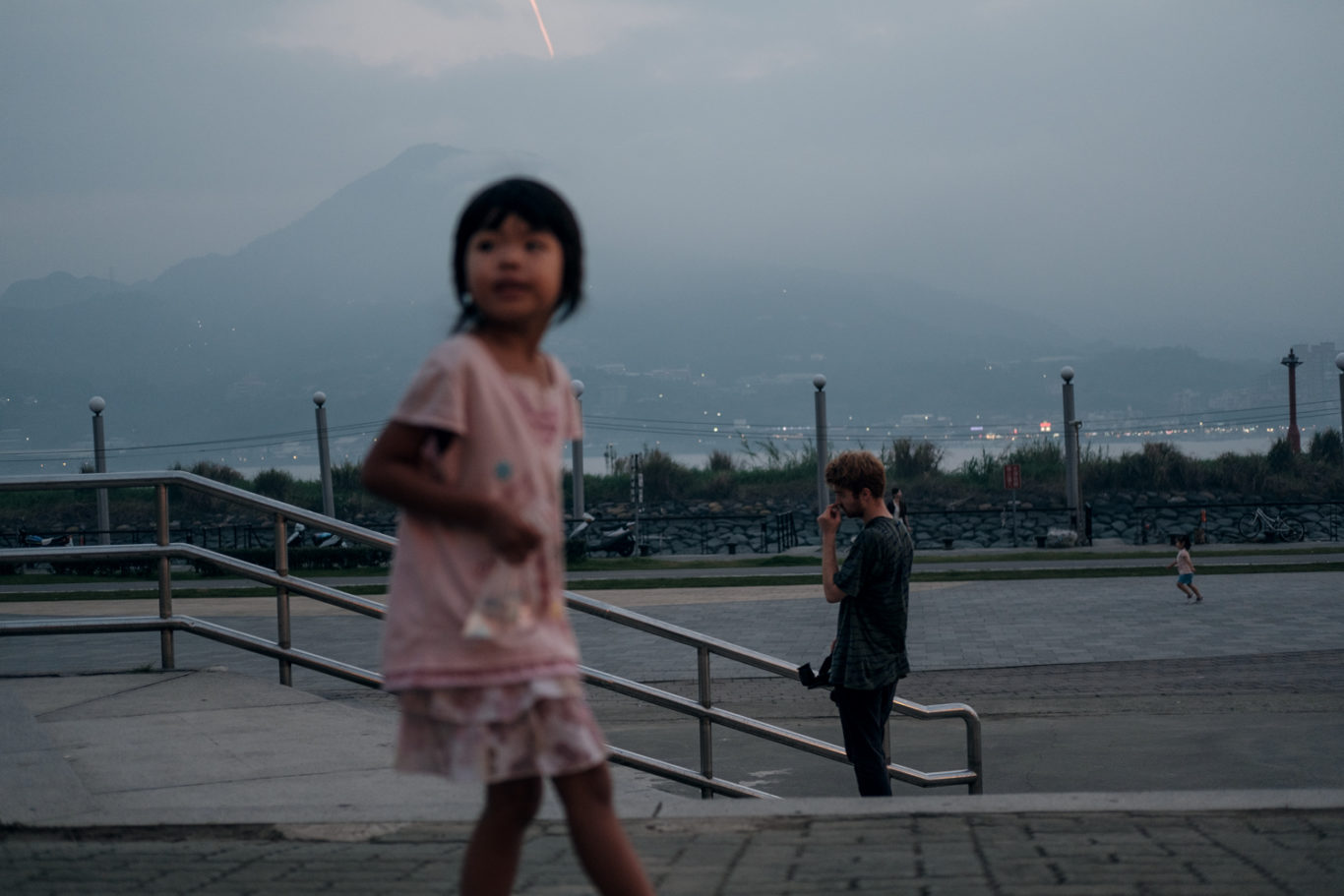 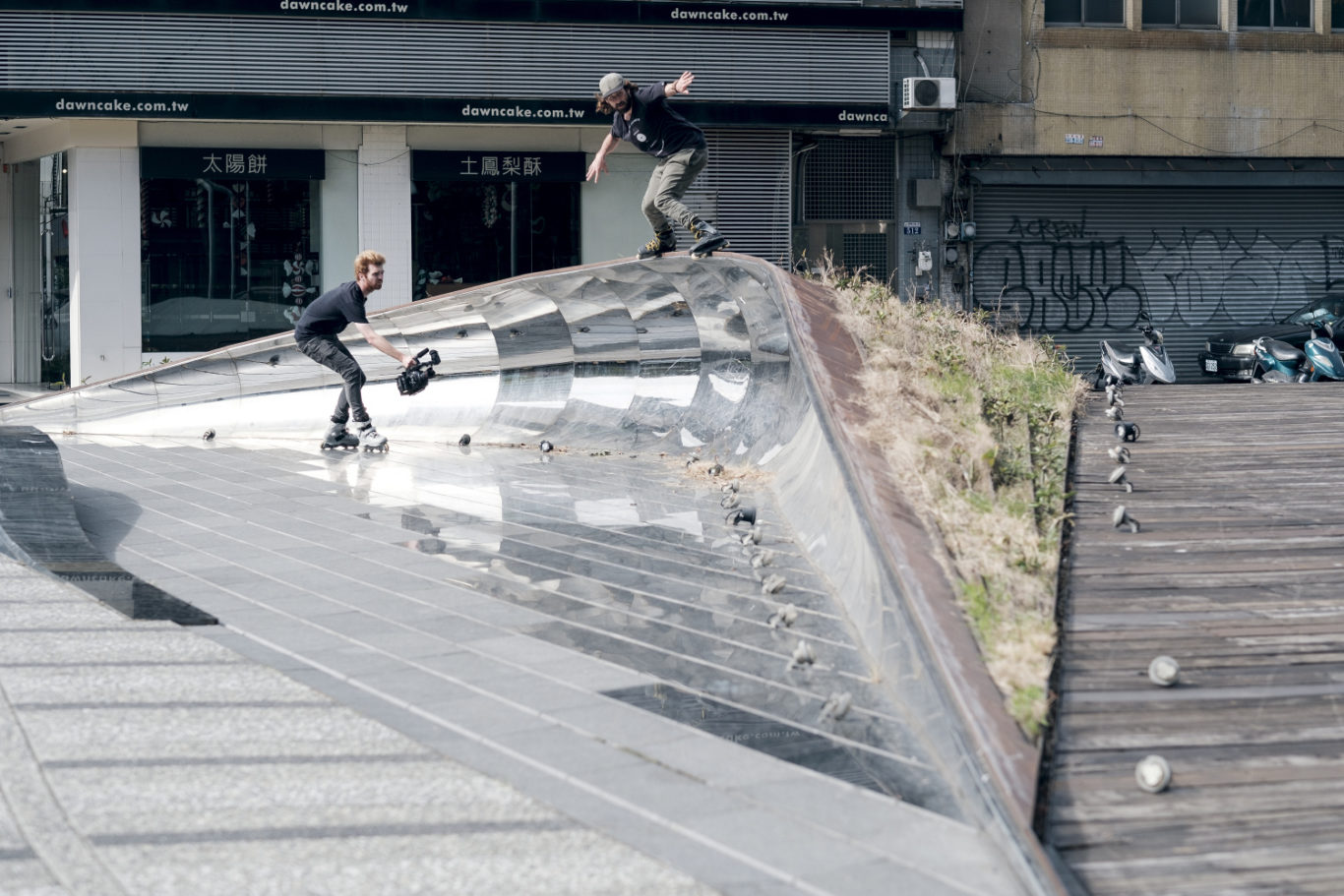 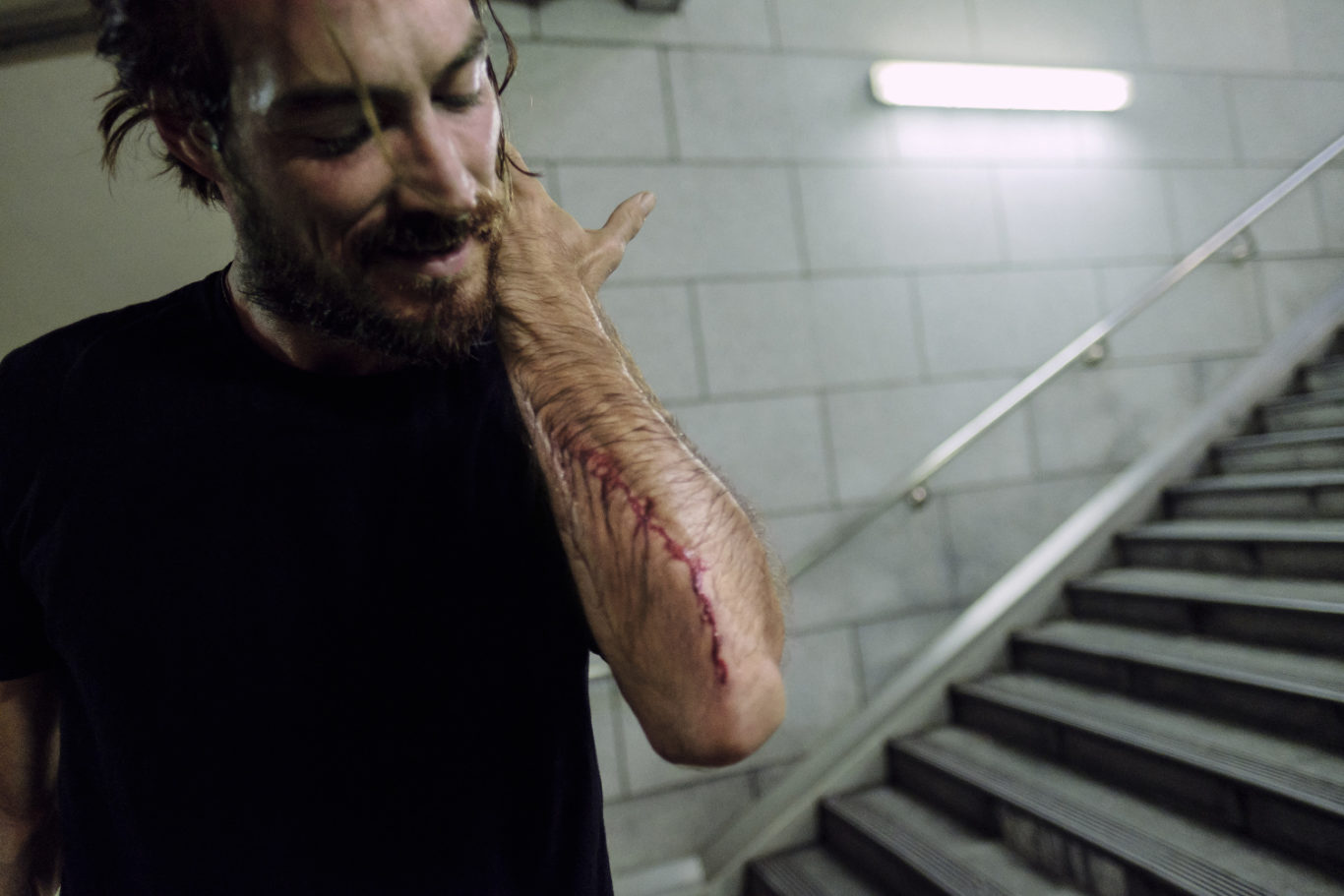 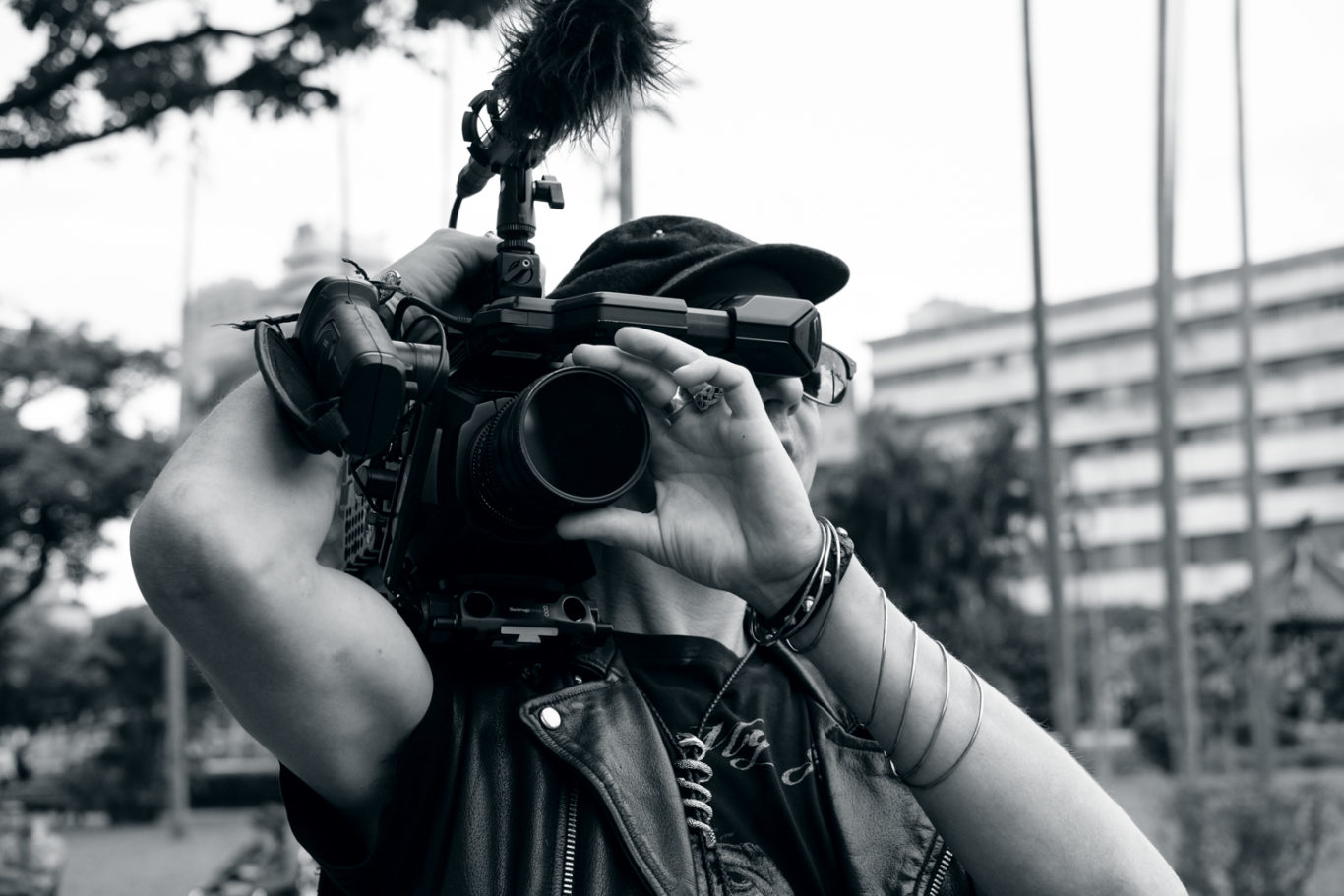 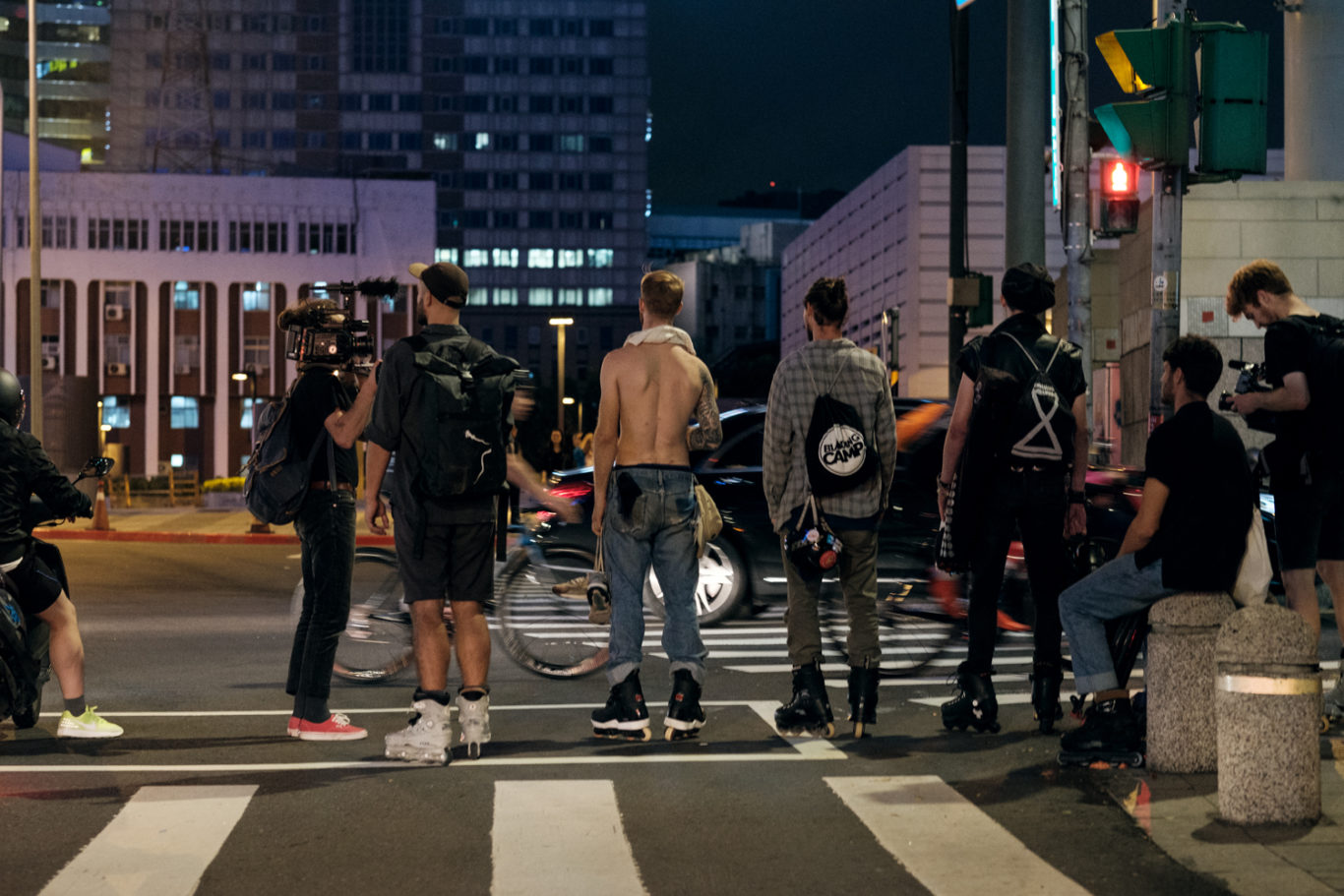 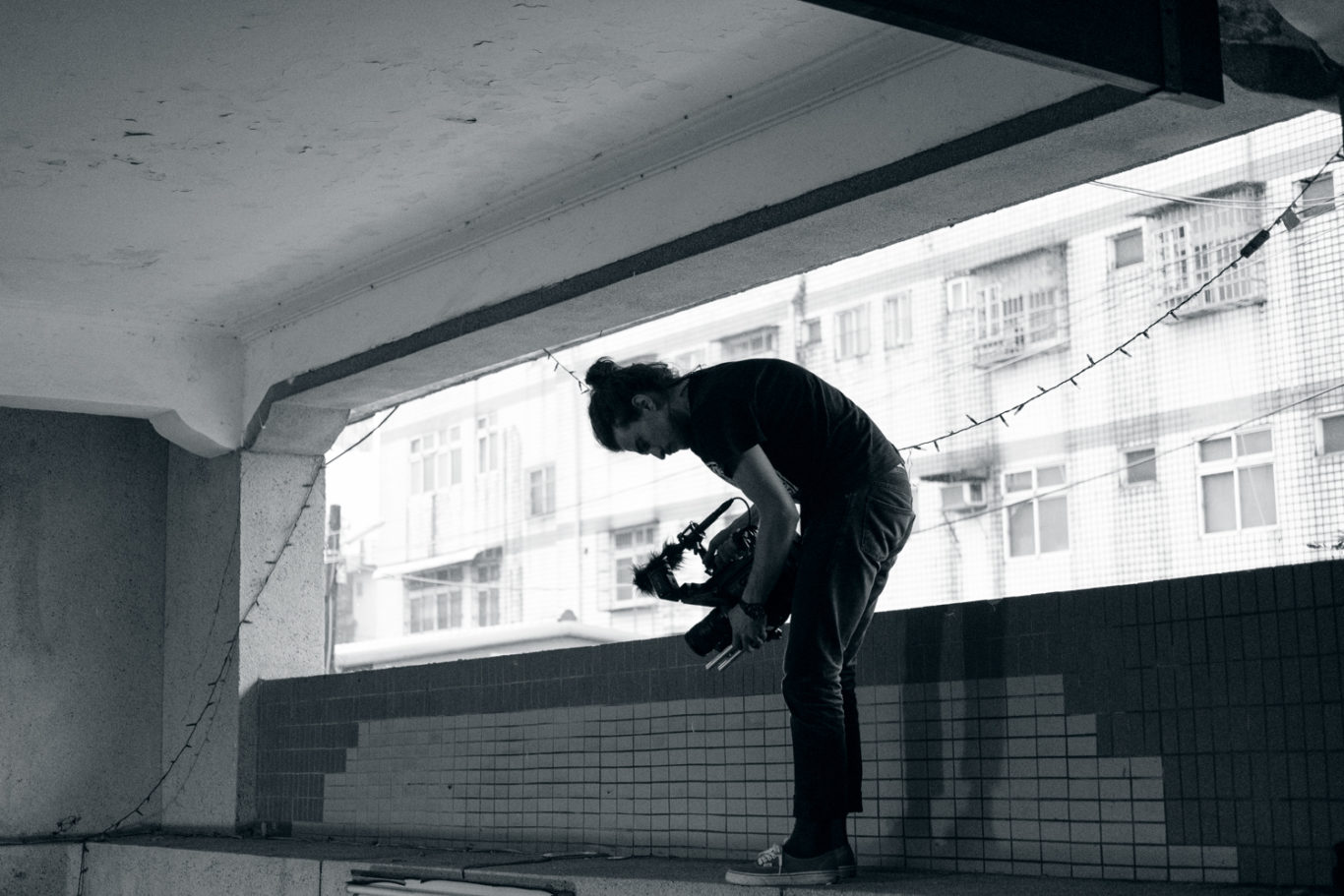 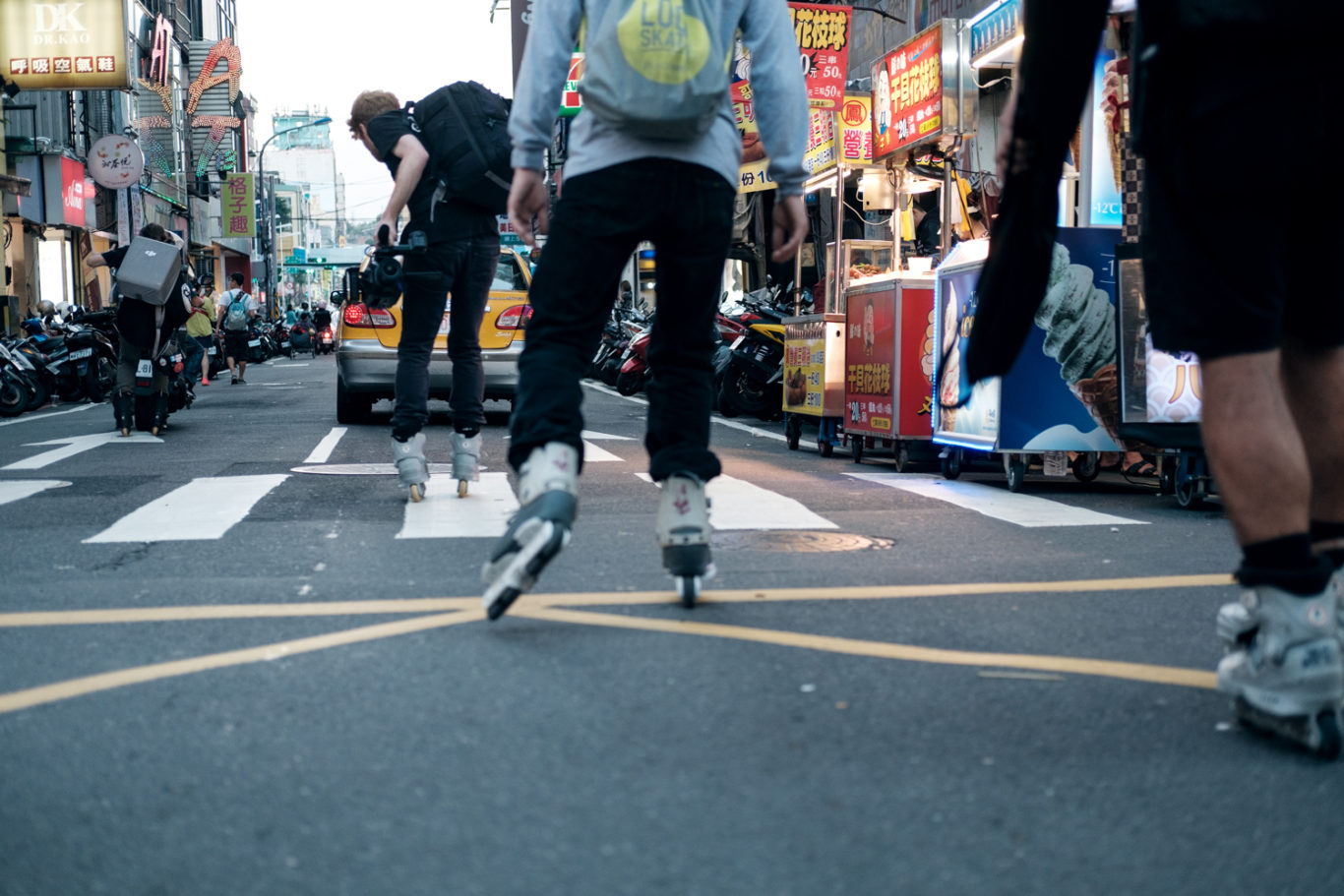 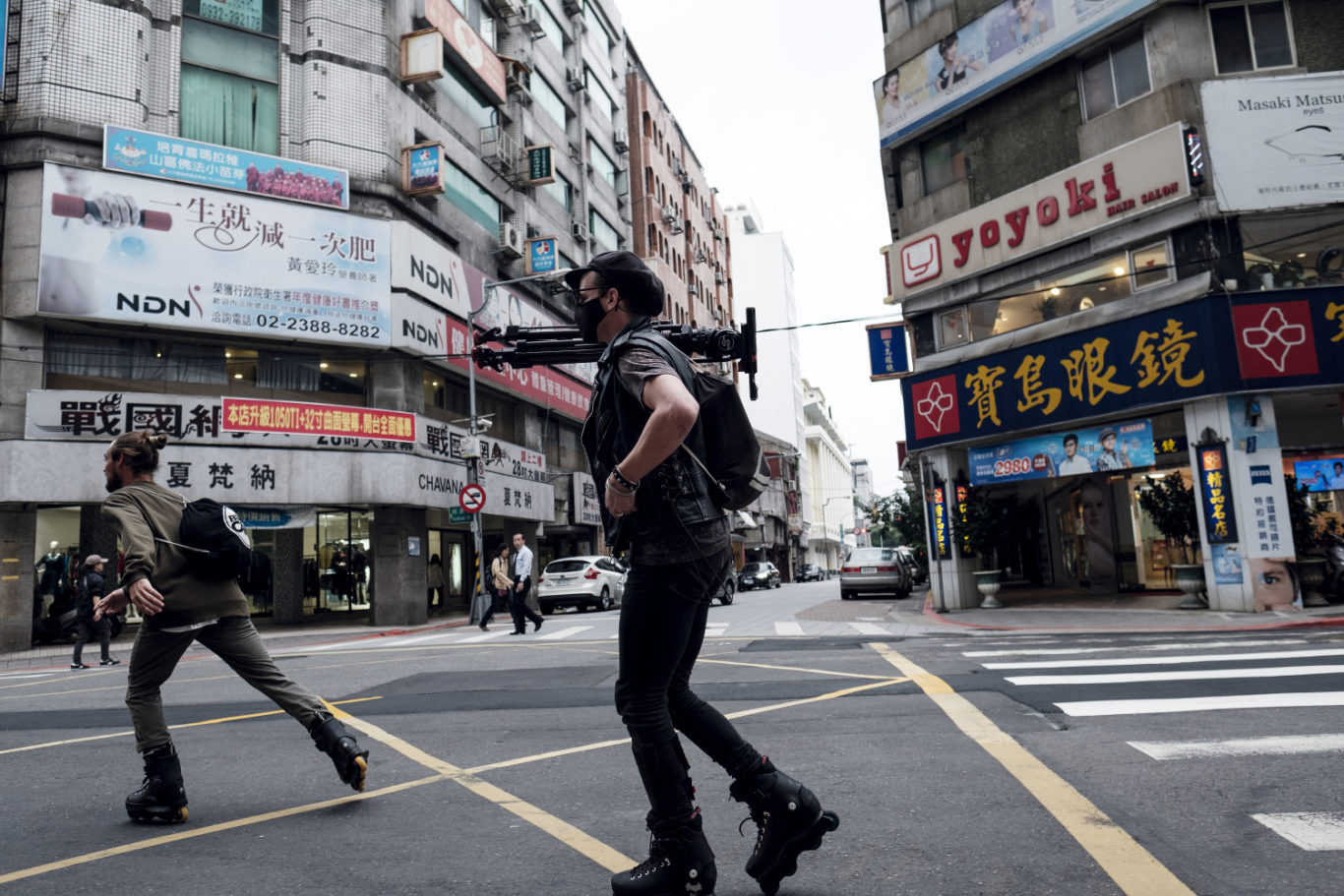 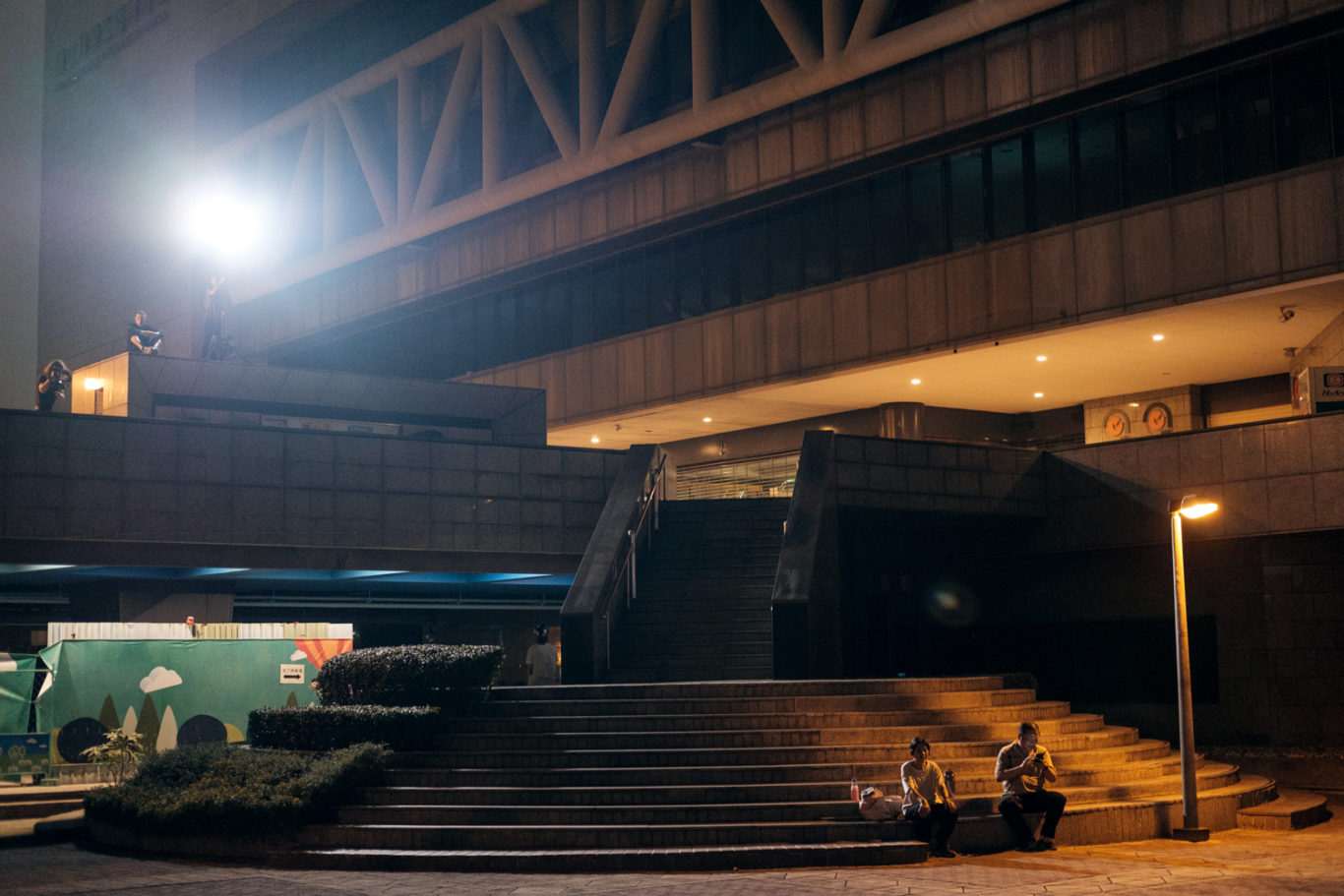 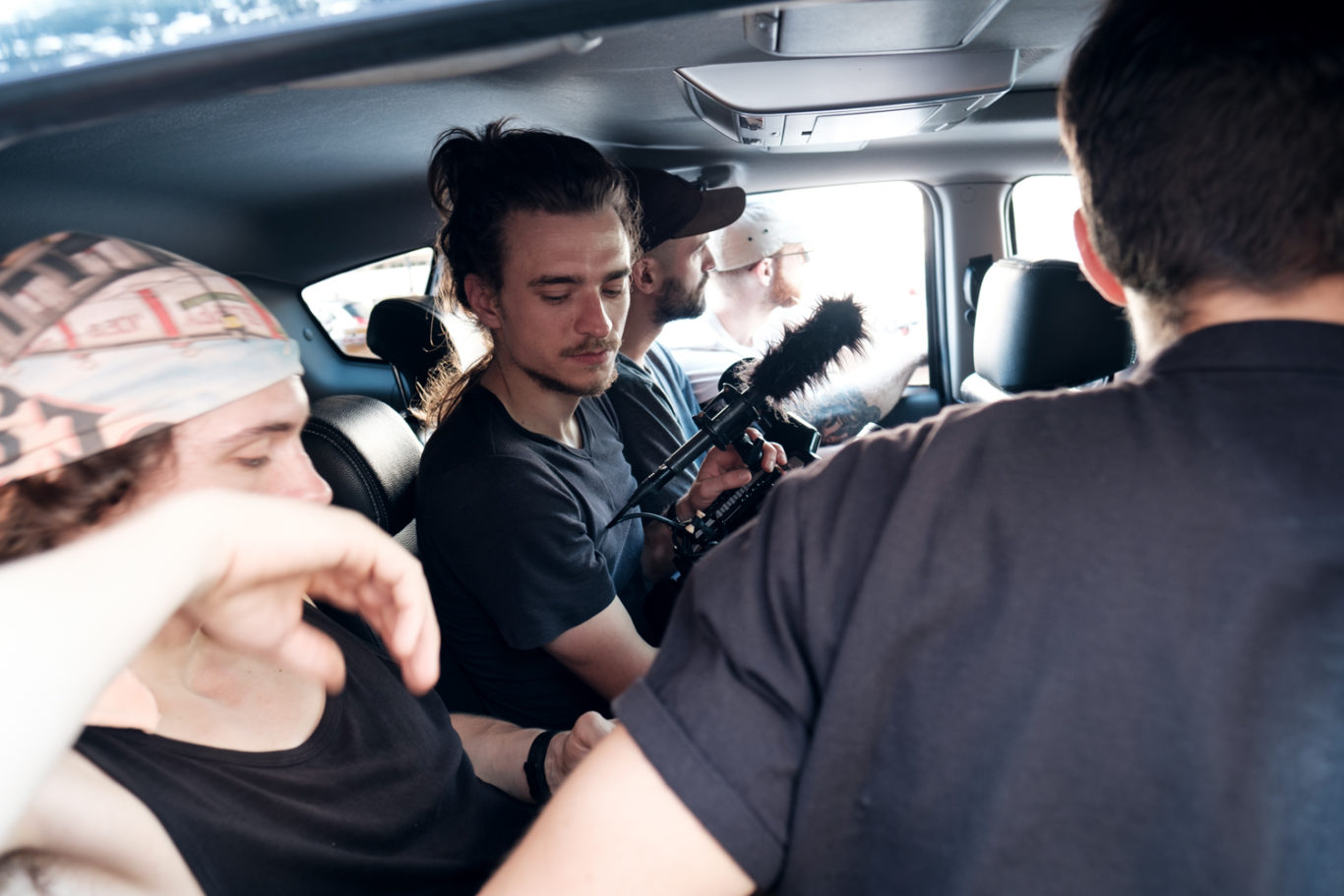 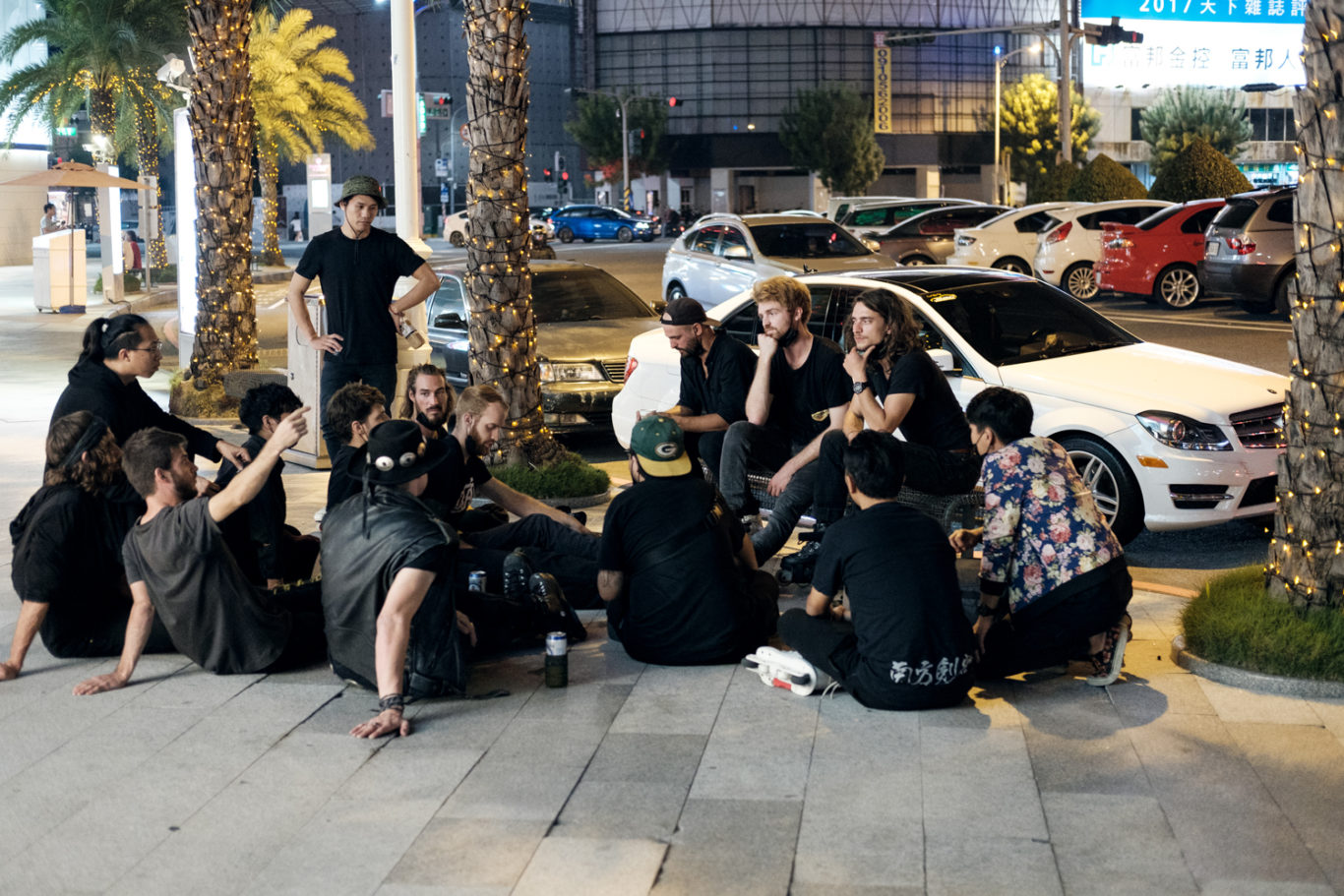 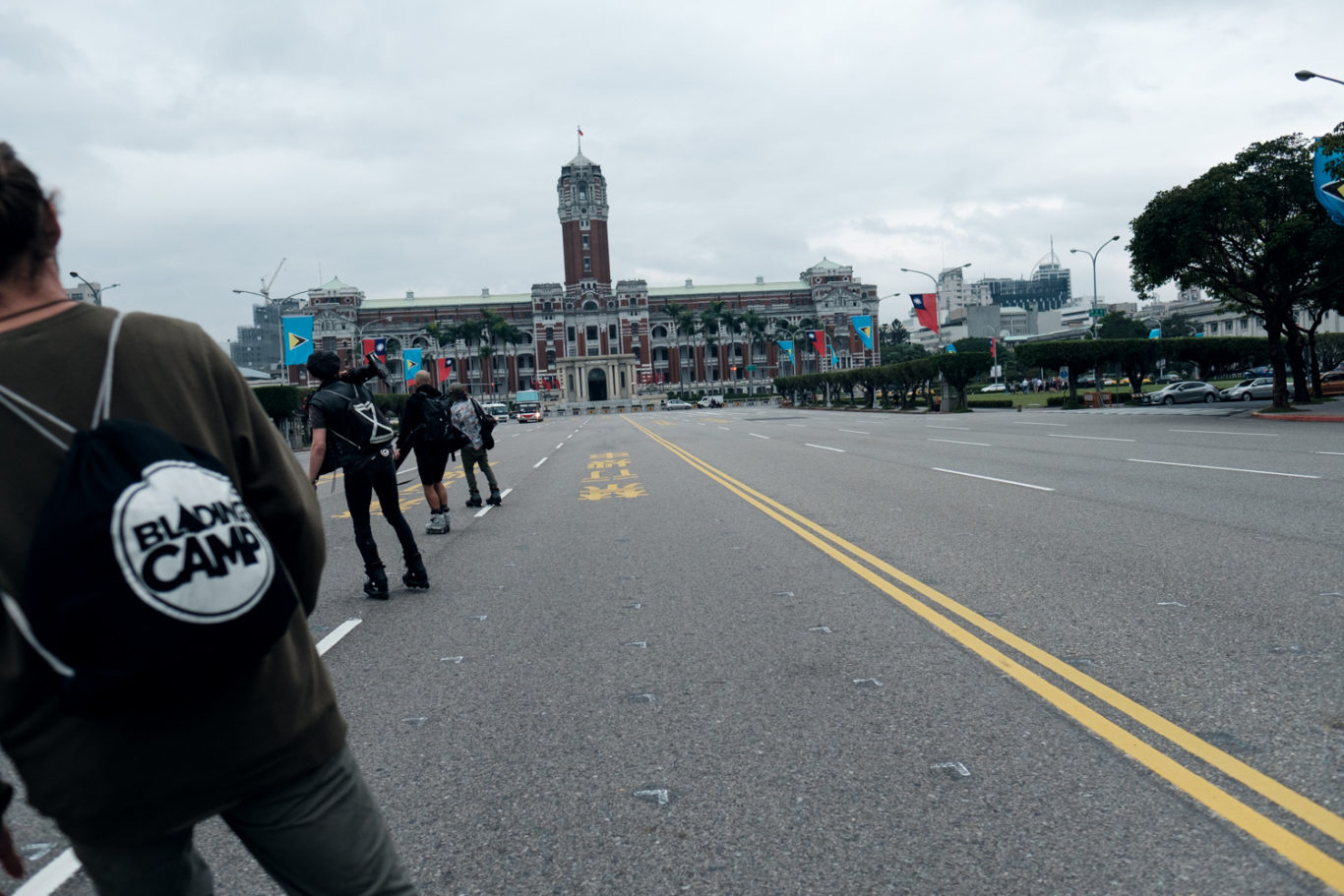 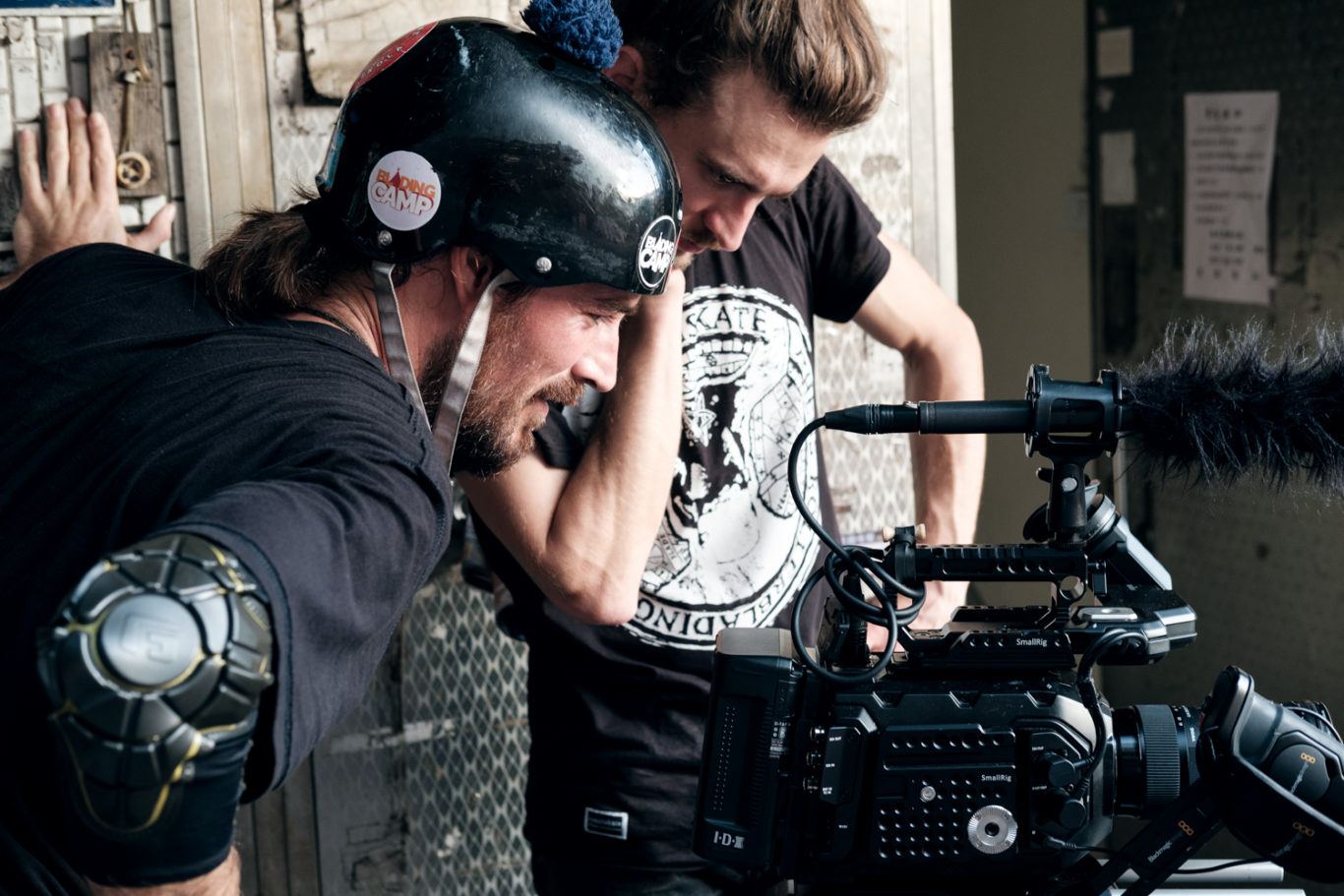