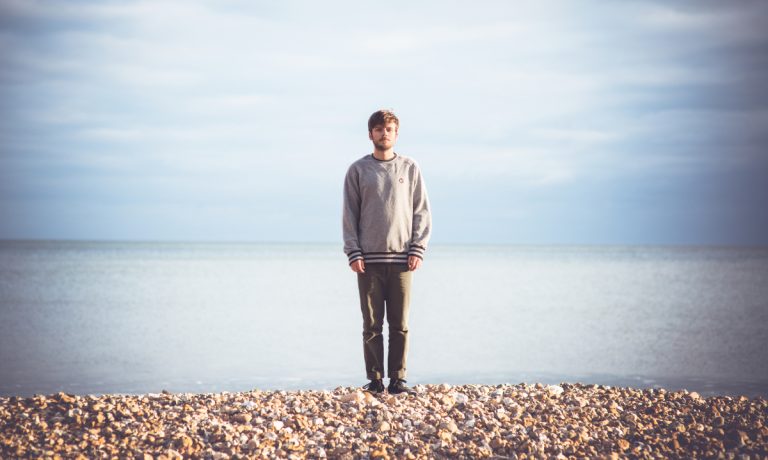 You would have to be living under a rock not to realize how sick the UK scene is right now. The media, the level of blading, the great pros and talented up-and-comers, the brands and clothing companies, the skate camps and contests (Laced is taking place tomorrow, by the way): if blading as a whole reflected what is going on in the Kingdom, we would actually be in a pretty good place.

Besides the activity itself, there is one more thing that truly set the UK apart from many other scenes: the many visions and diverse creative outlooks go beyond the tricks themselves, and push blading as a whole even further as a culture. Take a look at Jon Lee and Tom Sharman‘s respective Winterclash edits for instance, and this should become obvious enough.

It had been a while since we wanted to highlight Harry Abel’s simple, yet very intricate approach to blading, as for one he truly embodies this new movement. After a successful collaboration with photographer Sam Cooper on our recent Insight interview with Connaire Skerritt, we quickly felt the need to start working on another piece, and of course, Harry’s name immediately came to mind.

Today, we are proud to introduce you to the man himself, Harry Abel.

First ever pair of blades: Vert-X

Favorite food: Chocolate with that banana stuff in it.

Worst city: Not sure?

I asked another fellow blader from Weymouth the question before, but how would you say growing up in this small coastal town has influenced your skating?
My experience of growing up was all round pretty strange, which probably had just as much impact on my skating as the town I lived in did. At first I was the type of kid that would explore around the streets and find the best curbs to wax. In the end I pretty much lived at the local skate park on the sea front. I started going from about the age of 15 and ended up working there right up to when I went to university at 19. There was tight knit group of bladers there and I’m very lucky to have made a few good friends which I still skate with today. I owe a lot to Kit, Dave and Henri Johnson for all the work they put into that place and the opportunities they gave me.
I suppose now it’s fair to say I skate pretty much the same way I did before I got into park skating, I’m just more conscious of what I am doing now.

You obviously have a really elaborate approach to making blading look simple, if that makes sense. Besides geography, where did you draw inspiration from? What bladers have influenced your own skating and vision?
Thank you. I’m likely to draw influence from the environment at first. I look for things that you might not expect to be skated, or, for things that you might expect to be skated and try to use them in a different way. When I start skating a spot I put aside any sort of logic and let my intuition take the lead. Sometimes the spot forces your body to move in a particular way which ends up generating a number of trick ideas. Then I find you get the right trick for the spot for you. The DRC also play a big part in this role. I can guarantee you that at least one of the boys has added to the ideas I’ve had in some way or saw something in a spot that I didn’t see.  We all know each other’s skating very well and I could never take full credit for many of the tricks I have done.
Collectively, I think we have taken influence from Mushroom Blading and their How to be Unpopular Podcasts. We all tend to be driven by creativity and the whole process, from the skating to the filming and the editing, is collaborative, experimental and fun.
Aside from this I’m really glad that 18+ has happened. It’s up there with my favourite videos of all time. 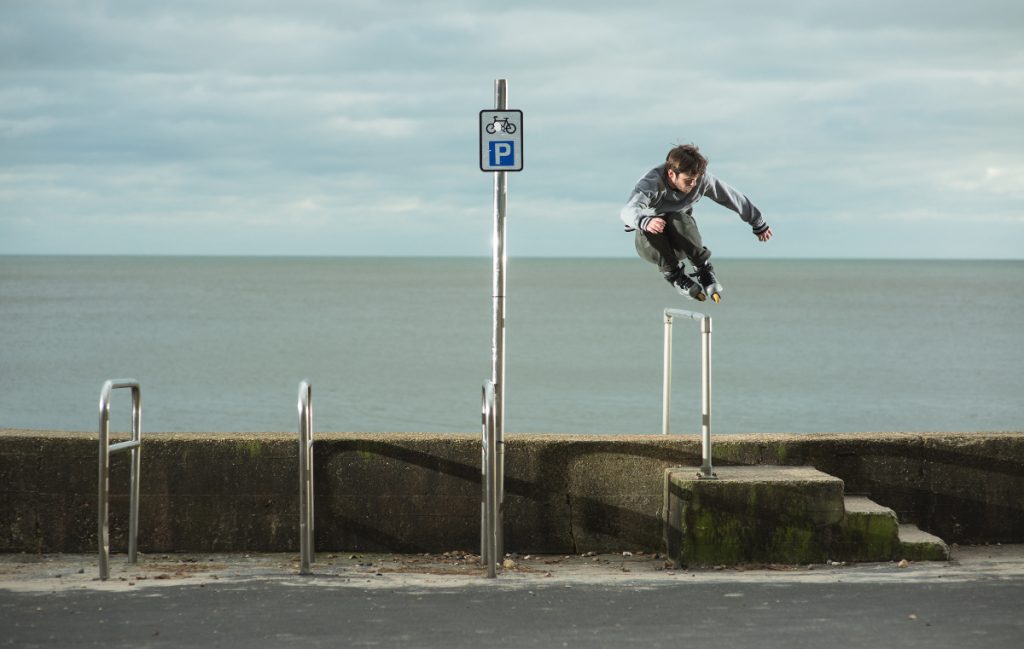 Along with DRC partner Scott Blackmore, you have been the most recent addition to the Dirt Box team. How did that come about, and how are things working out with them?
Last summer the DRC Vimeo account received a private message from dirt box. This resulted in 2 week whatsapp group chat and an article and edit of the DRC on the dirt box web site. After this Sam and Anthony took a seaside break to Bournemouth to skate, film and hang with us for a week. New friendships were formed and we kept in touch.
Later in the year Sam asked Scott and I if we wanted to be involved in a x-mas edit and we said, urrrm YES!!! Things changed slightly with the edit and Sam asked if we wanted to be part of the team for 2015. Luckily, we had both collected a lot of footage and an edit was released to announce it on x-mas day.
Both Sam and Anthony are hard working and driven dudes, I have a huge amount of respect for them both. dirt box is a valuable brand to rollerblading and I’m really grateful to be part of it. From what I can tell Sam gets everyone involved in decision making processes to get the best results for their products. This inclusiveness has given me a whole new appreciation for the hardware I use and the clothing I wear, as their considerations are so detailed.
I still don’t think I’m worthy of any of this though.

Through the many edits you have appeared in, you have displayed quite an impressive collection of Salomon skates. Which model would you say is your favorite?
Haha, that is a tricky question. I’m lucky to have small feet otherwise I wouldn’t win so many on eBay. I’d have to say the st80’s are my favourite pair though. I don’t think these have appeared in an edit yet. I have kited them out with silver st10 liners and silver Salomon stock frames on them. They look pretty silver but sick.

You just dropped another fresh edit a few days ago, is there anything new in the works for you, projects you are working on or trips you are planning?
Thank you! Nothing new in the works yet. I’m always filming though so who knows, it’s just part of what we do now I guess.
There is a new DRC thing coming though, soon.
I’d like to get out somewhere in the summer again. I’ve still not made it to Berlin so it would be great to finally do it.

Any last words of wisdom, thank you’s or shoutouts?
Thank you to yourself, Cooper and Be-Mag for this article, dirt box and the DRC for being the best dudes.

Watch Harry kill it on the blades: