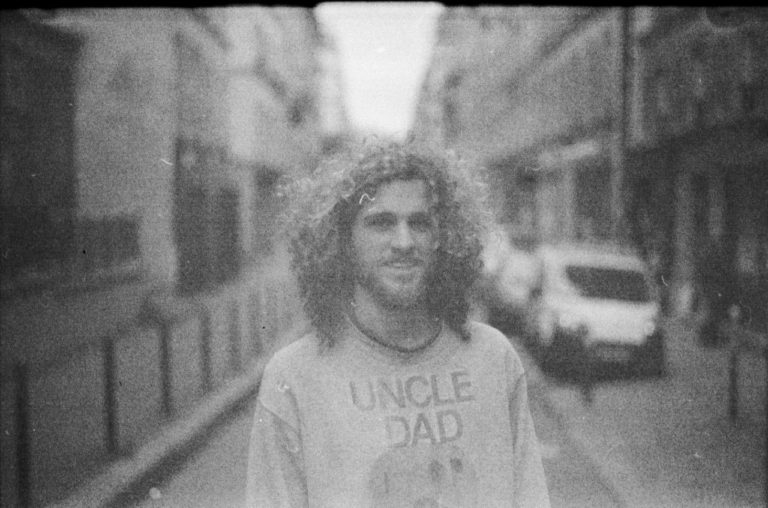 If you know anything about blading in San Francisco, then names likes Hubba’s Hideout, the Embarcadero & the Hyatt rail will most likely bring back huge chunks of the sport’s history to your mind. From the very early days, the scene in the Bay Area has always been one of the strongest, and the individuals that made it thrive, one of the tightest groups in blading.

The many pros that made it to the top of the blade game, the brands that emerged from the Bay Area, figures like AJ Jackson and the original Friday Night Skate, the influence of the Shock posse and JSF family, and historical events like the first ever IMYTA contest: along with the city’s liberal atmosphere, this all contributed to a fruitful environment for blading to develop and grow.

Nowadays, despite the people growing up or moving out of town, the rapid gentrification and increasing rent, thanks to new projects like Filthjuice and a handful of motivated individuals, the scene is still going strong. And if you know anything about blading in San Francisco, then you know it was high time John Vossoughi gets a piece of the recognition he deserves!

Born (City): Hayward (but was living in Fremont)

Setup: Valo AB coffees with white souls and white valo stock frames. Mindgame higgs on the inside and Shredweiser‘s on the outside. Random bearings, laces from an army surplus store, and some thin cotton/polyester socks.

First ever video you’ve watched: FR “Its all good” 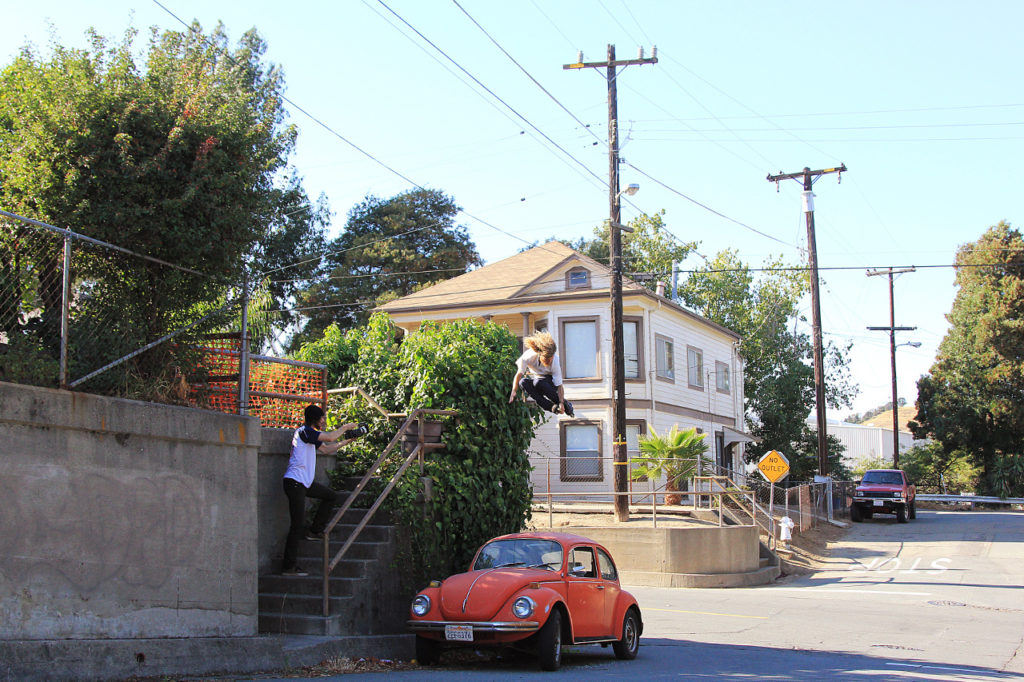 Favorite artist / band: Anything ever recorded by Deben Bhattacharya

Worst artist / band: Anything you might hear while sipping an orange Julius at the mall

Best job: When I was temporarily employed by the federal government to help with conducting the 2010 census. Lotta dollars for little work that mostly consisted of me exploring new parts of San Francisco.

Favorite terrain to blade: Offroading with a pair of coyotes

Worst injury: Smashing my face on the ground shattering my two front teeth about two years ago.

Best trip in 2014: Either camping along the yuba river or New Orleans

You grew up skating the streets of San Francisco, how would you say this has influenced your blading and vision of this whole thing?
To just have fun and skate the spots you have around. Enjoy the hills and the unique architecture you find.

You were part of the infamous Shock crew, and got a section in the video masterpiece that later came with it. How was this whole era for you, and did it really make you want to stab yourself in the face?
We all wanted to portray rollerblading in the broadest spectrum possible with the website and the video. To portray the actual rollerblading experience from the random people you end up skating with, the things you see when out on the street, and especially the strangeness and reality of it all. I really don’t think any of us realized what we had going. There were really some great interviews and insight into rollerblading that I haven’t really seen much of anywhere else. It was mainly Kevin Yee, Tommy Boy, and Thomas McGovern contributing most of the content. I was just always around hanging out. Not really sure how I managed to film a section. I’m glad you enjoyed it.

What would you say was the funniest story/craziest thing that happened during that era, and was it ever recorded on camera?
The stories are endless really. I think it would be best if I didn’t put any of them into writing, you’ll have to ask me about them when you see me. I did end up in jail the night we premiered the video and that really is the least of what happened during that whole era. Those were different times. Really fun times. Everything that happened to be recorded was featured in the video and I think I filmed most of them from the guy getting his head stomped in to all the trannies, nude woman, and dong featured. San Francisco is a strange place. 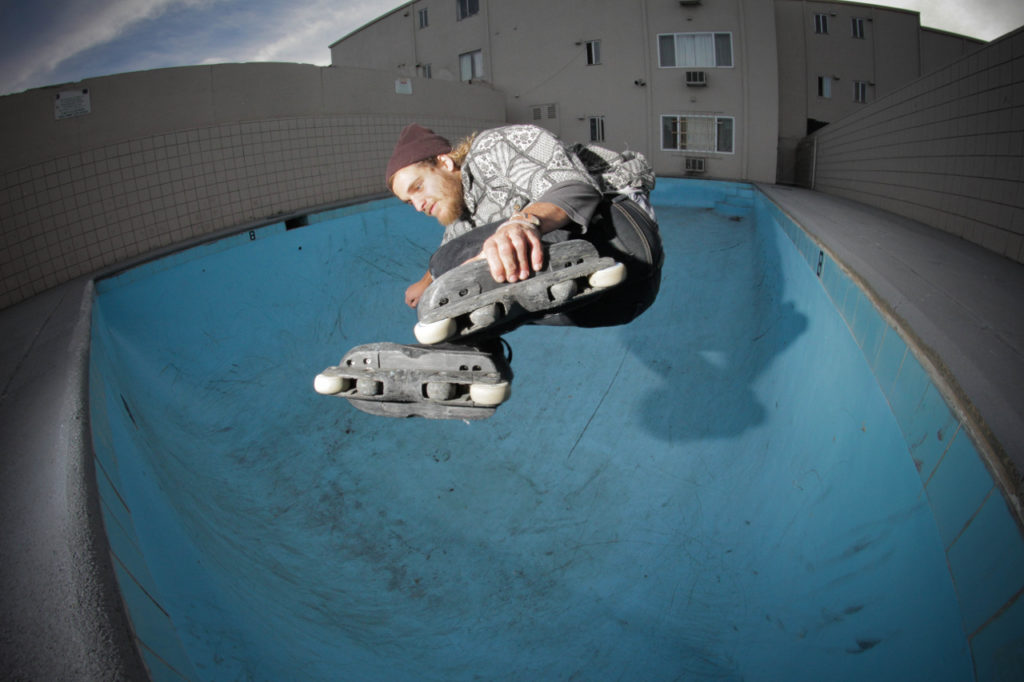 Ahah it sure sounds like it, and that’s how the video felt too! Now things have changed a little, and people come in and out of the Bay Area: how is skating in SF these days, and how’s the scene out there?
The people involved in SF have completely changed since I moved here in 2008. Basically everyone left or moved onto other things in their lives. Right now there isn’t that much going on in SF. The city is changing a lot too because of how much more expensive it’s becoming every day to live here. Most of the cool things about this place are slowly fading. Danny Malm lives down the street from me and is always trying to skate and work on things. I think he just got a camera from Yee so there should be some new stuff flowing out of SF soon other than the video me and Jeremy have been working on. The Bay Area in general has a good thing going though from all the dudes in Sacramento, Rollerwarehouse, everyone in Oakland and Berkeley, JSF/Filthjuice, all the Amall guys and everyone else. We’re all good friends and try to skate and kick it as much as possible.

What the hell are you doing in Thailand as we speak, and do you ever plan on coming back to our westernized world?
Vacation. I woke up one morning and thought I should look at the price of tickets to Bangkok and they were cheap so I hit up Worapoj and another friend of mine out here, Kem, to see if it was a good time to come kick it and they both said yes. Three weeks later I flew out. We’ve been traveling all around Thailand and Laos for the past seven weeks checking out some amazing places and skating the whole time. We’ve managed to capture a lot of footage that will be made into something in the near future. As much as I would like to stay I am flying back to San Francisco in a few days. Hopefully won’t be there for too long though.

Any new projects you are working on, trips you are planning, or anything exciting you would like to tell us about?
Like I said, me and Note have managed to film quite a bit out here so I’m going to put that all together into a video we’re calling ‘Yadong’ which should be done not too long after I am back in the states. Me and Jeremy Raff have been working on a video for almost two years now featuring many fine citizens of the bay area and beyond. It’s going to feature full sections of myself, Jeremy Raff, Neil Chen, Brendan Tidd, and Czar Suravash Vairojanakich plus a few quality montages and a full section from when me and a bunch of homies stayed two weeks in New Orleans with my friend Thomas McGovern. We’ve all been in different places the past few months with work and traveling so hopefully we’ll be able to come together soon and figure out some sort of release in the next few months. I’m also going to have a small photo profile on Filthjuice with photos Erick Garcia has shot of me. There’s definitely a lot of ideas for traveling, skating, and various projects in the near future but nothing concrete yet.

Any last words of wisdom, thank you’s or shoutouts?
Follow your hog. 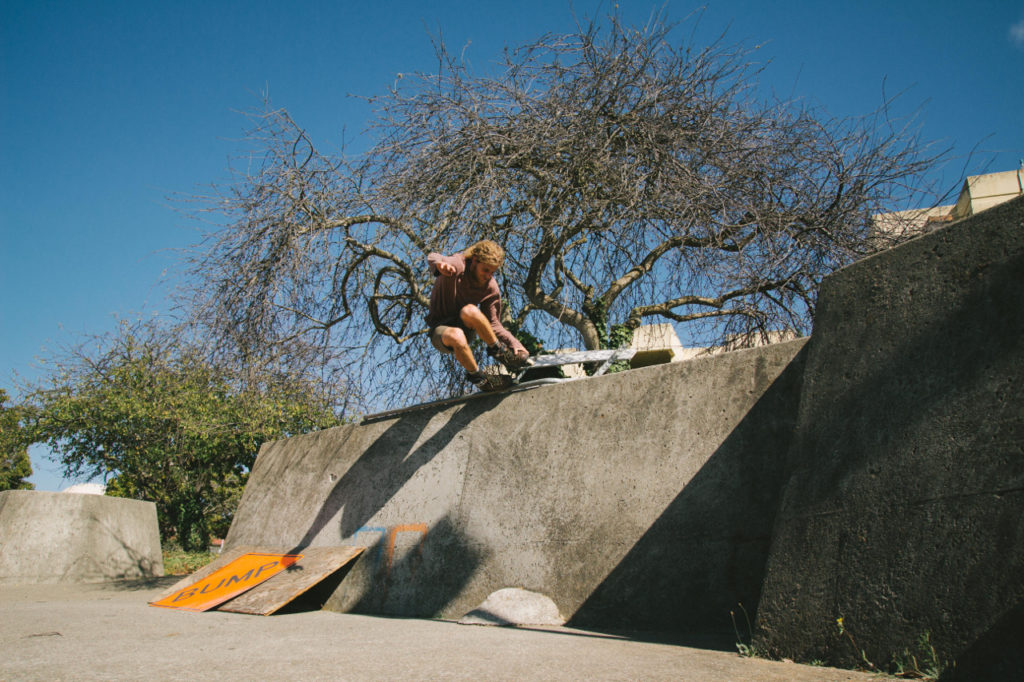 or one of the following affiliate partners:
Amazon – everything you need
B&H – cameras and more
eBay – Electronics, Cars, Fashion, Collectibles, Coupons and more
Follow your hog.