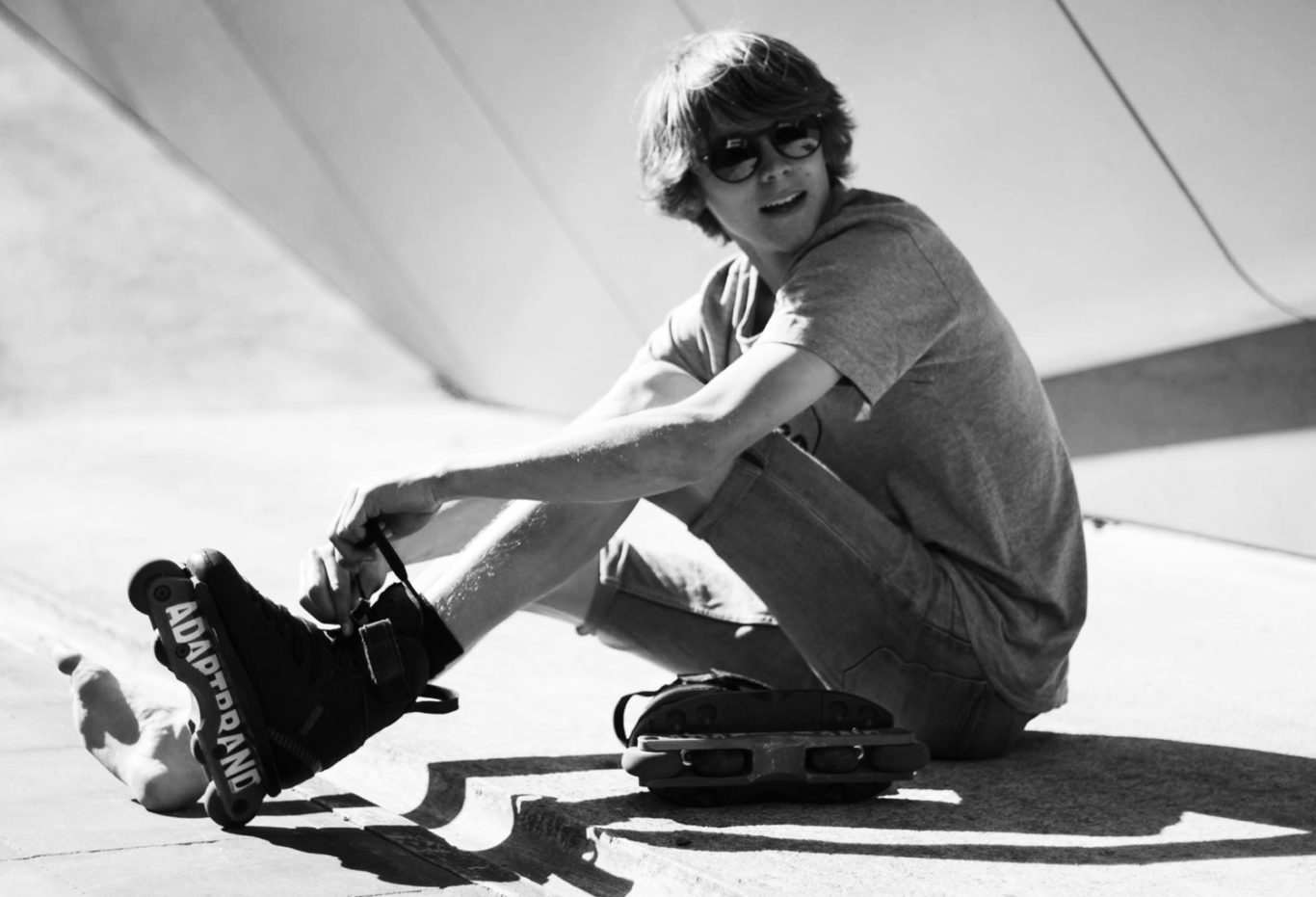 Levi van Rijn is the one of the most promising Dutch young guns right now. He recently got on Adapt and since he is only 16 years old today, we are looking forward to follow him in the next years! Time for a little introduction.

Worst job: Giving skate demos is the only job I ever had

Worst injury: I’ve never really had a bad injury, only a few small stitches, but nothing serious.

Next trip: The Summerclash in Berlin and touring with Adapt in the summer!

Next video part you’re filming for: A Thisissoul edit

What made you switch from Razors to Adapt?
I really missed the personal contact with the team and other team riders. During my time at Razors I hardly had any contact with them. Pieter and Olga of Adapt are living nearby and I can cycle to their place, so I’m in touch with them almost daily.

Can you tell something about your upcoming tour, what can we expect?
I’ll be going on tour with Olga and Pieter, the owners of Adapt, Rik van Huik who is a fellow team rider for both Adapt and Thisissoul, and Thijs Tel who has been making my edits for the last couple of years. We’ll be touring through Germany, France and visit Barcelona as well. It’s going to be sick!

What do you think about the recent pay-to-watch edits, good or bad?
I think it’s a good concept, but people should be careful with it. Some people have been releasing VOD content that’s just not worth the money. As long as the quality is high, I won’t hesitate to pay for an edit.

What would you be doing if you did not skate?
Hard question, but I probably would be doing one of the other action sports!

Got any words for other young skaters reading this interview?
Keep skating and have fun!