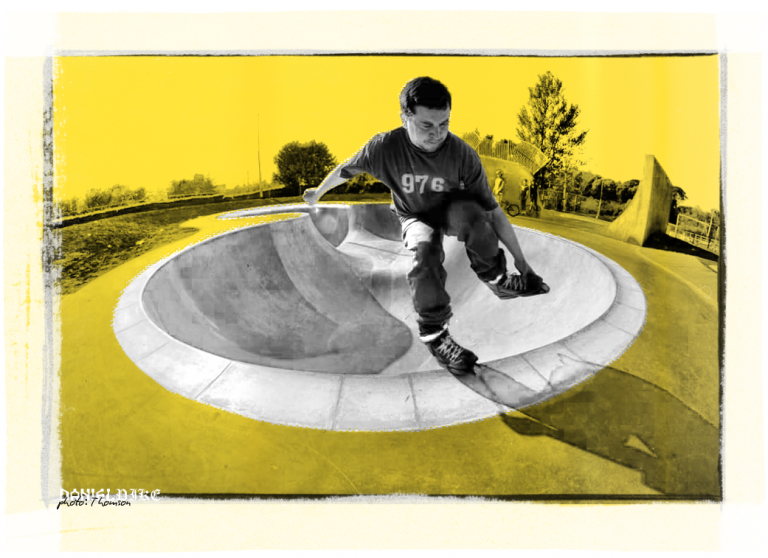 You mentioned the Pure Fun Blade Party is the longest running competition in blading history, correct? When did it first start, who started it and why?

I think so, from my digging I can’t find anything else that’s been kept up since 1995. The event was started by Kenny Omond who was the driving force behind getting the Livingston skatepark built in the the late 70s. The ‘Pure Fun Skate Party’ (the skateboard event) started in the early 80s as an offshoot of a citywide celebration by the local council. Fast-forward to the early 90s, the blade boom hits Livi pretty hard and in 95 Kenny organised the likely untitled “BBQ and music thing for the bladers the weekend after The Skate Party”, the success of which led to the first proper “Pure Fun Rollerblade Party” the following Summer. 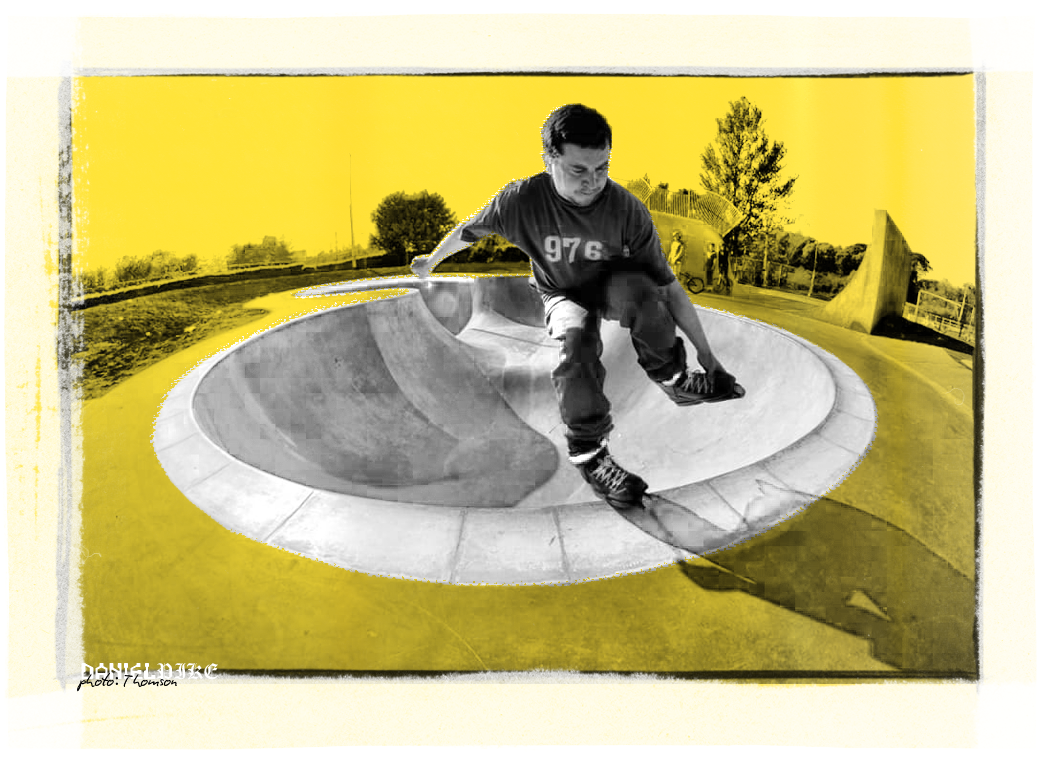 That’s pretty bad ass. So bring me up to date, who’s currently involved, when’s it happening and where?

This years event is on Saturday 22nd June and it’s in Livingston, which is a ‘new town’ between Edinburgh and Glasgow in Scotland. We’ve pretty much got the same crew behind the scenes as the early days, Kenny still comes by and helps out with stuff but over the years a few different locals have taken the lead. It’s always a group effort but I was behind a lot of things until I left Livi to go to University in Dundee, between then and now it’s wouldn’t have kept happening without Daniel Pike, Fintan Murphy, James Wilson and too many others to list. 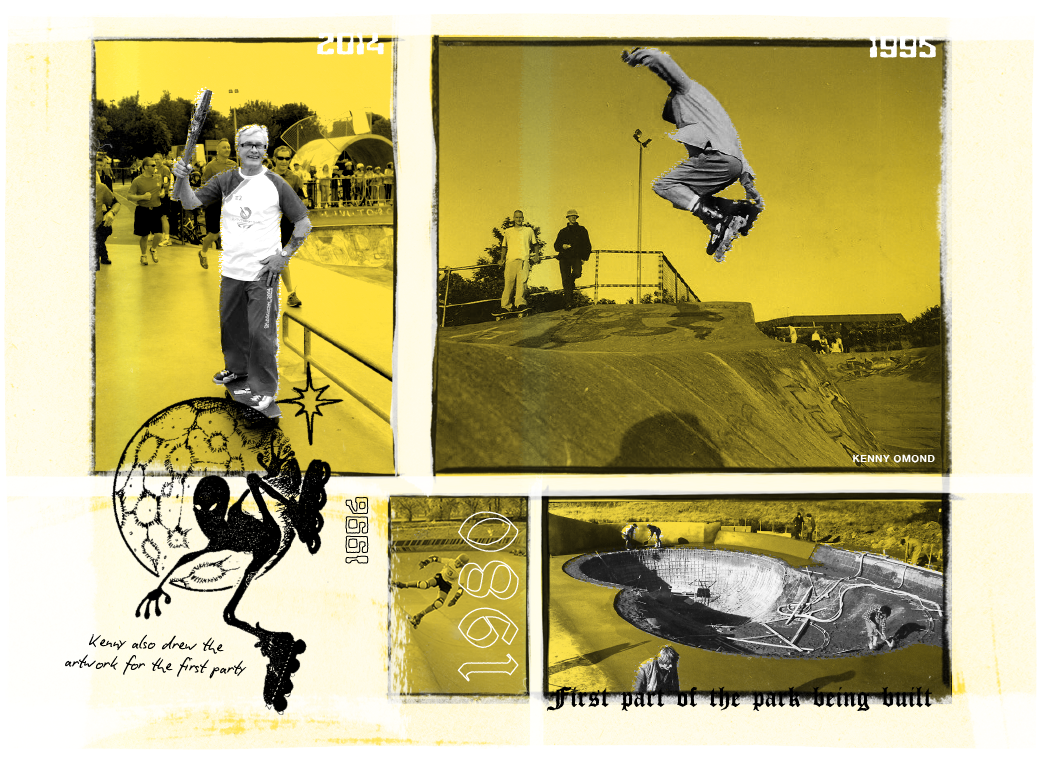 As they say, it takes a village! What’s the proper title of the event? YouTube’s full of variations.

This year… Pure Fun Blade Party. Locally the event’s always been “The Skate Party” and outside often just “Livi”. Last year we took it back to “Pure Fun Rollerblade Party” which was what Kenny put on the ’96 flyer. Searching Youtube for “Livi Skate” is usually enough but the title’s gone through the same growing pains as our activity as a whole. With the boarders party the following week I wanted to make it clear to people traveling which event they were looking at. It didn’t matter so much in the old days because it’s not like Be-Mag was gonna print the boarders party details, but now we’re all in the same facebook stream.

So, let’s discuss the format of the competition; are there different types of events, like a beginner and a pro comp?

The comps have always been a part of the event but the emphasis is definitely more on havin fun than competing. Way back they were a bit more extensive with multiple categories (the highlight of my career was being part of the team that won the Junior Triples in 199something ). Last year the plan was just to have one open category but we had so many kids show up we added a Junior category on the day. This year we’ve got the usual best trick, best skater, etc but we’ve also got a few daft comps lined up where anyone could get involved. 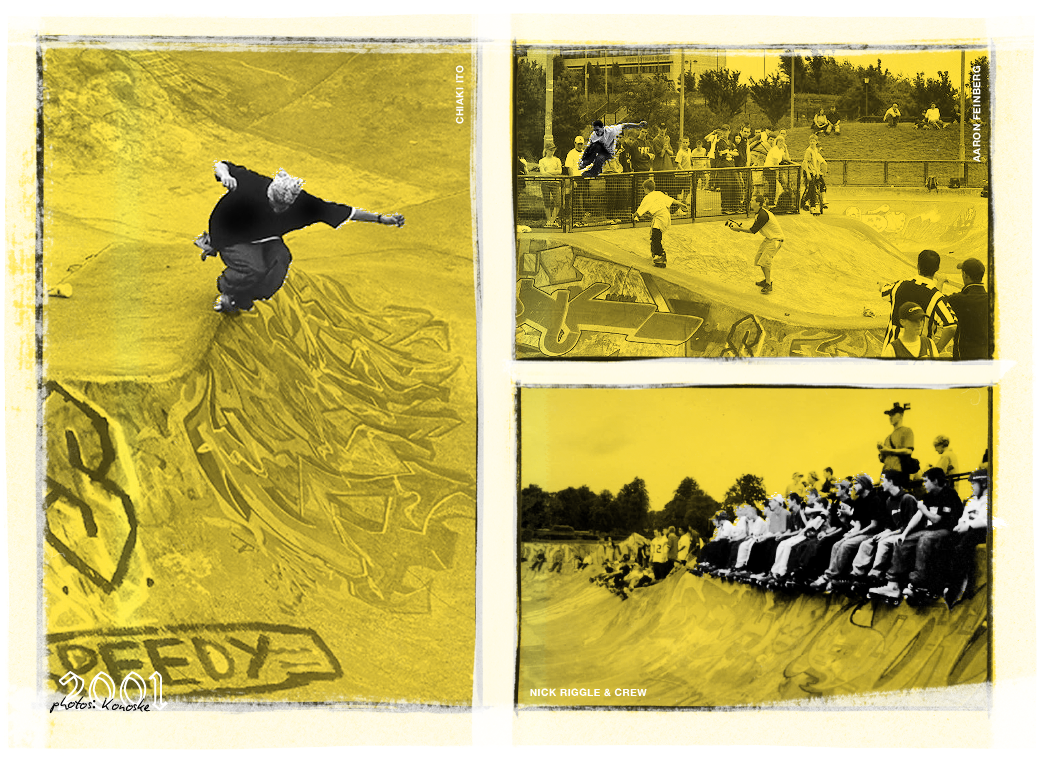 That’s solid. So this is mainly a park competition, correct?

It’s mainly a park party! I like to think of it as a party with comps rather than the other way around. The whole thing goes down at the skate park though. You’ll see what looks like some street in the edits but it’s actually the rails leading from the park down to the river, so it’s all there. 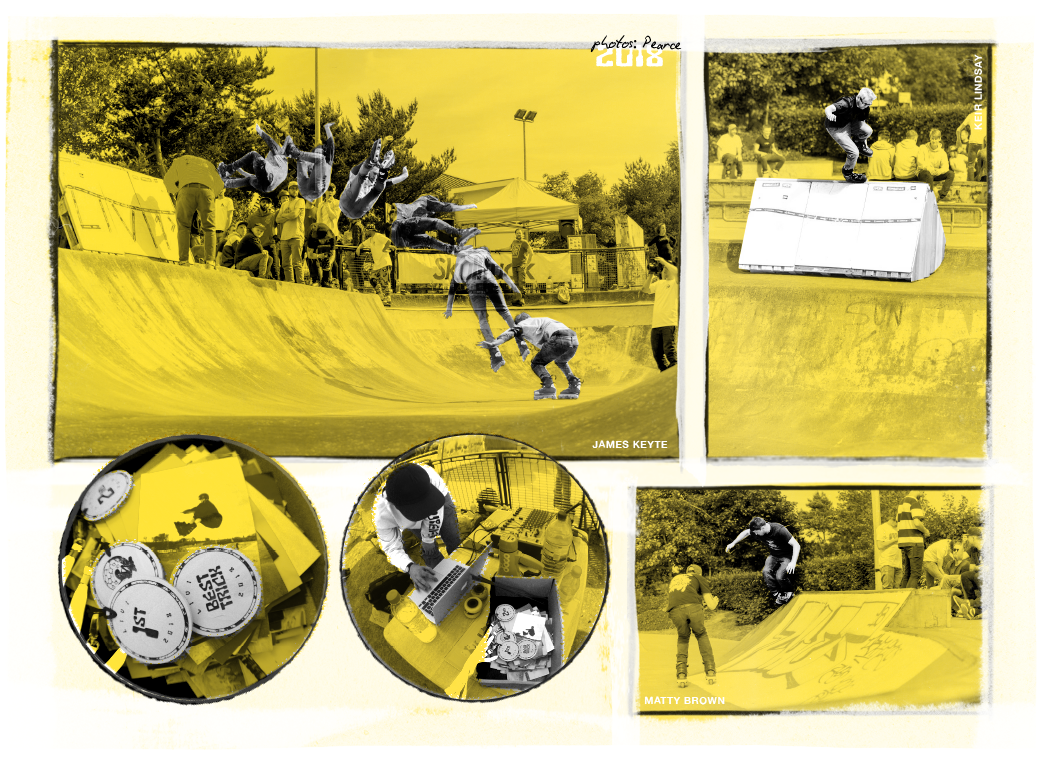 Some wild stuff must have gone down in the span of 24 years, any highlights?

Livi’s definitely witnessed some incredible stunts over the years, most of them probably not fit for print, but getting to see Feinberg show up and tear the place apart back in 2001 was a really special one, you can see some footage from that year in the old Salomon video “Burning Bridges”. 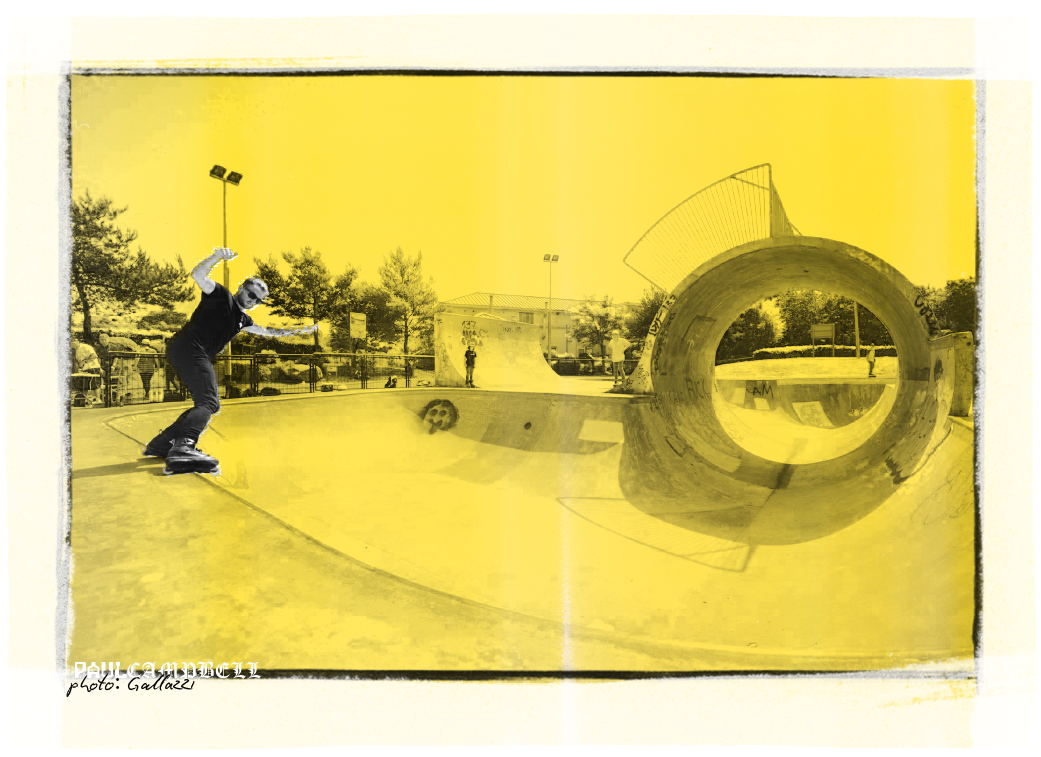 Sounds like a solid time. So I think we can wrap this up, any final words or thank yous?

Just to encourage anyone interested to get along to Livi, whatever your level, whatever size or configuration your wheels are, even if you’re not skating we’ve got great DJs lined-up so come and party with us.

Huge thanks to Loco, Razors, Hedonskate, Grindhouse, Kaltik and all the rest of the sponsors and supporters that have held us down over the last 24 years. Biggest thanks always goes to the legend Kenny Omond for having the vision and keeping the faith.