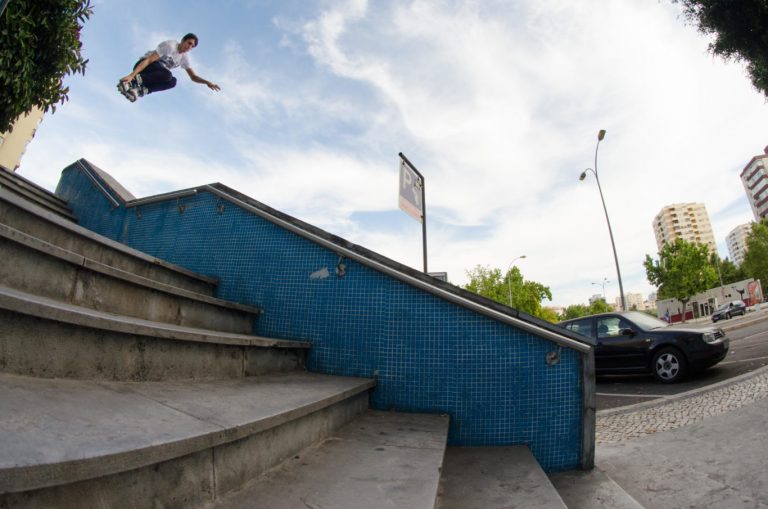 It’s probably the sunny weather and the ocean breeze coming from the Atlantic, but the Portuguese rollerblading scene has always been vibrant, and brought us international players such as the much beloved and positive Ricardo Lino. The country was recognized by the good people at Valo who more than once toured the country in search of sunny days and photogenic skatespots, and many other bladers who venture to this furthest western part of the European continent.

Even though a lack of recent coverage has made it seem like there’s not much going on there, Be-Mag is there, this time with the help of Joao Ruivo. Joao spoke to Rodrigo Teixeira, one of the most talented young bladers in Portugal.

Rodrigo is a member of the “Lisbon boys” squad. A soft-spoken physics student, he lets his blading talk for him. 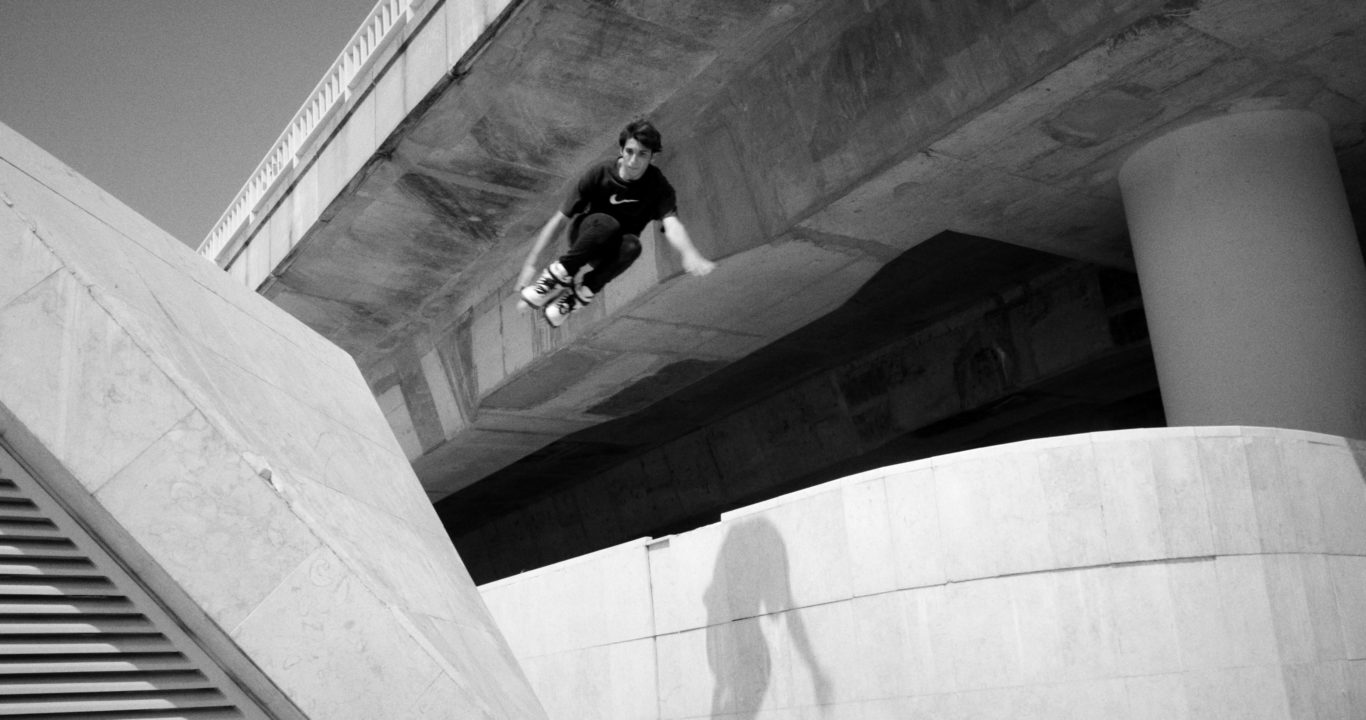 Hey there Rodrigo, thanks for talking to Be-Mag! Let’s start with your skates, what’s your current setup? And with whom, where and when did you last skate?

Thank you! I’m currently using the Razors SL-3 and I’ve been switching between the BIG and the FLT3 Ground Control frames. My last session was in Alvalade in Lisbon, last week with my friend Maria.

Are you coming to Winterclash this year? So anyone can pay you a beer (know that you’re over 18)?

Haha yeah, I’m coming to Winterclash and I’m over 18 but no beer for me. I prefer skating sober. 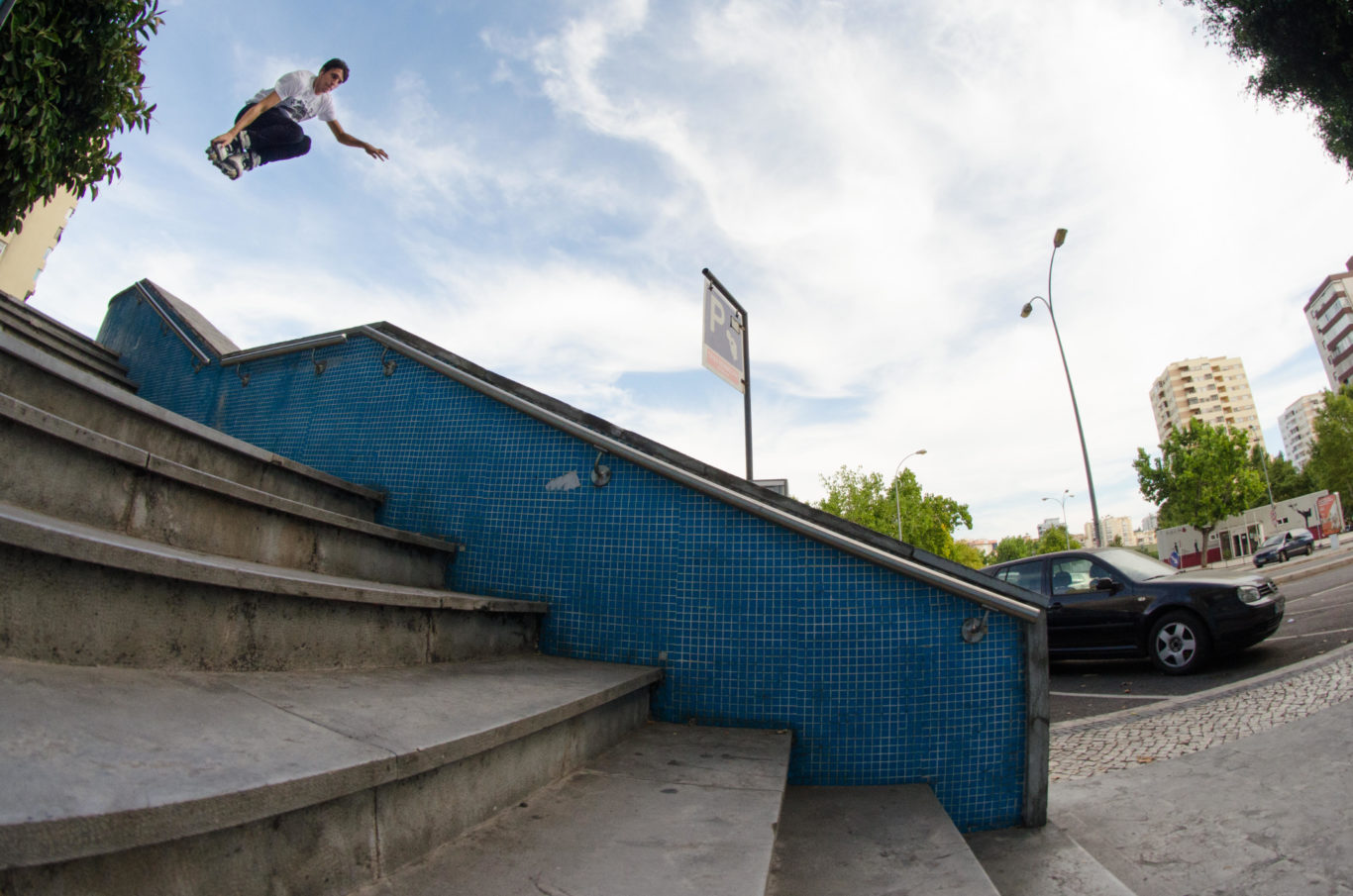 Almost a year has passed since your last section for Razors. You told me that you’ve had between 0 to 5 tries for a trick before security came in. Were you running away every single time? Did you got fined or how did you escaped?

Well, we would get everything ready and discuss which angles we wanted and when to switch places (it was always just me and my girl on the spot ) then I started trying. When the security would come our reaction would pretty much depend on his way of kicking us out, but we had everything, from security hyping me up to land it quickly before he had to call the police, to telling us that we had to come with him because they had called the police, in which case we would run away .
Usually they’d talk to us and we would apologize and pretended to leave, then we would try a couple more tries and leave just when we were done or when we saw him again. By the end of the edit the whole metro security knew who we were and it was becoming really uncomfortable skating there. I’m glad I now have a car and don’t take the metro that often.

Heard that you’re about to release some more content. What have you been up to?

Yes! I have two edits almost ready, one filmed during the summer with a friend from Germany that I met whilst filming for that smart promo and the other one I’ve been filming with some friends in between classes, they are really opposite aesthetics wise so I’m really looking forward to putting them both out. 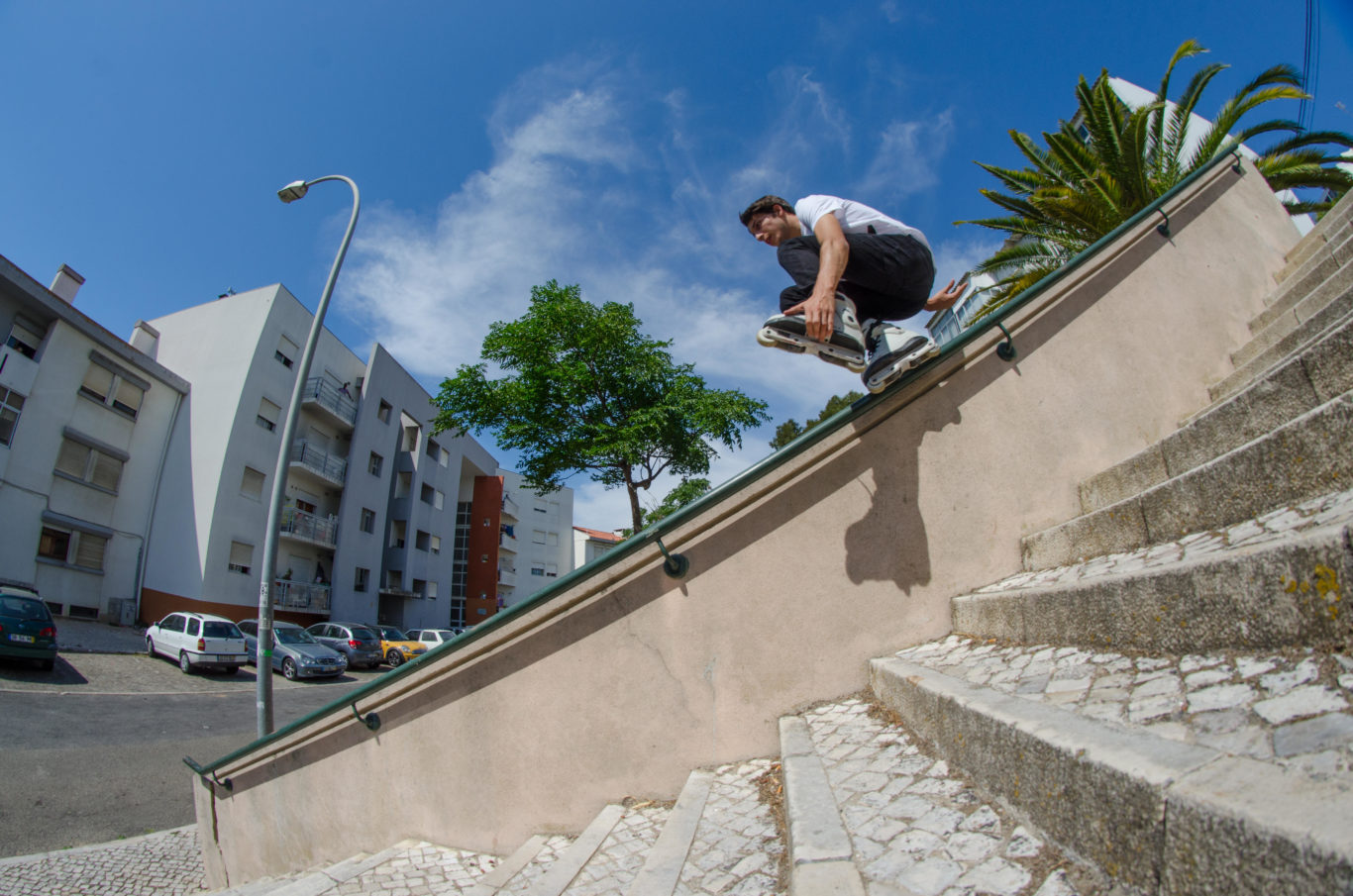 When’s the video dropping, and will it be available?

The one filmed during the summer is in ‘post-production’ but requires much more work than the other one. Also, I still need a couple more tricks for this one that should be finished by now but the camera that I’m using is broken for the second time. I’m hoping that until the end of the year at least one of them is out!

Tell us about your life in the near future, are you planning to stay around for study / professional reasons, leave the country as many others people of your age?

I’m studying Physics in Lisbon and I’m staying in Portugal at least until I got my degree, after that we’ll see but I do intend to keep studying and blading for as long as I can!

Thank you and Be-mag for caring, and whoever reads this. Thanks Razors for all the support, and the usual suspects Martim and Lino.Thanks Julien, Maria, João and Beatriz for helping me making it. 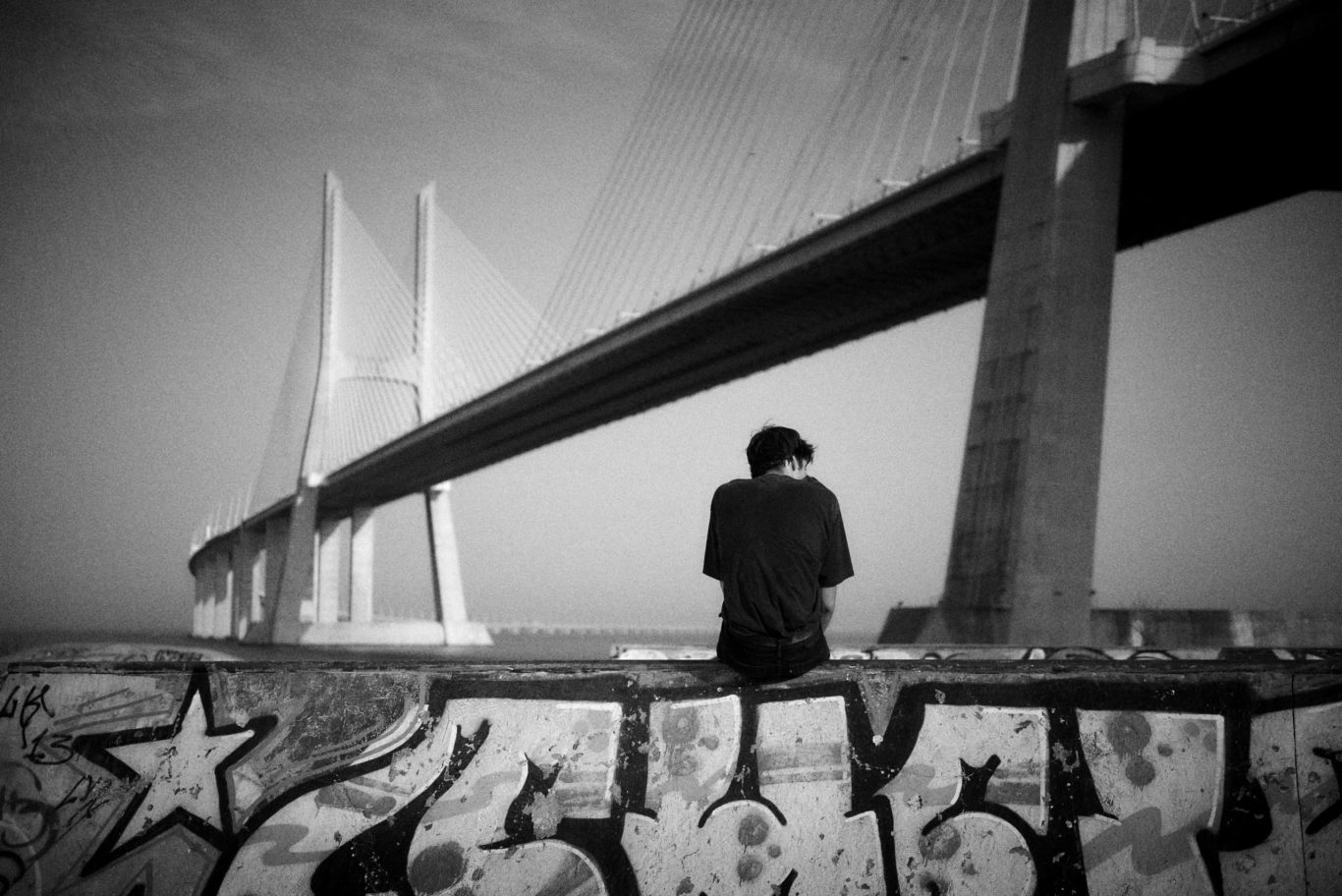