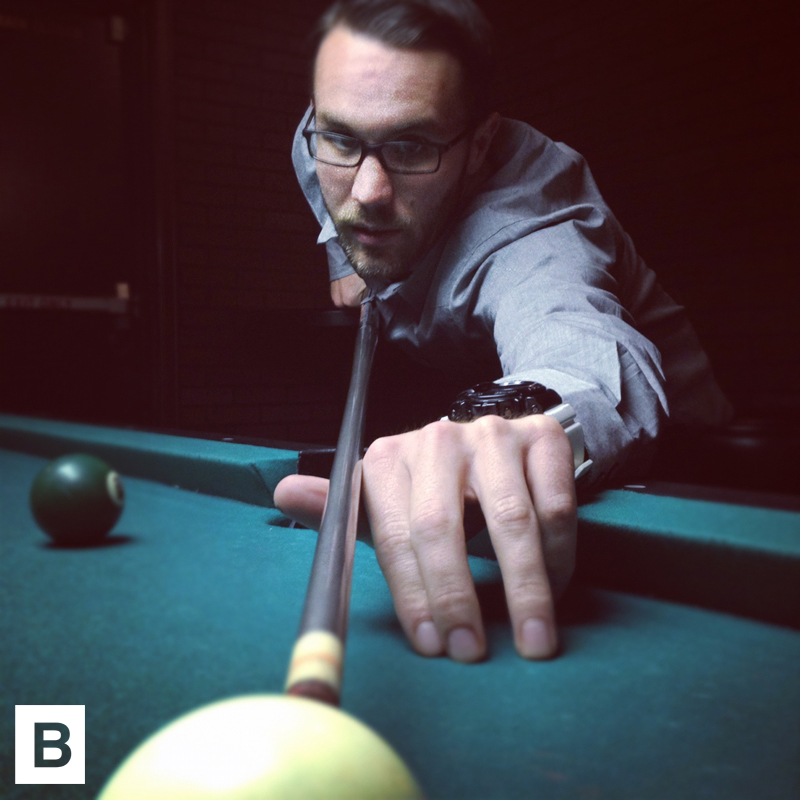 Chris Haffey has achieved more in Blading then most people would ever think possible. Labeled as one of the Top 5 Bladers of all time Chris delivered some of the most impressive video sections year by year. If you have bought a magazine or video in the last 10 years than your are more than likely guaranteed to find Haffey destroying a spot many of us would think un-skatebale. Not only has he achieved countless covers and video sections but he has also won pretty much every single major competition in the world, picked up sponsors from some of the sickest blading companies ever, had more Pro skates and parts than we have fingers to count, oh and he’s set world records too! Now Haffey is on a world wide tour with Nitro Circus doing double Flatspins on a Snowboard sized ramp in front of sold out arenas full of scremaing fans.
Chris Haffey is one of the most professional, loyal and down to earth personalities in Blading, ever. He is the one person every sport needs; he is the Superman of Blading. We sit down with Chris to talk about his current world tour with Nitro Circus, filming new sections and his future. Make sure you keep checking back for Haffeys “Top 5” next week.
Ladies and gentleman, a few words from the legend that is Chris Haffey. This is Blading.

Hey Chris, are you back home already, or are you still in Australia?
Yea I am back home now after 5 weeks over that way.
You went on the Nitro Circus Tour in Australia. Can you tell us a little bit about it? Good times? It must be totally different to the usual blading tours you did in the past?
Man those tours are the best times. Definitely completely different than any tour I have ever been on for blading. You get a tour book the day you get there with every days schedule in it, and then a day sheet under your door in the hotel each night. It has to be that organized with how many people there are traveling with the tour though. I think there are 47 Athletes or something and then a bunch of people on top of that. That’s what makes them so awesome though is that you have 47 likeminded people traveling around and just having a good time. The show itself is also really fun to do so it never feels like you are working. The energy in the stadiums and performing in front of that many people is unreal.
How is the lifestyle on tour? Crazy parties every night, superstar life, or more calm and everybody is going to bed early to be ready for the show?
The lifestyle is somewhere right in the middle of that for the most part and then every now and then it will lean a little further in one direction. There are definitely crazy party nights, and then every now and then everyone will have a more mellow night at the hotel. All in all though the lifestyle is pretty laid back. There are so many people on the trip that on any given night you can find at least 5 other people that are down to do whatever it is you feel like doing, whether it’s going out, or just making dinner at the hotel.

You are the only rollerblader on that tour, right? You feel respected, or is there still a little bit of teasing here and there?
Yea I am the only rollerblader there. I definitely feel respected. It would be impossible for me to spend that much time on the road if I was constantly the butt end of every joke. Over the course of the last 2 and a half years though I have had the chance to get to know everybody really well, so there is definitely a level of mutual respect across the board. In saying that though even when I came in as an outsider and the only rollerblader that long ago there was a few jokes here and there, but all in good fun not like the actual hate you might catch at a skate park.
It’s been a while that you filmed a full length street section, and for so sure it makes sense that you’re focusing on the Nitro shows right now. Do you already know if that’s something you will be doing for the next couple of years, or you don’t know how long you will be on the road with them?
It has been a little while now huh? Time flies man haha. Shit. I know there is big plans for the future with the tour, and I am definitely going to keep going back as long as I am invited. It’s kind of a weird place to be sitting though. I never really imagined going very long without filming a part, cause that’s all I have ever really known. Kind of strange that as a byproduct of my career moving so heavily down another avenue filming parts has taken a backseat. Guess we will see what the future brings.

Can we expect a full Chris Haffey video section in the near future?
I would love to say yes to this question, but there are so many things that factor into filming a full part that I am not sure when it can realistically happen. I feel like I have some time to get some things going right now, but I am only one part of the puzzle. I have about 5 months till I am back on tour with Nitro so I’ll see what happens with it. Not going to promise anything haha…goes back to I guess we will see what the future brings!
You’ve been on top of blading for a long time now. After all the hammers, numerous competitions all the video sections and now the Nitro Circus, what’s next? Any plans for the future already?
I’m just rolling with the punches and seeing where life takes me. As of right now its pretty involved with doing the Nitro tours. I try to do my best to enjoy the now and worry about the future when it gets here.
If you think about your blading career, is there anything you didn’t achieved yet, but you wish you would have? Any goals left?
I have been so blessed with what I have been able to achieve with skating, and the places skating has brought me that if I were to sit here and ask for more I would be the biggest shit head in the world haha. Not to say that I am not going to continue to push myself, and continue to set goals for myself along the way, but in terms of the big picture I am just happy I have been lucky enough to experience the things I have already.
Thanks for the quick interview Chris. See you in Europe later that year!