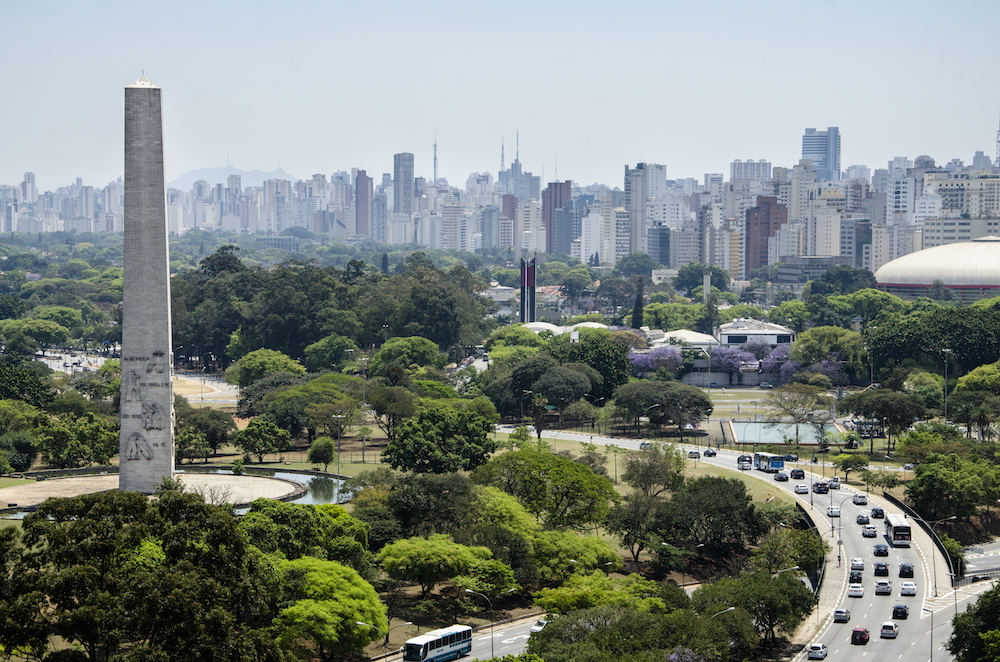 Lets face it, blading media’s focus is with few exceptions on North America and Europe. Most pro riders are located there and our major events are taking place there as well. Sure, there’s a little bit of Australia and little bit of Asia, but what’s going on in other corners of the world? There are dedicated scenes, tons of bladers, big events and great videos in so many places we don’t know much about. We took the chance to talk to Brazil’s Daniel Franco who recently finished a major video project called “Ta Rolando”. He spoke to us about his film and Brazil’s current blading scene in general; and going along with some awesome pictures it made us want to travel there right away. Take a look yourself. 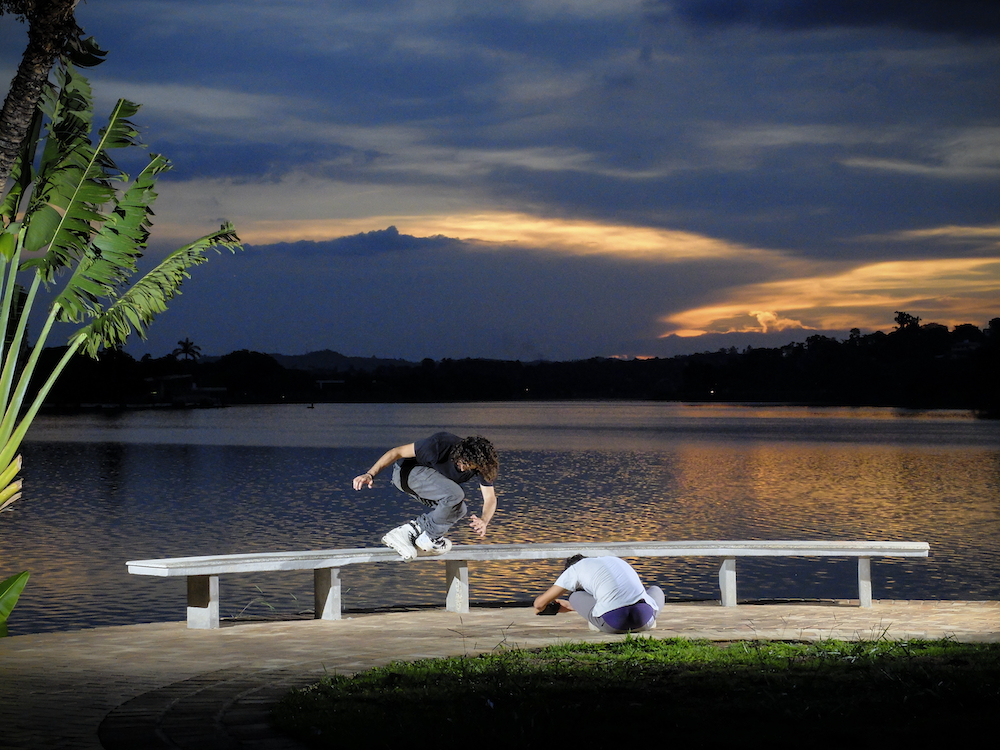 Hey Daniel, thanks for doing this with us. Where are you right now and what did you do before you started answering my questions?
First I´d like to thank you for letting me present the rollerblading scene that we believe in and put all our effort in. I´m here on the Rolling Sports office, checking what´s been going on in the social media about the “Tá Rolando” video premiere.
And last weekend, I got my girlfriend and my dog and went to my brother´s country house to celebrate the premiere, resting a bit eating a lot of good food.

For the start please introduce yourself. How old are you, where are you living, since when are you skating?
I´m taking a filming course at Academia Internacional de Cinema with my co-workers and I produce the audiovisual content of Rolling Sports company which is Powerslide and Rollerblade Brazil´s official retailer. I was born in 02/10/1987 and I´m living in São Paulo – Brazil, where I believe to have the strongest rollerblading scene in South America. I’m skating since I was 7, and practicing Aggressive skating since I was 14 years old. 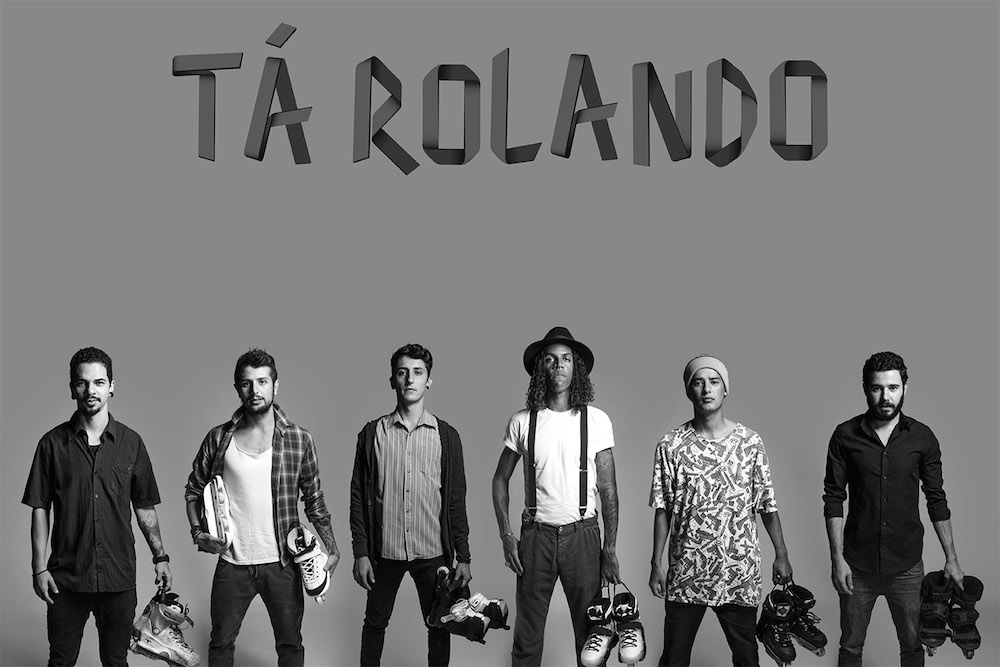 I would like to talk about your project “Ta Rolando”. What does the name mean in English and who is involved in the project?
“Tá Rolando” means “It´s Rolling”. This project has it’s main goal of showing how cool it is to be a rollerblader in Brasil, as well as the nice and beautiful places and weather conditions we have to skate all year long. Presented to real skaters, who focus on more fun and less on the competition.

When and why did you come up with the idea to make that movie and how long did you work on it?
I´ve been working on this movie project for about 2 years and a half.
As a blader, I always wanted to document the skating sessions with my friends and knew that it would contribute a lot for the scene.

After start working for Rolling Sports, I came up with the idea of setting up a crew which represents the Aggressive Street lifestyle concept of the company, to establish the crew and the brand experienced concept throughout the rollerblading scene. 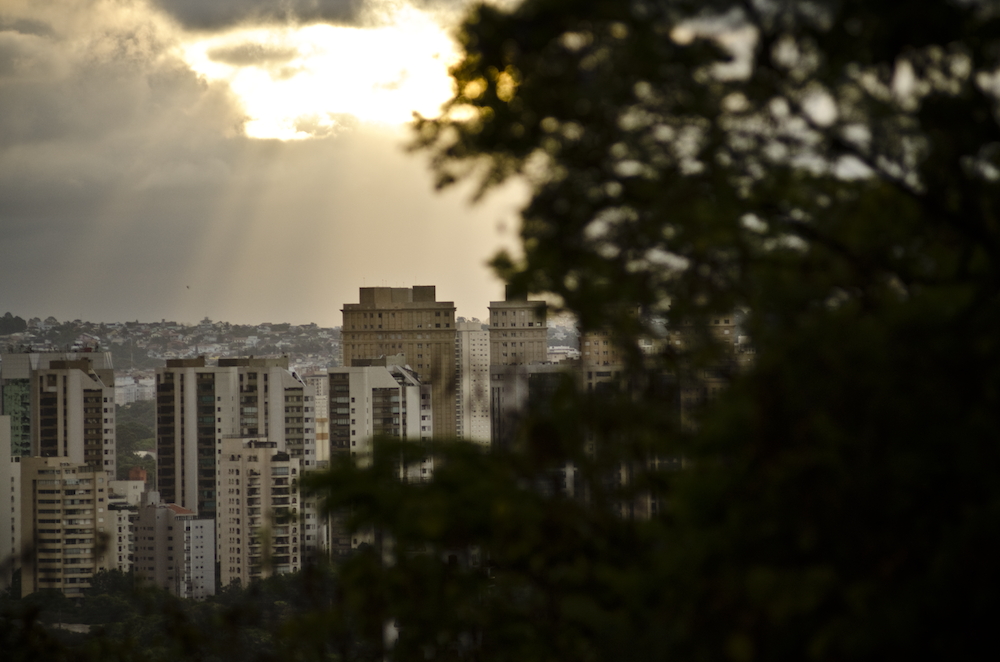 Was there a bigger goal / idea behind the movie, or did you just wanna make something for the fun of making it?
The real idea is to show how cool it is to skate with your friends focusing on just having fun, enjoying more than competing. We like to experience the street environment and the feeling to express ourselves through the tricks we land.

The trailer on your website doesn’t show any blading. What’s the idea behind it?
The idea is do show our chill times, the beautiful places we´ve been to, that makes it more exciting for the ones who don’t know much about Rollerblading.
For us it’s important to appreciate the places we´ve visited, that´s why we carefully chose all the spots we´ve been at. The idea is also to show how people always host us wherever we go, and of course we shot all the sessions too.

On the pictures you’ve sent me it looks like you went to beautiful places to film. Can you tell us a little more about where the filming took you and maybe what the most awesome place was and why?
We really picked nice places for shooting to show how beautiful Brazil is for travelling and skating. As Brazil is a wide country, we chose places where the skating scenes are stronger and also places never shot before. We´ve skated in Minas Gerais, São Paulo, Rio de Janeiro, Santa Catarina, Espírito Santo and many other cities and surroundings. We also went to Buenos Aires – Argentina and Paris (where my first trick of the movie was shot).

Being a blader in Brazil makes it hard to connect with the rest of blading world I would think. Please tell us about the good parts and also the downsides of being a blader in Brazil.
For those who aren’t in a financially comfortable situation, it´s quite hard to go abroad for skating. But I’m an example for the possibility to go abroad by trusting in my goals.
I´ve been to many countries for skating and have met many international skaters. It was easier than I thought and I´ve been connected to all of them through the internet, and in return I had the pleasure of hosting many of these guys, such as Dre Powell, Diego Guilloud and Willian while they’ve been in Brazil.

Furthermore, we´ve got the well known Brazilian skaters like Fabio Enes, Carlos, Fabiola da Silva, Marco de Santi and others.
For some skaters, the downside of being a blader in Brazil is the insufficient infra-structure of the cities where we tend to go street skating. The spots are harder to skate because of the lack of good pavements and so on. We´ve got a low number of skateparks throughout the country, not to forget that the public skateparks usually are in bad conditions. In consequence of these unusual conditions the scene here has it´s own style, which makes the tricks even harder and more exciting for who skates and watches. 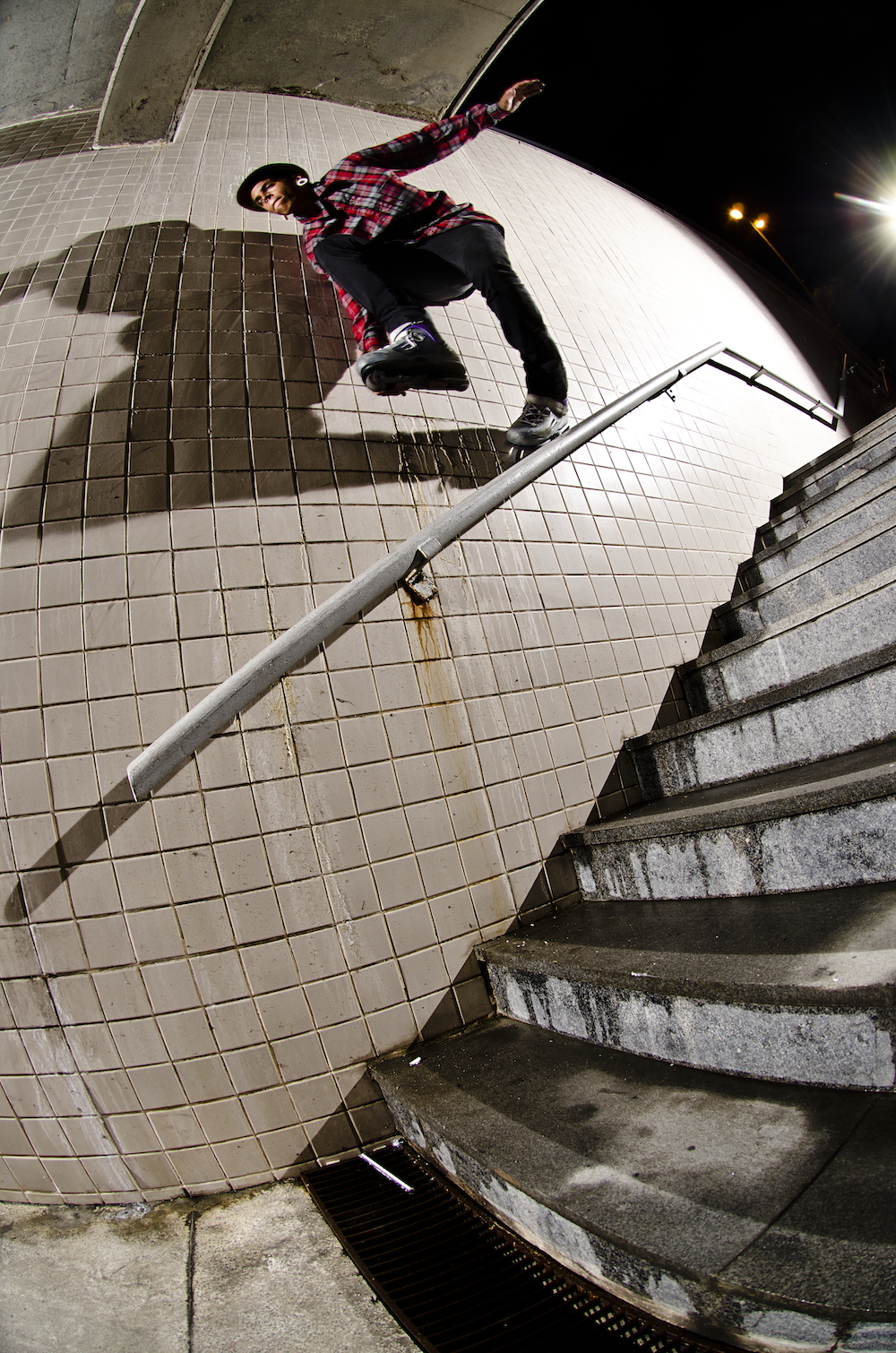 You’ve been to places outside of Brazil as well, as far as I know. Where did blading take you and what were the biggest differences to back home (both blading wise and in general)?
I´ve been to England, Netherlands, France, Italy, Spain, Germany. In South America I´ve been to Peru, Equador, Paraguay, Argentina and I intend to see many other places.
I really enjoyed the new culture and experiences, taking the good examples of how to be a better human being from developed countries. Now I became more aware of the Brazilian culture, meeting different cultures makes us richer on how to deal with life on a daily-basis.
As a blader, I grew up a lot meeting new skaters and watching them skating, mainly in skating events, where the competition burns up! I´ve also been to the Chaz Invite, BCN Extreme, Winterclash and others. Certainly these experiences made me a more experienced skater.

Please tell us a little bit about the scene in Brazil. Are there many bladers, what’s their inspiration and are there big events and maybe more video projects we should watch out for?
The scene of street skating in Brazil has been growing, we´ve got lots of skaters coming together from around the country. There’s also a new generation of skaters coming up which is more into filming too. Just like everywhere, we got different skating crews and some of them don´t like competitions or taking part in videos; they just take skating as a life style.
Brazilian skaters have always been involved in the international skating scene since the 90´s and I believe we´ve got a lot o promising talents coming up. Urban sports are well known here, sometimes, even more than in developed countries.
One of the most important videos we´ve got is from Mete a Mala Company, which shows some of our professional bladers, and amateur athletes who are in the spotlight.
These videos are produced by Felipe Zambardino – an icon of our rollerblading scene.
By the way, you can get to know our scene a bit better watching the Rolling Sports videos at youtube.com/rollingsports. 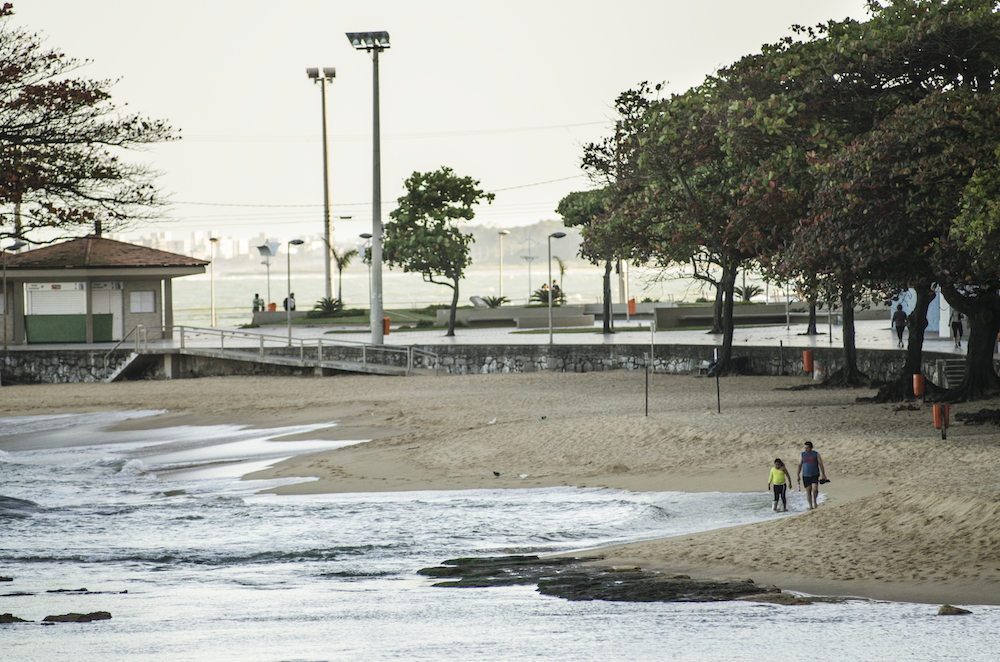 The premiere of the movie just took place in Sao Paulo last weeekend. How was it?
The main premiere event was in São Paulo – SP. We presented the movie at Cinemateca Brasileira, a nice place that gave us the space for our presentation, which of course made me proud since it’s my college project as well. We had a party with nice Red Bull promoter girls while the Criatura Band played some songs that were produced for the Tá Roland project during the first and second movie presentation.
The Criatura is a band of a friend who I haven´t been in touch since I was 17.
It was incredible to see how much the songs fit to the movie scenes and tricks, giving an authentic touch to the movie.

Thanks a lot for doing this with us. If you have any last words and something you want to tell our readers, this is your turn:
Mark Brazil on your travelling route, you will probably never forget the experience Brazil can give you. I also would like to congratulate you guys for the new Be-Mag layout. Our scene really depends on selected content being presented by people who really know about it. 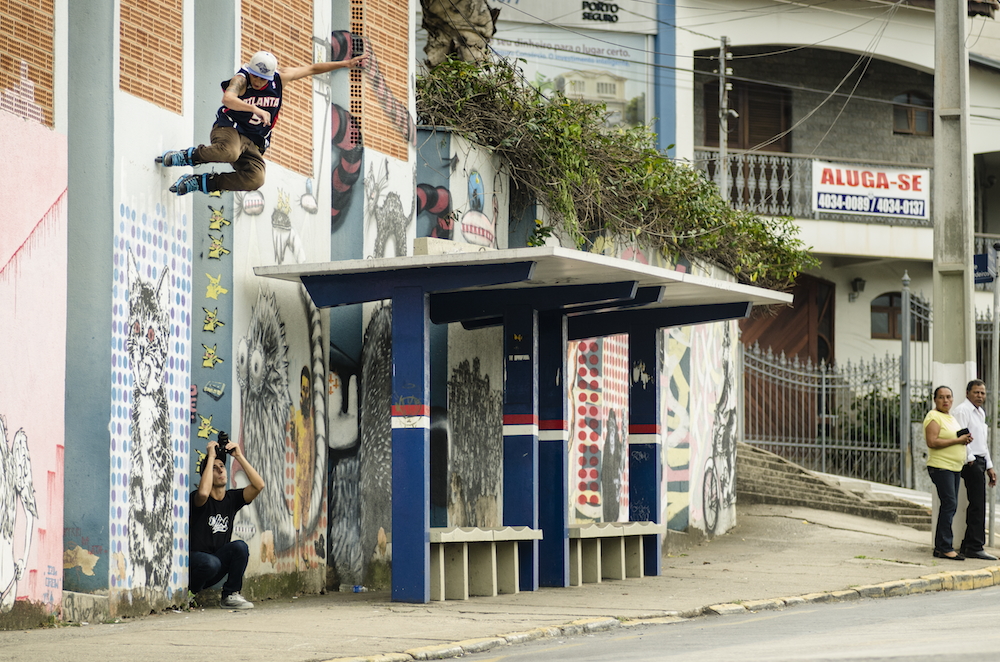 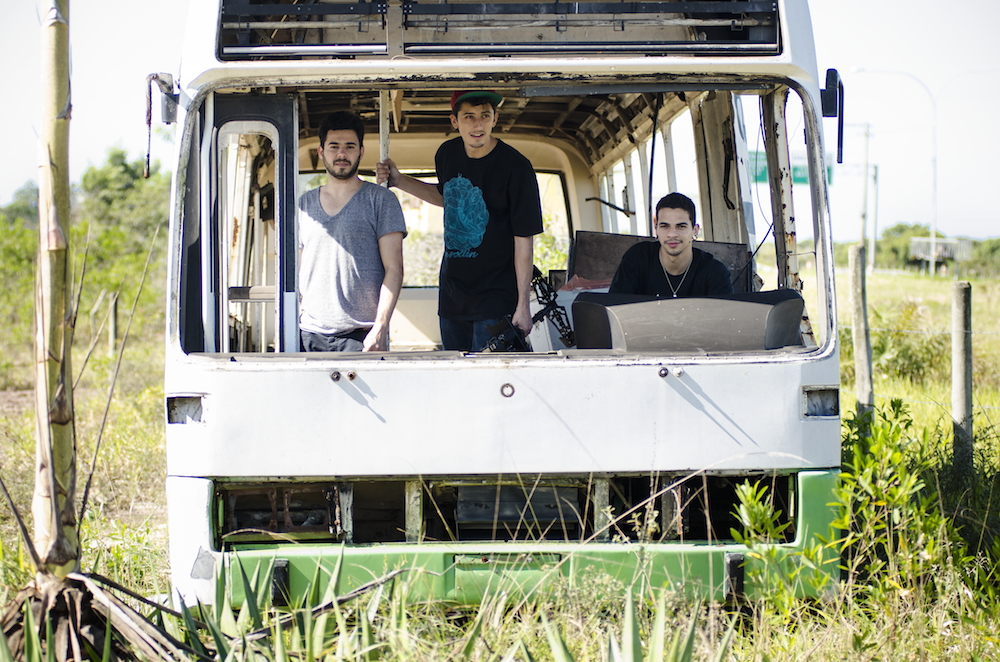 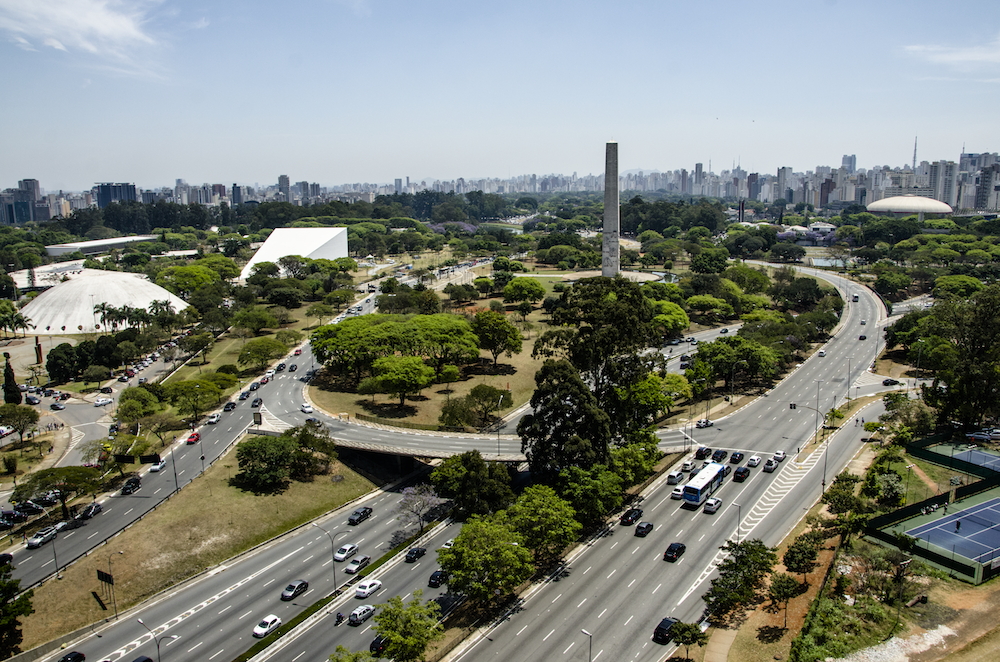 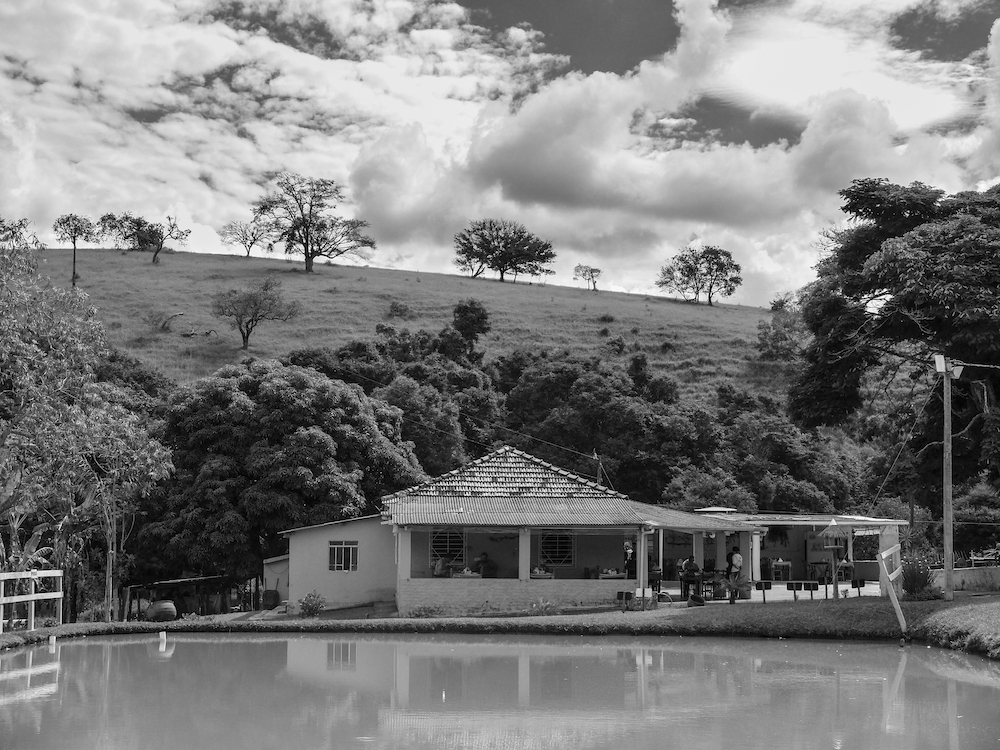 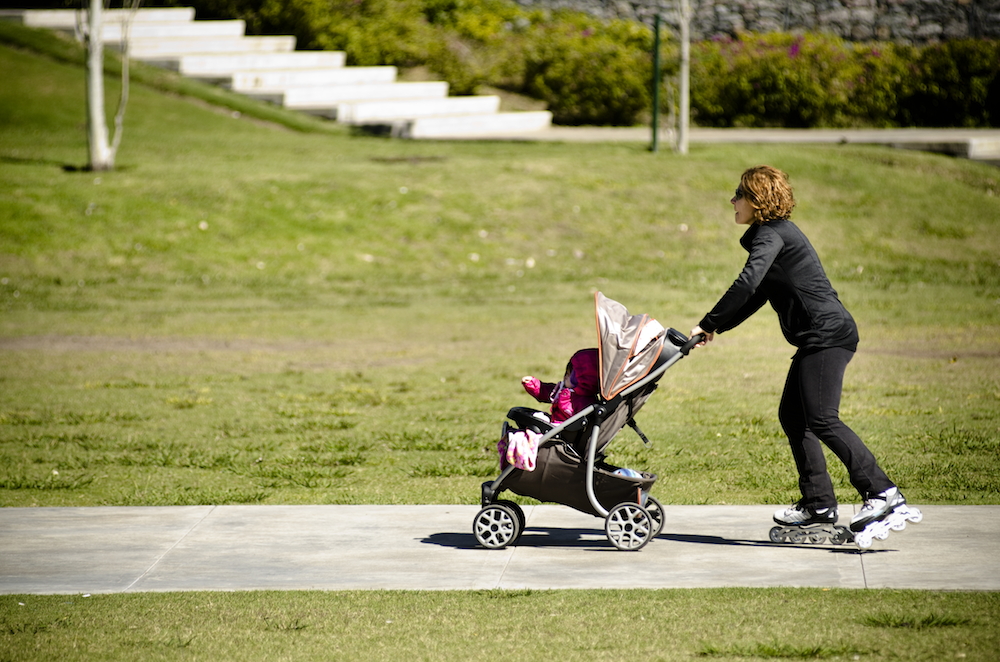 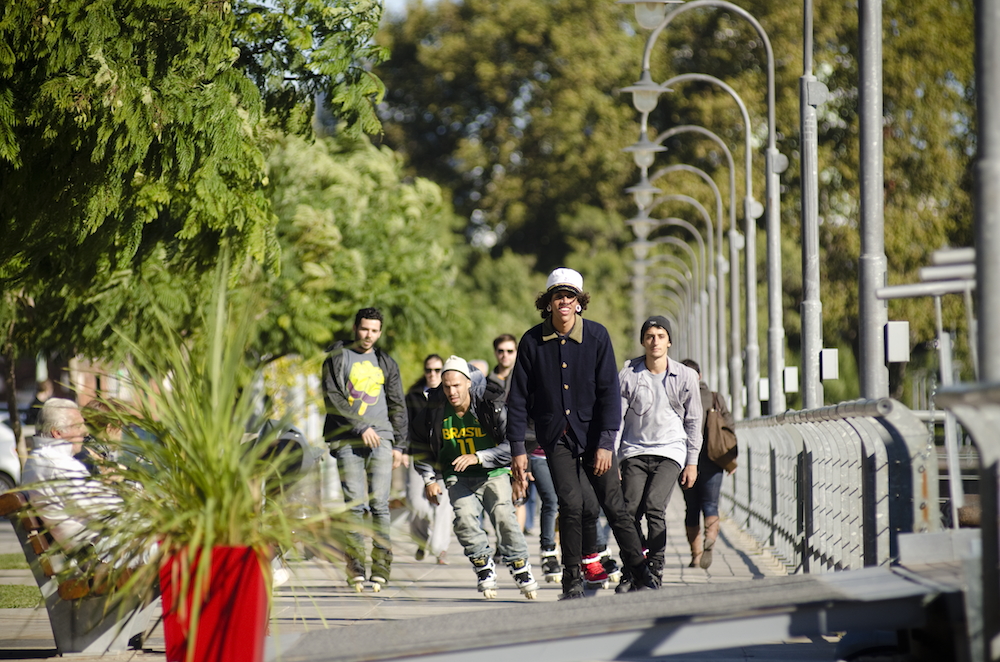 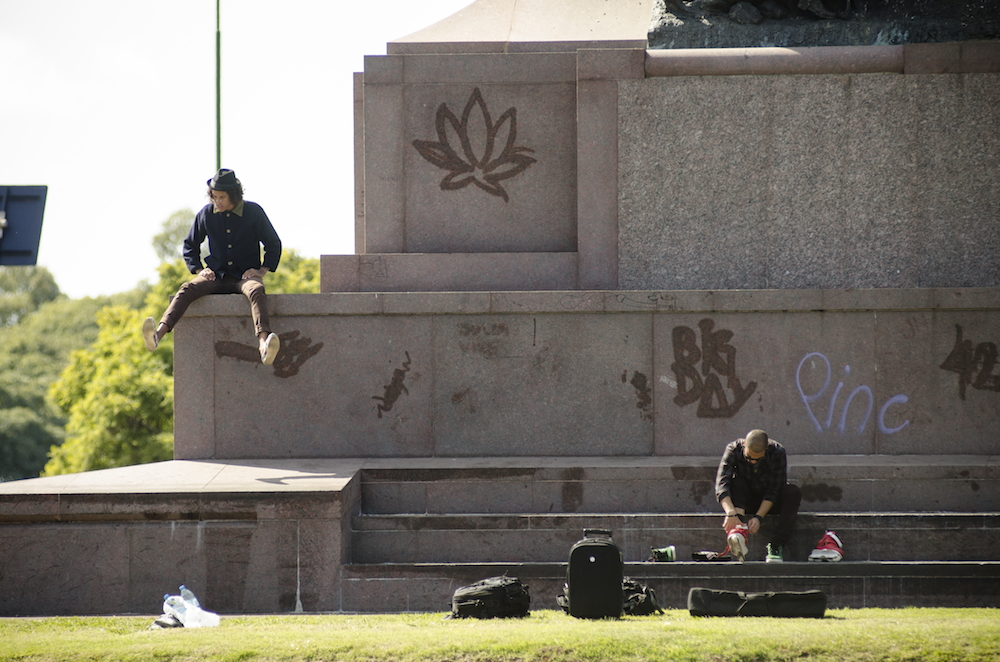 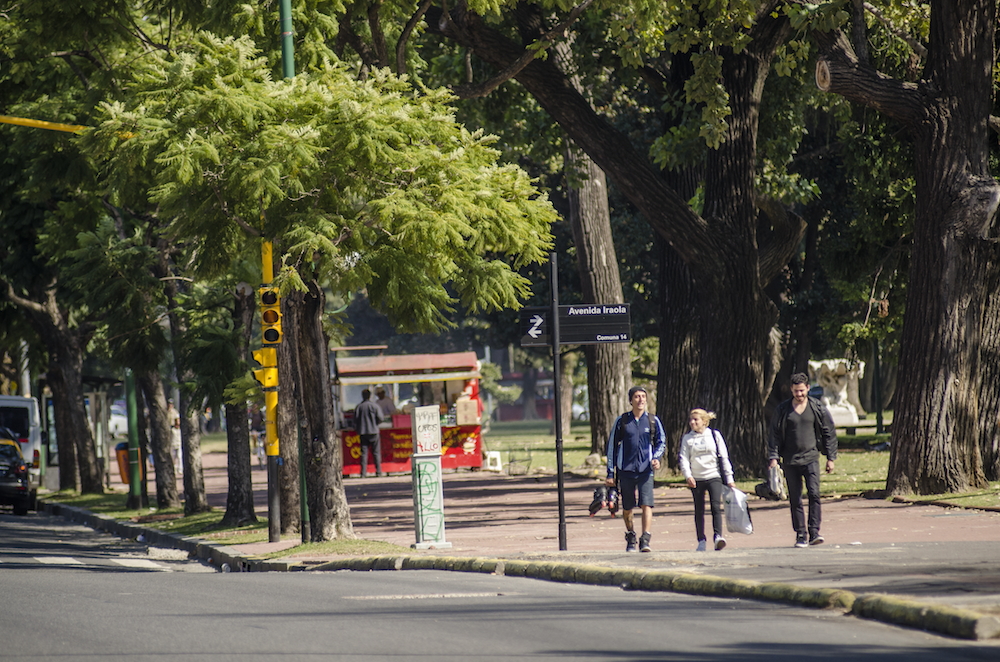 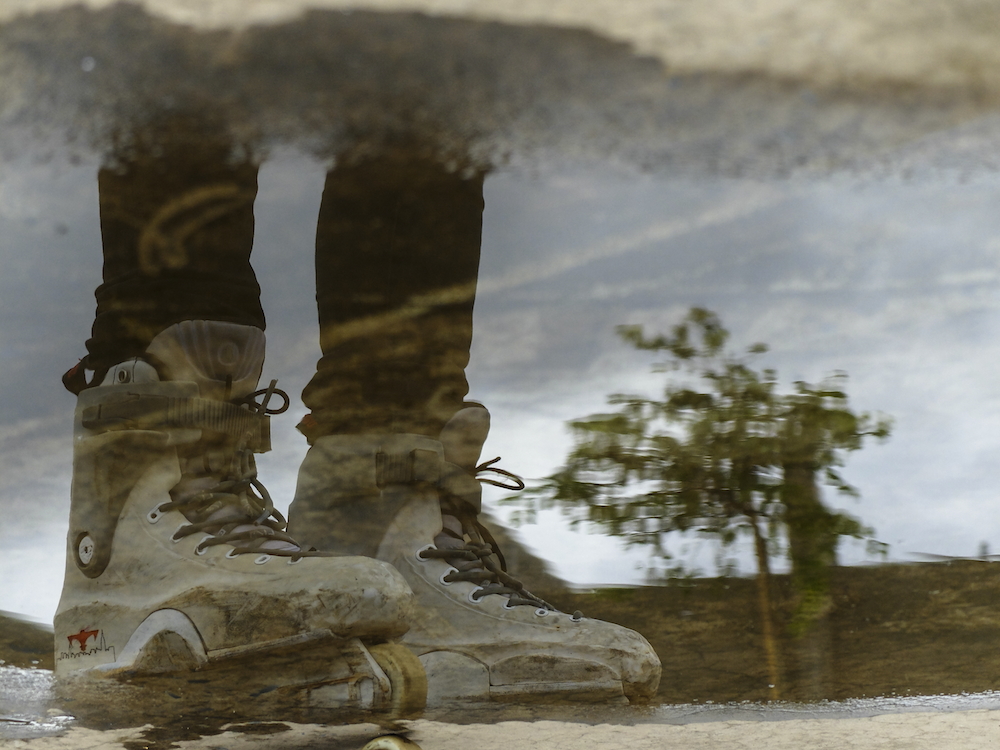 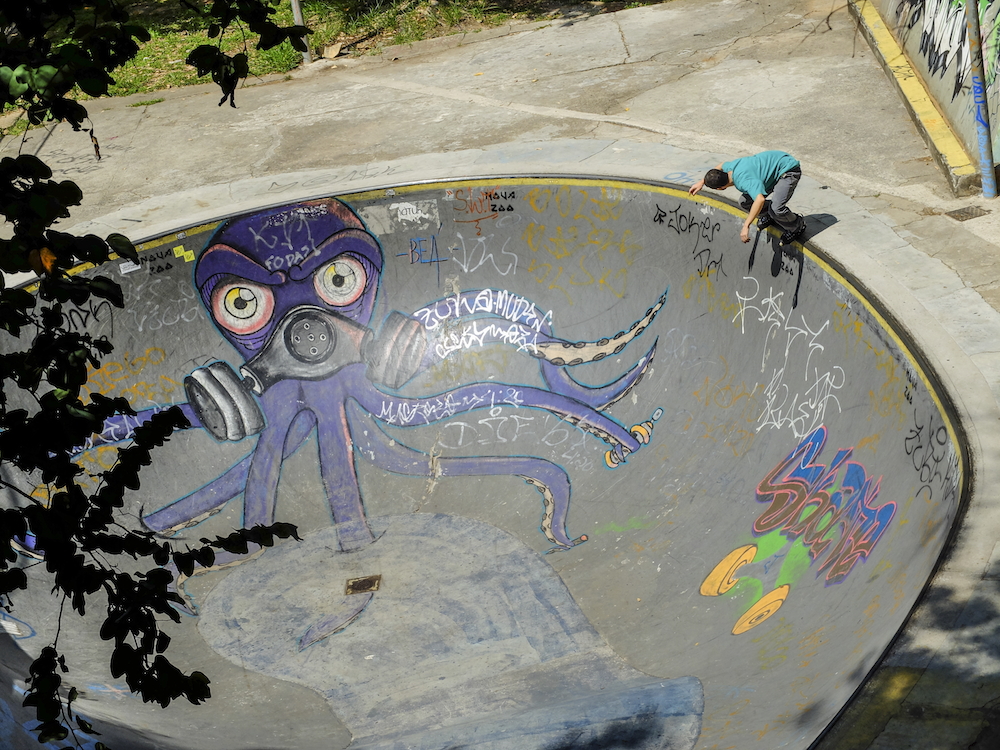 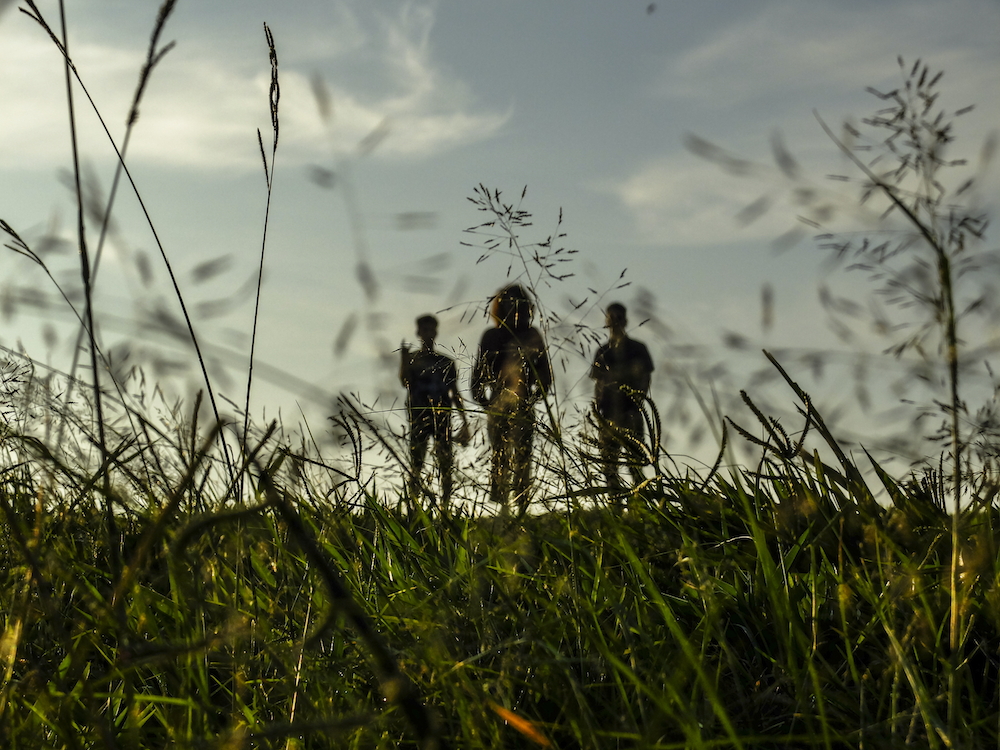 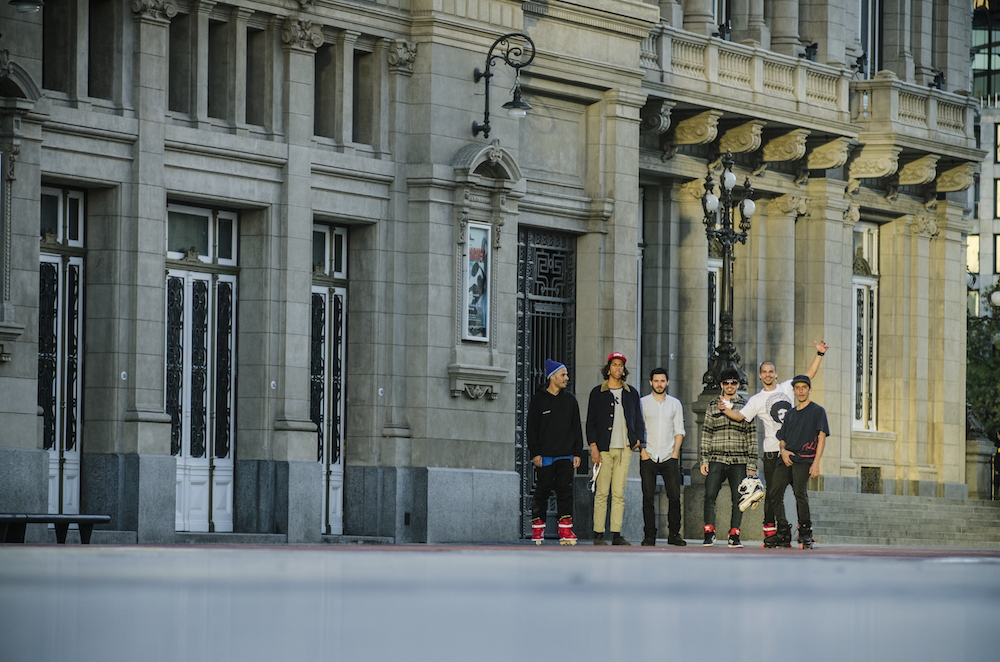 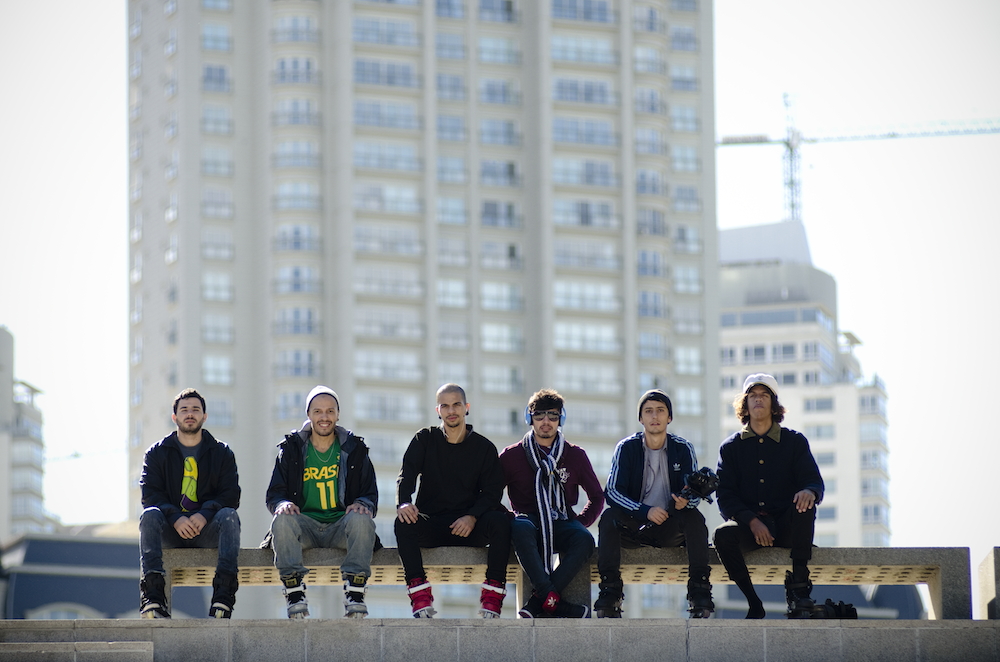 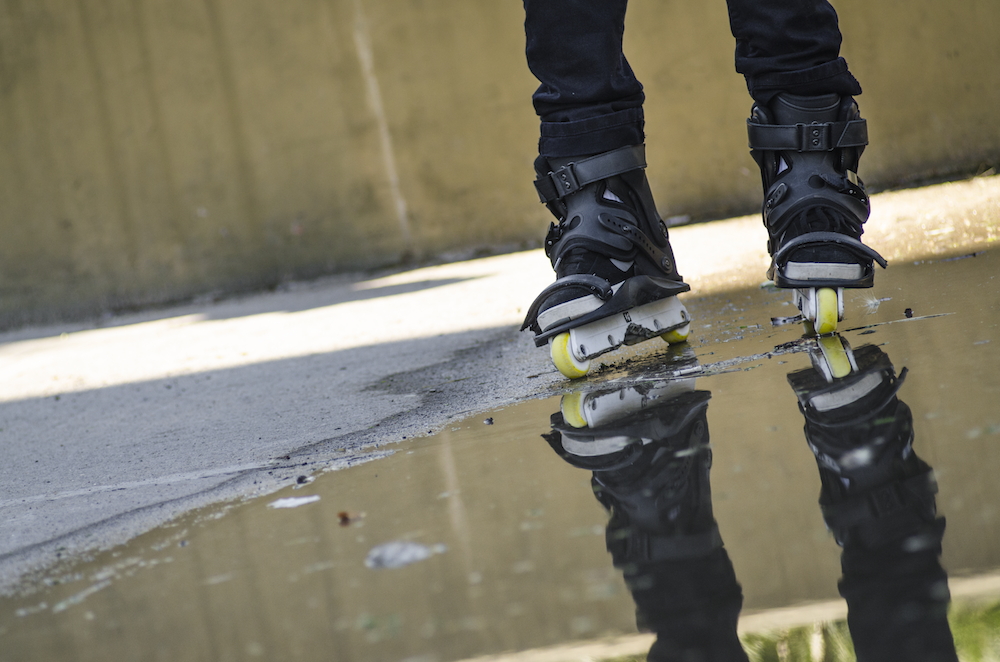 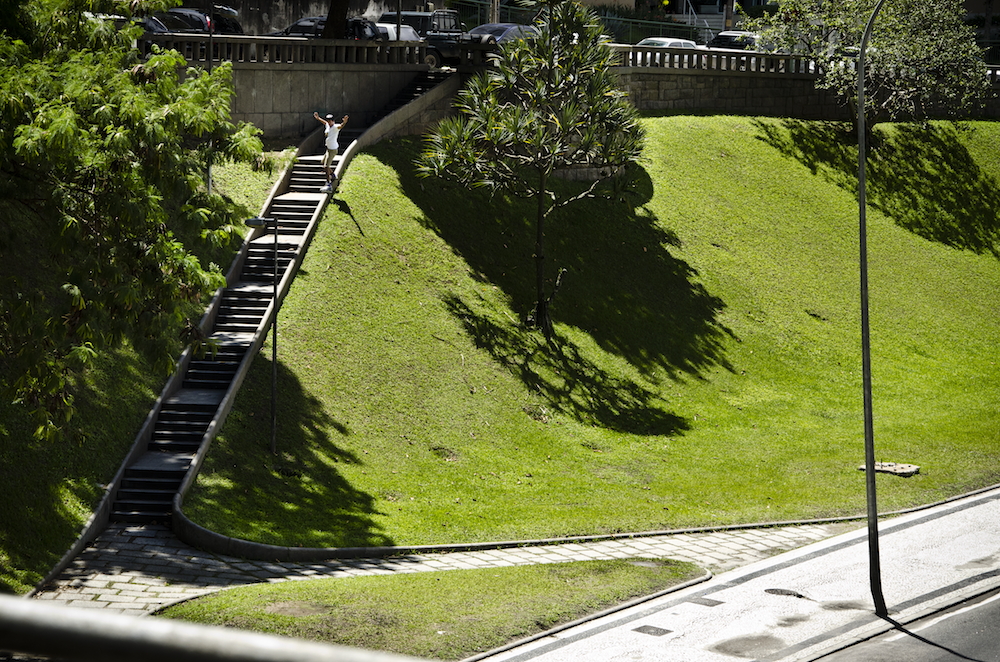 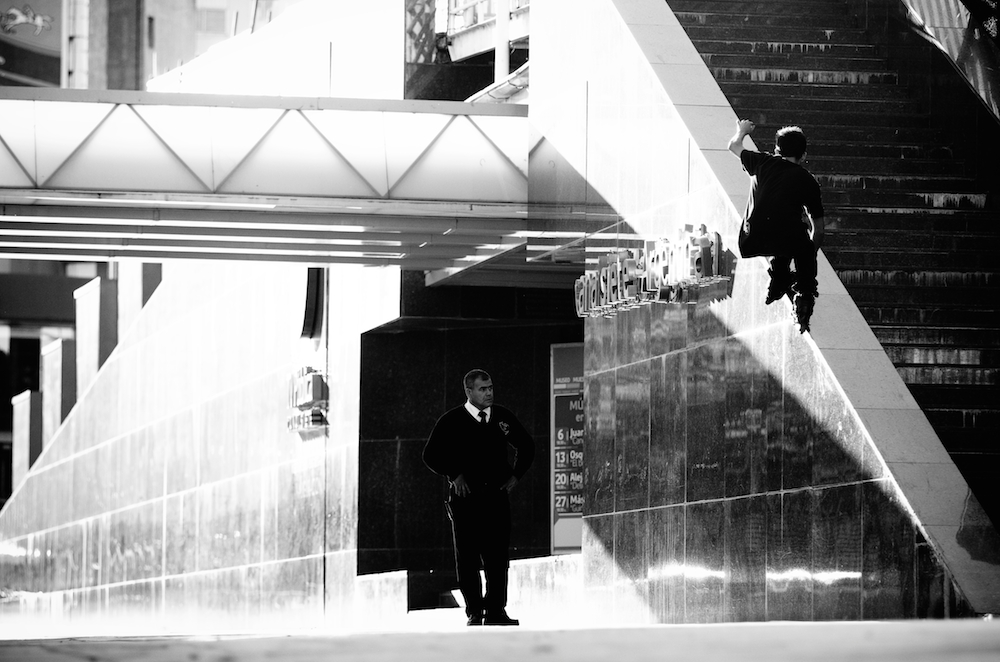 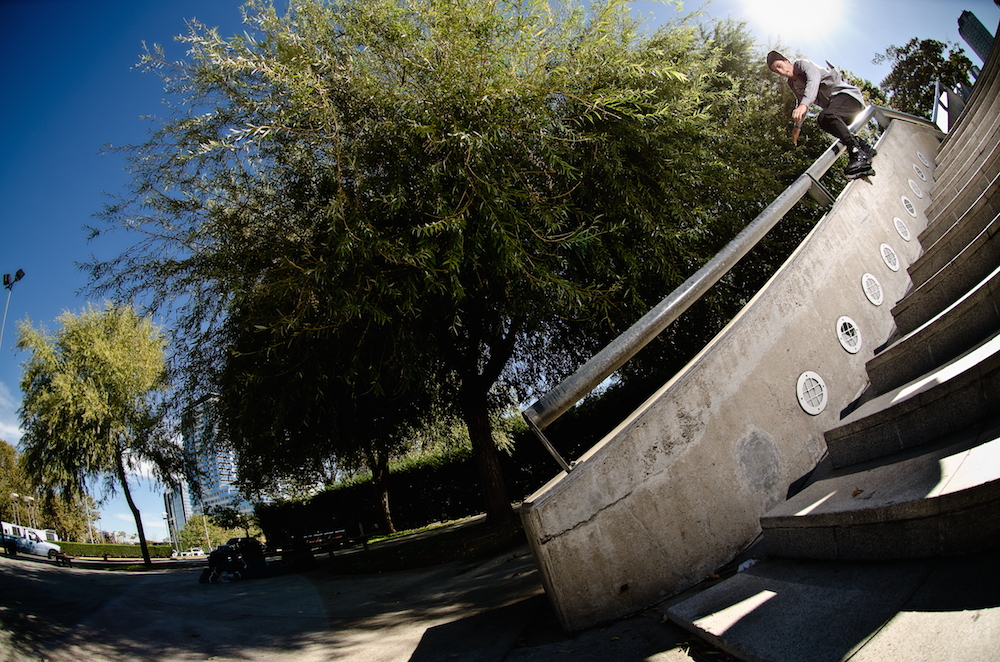 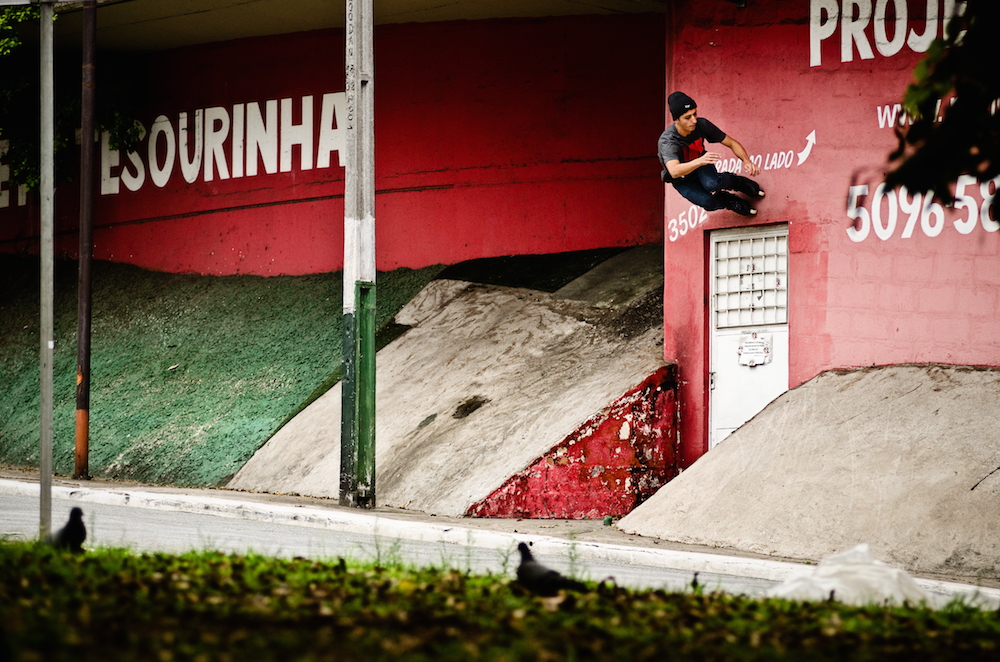