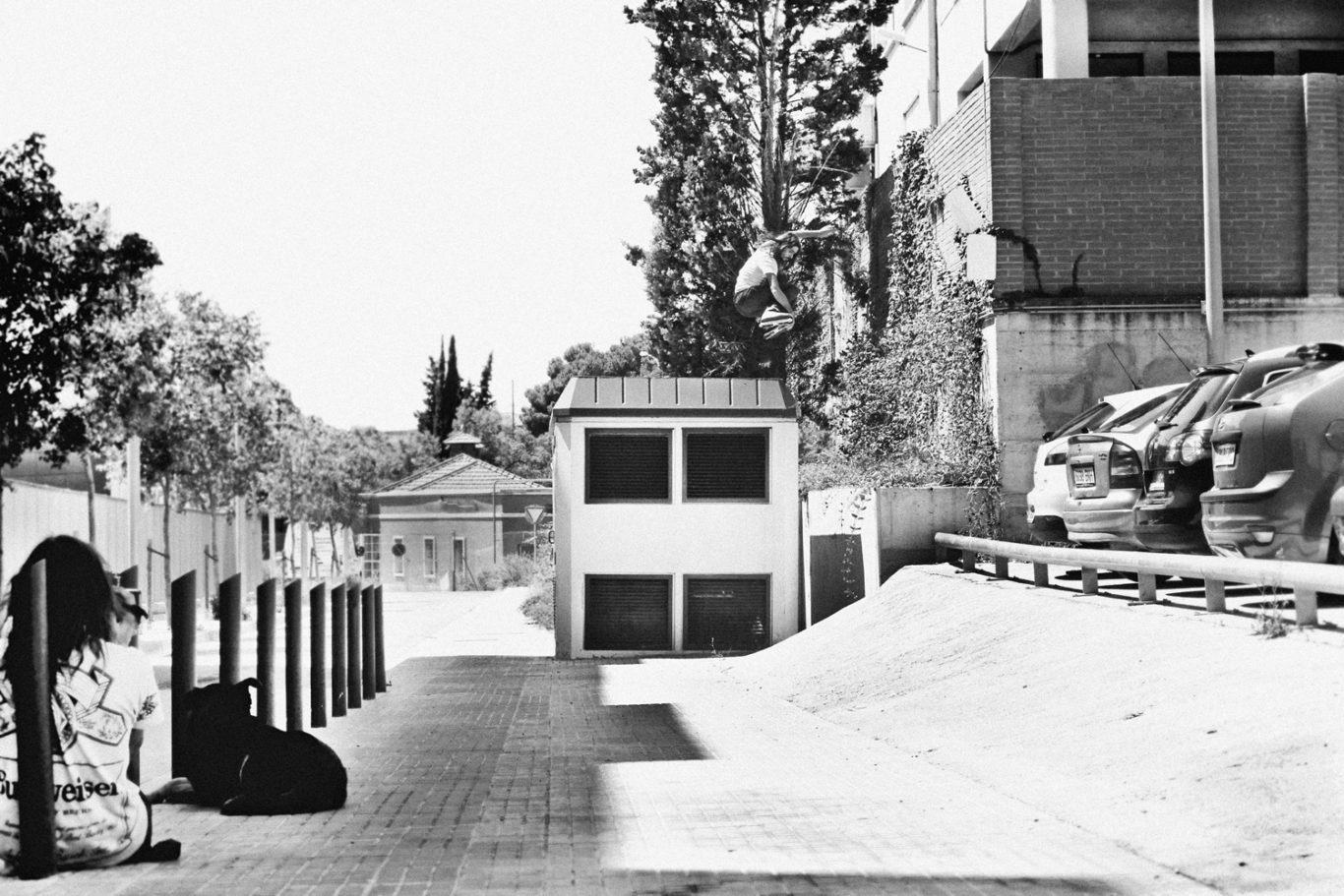 Interview: Marc Moreno about his 666 section

SSM’s 666 Series already brought us breathtaking profiles of Brian Shima, Joey Chase and John Bolino. Now its time for the 4th episode, dropping October 6th and featuring one of Europe’s greatest, Marc Moreno. Everything Marc has been putting out in the past years has been nothing but amazing and to say we are excited for this one would be an awful understatement. We were curious to find out about the filming process and sent Marc a few questions about how his section came together. Check it out and get ready to download his episode October 6th. 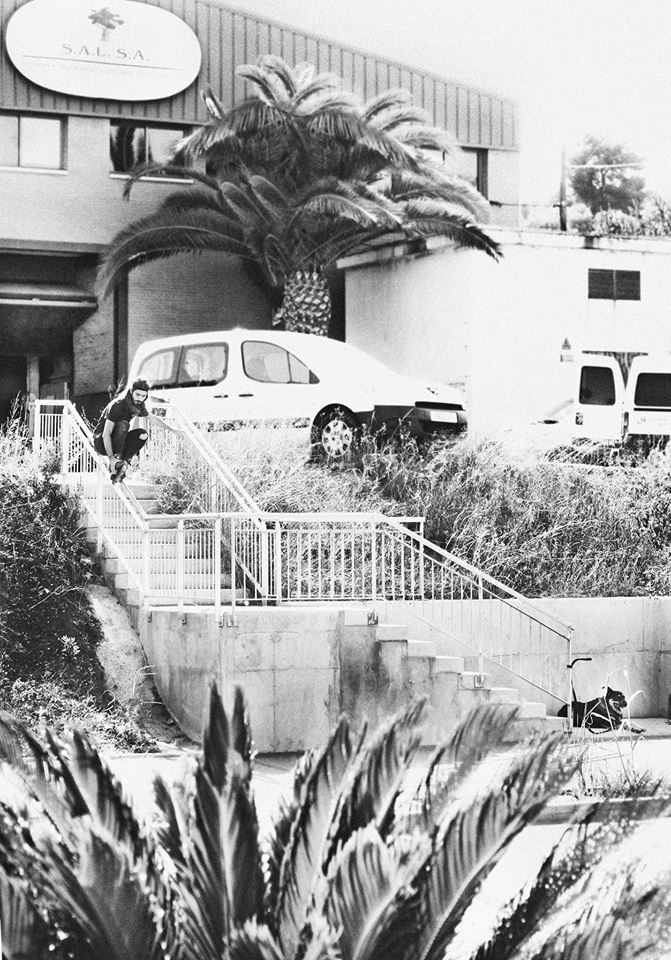 Hey Marc, thanks for doing this with us. Where are you right now and what did you do before answering my questions?
Hey what’s up, I’m in my room in Torre Baró and I just finished playing with my new little puppy, trying to teach him where to and where not to pee.

You are currently filming for your 666 deal, when did you start filming for it and is there a certain order for when everyone’s section drops, or is it more depending on who’s finished first?
Yeah, I started collecting things around March, when Kare was around and have been working on it since.
There was a certain order established from the beginning so everybody has a deadline for it, mine being October 6th.

Did you make a plan for how exactly you wanted to have the section done in the end?
Not exactly, though I wanted to have some revenge on some old spots and get as much as I could with the time I was given. I was dealing with a full time job in the beginning of filming and which had me stressed for a moment. It’s really difficult and frustrating for me planning something like this, I normally like the just freestyle and try to find new shit that hasn’t been skated before but when you don’t have all the time you’d like, you kind of have a plan things out not to lose your time. 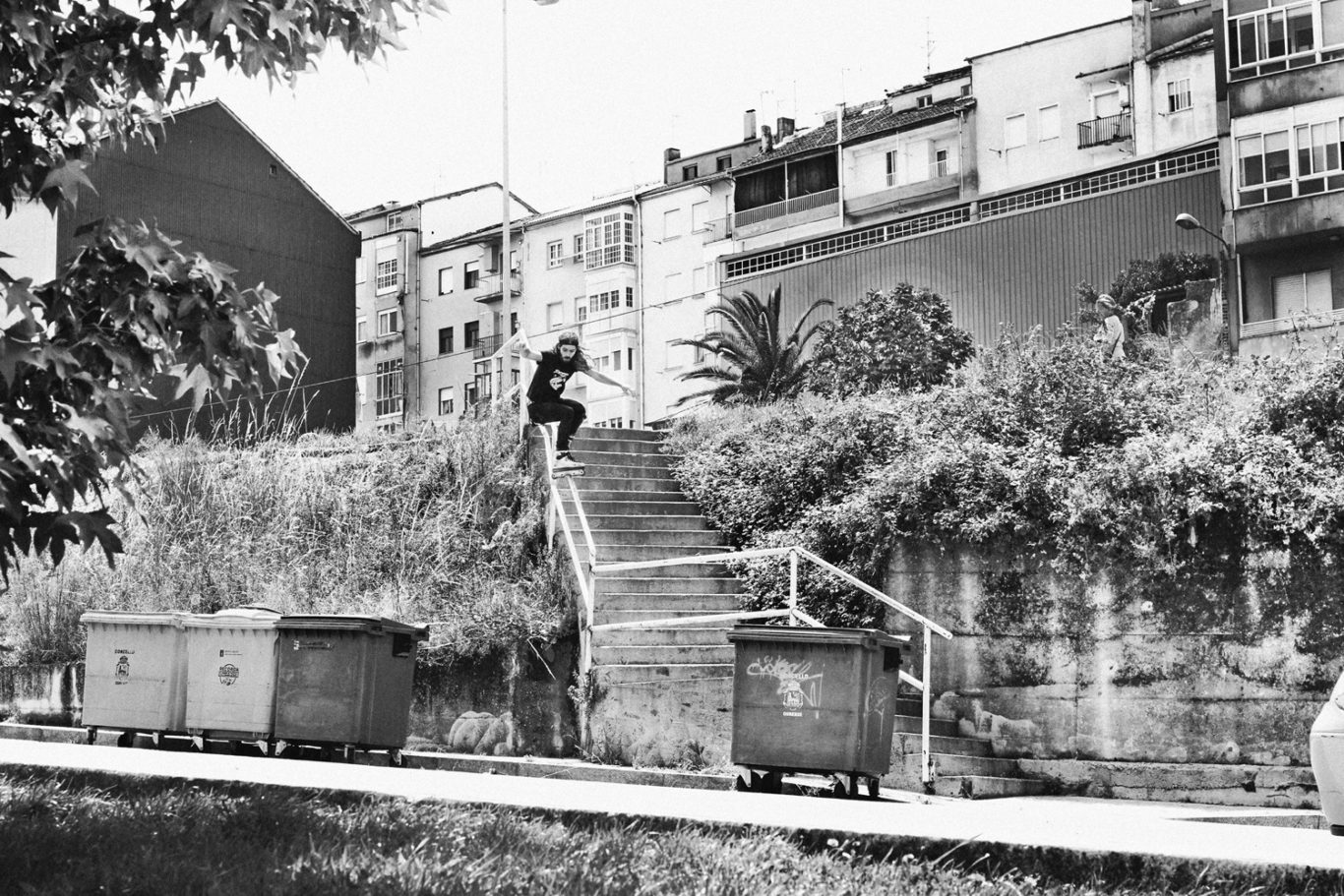 Did the other guy’s sections influence the look your section is going to have?
Well first section of the series was Shima… and that obviously pushed me to give it my all. He set the bar quite high… It’s been really inspiring watching everybody’s new stuff. Wish I could have shared some sessions; we all have skated together so we know when somebody is real juiced and focused on all this…

Could you please tell me some stories that happened during the filming?
I had a tour with the Balas this summer so plenty of shit happened. I’ve had to deal with getting shit from people, getting kicked out from places, spots being completely changed or gone… Luckily keeping the batteries charged though. There’s this one spot I remember from place in Galicia I have been wanting to do, that I already bitched out on once, seeing it again it looked nothing like I pictured it. It took me forever to jump to it and I just set my mind to it as soon as Dafick brought me up the boom box.

What was the hardest trick to get on camera and why?
That soul to drop from on the kink rail… I had been trying it for so long and a guy was already calling the police. It would have sucked not lacing it

Is there a trick you really wanted to film but for some reason it just didn’t work out?
Yeah, we went to this gap to bank while we were on tour, tried it the second or third day, ate shit, then went there again at the end of the tour and ate it again.

Who filmed most of the clips and is it harder for you to trust the filmer since you know how to operate a camera pretty good yourself?
I fortunately had some luck on the filming since all people around my daily sessions know how to film blading. But it’s true I get really angry with myself if I don’t get the trick as I pictured it in my head. I guess this is more of a personal problem rather than from the filmer. But yeah the people that helped me filming were Adriá Saa, Tony and Dafick. Special thanks to the homies.

What about the song selection? Did you select a song yourself and what made you pick that one?
Trying to get a tune for it has been a bitch. So many bands and record labels ignoring us and just not hitting back. Definitely the worst part of the whole thing. But luckily enough some friends from Barcelona are in a really sick band called Prisma Circus and are stoked to let me use their tunes. Its like a blues Physc band, you should check them out.

One would think that you hit every possible spot in Barcelona already. Is that the case, or is there still new stuff to be found? Do you still enjoy filming in Barcelona?
I hope not haha, it’s getting really hard to find new shit but I guess it’s a matter of expanding horizons. I’m not gonna lie, there’s a part of the year where you feel like there’s nothing else to hit but then suddenly you end up in the new sickest set up that open your eyes to new stuff.

What’s happening once its out? Any new projects in the making already?
As of right now focusing on finishing up the 666 and but after that I am going to continue to stack up footage and work on a video of my own. It has always been a dream to make my own video with the amount of rad bladers I encounter on a daily basis and I want to put a project together. Hopefully by next year something I will have something put together. Besides that, we have Bina coming tomorrow to stay in Barcelona for a little bit so will try and help him out with new footage and go from there.

Thanks for taking your time Marc. I´m looking forward to see that section.
Thank you Jojo for keeping it real. Dale duro.

Want more? Check out our Checking in with Marc Moreno from earlier that year.