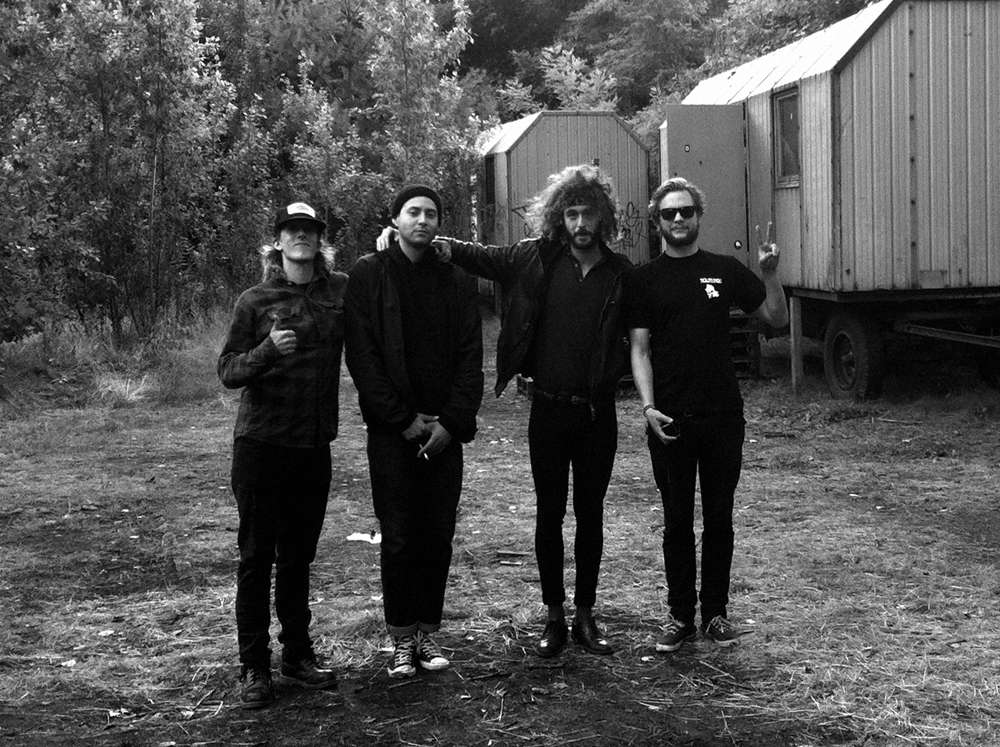 The Valo Europe team consists of Kare Lindberg, Olav Norheim, Patrick Ridder and Tony Cheetah. They are not only talented on their wheels but also a group of close friends that started travelling together and visit each other a few times per year. All of them living in different countries doesn’t makes it easy to be productive but nevertheless they decided to work on the first ever Valo Europe video. We talked to Tony Cheetah, who will be editing the whole thing,  and we wanted to find out more about the good times on the road and the video in general. 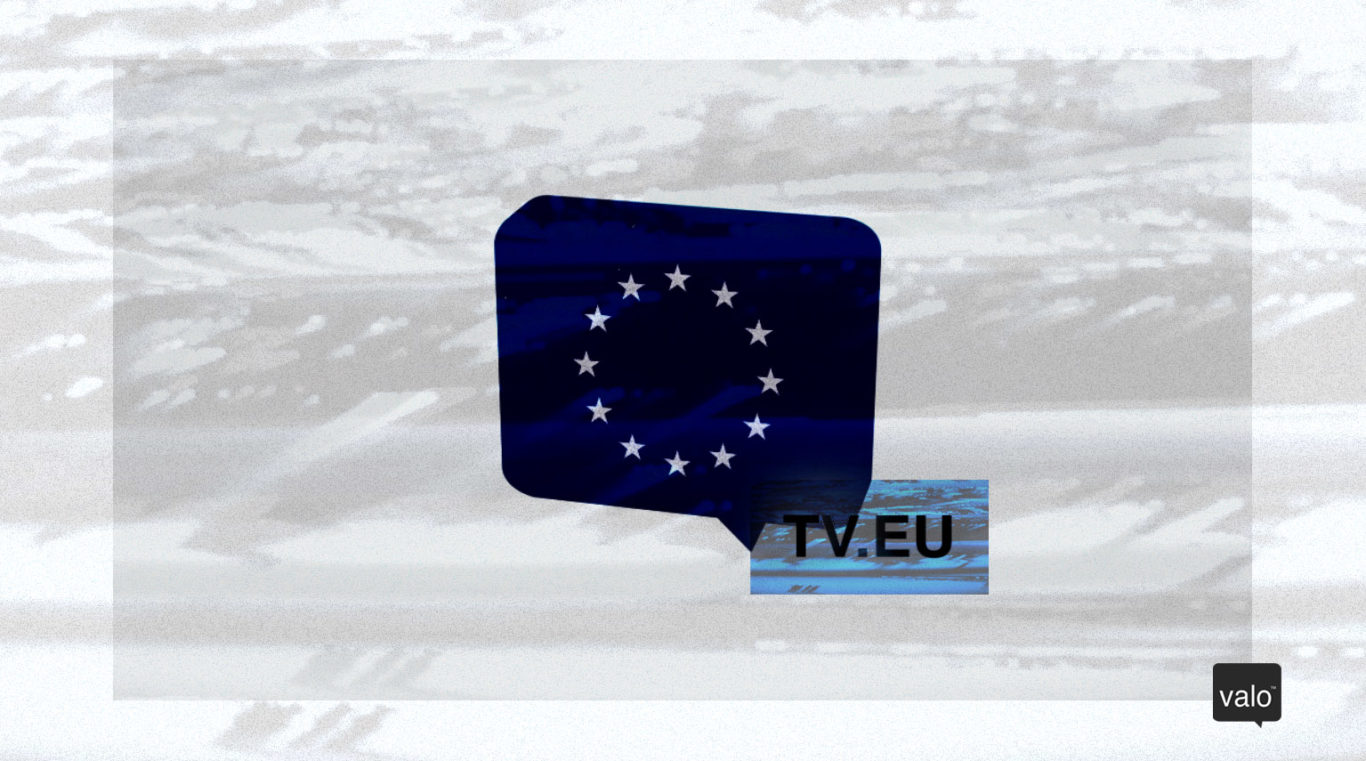 Hey Tony, thanks for doing this with us. Where are you right now and what did you do before answering my questions?
Right now I’m in my place in Barcelona. Just came back from a chill blade sesh around the city with my friends as usual. Trying to go back to the streets in a chill way. Haven’t stop skating since I got back from America last year, everything hurts and it’s crazy, but it’s been fun.

For those who don’t know who you are, please introduce yourself to our readers.
Hola, my name is Antonio Alvarez Cobo also known as “Cheetah” which is a fucking nickname I am condemned for the eternity. About to turn 26 in 45 minutes. Been blading since I was a little kid. I live in Barcelona, born and raised, I skate, film, travel, eat good food, play and listen to music and basically just want to have fun.

You are currently working on a Valo Europe Video. Please tell us when you started talking about that project and who will be involved.
The Valo Europe video is called TV.EU. It all started when Patrick Ridder, Kare Lindberg, Olav Norheim and myself met in Barcelona. First, we talked about doing a Monday Maneuver all together. Then we collected footage for an edit, then for a long edit and finally we said, “hey lets make a video!” It all started in February 2014. The video is going to be something different, based on the entertainment. You will need an open mind to appreciate it. There’s the main skaters which are Olav, Patrick, Kare and myself a lot of friends involved, there’s gonna be parts, but at the same time its all gonna be mixed. 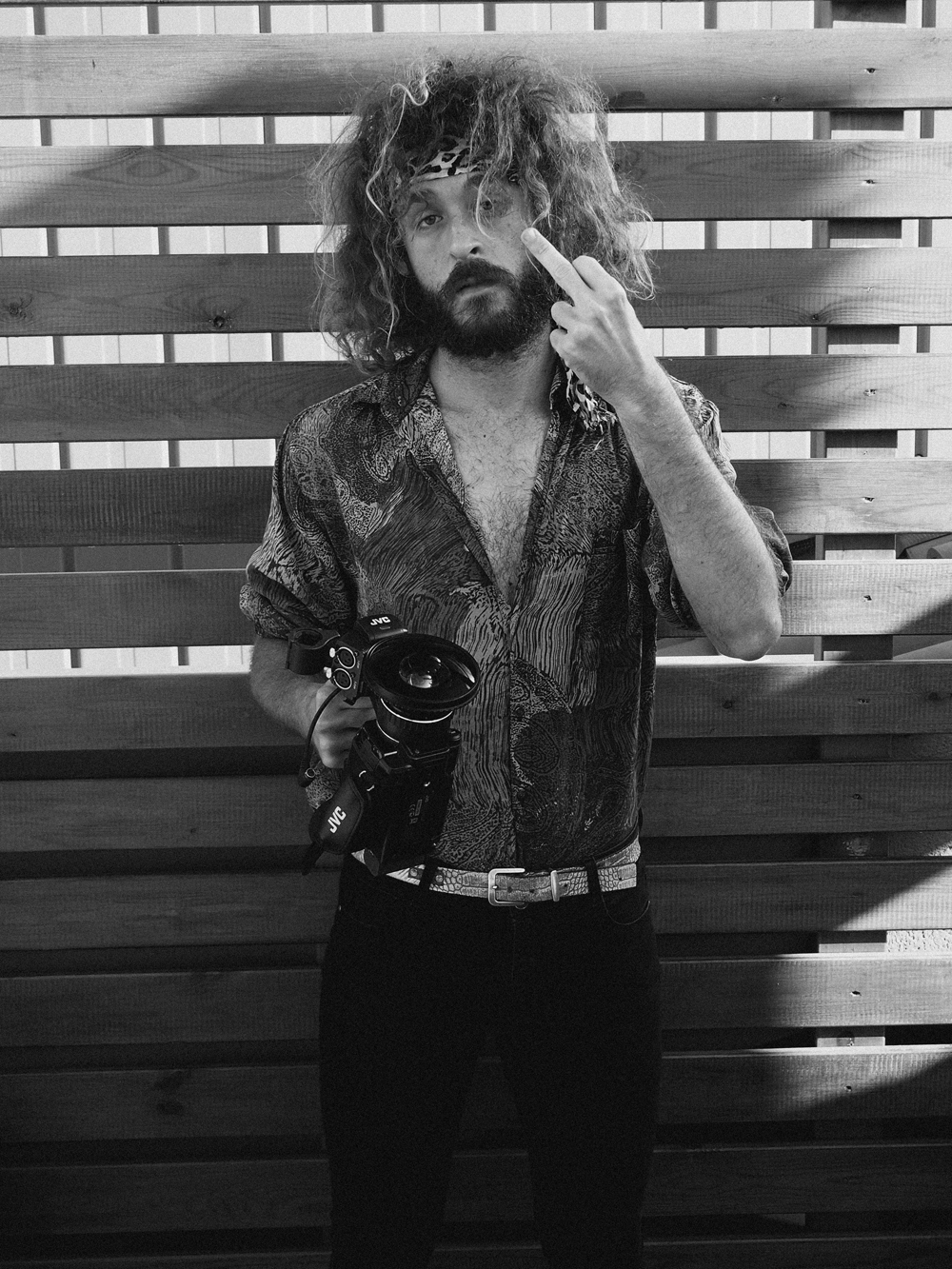 Since all of you are living in different countries, it seems to be difficult to collect footage. How did you manage that?
We are connected in many ways. We have the same vision on skating, so it’s easy to get shit done. The perception of what is cool and what is not cool is just the same. So it’s really easy, also we manage to get together and skate together no matter what. I went to Oslo to meet Kare and Olav this year, and then we met in Berlin. There is always a way to do stuff if you really want to, so we are moving our asses to be together. Also we are a family and we need to skate and hang together, it’s so much fun. And yeah, Dropbox.

Is everyone able to operate a camera, or is it all on you in the end?
Patrick has a camera, I have a camera, Olav and Kare get clips via close friends. We are on the 3CCD’s, buttery fisheye’s and a little bit of good DSLR filming. (No DSLR fisheye tho, real fisheye) I am very happy with that. Also my hermanos from here help me to get my shit. 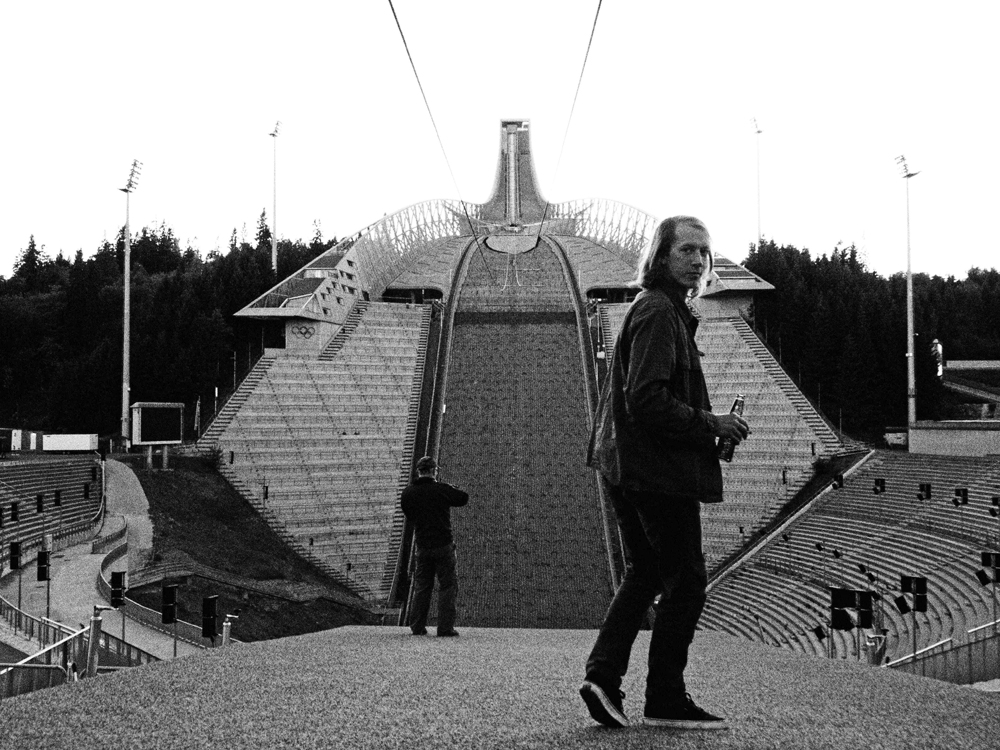 When and how did you guys decide that it would be you editing the whole thing?
I don’t know, it just came that way… I did the logo, had some ideas, everyone was down for me to chop it so…. I’m chopping it. It is a big responsibility but we do everything all together so we all decide stuff.

Is it your first video project and how did you get involved in filming / editing?
I’ve lways been interested in filming and editing. And yes it’s my first serious blading project, always wanted to do something “legit”. Learned to film properly thanks to my closest friends Marc and Adria. Been doing that since I was 16. So I think I am well trained. Also I always try to be around people that inspire me on what I do, I am lucky to be surrounded by people that really inspire me. If it wasn’t for them, who knows, maybe I’d be filming with a GoPro on a stick. 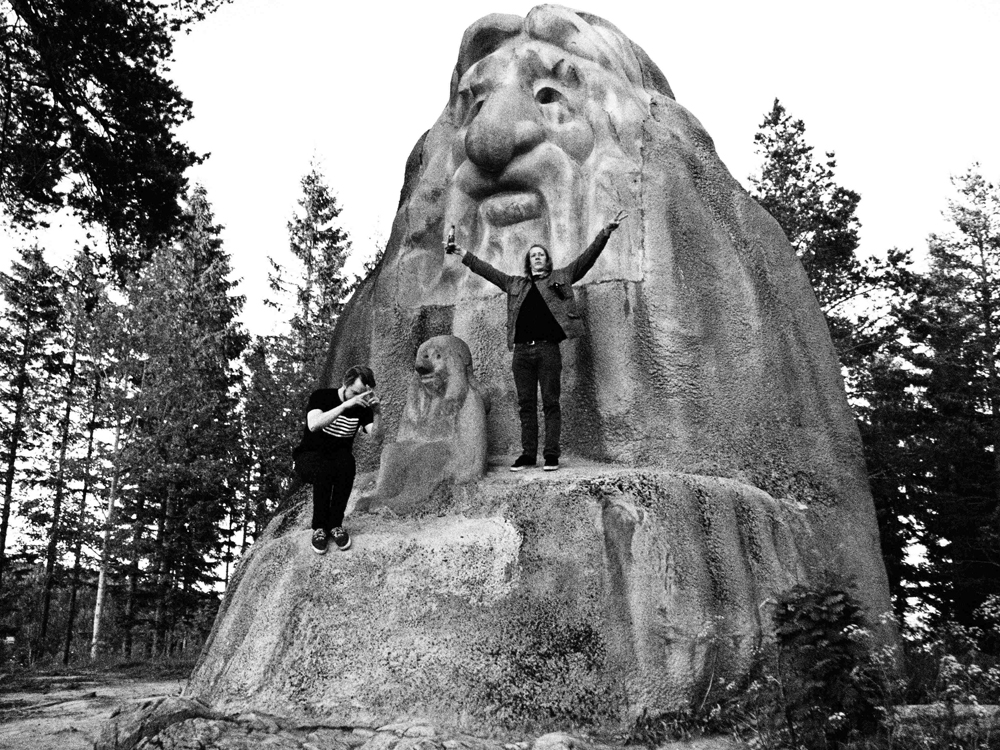 Please tell us your favorite moment with each of the guys.
There are too many memories with this guys. They are my brothers.
I remember being in Oslo with Kare and Olav biking around at night. I saw a beautiful dune in the ground and I decided to ride it with the bike, I am the worst at biking so you can imagine the rest. The next day biking with Kare around Oslo and waiting for Olav to get out of work, I decided bike between some tracks in the middle of the street. Couldn’t get out of the tracks and there was a train behind me slowing down because of me, it had to stop. Everyone inside the train was laughing and I felt like a retard.

In Berlin with Patrick we avoided the insane Berlin traffic parking the car and skating spot to spot through the cars. What we didn’t know is that Ivan Narez was running behind us and screaming our names but we couldn’t hear him and he didn’t join the sesh. These are the ones I can remember now… Barcelona was so much fun too… we got fucked up in Nevermind, the vikings took advantage of their currency. There are too many memories and more to come. 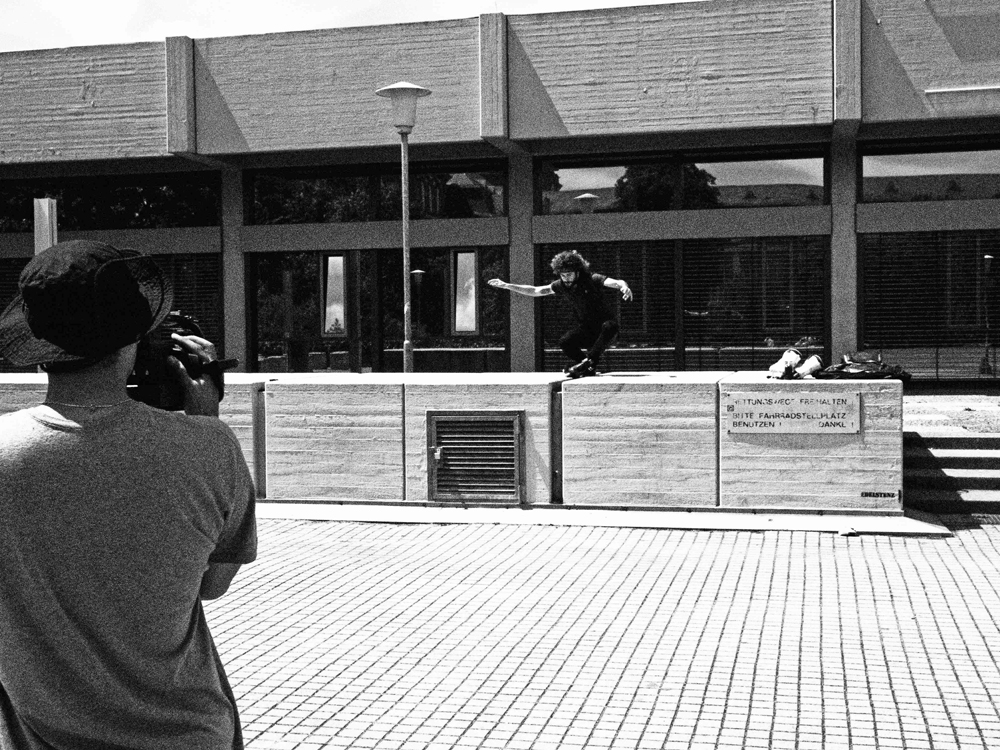 How long is the whole thing going to be in the end and when will it be released?
It’s gonna be around 30 minutes, or more, or less haha. Will see. It will be released when we feel it has to be out and its proper, but its gonna be soon.

Will it be VOD or for free?
First it was going to be free. But, the video took a different form and it gets better every time… so you will have to pay for it. Not really much. But we are putting a lot of effort and we want to do things in a near future so we need support. I think people need to get used to paying for videos. There is a lot of fun behind the making of a video but there is a lot of work (and sometimes stressful situations).

When something is free and its on the Internet people forget about it. This way you have a file or a physical copy that you watch over and over. 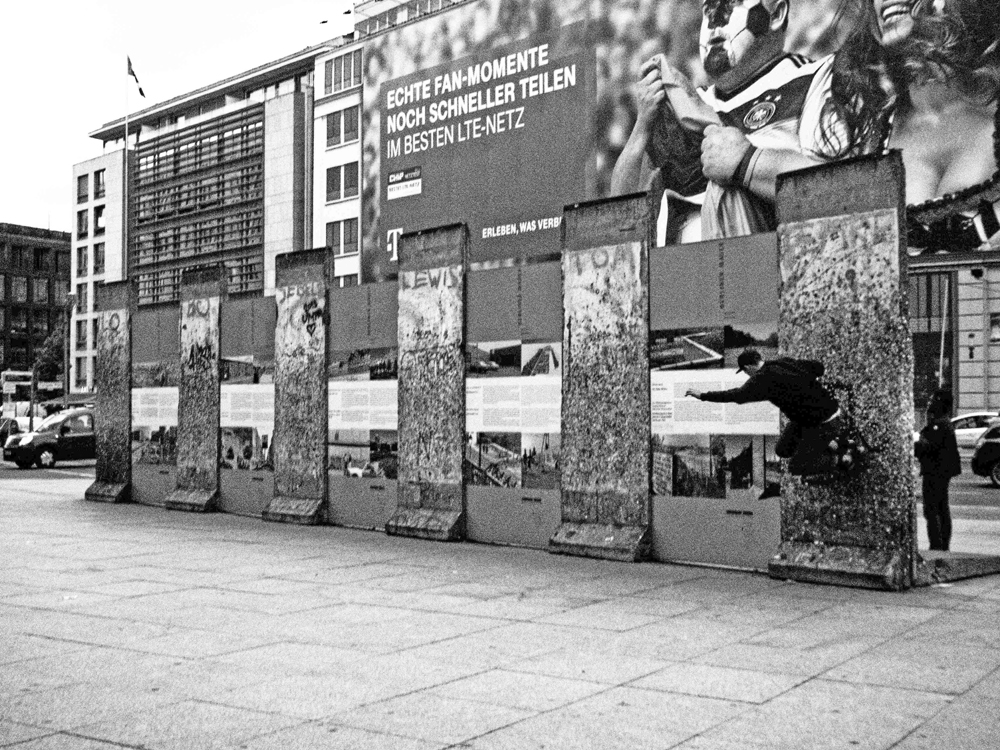 Do you already have plans for when the video will be out? What’s next for Tony Cheetah and Valo Europe?
Yes we already have plans but I’m not going to spoil it. What’s next for me? Meet Pat, Kare and Olav soon to get the final touches on the video. The Valo Europe team is finally defined and we are so happy about it that we all have a lot of positive energy and great ideas. It’s all possible thanks to Julio, who is the fucking man and helps us with everything we need.

Thanks for the quick check in Tony. Any last words?
First of all I want to say that we all are having fun with this project so the video will have a fun and friendly vibe. I don’t like pretentious stuff, I don’t like bad filming, and I like basic and good-looking skating. So that is going to be reflected on the video.

Second I want to thank you Jojo for your interest. Thank you Be-Mag for supporting me since forever. I have to say that this video is possible thanks to my family and the awesome skaters that are part of it and I can call my best friends. My brother, and my parents. My close friends since forever. Los Balas Perdidas, thanks for keeping me on the right path. All my friends that inspire me. Julio for supporting us and like I said being the man.

Everyone new I met during the year, that helped me somehow on my travels and showed me a good time. Yall in my heart.

Special thanks to Brandon Negrete for RTN and the Meantime, I learned a lot. Rest in peace amigo. 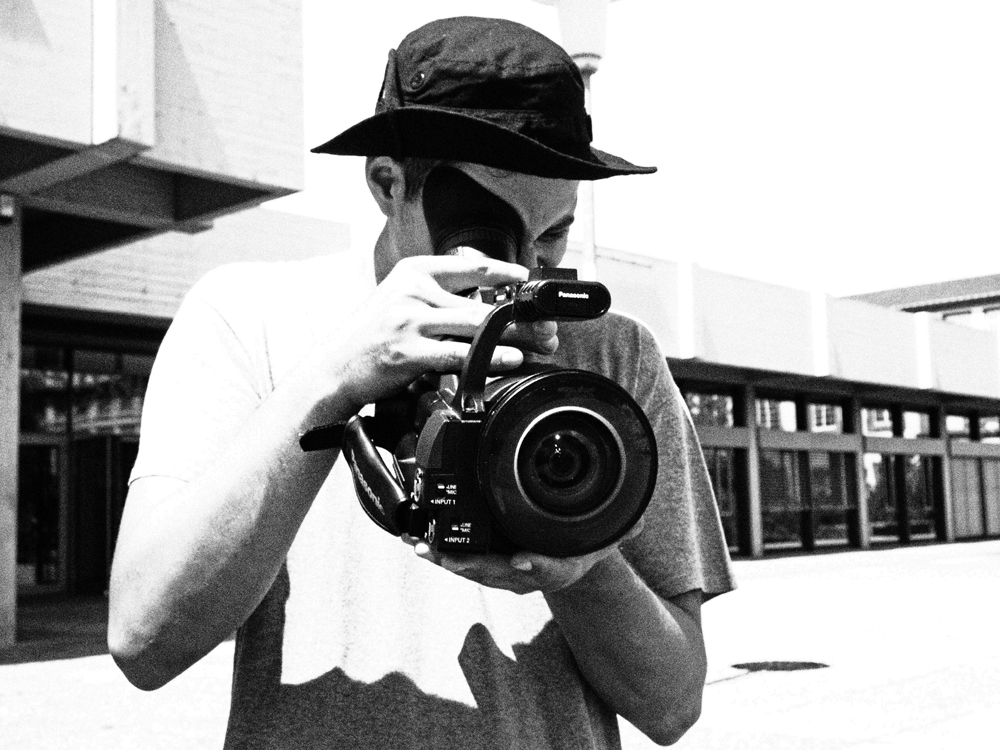