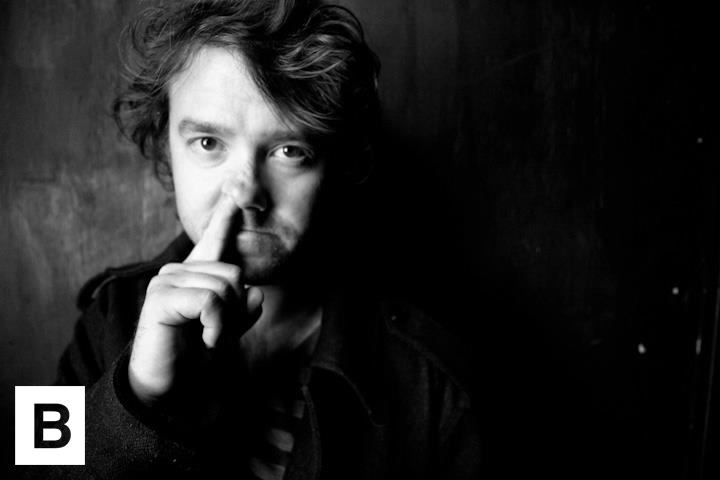 
Adam Johnson is without a doubt one of the most influential filmmakers in blading. He has already produced a stagering 17 videos and worked closely with almost every Pro in the industry. His selection of riders is always one step ahead of the trend, coincidentally most of them are his close friends. This is clear if you have ever watched one of Adams videos, a group of friends traveling the country, sharing great times and doing some next level blading! His new flick “Pariah” is no exception…
Hey Adam, in your last interview for ONE you said you’ve already done 17 videos over the years. What’s your motivation?  There must be more than only the intention to get your friends clips “on tape”?!
I just think I have a unique opportunity, considering the friends I am blessed with, to travel around and capture some awesome stuff and have a bunch of adventures with the buddies.  Basically the past 13 years of my life are on film!
Did you ever seriously consider stopping doing videos? If so when and why was that and why did you decide to continue?
I quit making videos every time after I finish.  It’s always “enough is enough, we’re going bankrupt on these things, every kid is talking shit, nobody cares…” I’ve been quitting every time since I released KFC 1.

Tell us with a few words why people should buy “Pariah”. What’s in it?
Some of your favorite rollerbladers, skating to great tunes, at a bunch of spots you probably have never seen, doing fucked up tricks.
What’s the most unexpected thing that happened while filming for it?
All the broken bones, I haven’t seen so many people get broken filming for their part as this.  It really hindered the project with all the injuries that were sustained.
How is the feedback you got so far?
All positive with the exception of 3 or so kids who were probably trolling anyways.

Are you pushing the guys in front of the camera to do better, harder, more stylish, whatever? Or are you just quiet behind your camera and let them do their thing?
I just do my own thing.  Sometimes I will see a spot while driving that they didn’t notice, or I’ll drop a pin for someone who wasn’t with us in the city whom I know could do something on the obstacle and bring that person back.  I’ve got a pretty good eye for sick skating and sometimes they ask my opinion, but for the most part I’m just the monkey pressing the red button and driving the party van.
You are living in a real apartment with your own bed again, right?
Yeah, remarkably, although in 21 days I’ve only sleep there once.  I need a bike.
After spending that much time in the van, how does it feel to settle down again and don’t you feel a little lost being “back in reality”?
I always feel really lost back to reality.  Not having to make sure 6-12 guys are happy with weed, beer, food, coffee, places to sleep, thrift stores, cliff jumping, and spots to skate is wild.  I can focus on myself and the brands which gives me giant piece of mind.  I can afford to have time to work a job to meet new people too, sooooo pumped on my job at this local restaurant.
What’s the plan now? Working on Vibralux and Street Artist? Or are you already planning your next movie?
No plans for another movie.  Just trying to get Vibralux and Street to where they deserve to be and create rock solid brands that people would be proud to rep!

What is your favorite film, blading or otherwise, and why?
Man Bites Dog, Rocky IV, The Doors, too many to name really.  I like Man Bites Dog because of the concept and the darkness of the film, it’s really clever how they shot and directed it.  I like Rocky IV because it makes me feel like getting off my ass.  I like The Doors because I am a huge Oliver Stone fan and love how the movie is shot, edited, and of course I have a soft spot in my heart for the Doors.
You always did “your thing” when it comes to filming and editing but everybody has their sources of inspiration. What’s yours? What inspires your filming / editing and also in your life in general?
Darren Arronofski, Beau Cottington,  Joe Navran,  and Dave Temple all shaped the early days.  Then mushrooms and whiskey and fucked up movies like Natural Born Killers and The Doors film really got to me.  Then traveling around, driving to California gave me lots of time to think while I drove about weird shit like narrative skate videos.  I just kept getting increasingly bored and like I said I want to quit after every video, that is until I have an idea.  Once I get that idea it eats away at me until I throw everything aside and fully embrace it.  The problem has always been that no matter how bad the idea, (the color scheme and fake personas in ego, zombie comatose, dark side of the moon narrative) I can never abandon the ideas.
As far as inspiration in life, my family, the crew I grew up with, my non skate friends, and my brothers I have formed in rollerblading keep me fired up enough to deal with all the bullshit that comes along with my line of work.  If it weren’t for them holding me up and pushing me forward it would be really hard to shine the light down the tunnel.
What camera and lens you prefer to work with?
In a perfect world I would have had the HVX with the death lens, but I got the HPX which doesn’t accommodate the bubble.  I am not a fan of DSLR.  Alex wouldn’t even film any fisheye clips for the video because he thinks it looks shitty, and sometimes it does.
When you’re about to go film for a day, what five essential items do you always need?
The crew, a road soda, my phone, my cameras, and wax with a rub brick.

You have worked with loads of talented bladers in the past. Is there a particular person that you have not worked with yet but would like too? If so, who and why?
Jon Fucking Julio.  Need I say more?
There must be countless hours of footage you didn’t use in the video. Tricks and random clips. Any chance people will get to see some of the stuff online somewhere?
I will filter down the extras into something cool in the next week or two and release it online.
What do you think about the fact that some people feel that placing high at major competitions automatically makes one “Pro” and better than others – even though they never even had a proper video section?
I could care less about people’s opinions of other skaters now. Haters going to hate. Put together a body of work that consists of the cover of every major magazine, 20 profiles, and countless signature items and then come and tell me you are pro.
Thanks for the interview Adam!
Check out more interesting Adam Johnson interviews on other websites:
Oneblademag: Talking Pariah with Adam Johnson
Be-Mag: Adam Johnson on CHARG!NG, Piracy and ‘The 20 Project’
Show some love and visit:
Vibralux Denim (youhatetoloveit.com)
Street Artist Wheels (starurethane.com)