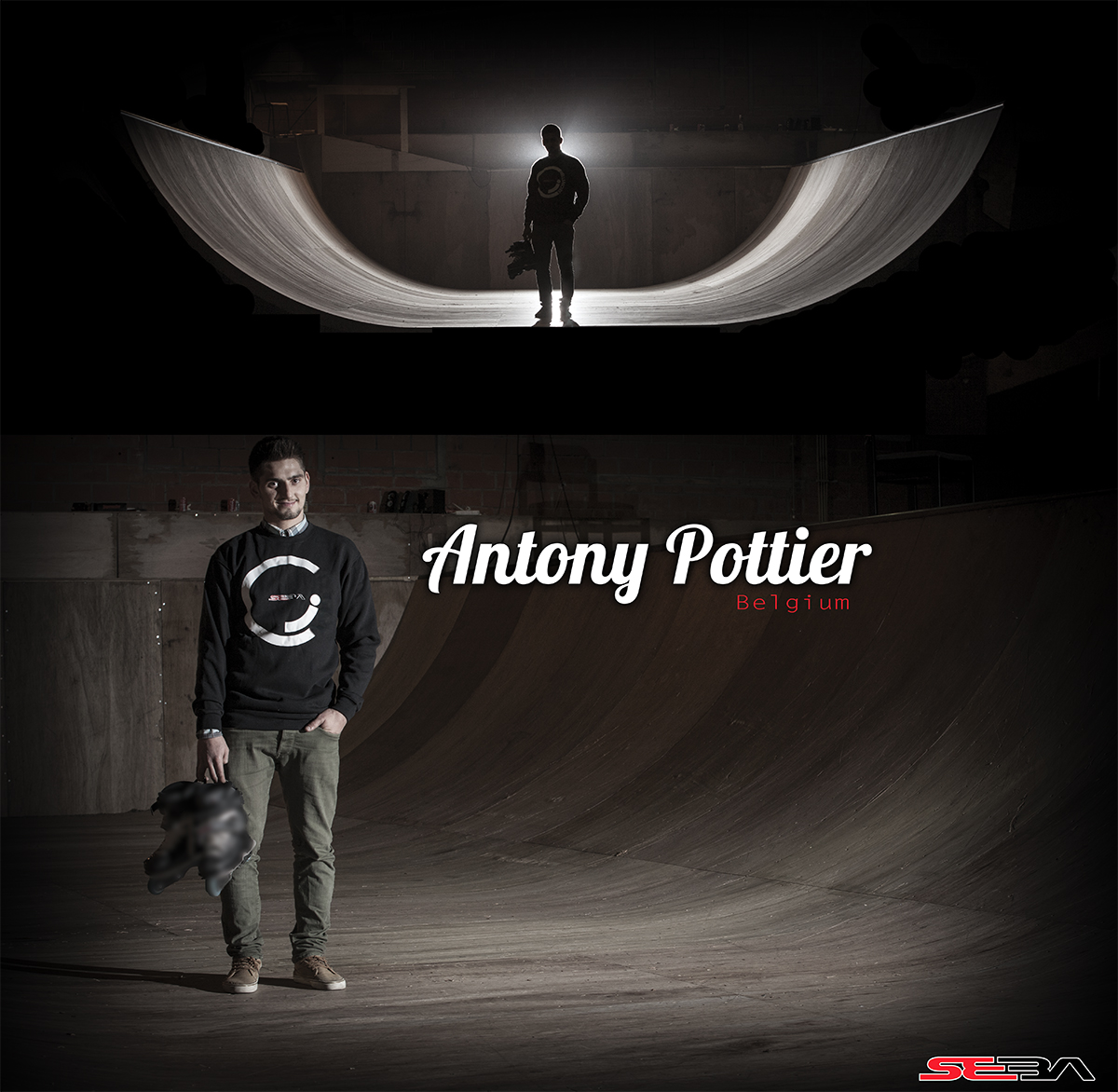 After going for CJ Wellsmore as their first time rider, SEBA is now announcing their second rider to the SEBA Street Team. We talked to Antony and SEBA to find out more!

So it seems like youre the new rider for Seba? Whats your status on the team? Amateur, Pro?
True, I’m really happy to be finally in the team alongside with Cj ! It was a long way, Pro or Amateur is not very important now since we are all together in the same team.

When did you start talking with Seba and did you try the skates already?
Long time ago already, something like 1 year ago I was really interested about what Anthony Finocchiaro did with Seba, when he joined them, being involved in the development of new products, and also working on a new competition format like WSX !
I’ve always been in good relationship with Seba, I came into the team naturally, but recently it became more serious when I tried the prototype, shared some sessions with Cj and Anthony ! After that, it was clear for me that I wanted to be part of the team at 100%.

How does it feel to be in the same team with CJ Wellsmore – in a team that is pretty exclusive and small so far?
I think Cj is a rider with a lot of potential and a huge level and I believe that I can learn a little more from him. I really think there will be a good feeling and that we will do great things together! About the team I think it’s just the beginning and i’m excited to see what will happen in the future, and who else will join us.

Is there going to be a welcome edit?
Yes one edit is planned, we will try to take time this month to do a good one!

Are you going to be on tour with Seba in 2013? Maybe anything big is planned already?
Of course, we already have plans for a tour, and we are talking about it, this year should be really really good !

When did you start thinking about a new team rider and how did you come up with Antony?
Long time ago ! I remember when I met him for the first time, we directly had a good feeling together. After few years we travelled a lot and became more and more friends and I have always been impressed by his skating. I always wanted to push his potential and to support him, so when the opportunity came, it was made naturally. It is the same story with few of my best friends like Pierre Lelievre and Kevin Quintin, those guys are always so positive and help a lot for the development of SEBA, we are really proud of them !

Were there other names flying around as well, or was it clear that Antony will be the next one?
Haha joker ! Yes for sure ! His name was on the top of our list !

How is the team construction now? CJ is a big name, Antony is a new, fresh rider. Is it only a PRO team or will there be an Amateur team as well?
As you can see, we are working on the team, but right now we don’t want to give a category to our team, pro/amateur doesn’t mean much for us, it is clear that Cj is the leader, he is a “heavy weight” on the international scene, but all of these guys are friends and it’s more than just a team !

After CJ‘s PRO skate is there a Antony Pro Skate coming?
It is too early to talk about that.. ! This guy has a great potential, we want to support him first and give him the opportunity to evolve his career, and we will see what happens next !

Whats planned for Seba in 2013? Tour? Video? More riders?
The first big thing, is to release the skates as soon as possible, fixing the last small details to be improved to have the best skate possible ; then we have more projects in our development, like travel overseas with the team, promote, and a lot of other good stuff ,but it is too early to say everything right now.