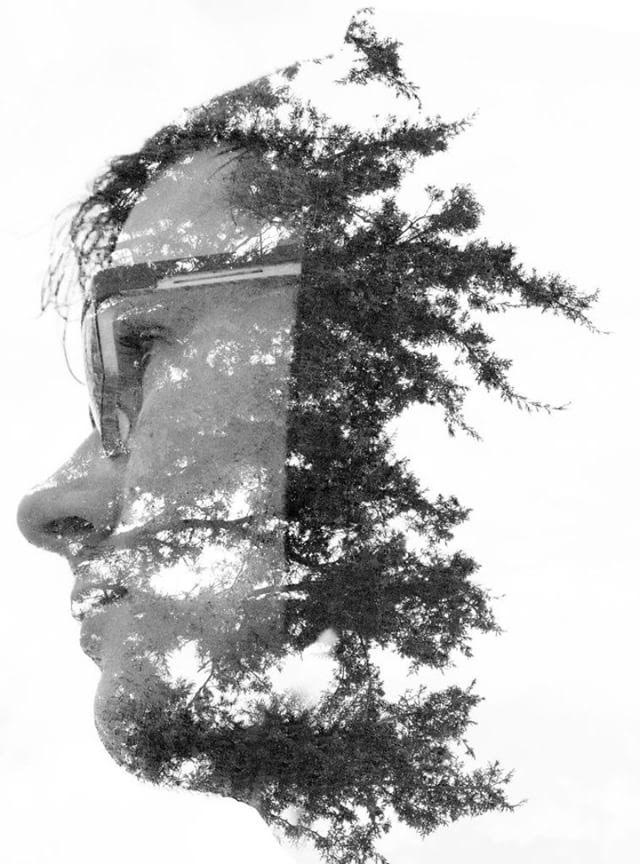 IN CONVERSATION WITH BRETT DASOVIC

IN CONVERSATION WITH BRETT DASOVIC

A CHAT WITH ONE OF MINNESOTA’S RISING SONS

In the early 2010’s, I swear I saw Brett Dasovic everywhere. His incredible low style and arsenal of tricks were a promising combination for an upcoming talent such as himself. But Dasovic took a step back it seems in recent years, claiming he “fell off the map” in 2013 due to burning himself out with his relentless hunger for skating and promoting his talents. We took some time to chat with Brett about his past, as well as what he’s been up to and what we can expect from him in 2018.

Hey man, so, let’s start off this interview with what you’ve been up to lately, what you’ve been doing for work, and what your plans are for the next few months with blading?
Alright, I work managing a small convenience store about a minute from my apartment here in West Saint Paul. I’ve recently been starting the process of also writing some television reviews for a website. The next few months will be continuing the Snow blading adventures around Minnesota with Chris and hopefully some other homies that we can talk into getting out on the streets with us

How’d you get into the TV reviews?
Well I use Twitter alot and it’s almost exclusively thoughts and observations related to tv and film. Blading for me never really had a huge presence on Twitter, so I started using it like a memobook of thoughts of scenes I found interesting or well done, thoughts on casting choices, and lines I thought ended up being funnier or better performed than they were given credit for. I’m pretty excited to try something more long form that is out of my wheel house.

So, aside from writing and a passion for TV and film, let’s look at your passion for blading. Obviously I’m gonna ask when and where you started, but was there something in particular that lead to blading?
I grew up playing hockey here in Minnesota. I was as big of a fan of playing as anyone, but I never felt like the team concept was a long term thing for me. I am a nice guy, I’m friendly but, I’m a lone wolf at heart. The one kid I was friends with, his name was Paul, he had soaps and would grind the benches in the locker room. I was fascinated and it led me to finding out about his blading. He showed me some clips of him and his friends skating the original third lair. I spent a few months skating old roces non-aggressive blades. I had hit my brothers old bmx ramp years before on the first pair of blades I ever had, so it felt like a natural transition. 6 months into it and I got myself a pair K2 backyard Bob’s and I went with my friend Paul to the old 3rd lair. From the first drop-in I knew I found something that I was going to do whatever It took to get good at!
I fell in love with the culture as a whole. I looked at the famous bladers in magazines the way that most of the kids I was around looked at standard sports hero’s. To me, Shima, Walt Austin, Jon Julio, the Esco Zoo guys, everyone at Daily Bread…these are the ones I believed to be truly larger than life. That admiration continues to this day, I’m honestly as big of a grom today as I was the day I began and that drew me in to blading the way nothing else ever has.

You have a very distinct low style, something i really appreciate. Where’d you pick up on developing your voice as a blader, was it from mostly the magazines or did you have local heroes to draw inspiration from?
Style for me actually wasn’t something I feel like I ever truly had to form. As far as how my tricks look, it can vary but it’s a steady look that I just think comes from progressing through the sport at a slower pace. So many bladers when I started were in a rush to do the big tricks, to learn all the moves and hit the biggest rails with the best switch ups. I had a background in hockey that made me feel very comfortable on my blades, and I didn’t even grind a handrail until I had 3 full years of blading under my belt. Longer before I did a topside. Early on I would have done anything to be able to look exactly like Iain McLeod, he was a big influence along with Cheshire on how I felt id like my skating to look but a stance like that isn’t hard when you’re my height!

For me it translated later from physical style to finding the spots that best portrayed the aspects of skating that I was good at. I found that was in finding the spots that most wouldn’t consider a spot at all. Stuff with awkward run ups, strange angles and rough elements. Those were the things that my style helped to elevate. I realized pretty quickly that growing up in a state with so many unbelievably gifted street skaters, I was going to have to branch out if I was going to make my own mark because It wasn’t going to happen by skating the same rails that Jeph and Chris absolutely destroyed so many years earlier!

Definitely can see that in your skating for sure. So for a little bit, you were sponsored, but now you’re doing your own thing. If you don’t mind me asking, take me through your progress with sponsorship, and if you’re cool with it, any sort of trials and tribulations you had with it.
Definitely. So I was sponsored by a variety of companies. I was proud to be one of those first classes of bladers that really made a halfway decent name for himself through his own self promotion online. Early on I was often told that stuff like that was for amateurs. Something I knew it was going to change as technology changed. I had my own belief of my worth and I never slowed myself when it came to promo. I loved putting out edits for my sponsors and I loved filming for videos. As my skating evolved and things changed, I found myself for the first time really without a way of doing so. Right now I live without a car, so in many ways my ability to skate real deal spots is at the mercy of bladers willing to come and pick me up.

In 2013 I fell off the map because I found myself burnt out. I loved blading but it had begun to be more about content than about loving what I was doing. I made a concerted effort over the next few years to skate for the love of it. I needed to prove to myself that I could just have fun, I needed to know that I didn’t have to make the fun about what new personal boundary I could push as it related to my skills. At the time before this, the Conference, who had been incredibly good to me, had made it clear that if I wanted product, I needed to make edits. Without anyone to film or a computer to edit, I was out of luck and that was just something I was going to have to be okay with. It turned out to be very good for me and my mental health. I’m back to my fighting weight as they might say now. I consider the lack of a car or the distance to normal spots the type of obstacles I have to overcome now when I’m out filming on my phone of all things….After the 89 dollars I just dropped on a single pair of frames I can’t say I don’t miss the whole sponsorship thing haha

Do you think you’ll ever pursue sponsorship again?
It certainly sounds like more and more of a good idea when you are out in the middle of winter trying to keep the boots and frames from cracking in the cold and bearings from seizing in the salt! I’m not truly against having sponsors, I certainly didn’t set out to make a statement like that. I just came back to the industry and content side of blading and didnt feel like I had a right to just ask for stuff without knowing if I would be able to earn it with solid enough promotion of the product! I suppose one could say that by using certain brands when you aren’t doing so as a rider, that’s the biggest endorsement you can give a brand!

So any goals for 2018? Think you’ll stay living in Minnesota or think you’ll venture elsewhere at some point?

For a lot of reasons Minnesota is always going to be home! As for 2018 I simply intend to keep finding ways to put out blading content without forgetting the rejuvenated feeling I’ve found for that aspect of blading. One of my best friends Chemi recently moved to Minnesota, quite close to my home in fact so that, I have a feeling is going to play a big part in allowing me to get out and skate with someone other than just myself! Chris and myself are continuing the winter skating adventures and no one is more dedicated to getting out and shredding whenever possible than him! All in all I have a great feeling about blading in 2018!!