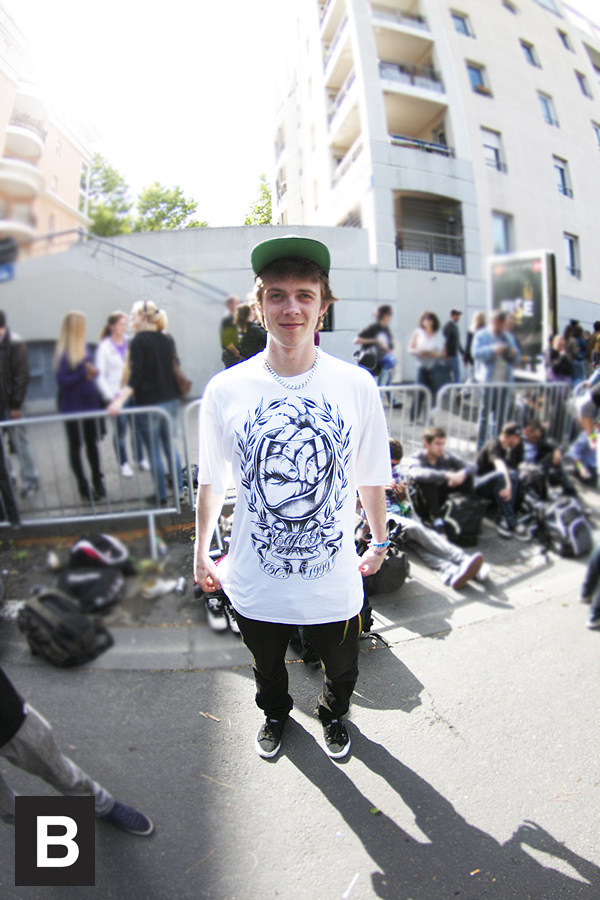 Alex Burston has taken the Blading scene by storm recently. The former USD rider was picked up by Razors after contract talks broke down with his former sponsors. Since then the Manchester born shredder has been flying all over the world competing and winning major competitions such as Laced and picking up medlas at the NL comp and the Asia XGames to name a few. With a high profile DVD section under his belt with Frame sponsors Ground Control and his own signature Pro Skate with Razors in skate shops world wide, it was time for us to catch up with the name on everyones lips, Alex Burston.

Blading since: I got my first pair of skates at 3, ive been going to skateparks since 1996

You spend most of the year living out of a suitcase flying from contest to contest, how are you finding life as an established Pro?
Life is gooood, but it can also be very hectic at times, but the good times take over the hecticness. I miss home a lot, but every time i get back, reality smacks me in the face! haha.

The 2011/12 competition circuit proved to be a successful one for you placing in the Asian XGames and also winning the Laced Series at Rampworx. Do you have you eye on any more competitions?
NASS is the next competition, cant wait for that, its always fun! i just go where ever really. Competitions actually scare me still, i have to pretend its not a competition otherwise i get butterflies and wobbly legs haha.

Your section in the Ground Control DVD received a lot of praise, what was it like filming for possibley one of the last major physical blading DVD releases?
Its was sickkkkkkk! So many good times wrapped into a DVD. Vegas, Cali, Barca, Moscow, i went all over and met so many good friends wich i now class as family. More sections will be out soon so keep your eyes out.

You recently got back from a European Tour with Razors, how was that?
Yeah it was cool, it wasnt pretty damn chilled to be honest, Horn does a good job maintaining everything, always on time. Got a couple photos with Felix and Dre did a little edit wich was cool. Plus i got 2nd at the NL competition which i was buzzing about. So it was a good trip yeah.

What was your favourite stop and why?
Its gotta be the last stop Strasberg, ive never been there and Mathias always said i need to go. Its a sick place! Everyone is cool, sick scene out there, nice weather and lovely ladys haha. Definitely a place i have to visit again.

So you went to FISE and this year saw the introduction of the new slope style course, what do you think about this kind of course?
The course was pretty fun, but not well built, some rails were wobbly and holes in ramps, but it was fun. That course really takes it out of you tho, i was getting tired so easy. Good times tho.

Recently you have had quite a bad shoulder injury, how did that come about and howls it heeling up?
Yeah that sucked! I think it came about becasue i havent been exercising my upper body as i was homeless for a few months i had no way to do it exept push ups and stuff. When you wake up on sofas every morning the last thing you want to do is push ups. But i have my own place again now so im back on it a little bit.

How does it feel to have the highest honour a Pro can receive, you very own Pro skate?
Yeah i would rather have a Pro skate than get nighted by the Queen haha, or whatever it is she does. Its feels great in other words. Im really happy about it. My life’s work right there!

How much of an influence did you have on the design process of the skate?
Not much, it was pretty much how it was when Andy showed it to me. It was just a coincidence that it was almost the same as the Nick Lomax skate, wich is why i didnt want to change anything. MANCHESTER REPRESENT! haha

We hear that you now own your own shop Evolve, can you tell us a little about it?
Yeah i just decided to invest the money i had into something positive instead of wasting it away as i usually would. I cant sell skates tho because UK Skate is so close, i can sell skate clothes and equipment but not skates. I sell a lot of local and unique brands, as well as skateboards and equipment, a few scooters as they make money, and spray paint. Next door my dad has an art gallery / studio wich is cool. Its going ok, we are getting a website sorted soon so hopefully it will start booming after that. EVOLVE up! haha

Whats the Blading scene like in Manchester?
It used to be bigger, its getting better again, all the younger lot are starting to get sick, the future is looking bright. A lot of the Manchester heads have moved to London now, or they dont skate as much. But the scene is still live and kicking.

You have visited many countries through blading, which of them has been your favourite so far and why?
Probably California was my favourite place, sun, amazing weather and siiiick in the face street spots, and parks, its all amazing! Barcelona is another favourite, its a joke how much there is to skate there!

It seems like a lot of people still seem unaware of your name outside of Europe, despite visiting America several times, winning major contests and having sections in major DVD releases. Why do you think it seems so hard to make a name in the US scene?
Eeeerm, i dont know why. I guess i just have to put more edits and stuff out for people to see. Maybe i havent done enough? I dont know.

With many companies refusing or ignoring the fact that young Pros like yourself are the future of our sport, how does it feel to be given the opportunity to showcase your talent to the main stream?
It feels good, i love putting new stuff out there, its hard sometimes due to not having the right media to get stuff done, but when things get done i love it. I like hearing the comments and the different opinions people have too. Some people get so frustrated it give me jokes!

Thanks for your time Alex and good luck at NASS!