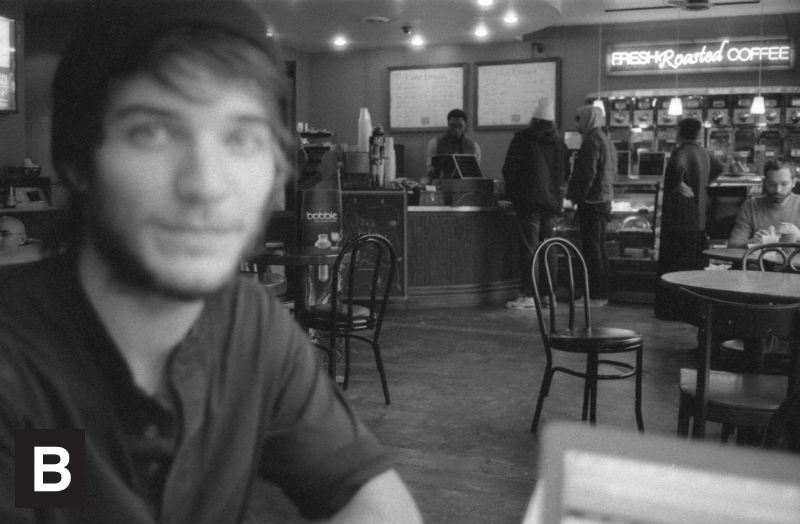 A few days ago a 1 minute long video of a guy from Atlanta caused a massive debate in the world of blading. Online media and Social Networks across the globe blew up per night. David Sizemore‘s entry to the W.R.S. Uploaded competition split the blading community in half. The people that appreciate detail and perfection and believe in a new, grown up way of blading and the side that prefer huge spots and crazy handrail switch-ups. After 10 hours of David‘s and Julien Cudot‘s video entries being online, they both had almost the exact same number of votes! People went crazy, Facebook’s news feed was flooded with people encouraging friends vote for their favorite edit. In the end, unfortunately David didn’t make it to the second round. This was extremely unlucky considering the insane complexity of tricks that David achieved in his entry. The whole edit is a perfect example of how beautiful blading can be. Right after the voting had finished, we sent Sizemore a few questions and spiced it up with a couple of Top 5‘s. Listen to the man himself.

David Sizemore… This is blading!

Hey David. Where are you right now and what did you do before you started answering this?
I’m at my place, just got off work. We were shooting an interview and getting Broll at the old Governor’s mansion in Milledgeville Georgia.

The past few days were crazy. Your „WRS Uploaded Edit“ is one of the best online videos in 2012 and still you lost in the fan voting (for doubtful reasons). People went nuts in the interwebz and the whole Euro vs. America debate came up again. How did you experience the whole thing? Whats your opinion on it?
To be honest I didn’t have much faith in winning, but but it didn’t really matter. I just wanted to make something rad. It was really amazing though to see how much support it received. People were making GIFs and Memes and poems… It was nuts. hahahah It was one of the best days in my life for sure. For everyone to feel so strongly about something I’d worked so hard on was really satisfying.

Did you plan on using those clips for „Uploaded“ or did you originally film for something else?
It was kind of the perfect storm man. I was fortunate enough to have been collecting footage for a while now. I didn’t really have anything for the footage to go to other than the 285 stuff I’ve been doing. I was thinking about that electrical box clip for about 10 months, and was actually planning on skating it when the rollerblade guys were in town, we just never made around to it. A friend showed me the album that dead song was off of about a year ago, and ever since I’d been wanting to use it. Once this contest came up, I felt this was the perfect time to put something together. Problem was, the edit had to be 60 sec, and I didn’t want to do an injustice to the song by cutting it short. We ended up using it anyways, but I think it worked out.

2012 is almost over now. What were your highlights this year and what sucked the most?
I really enjoyed being in NYC  filming with the strange guys for voodoo show. I’m big on pizza so that city is always a home away from home.
One downer was having to work 2 of the 3 days the Vibralux dudes were at my place while shooting for pariah.

Whats up for next year? Anything particular planned?
I’m heading out to Cali to see if life picks up for me there. I don’t really know what to expect along the way, but I’m excited for it.

Are you doing anything next to blading, or is thats what you’re doing full-time these days?
I do a lot of freelance work for a news station in Atlanta. This next year though, I intend on making blading my main priority.

Any chance to see you at the Winterclash?
Unfortunately, I probably won’t be able to make it.

Top 5 things about riding for Rollerblade
1. Tom Hyser
2. Lead me places I would have never been able to go
3. The tours are legit
4. Gave me rad ice skates
5. Paycheck

Top 5 worst things about Atlanta
1. Shuts down at 2am
2. Most of our skate scene lives far away from each other outside of the city
3. Convenient train system
4. Traffic
5. Parking

Top 5 things to do besides blading
1. Thrift
2. Listen to a sexy female read aloud
3. Trails
4. Blues
5. Win and drink

Top 5 things about Europe
1. History
2. Fresh Food
3. Traveling country to country is like traveling state to state
4. The Architecture
5. The Coffee

Top 5 things to worry about
1. Government spies
2. The X-files
3. Hawks in the sky
4. Creepy Crawlers
5. Blimps