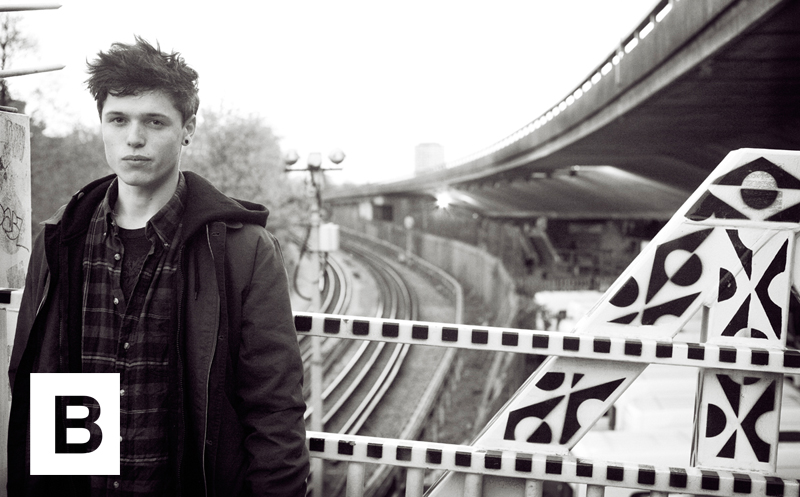 Elliot Stevens’ name has become synonymous with everything that you want blading to be. His skating is balanced and proportioned, he goes big, but isn’t a clown, has style but isn’t a robot and gets tech without tap dancing. In the past 5 years he has worked his way up from ‘That’ guy at the session to ‘The’ guy at the session. We caught up with the young Boltonian (By way of London) as he is about to embark on a trip to Russia, to hear about his party liaisons with A list celebs, the skate scene in Britain’s capital and his new boot sponsor.
– Al Morris
Full Name: Elliot James Stevens
Age: 22
Hometown: Bromley Cross, Bolton
Currently living in: Hackney, London
Blading since: I worked it out to be about 10 years this year, so since 2002
Sponsors: USD, Locoskates.com, Create Originals, Eulogy Wheels, King Crow bearings, Dirt Box Clothing
Setup: USD Richie Eisler Carbon Free, Create Originals frames, Eulogy wheels, King Crow bearings
You recently left Valo to skate for USD. How did that happen and what you’re looking forward to the most, now that you’re on USD?
Yeah man it wasn’t an easy decision to make, I was thinking about it for a while and the offer had been there but I kinda wanted to stick with Valo because I really enjoyed skating for them. However starting a new project for myself and travelling the world really appealed to me. I’m definitely looking forward to more skate trips, hanging with my good friends and the new edits Dom West has started putting together from the small tour we did from London to Brighton. So keep your eyes peeled for them!
You are flying to Russia this week. Where exactly are you going to, what for, and is it your first time?
All I know is we’re flying to Moscow and some sick guy called Boris is picking us up. Apparently there’s a skate comp going on whilst we’re there but we are going a few days early to film and skate some spots and hang out. Pretty excited to go, I’ve never been before. Lomax says it’s a crazy place.
There are loads of good, as well as loads of crazy stories about Russia. What are you expecting from that trip?
I guess, meeting new people, Russian lifestyle, skating hard every day, hangover days from too much vodka! (Russian lifestyle)
What (besides your blades) are you always taking with you on tour? Anything special?
I always take my decaf teabags as it’s hard enough finding a decent cup of tea when you’re away. Sudocrem for any cuts or grazes. Toothbrush because it’s not about waking up with dog-shit breath and realizing your toothbrush is at home. My iPad because it’s the best invention ever, music on the road or films, or games/ Internet when you’re sitting about waiting for lazy cunts to wake up.

I heard you’re making some money with modeling. Is that your main job and isn’t it a problem that you’re having scratches and bruises every once in a while? Don’t you have to make sure you always look fresh?
….haha Nah I do try looking after myself and I do get complaints sometimes about cut palms or shins/elbows but usually they can cover it up with make-up or just photoshop it out.
I have been trying to do it full time recently but it’s hard and there’s so much competition for jobs but I’m trying my best to stick it out. I’m hoping my big break will come and some brand or designer makes me sign a contract to be the face for them for the next ten years and make me some big money….or I win the euro millions in the meantime…I’m pretty optimistic but either would be nice.
I’ve been doing some really good work recently as I changed agencies to one of the best in London, they’re called Select and have some big names on their books like David Gandy, Agyness Deyn, Alexandra Burke and Mischa Barton.
So ye things are going well, just need to be patient and hopefully something big is around the corner.
You moved to London a while ago, right? How is the scene there? Seems like loads of bladers are living there right now?!
Ye man there’s a big scene here now. There’s obviously all the Capital Rollers that are still about. A few heads from Manchester and then the rest of the guys from Brighton or the south of England. I guess work wise it’s the best place to live for certain opportunities that you wouldn’t really get from living in smaller cities in England. I guess skate wise London is so big there’s so many different areas you can get off the tube, train or bus and find a new spot or an outdoor skatepark.
I’ve been filming a lot with Billy Doyle for his new video recently, and Grif Kerry for his video also.

How is the party scene? If people want to visit London, is there good stuff to do, or is everything closing down at 3 a.m.? Also, I remember Liverpool clubs got mostly dress codes (no caps, no sneakers). Same in London?
Ye the party scene is good but it’s different each time I go out. I go to fashion parties, which are usually free drinks but I guess you have to dress up a little to go to those kind of things. They finish pretty early which means you need to drink fast or they finish too late which means your wasted either way haha.
There usually pretty wild, like other night I was at my old agent’s 40th birthday party with people like my good friend Tom Penfound who’s a model for Burberry and Dudley O’shaughness the guy from the Rihanna video and that was a crazy one. Free drinks all night and you could take your own booze if you wanted. Obviously this concoction is what lead to me losing my keys and having to call a locksmith to come fit a new lock and let me into my own house.
Most places in London are pretty strict with dress codes especially if you go central London, usually some kind of guest list too but if you go East which is quite renowned as being one of the ‘cooler’ areas of London there’s places like Brick Lane, Shoreditch or Dalston which are a bit more relaxed and there’s a million bars and things going on there.
What’s your favorite city in the UK and why?
In London there’s definitely more going on in my life, more parties, cool people, more opportunities and it’s like a new chapter in my life.
Obviously Manchester makes me the happiest because it’s home and i have too many good memories from growing up such as – meeting all my good friends, skating, nights out, house parties, working in different jobs, moving houses, meeting new friends, meeting my girlfriend. So it’s a tough one but so far Manchester is in the lead.
In competitions you are often going all in. Meaning you never skate half-assed but always try something big. I’ve seen some nasty slams of you too. How do you deal with fear? Do you think about the risk before you’re doing something big, or are you just going for it? I mean… 540° truespin soul disaster on a rail for example…
I usually just break things down in my head of how I need to do things. I try not to take the risk into consideration otherwise your messing up your positive thinking.
Sometimes I am just going for it because my adrenalin is just crazy but I do think about it. Unfortunately I’ve had a few nasty tumbles in my time but that just happens, sometimes you wont fall for ages and have a a bad fall or some days you’ll take a few little falls, it good for your body to feel a bit of pain every once in a while. It toughens your mind and body for sure.
Check his 540 truespin disaster soul and more:

Any plans for the rest of 2012? Video section, interview, tours? Or you’re just going to see what happens?
Been trying to wrap up my section for Grifs video, Film a section with Billy, Film some more with Cavin Brinkman, Put a nice little online video part For USD. Hopefully some more tours around England/ Europe. I guess just see what happens.