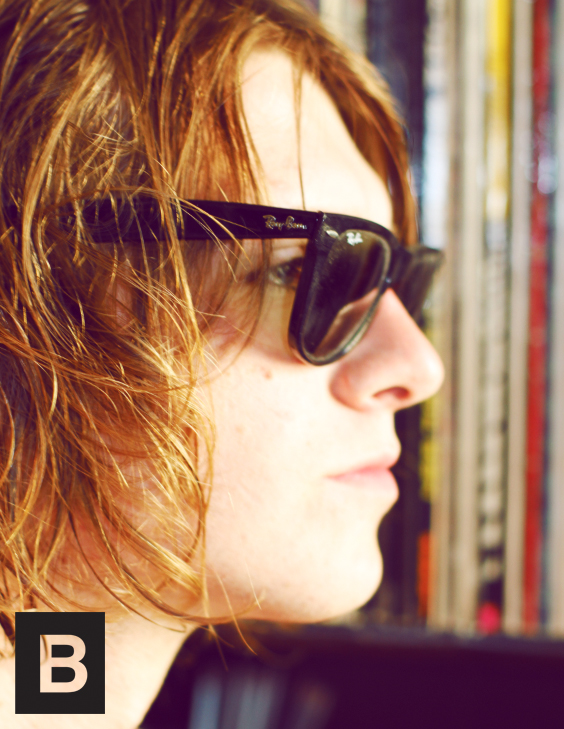 Gabriel Hyden is one of those guys you always wish you had seen some more footage of.
Every time an edit of him ends it’s a bummer and you instantly start looking around for more videos of him. His unique style and his feeling for the right trick at every spot make his blading absolutely enjoyable to watch and these are the reason for a respectable list of sponsors.


Full Name: Gabriel Hyden
Age: 22
Hometown: Mils
Currently living in: Vienna
Blading since: 1995
Sponsors: Shima, Create Originals, Chimera, Black Jack, The Hive
Setup: Moreno´s, Black Creates, My Wheel
Hey Gabriel, are you living in Vienna, Austria right now? Or did you move back home?
Yea still living there and I´m loving this city, shit is poppin up everywhere, art, music, and we got a great scene coming up.
You started your own company last year. Can you tell us a little bit more about it?
I didn’t really know what I would want to work and since I started directing music videos 3 years ago already I decided to found my own company. It’s great to be your own boss, I got lots of time to skate and make art in between, I even got to work with our good old Photo boss Philip Forstner again.
How is it going so far? Can you make a living from it?
It’s going quite well, I could make way more out of it but like I said I just want to be able to pay my rent right now and enjoy the life of a free 22 year old man right now.

You also played in a band and afterwards recorded a solo album, is that correct? What’s up with that? Are you still making music and do you think it will turn into something bigger?
We had this Rocknroll Band called the Abroad Alley, we made a record before we split but never released it. After that I had way too many ideas so I thought I’ll go on making music by myself and it turned out to be 2 solo albums that I recorded all by myself. It’s hard to get somewhere making music, but it’s fun. After 2 years break the drummer and the guitarist of the first band are down to make a new project now, gonna be a tripper for sure.
Do you think you could compare making music to blading? Or is that something totally different?
Well in some ways you can, you can learn from the rhythm of music and built it into your skating. For my Create Originals Introduction Edit, I skated to just that song I had all the time to get the feeling how the skating could be in the edit.

Let’s talk about blading. You were hurt for a long time. Since when you are able to roll again and what exactly happened when you got hurt?
It’s been quite some time now, I hurt my heel real bad filming for the Ground Control Video and then again last year in England, after that I had to take a long recovery cause injuries like that won’t just go away so quickly. It healed up quite well now though and I can skate proper again.
It seems like injuries are playing a major role in your blading career. Did you start taking care of your body a bit more nowadays?
I actually treat my body way worse now than I did back then but I really want to change that. At least I stretch now before I go skating.
You just got announced as one of the International CO riders. You list of sponsors looks pretty impressive now and it seems a bit like every company fits the other. Are you happy so far?
I´m really stoked that everyone is still so interested in my skating. Everything’s in a good karma and the whole team from every sponsor is just plain perfect for me. Got the best solid skates, fastest frames, long lasting wheels, sick clothes. It feels good to have proper stuff under your feet, that’s a main criteria for me for sure.


You had a small clothing company some years ago. Do you want to tell us about it?
Haha yeah that was way back then, I was about 11 years old and super juiced doing shit with skating, so I started a clothing comp called NIX, we made my mom sew labels on some cheap ass sweatpants and shirts, pretty gangster huh?
Could you imagine getting more involved again and start something on you own in blading?
I´m thinking about something like this once in a while, it would be cool to be involved in something. I don’t really know what rollerblading needs besides a little coolness and you just can’t buy that haha.
But organizing sessions for little kids could be something, Fridolin Eeelbo made one the other day and it turned out really sick.
Is Fridolin Eelbow still skating?
I´ve been skating a lot with Frido since I’m in Vienna, and I tell you, the dude is so juiced and is killing it big time, just wait for a big comeback edit later this year, we are filming right now.
Is it right that you never went to America to film? Or are we misinformed?
Nope, never went to the US, still California dreaming.

How is the scene in Austria anyways?
Ah kinda small and almost dead I’d say, there’s like a 30 people who are really involved with skating and what’s going on, but it’s still chill.
Any plans for 2012? Where can we expect you to see and are you maybe filming for something specific?
Right now I’m filming for the Shima Video, don’t know when it’s gonna come out though. I will travel all over Europe with a couple of friends, trying to create some free adventure for my own and skate some rad spots.
Thanks Gabriel! See u at Roskilde!
Thanks Jojo, can’t wait for Roskilde.