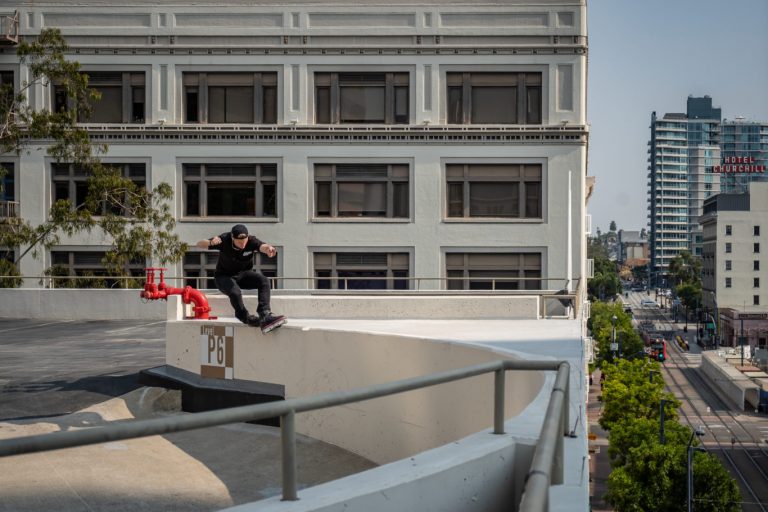 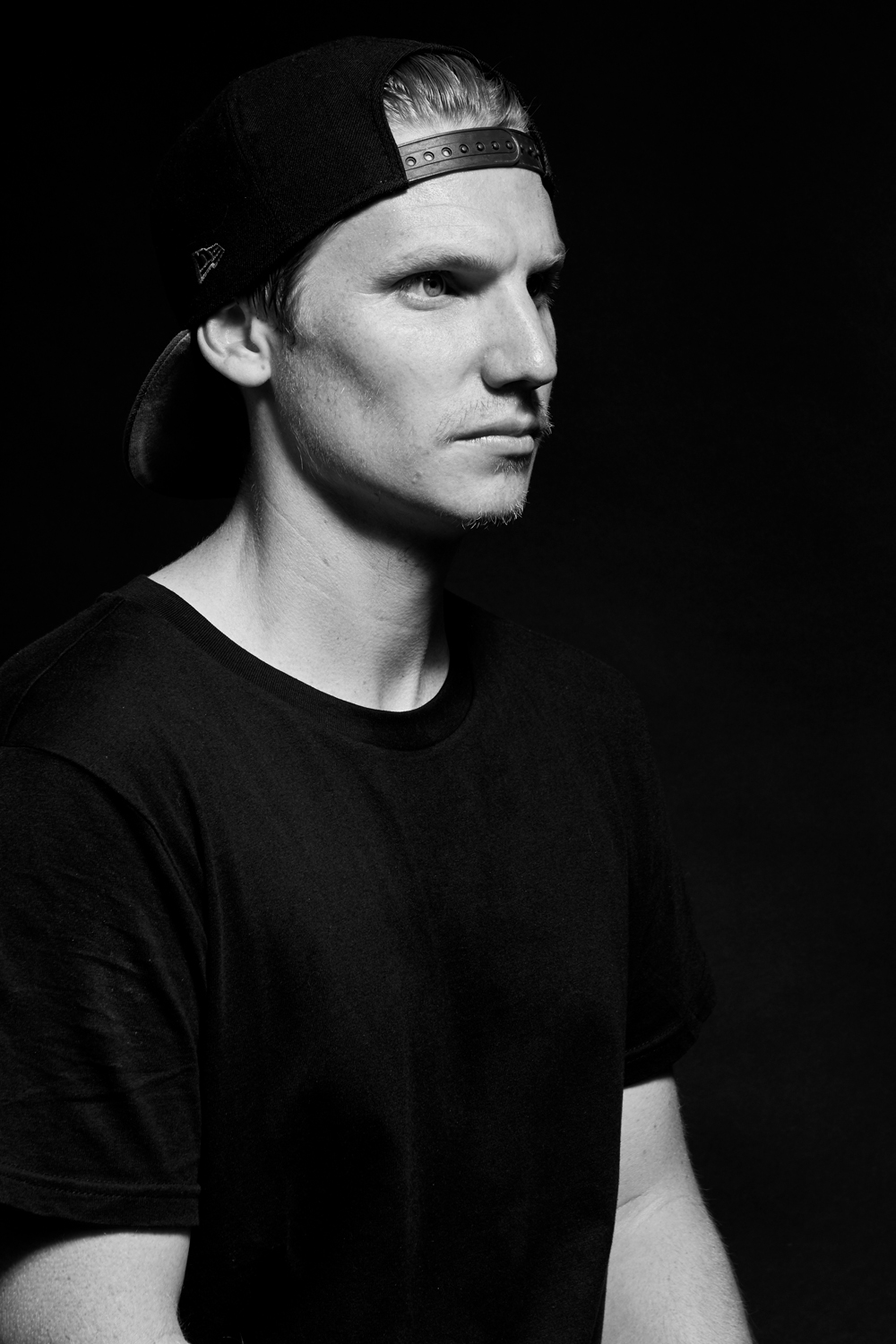 Introduction and Interview by Ryan Loewy

I’ve known Jon Fromm for over a decade. We met back at Woodward in 2006. Although it’s been over a decade ago now, when I met Jon, he had a skillset and a precision in his skating, and since that point, he has only furthered it over time. Back in July we sat down to chat, see where he’s at in life and review his year…

I guess let’s start this off with what you are doing currently…where are you living, what are you doing for work, and where does skating stand for you in your current life?

I’m currently living in San Diego, CA, working as a sales engineer for a large electronic manufacturing company. Skating is everything right now. Trying to manage being a pro and working is always a tough task, but very rewarding. 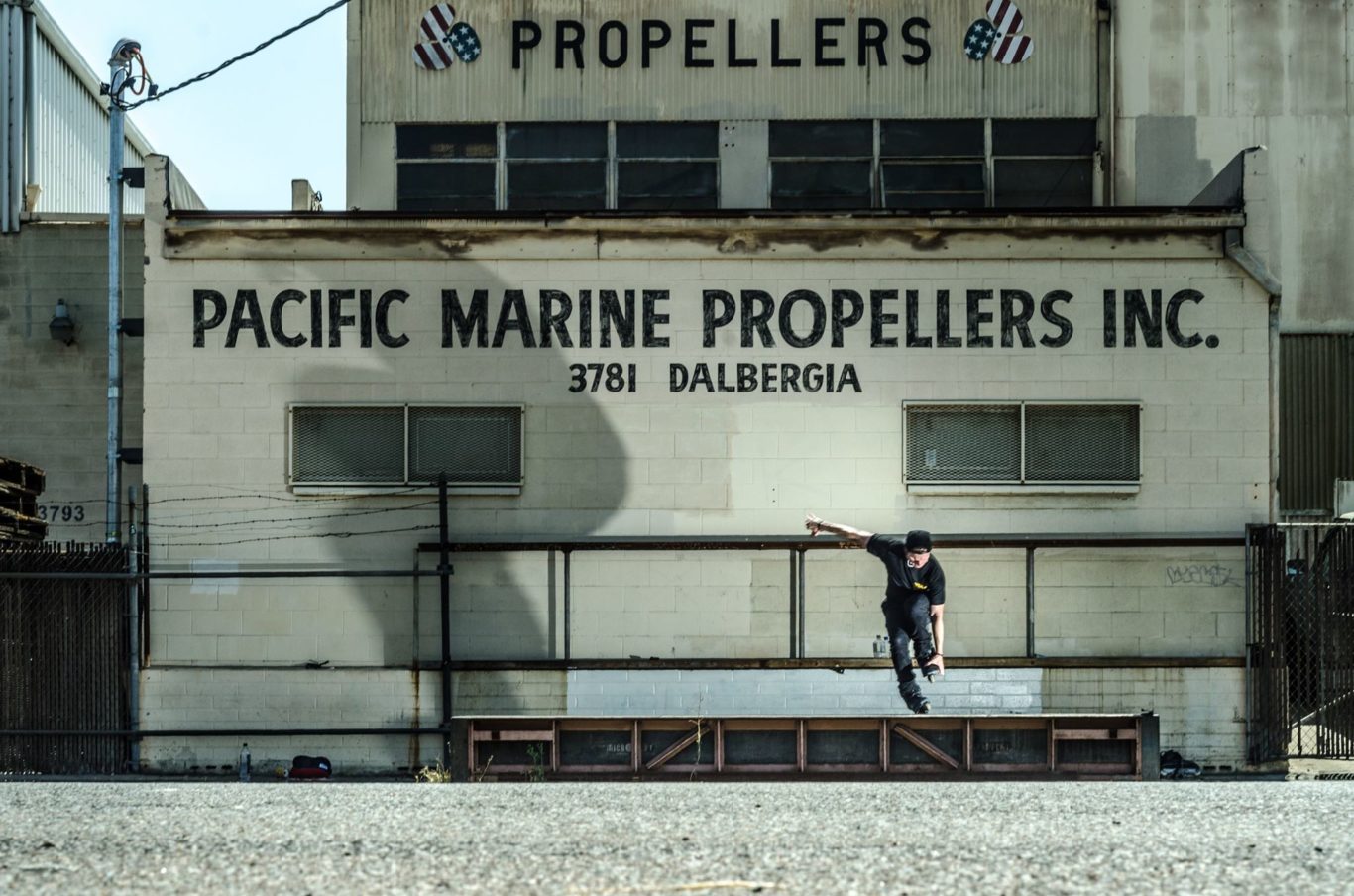 Definitely. Curious to know, does your workflow with your career influence your skating in any way? Or vice versa?

In a way it definitely does. In the past I wouldn’t really plan out filming sessions or working on a section. However, it’s changed in the past few years. My work life has definitely influenced me to plan out projects and create ideas before I even put my skates on. It’s a good way for me to be productive while also maintaining my schedule.

So, let’s talk about your schedule. How did you balance work life and producing your latest VOD? Did you have any specific goals in mind for this section?

Basically Brandon wanted me to be a part of his video from the start. I was down with everything but unfortunately I moved away from Atlanta when he started so this proved a challenge. So we decided to work out a filming schedule. We did one trip where I came to ATL and one where he came to California. After that we needed some finishing touches so we worked out a deal where his brother came out to wrap up filming. It’s ironic because the last clips I got, including the ended were filmed during a Work conference in Atlanta. I flew myself in early before the conference and was able to get all the filming done haha.

My main goal was to showcase Brandon’s filming and editing talent while also putting my best foot forward. 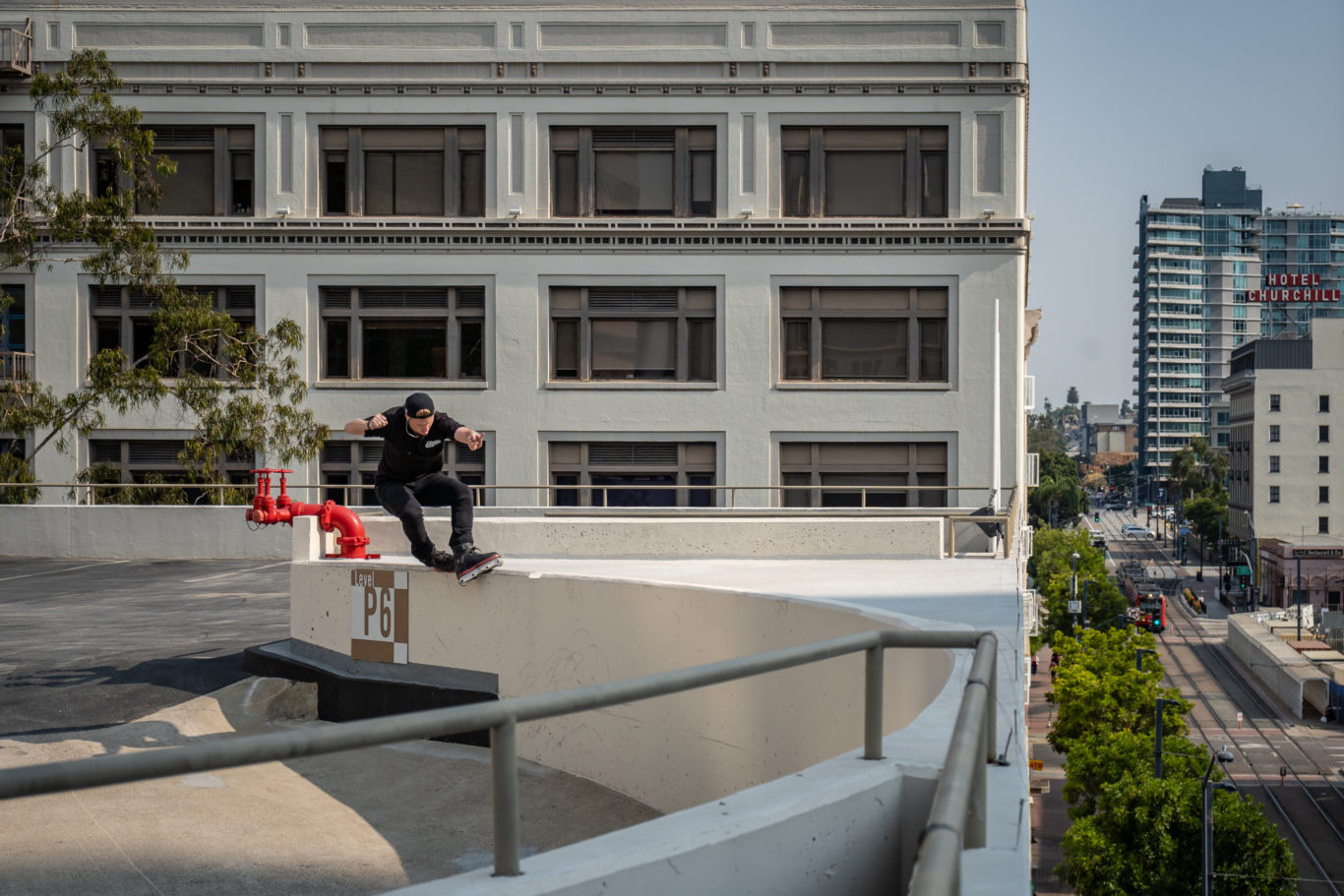 Brandon Andersen. Sorry about that. He did my Razors pro introduction edit as well.

Got you. So how long did it take really for this to be shot and chopped?

So you’re working with Russel, which is great. Heard in addition to being pro with Adapt, he’s mega pro on finding Killer spots. What kind of terrain are you hitting? I’ve seen those Cali banks, man those are fucking wild.

Yeah, we actually found this crazy DIY ditch spot last week. We had to crawl through a half mile long tunnel to find it. Russell found it randomly because he had friends who were doing raves in the sewers and they pointed it out to him. It was so crazy. Yeah me and Russ like to skate a lot of the same stuff. We are both heavy rail and ledge skaters, but one thing I love about Russ is he likes to get me outside my comfort. He calls them “non-Fromm’s”. It sometimes takes me a while to get to that, but when it does, it’s great. I think the same goes when I’m filming him. I try to get him to think a bit differently. So when filming we went to a lot of random things, banks, weird rails in downtown, and just good looking spots that are aesthetically pleasing. 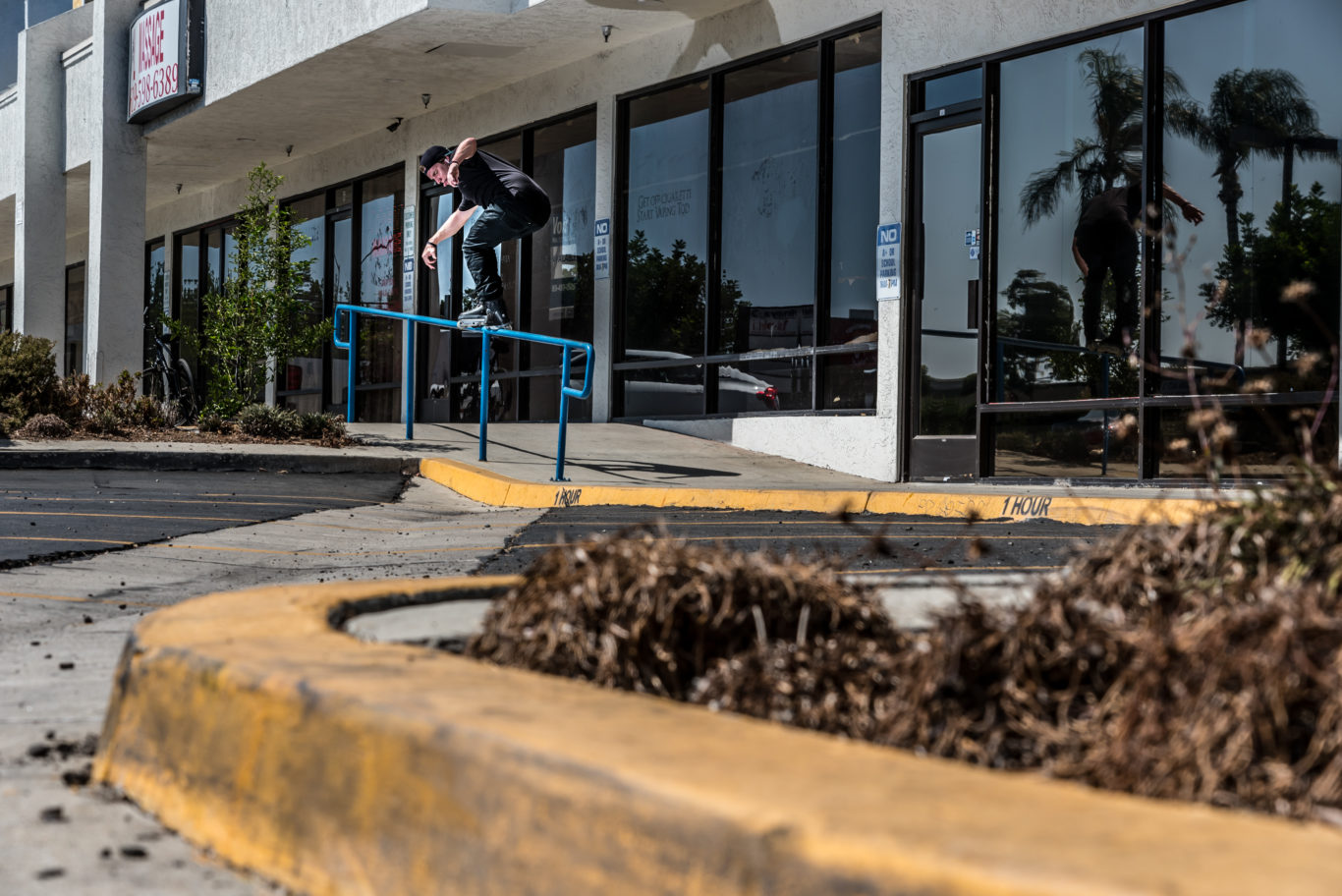 That’s always great. I think it’s key to skate with others or work with others that might not necessarily approach the craft the same as you. Which is great, because as you said, it yields the opportunity for your growth. So that said, do you see a change in your skating now as opposed to when you arrived in California? And how long are you there now?

Yeah definitely has changed. I’m focusing more on how things look now more than ever. I still in the back of my head am always trying to up myself, but the look and feel of the trick is now equally as important. I think that really starts to show in skating as we grow older. I’m not saying we Skate less hard, but we find ourselves re doing tricks more to get that perfect look. I’m approaching being in California for 3 years now. Can’t believe it. Time flies!

I couldn’t agree more. I wasn’t ever good at skating and have recently rediscovered my passion. I went to the park the other day and was just doing airs, and honing them. And my skating never looked good. And like, i filmed a clip, and it actually looked good! And i was like, “wow! I can be good at this!” Haha! But yeah man, it’s crazy how time just passes so quickly. So with time in mind, what’s on your plate for the rest of 2018? Do you think you’ll be in Cali for a while?

So rest of 2018 will be interesting. Like I said finishing up this part with Russ, and then also working on a year and half Long project with Brandon Andersen. That should be out spring of 2019. Also doing a little vacation to Bali with my Lady in December. Also, I have a 10 day journey to Hong Kong with 10 bladers. I’ll have more details soon, but we got a crazy crew and an idea that we’re really stoked on! In terms of Cali. It has become home. I love living here, and I can’t be more grateful for how things have turned out. Definitely would like to stay here for a while! Haha. 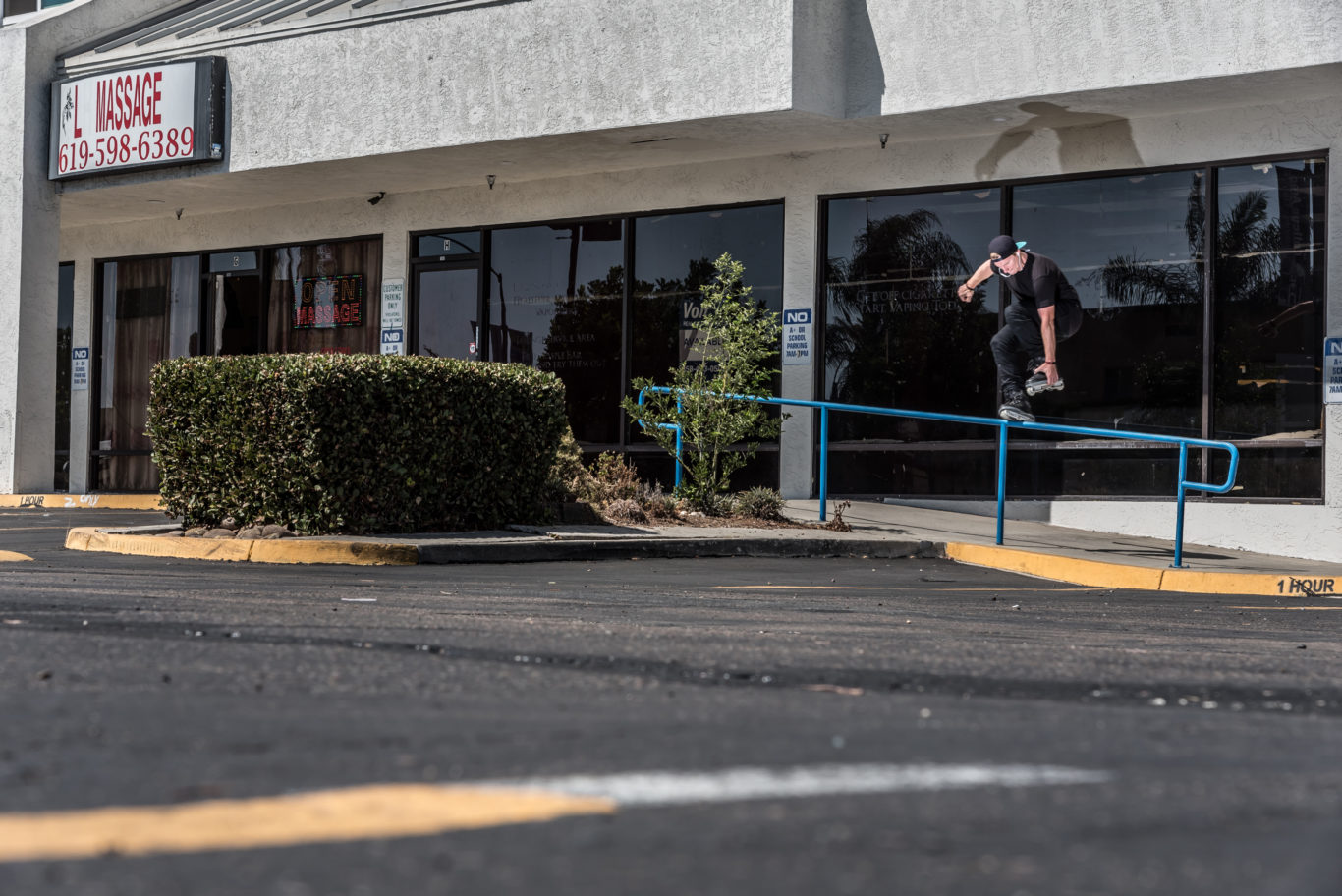 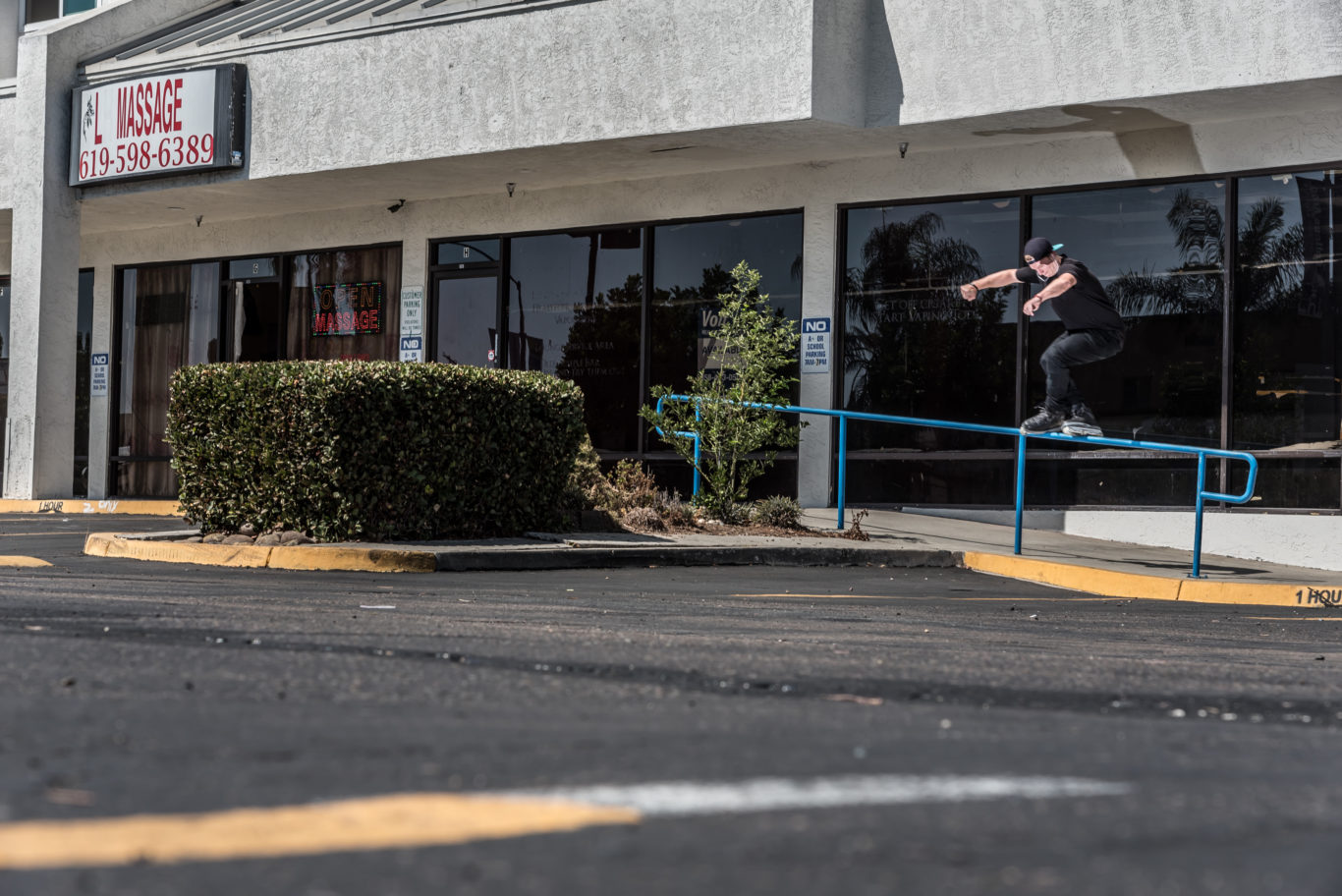 A backslide followed by a front savannah | Photographs by Sean Macgowan

Dude it sounds like you’re living your best life 2018, love it.

So, you’re obviously set for 2018. I like to ask this question, as it was once asked of me, and my answer was completely the opposite of what actually happened, but I guess as they say, man makes plans and God laughs. That said, do you have any specific plan for yourself within the next 10 years? Or are you kind of just cruising with taking life as it comes?

Ahhh damn. That’s so hard. I try to live life day by day. But if anything I hope I continue to have happiness in the next 10 years. At the end of the day, that’s all we can ask for. 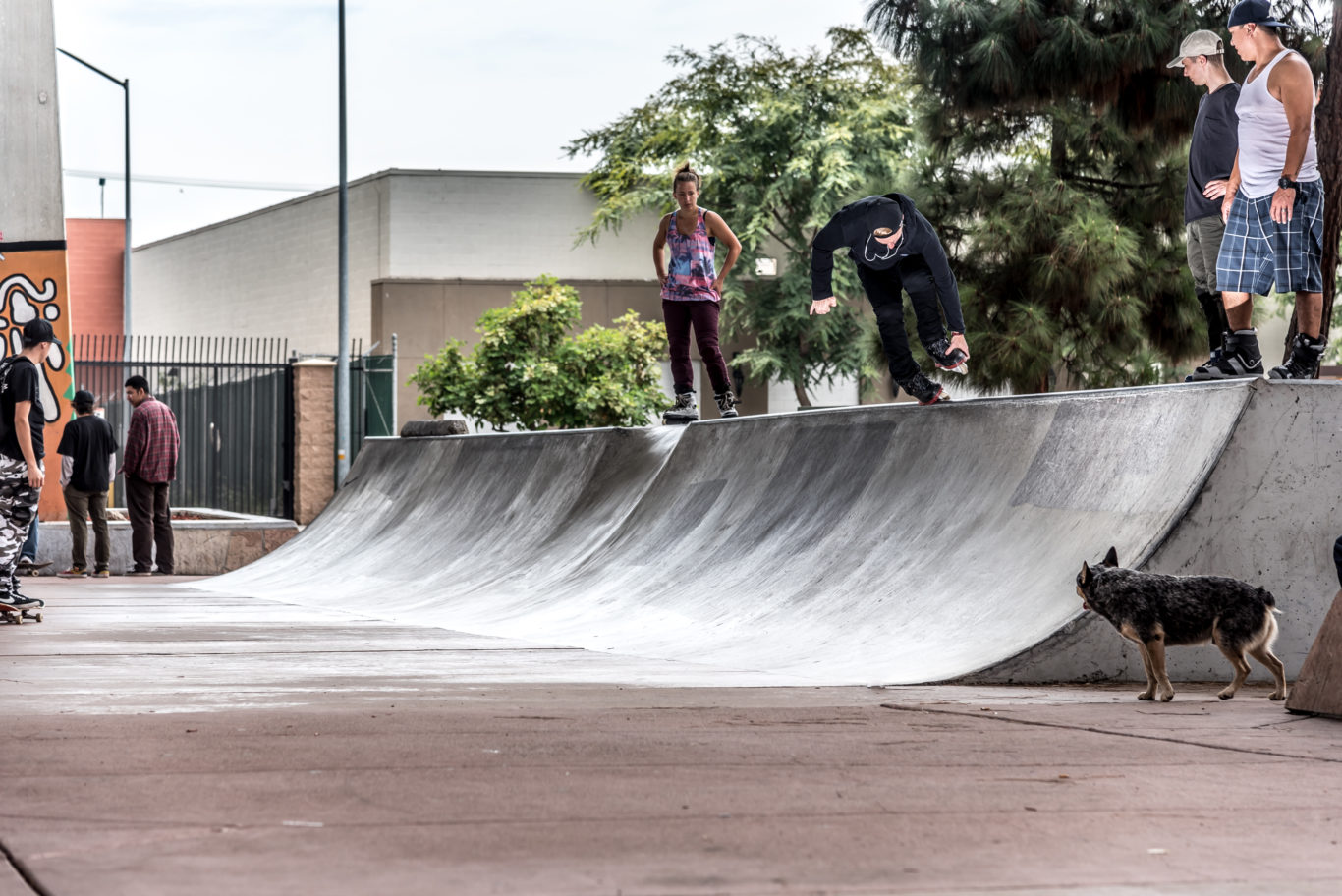