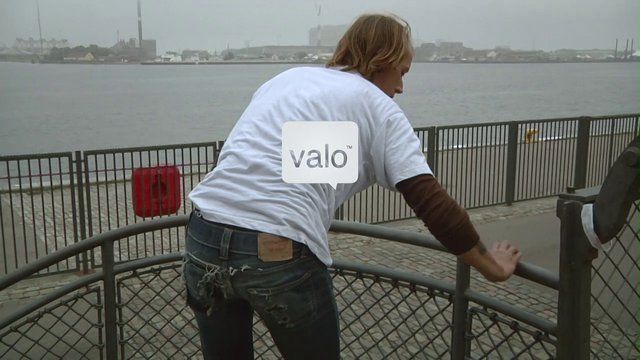 It’s about time. That’s the first thing that comes to my mind when thinking about Kåre Lindberg.
In the last couple of years Kåre has not only been hooked up by Valo, Ground Control and Chimera (just a week ago) but was also featured in “Traitement”, one of the biggest European video releases in the last few years.
Kåre always leaves a strong impression wherever he may show up in the world. He is one of the elite European up-and-comers. He never worries too much about what others are thinking, and always makes sure that he is enjoying himself by doing what he loves to do. If you have ever had the chance to hang out and Blade with him this is clear.
Before his Be-Mag print feature that will be out soon, he took the time to answer some questions for Blading.info. Ladies and gentleman, Kåre Lindberg!


Hey Kåre, you are living in Copenhagen / Denmark. For someone who has never been to Denmark, could you please tell us what’s the best part about living there and what do you not like at all? Why should one check it out?
Copenhagen is beautiful city with a lot of history and awesome architecture. And as far blading goes there is a good local scene and people are always down to skate with foreigners and show them a good time. Just make sure you visit DK in spring or summer ’cause seven months out of the year the weather sucks.
The blading scene is small but well organized as far as we can see. There is an association organizing street and park events and all of you guys seem to be really close friends. How would you describe the scene compared to the ones in other countries you’ve visited?
The scene in Copenhagen is fairly big when you think of the size of the city and it spans from the young kids who just got a taste of blading to the family fathers in their thirties who still come out and shred. And what I love the most about it is that everybody is down to skate, chill, party or whatever even though if not for rollerblading we wouldn’t have that much in common. Sometimes it feels like your other family and there’s always someone to skate with, no matter what you wanna skate and if the weather sucks we meet up for a dinner, a movie, beers or whatever seems like a good idea.
You are currently sponsored by Valo, Ground Control and Chimera. Would you say it’s harder to get recognized, living in a small country in the north?
Growing up in a really small country with bad weather and no skateshops and very few shitty indoor parks didn’t make it easier for me to make a name for myself in rollerblading, I guess. But as long as you shred hard and try to get your stuff out there I think recognition comes no matter where you’re from and I’ve been having a lot of fun ever since I put blades on for the first time.
You went to the USA twice already. How was filming for “V” with Ivan Narez and what are your impressions of the US in general?
Filming with Ivan was awesome, but it was not like my trip over there was just to film. It was to chill with some good people, eat tacos and of course blade and get clips as much as possible. Hopefully I’ll get to hang out with him again soon. I really like visiting the states especially going to California in winter when the weather in DK really sucks ass. I would love to go there every winter.

Having talented filmmaker Jonas Hanson living in the same city makes it easier to get footage I assume. After being featured in “Traitement”, getting clips for “V” and releasing this new online edit, what else can we expect from you in 2012? Are you filming for something else?
Not sure. I will continue to shred and try to get clips but I don’t really have a plan set up for the rest for the year. Oh and there should be a Be-Mag article coming up.
Anything you would like to tell to the people coming from smaller countries, who are trying to get recognized, trying to travel more and make a name?
Cowabunga dudes!