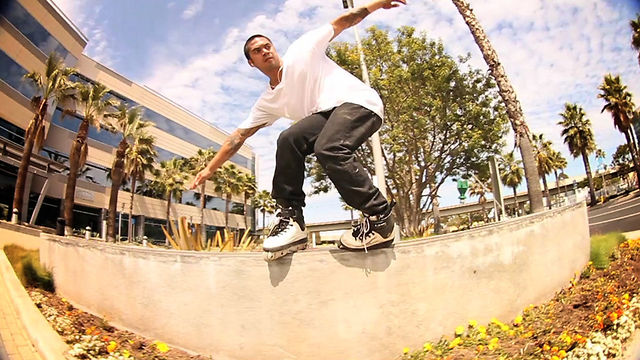 Several months later, Jeremy Soderburg finished filming his ‘SHOCK’ video section, sold his Sony VX, bought a DSLR, and hopped on board. Jeremy and his work ethic really tied us together to get things done! We film several times a week and coordinate on the weekends. We’ve just begun to pool our footage together at Jeremy’s house and are due to start editing this December.

Throughout the year, more and more homies all over So-Cal have asked to be a part of the video. We’re equally surprised and grateful for all the support we’ve received thus far! So in a way, ‘Take Your Time’ is still the friends video it was intended to be, which is ideal for any skate video in my opinion.

As of the moment, the video will feature Anthony Gallegos, Jeremy Soderburg, Joey Jaime, Chris Calkins, Ranier Piramide, Ryan Santos, Steven Cortez, Keith Hubbard, Vincent Martinez, Abel Lawal, and myself. We have collected a surprising amount of clips, so the list could go on!

While the video will mainly cover So-Cal, it will also include footage filmed during a 3 week trip to Denmark I took this Summer, covering the Danish skate scene. It will also have contributing footage from Australia, Germany and Canada, so I think this will be a well-rounded project.

We hope to finish ‘Take Your Time’ in early 2012, with a possible premiere before we release it online and provide skate shops with DVDs, both for free.