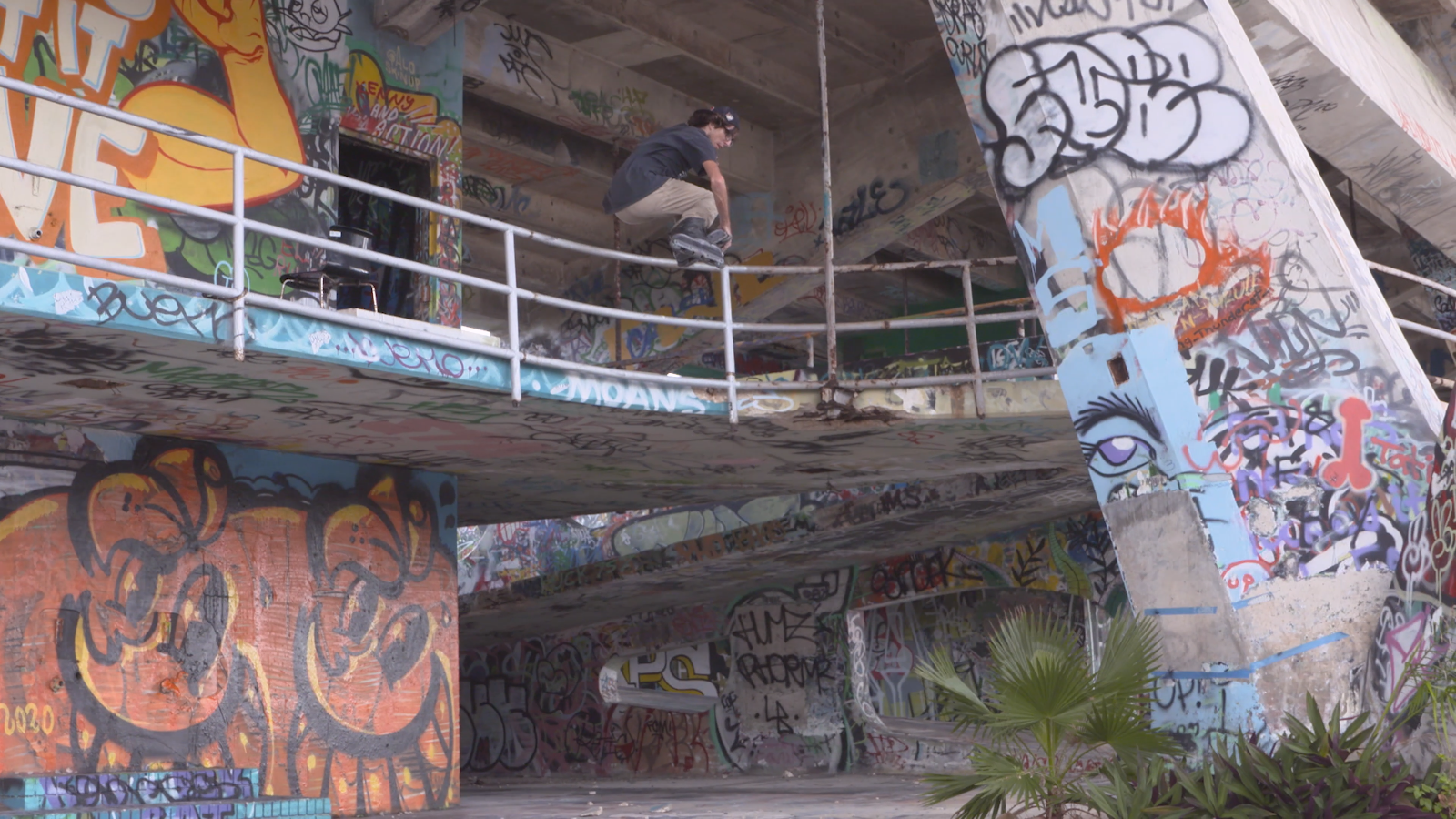 Over the years Jimmy Cisz has made quite a name for himself through his social media following and relentless stream of mind-blowing video content that he regularly posts. And although Jimmy’s skating is incredibly impressive, his skating has been rarely seen in the form of a full length video profile. That is something that Jimmy was wanting to change. Now Jimmy has spread his wings and released his first professionally shot and edited video-on-demand, which highlights Jimmy’s often overlooked street skills. We had the amazing opportunity to speak with Jimmy about the making of his very first VOD & the process behind it. Check it out!

Kevin Little: After putting out a ton of consistent content through social media you have created your first venture into a VOD. Did you have any apprehension to making it for sale as opposed to it being a free online release?

Jimmy Cisz: Definitely! It led me to double down on myself and I haven’t looked back since. I put everything I had into this video. The biggest goal from the very beginning was to have something made proper, that I would be proud of, and could keep forever. My biggest hope was it to inspire people to keep skating!

KL: You’re widely known as being an exceptional park skater, but that isn’t to say you don’t have skills on the streets. Did you feel you had to prove yourself in your VOD that your skating isn’t limited to just transitions?

JC: I wanted to accomplish something that was entirely street. I grew up in the skateparks so I definitely find it more challenging to skate then transition. I also wanted to dive into the world of pool riding. Which deserves a category different then park, street, and vert.

KL: It looks like you traveled quite a bit for this profile. Where all did you travel to and which of those spots was your favorite?

JC: Here is the list of places I filmed. Miami, FL,Sarasota, FL, Altoona, PA, Lockhaven, PA, Los Angeles, CA, Death Valley, CA, Woodward, PA and Las Vegas, NV. Filming out in Death Valley California was my favorite. Empty pools, big schools with endless ledges rails and cess slide pads. My favorite spot was a wide blue cess slide pad somewhere in the desert at a school. When I saw it I knew instantly it was my dream spot.

KL: Filming a full section always has it’s fair share of complications. What were some adversities that you faced in making your video?

JC: I think the hardest part is finding a filmer. This is something I was trying to do for years. I was extremely lucky to make connections through Camp Woodward, leading me to meet a professional scooter rider Logan Fuller. It was my first time seeing street scootering and I was impressed by it. Soon after he was nice enough to have me come along on trips and help me film a quality video part. Despite him being a team manager making a whole other full length video, he found the time to film me and bring me to amazing spots.

KL: So having developed a good working relationship with pro scooter rider Logan Fuller, is there anything that skating with Logan & other scooter riders has taught you or made you appreciate about their sport?

JC: Balance ! I noticed how much better my balance got when I started messing around with a few scooter tricks. All the scooter dudes I’ve met are sick! When we hit the streets they prefer similar spots. There is a big style difference between park and street riders in their sport.

KL: So I saw you in the behind-the-scenes shots that you were draining some pools to skate, so were you draining pools in abandoned homes or spots that were vacant? I remember seeing old skateboarding videos where they were skating in actual homes that people lived in, which seemed like a total dick move! Haha

JC: Every pool I rode was vacant. If it wasn’t, it was possible to ask for permission, or even pay for an hour or two. Pool skating is like Fight Club, I’m not even allowed to talk about it probably. Haha

KL: There are always tricks that just don’t get accomplished for various reasons, either getting hurt or getting kicked out. Was there a certain trick that alluded you in the filming process that you need to get revenge on?

JC: I’m happy to say that nothing got away. Although I did hit five or more other amazing pools that I didn’t get clips in. I didn’t have enough time to get used to them and try something I really wanted. We would get neighbors calling the cops and arguing with us while we were draining and cleaning them. Sometimes we would have to abandon the pool mid drain before the laws came.

KL: I saw you at the BPSO rocking the new Faction Skate Company boots. So how is the testing process going so far?

JC: Testing the prototypes has been really exciting, this skate is going to be the most customizable boot on the market. Switching to a carbon fiber boot has great advantages for me. I also was looking for a bit more support around my ankles.

KL: Was is hard to transition to a different skate after being such a dedicated Remz rider for so long?

JC: Definitely! I’ve been skating Remz since the first Haffeys. I didn’t want a full hard boot, and i didn’t want a thin liner. The liners in these are great!!!  Faction has everything I need to skate with comfort.

KL: With contests and events slowly coming back, do you have any plans to compete in any more comps this year ?

JC: I hope I can hit as many events as I can in the future! This VOD and the support of my skating will hopefully take care of some of the expenses of traveling. I really hope to film and skate with people in the rollerblading community! Sadly I live 100 miles from the nearest rollerblading scene.

KL: Since you live 100 miles from a major skate scene, how do you find the motivation to get out and skate so often?

JC: I knew this year I would be driving and flying everywhere to finish Banned2k45 so that kept me motivated, Ideally I want to make another full length section out of Miami.

KL: Do you have anyone you would want to thank for helping make your VOD or for their support?

JC: I want to thank my family and friends first, who have always been supportive of my skating since 9 years old. I want to thank all supporters of my skating because without you this wouldn’t be possible. I can’t wait to meet you all. Special huge thanks to Logan Fuller and Olivia Monks, thanks to their talents artistically this video came out exactly how I wanted it!  Last but far from least, thank you to Thats Creep, the mastermind behind the music, he produced all the tracks in my video and with his company Shadowbanned2k45, he brought the vibe and style to bring it all together. Check him out on Instagram!