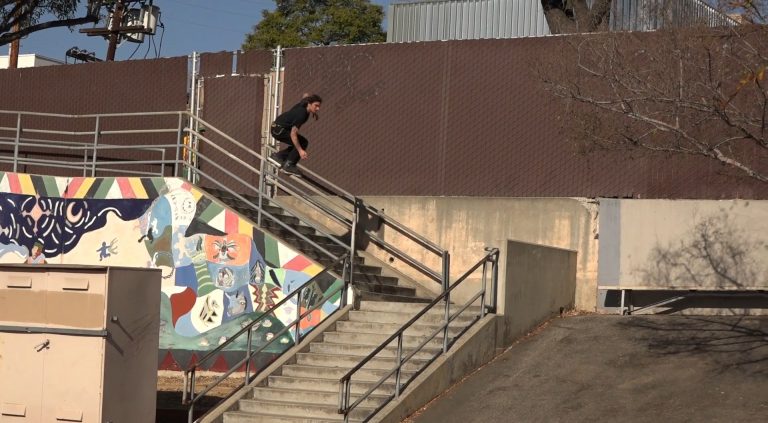 2020 Be-Mag’s Comeback of the Year winner, John Bolino, came back into the blade game last year with a vengeance and showed that not only is he skating again, but he is actually skating better than ever! One of John’s highlight profiles came in the form of his second VOD which was filmed and edited by the talented Casey Geraghty, which John has now dropped online for free your viewing pleasure.

In the video, John puts his own creative twist on some of Los Angeles’ most iconic spots and also finds some hidden gems that may have been passed over for their extreme level of difficulty, which doesn’t seem to be an issue for John. The video is also scored to Sir Paul McCartney’s “Let Me Roll It”, which is obviously befitting for a blading flick and makes for quite the light hearted and fun-filled video.

On top of releasing his newest VOD from 2020, John also dropped a new banger of a profile for the homies at LTE! In his newest profile John shows off his wide range of skating abilities, from technical rails tricks, creative cess slides and even some decent sized hammers, John shows that he can do it all, and with serious steeze to go along with it. We hope that John continues his reign of destruction because blading sure did miss him in his absence, but we are glad that he is making up for lost time with the heap of incredible profiles that have come out recently. Glad to have you back, John! Keep killing it!