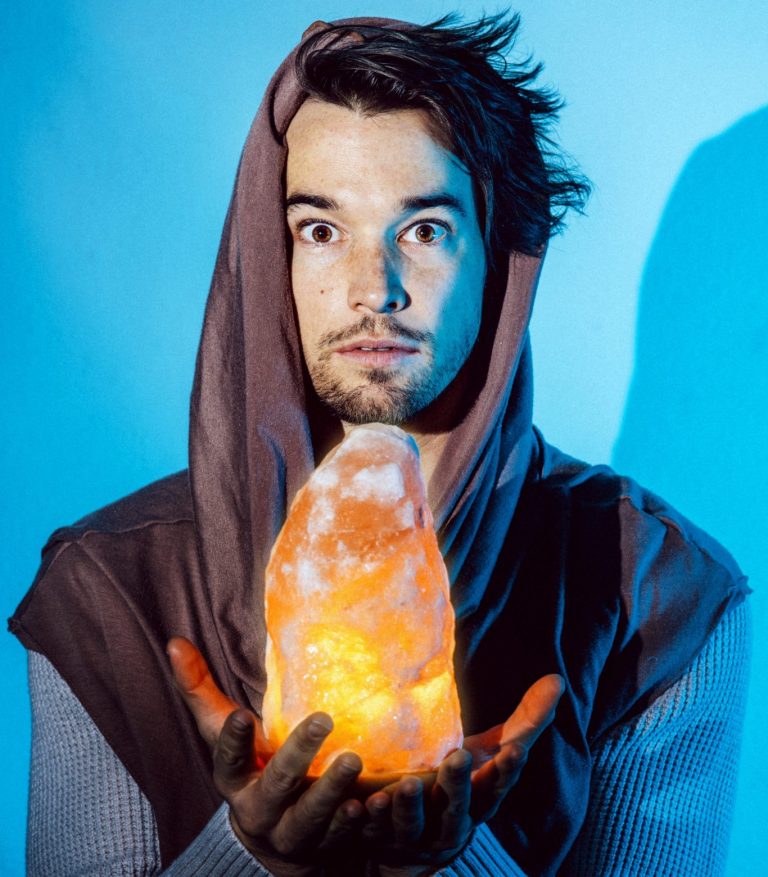 JOHN LYKE SERVES YOU UP WITH RANCH 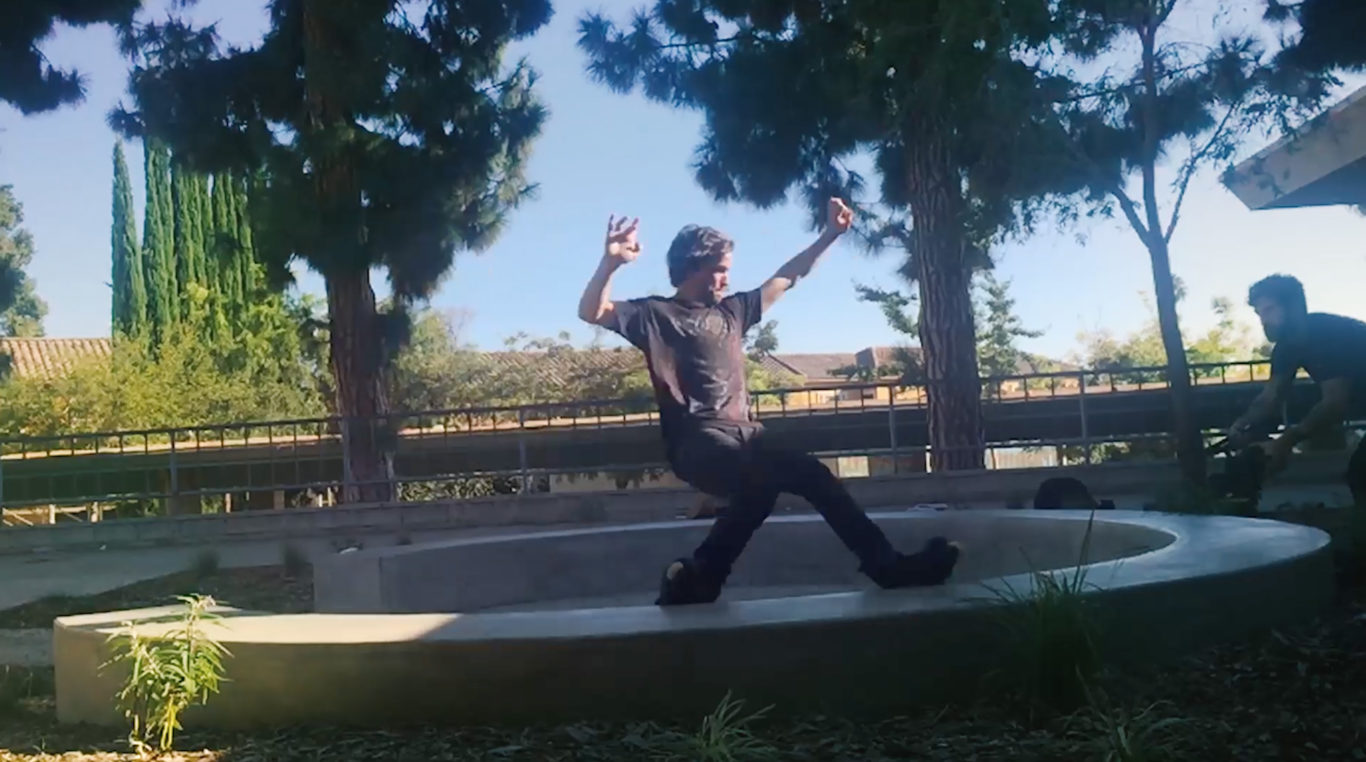 John Lyke is the embodiment of cool in rollerblading, the single coolest cat on the blades and we at Be-Mag have been fans of his work for years now, even since before his Course video series. Well, we call it Course video series, because the titles are, you know them all, Breakfast, Lunch, Dinner, F2N, F2n II, Dessert, Wings, Buffalo and now Ranch.
John is a daredevil stunt man, actor and a jack of all trades that has done stunt work in The secret life of Walter Mitty, starred in #millenials that Casey Geraghty created for DirectTV and does a lot of other work in the movie industry. 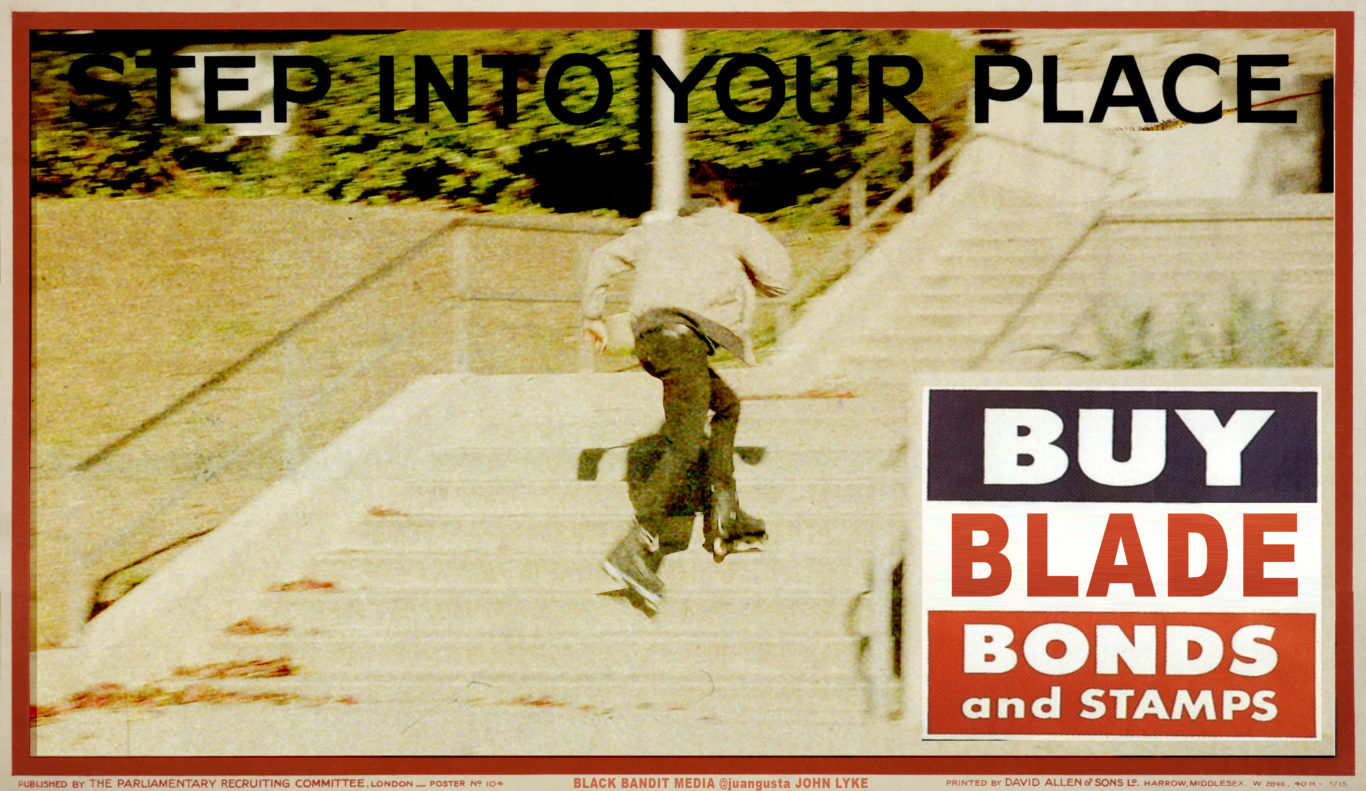 He has an incredbly enthusiastic outlook on rollerblading and a deep love for it. Yet, even though he takes the tricks he himself does extremely seriously, he has a good sense of humor about blading and it shows in all his videos.
John can’t escape rollerblading, living in the same house with his blader buddies Casey Geraghty, Mark Rosen, Nick Taylor, Mike Dempsey, and Mark Golembeski where they go about their lives, with rollerblading as a constant and a glue to their everyday lives.
The name of the latest video he’s produced with his colleagues and roomies is Ranch and it’s actually their tenth video. Yeah, you read it correctly. We caught up with John on a Sunday morning a couple of weeks ago and most of the conversation was really around how he likes filming for rollerblading videos with his friends and how it’s a integral part of the experience of participating in a video project.
The video will feature profiles by John, Casey Geraghty, Nick Taylor, Mark Rosen, & Mike Dempsey.
„We don’t really like the idea of procrastinating, and it has been our goal, for 8 years now, to put out one full video a year, by January. It’s about having fun making videos. We’d rather put out ten good videos than five great ones. And if you don’t work on a deadline, things just get prolonged indefinitely and you keep replacing your clips with new ones“, John says about the experience.
„Everybody tries to have fun skating and scrape together a section. And for sure, it’s a lot of solid skating and funny shit this year“ he says, adding that the project is not without it’s challenges. The guys in the video didn’t really blade all year round for the video, but most of them started blading seriously and filming in the fall. Casey Geraghty is the most productive, with the biggest number of clips as he skates the most, John emphasizes lovingly. 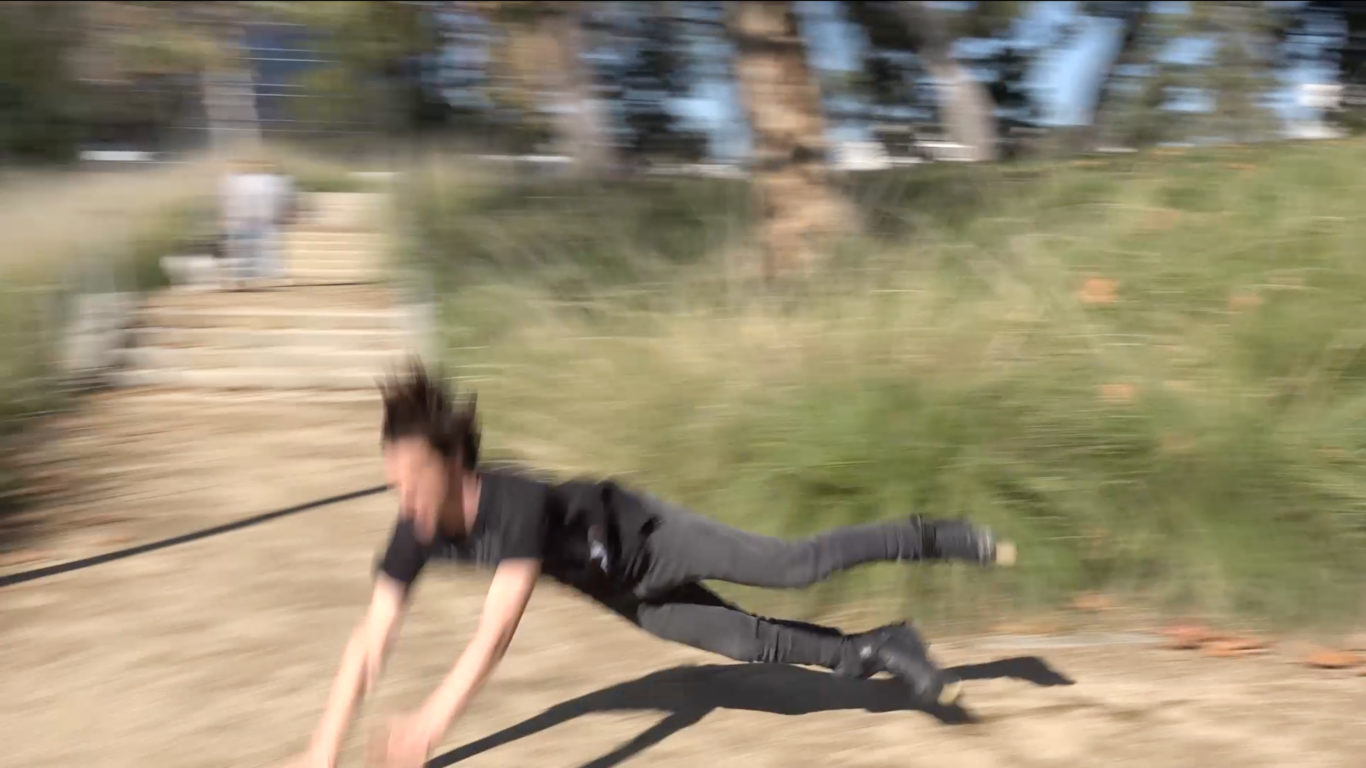 There’s always a party for the premiere, and this year it’s in their back yard. ”When making the videos we constatnly imagine the premiere party and what will work.”
With recent trends in blading videos and the effort him and the guys put into the production of the video, the question of VOD just had to pop up. Ranch is, once again, a free video. John says he thought about trying to make it a VOD but in the end they all just decided against it: „We’d just rather have more people see it. For the few extra bucks, I’d just want it out. Then, there’s really no pressure to it. And we avoided the possibility of disapppiointing somebody. Honestly, this happens with some of the VODs out lately“.
„We want the video to make you want to go out to skate for fun. We didn’t want to make it super serious, but to make you go skate“, John makes it as simple as that.

Going down memory lane, tears strolled down his face as John remembers how their first video was called Fade to Nothing, when they were in high school, and how Ranch would have been their 11th video if their hard drive hadn’t crashed way back then.
During their college years, they all kind of took a break from producing videos together, but then Negrete filmed a lot for Lunch and after Lunch came along everybody was jealous that they didn’t have a section in it.
It’s hard filming for a video if you’re not a part of the crew, John reminisces and explains: „You cannot just show up and skate and expect to get filmed if you’re not a part of the crew. There’s a lot of give and take in the process. Everyone has to film if they want to be filmed“. 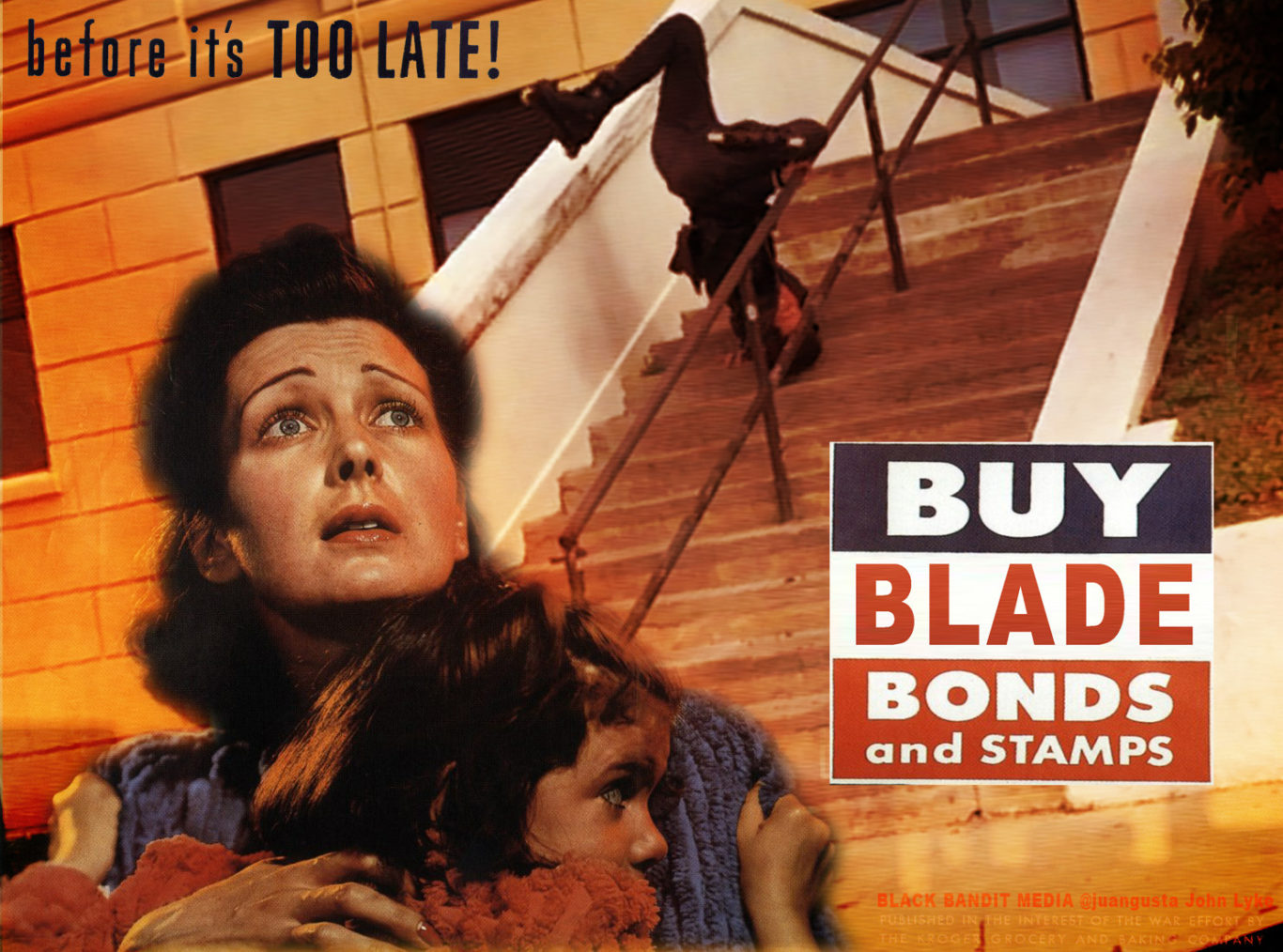 For John, filming with homies is just the most rational way of getting you blading out to the masses: „I’m putting a lot of work into it, I get fucked up and it doesn’t make sense for it to just end up as a single clip on youtube, or on somebodies hard drive for years. I remember filming with the Kelsos, one of the best tricks I did never came out, it was a long time ago and dissappeared in the abyss“.
With Ranch, John edited the intro and the bonus section of the video, while everybody else edited their own sections. He believes this style of collaboaritve effort, instead of making the video less coherent, gives more to the quality of it.
So, different cuts made for a different feel: „You watch it and it’s so entertaining. It keeps it constantly changing and gets more interesting. We try to make it entertaining for people who don’t rollerblade, for them to say that it was funny and entertaining is what makes it special, and that’s why we make our videos that way“.

John doesn’t really believe in preaching to the converted, therefore even the bonus section doesn’t have any inside jokes, they want it to be worthy of the audiences’ time and keep them engaged during the watching: „We want our videos to have a re-watching value“.
Being in California was also a big motivation in the making of Ranch. When he compares his home Connecticut, where he, Casey Geraghty, Mike Dempsey, Mark Rosen, Mike Riccitelli, Mark Golembeski, Drew Amato, and Nick Taylor are from, he says that he’s had high expectations. „When I went to Cali to film the zero spin at the end of Lunch, I went there with Haffey and Negrete.The scene was different, the spots are just so abundant, and the spots are always so good. In my home town, we had no ledges, but handicap rails. In Cali, theres a million perfect ledges everywhere, every school has perfect rails, everywhere we go is always waxed.I have an app, skate spots LA with over 2000 spots, i just go on my phone and find stuff and go there it kind of lets us relive stuff from old videos and where all our idols skated. In a 30 minute radius theres all types of spots and we’re getting spoiled now. 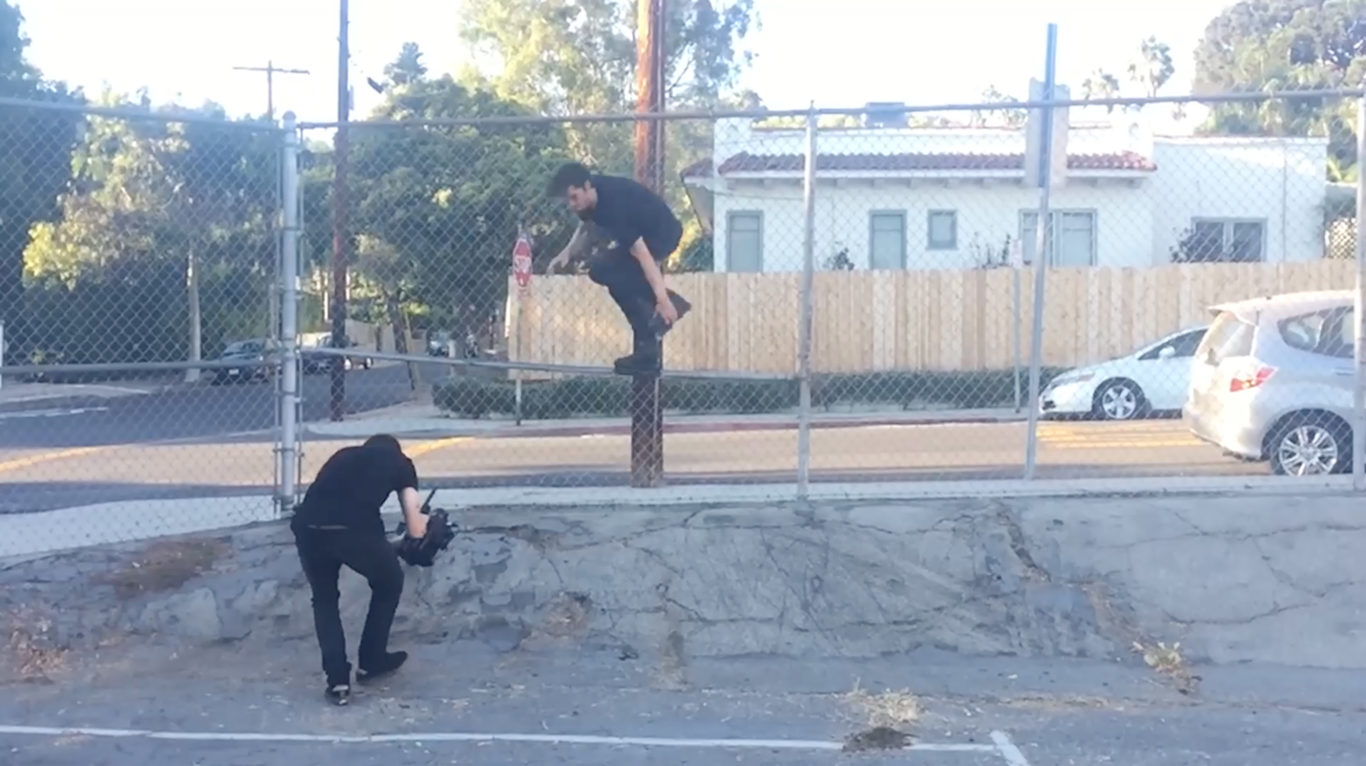 Talking about his own section got John excited. „I have a decent amount of clips, a lot of kink rails that I’m psyched on. My construction site trick is the most dangerous I ever tried, not like skill level, it was just so dangerous, a really sketchy spot. I fell pretty bad and still got it. Also, some cool switchups, and some funny stuff. My intro is the funniest yet, I think, I find it hillarious and it has a lot of rollerblading references, I think people will find it really funny“.

At the time of our Skype session, he was still looking for the perfect song to fit with his skating, so we asked him does he have a problem re-using a song that was already featured in a blading video. We spoke about the Yeah Yeah Yeahs’ „Miles away“ and how he cannot use it because it was the intro to Steal this video. If it was in a shitty online montage, then it would have been fair game.
Right now, he’s mostly into Sizemore‘s and Broskow‘s blading: „Broskow, obviously, and Sizemore. I’ve been blading for 21 years, and have been watching him for 15 years. His trick selection and style is my favourite, he always makes me go skate. Sizemore is just on par, also Haffey or Farmer, but I like watching those two after skating, you see them do really gnarly stuff I just can’t do. You never go to a spot and see it the way Farmer sees it. Also the Kelsos, their skating is on par with what I like“.
He likes Sizemore so much he’s riding his Valo skates, with some GC frames and Dead wheels. 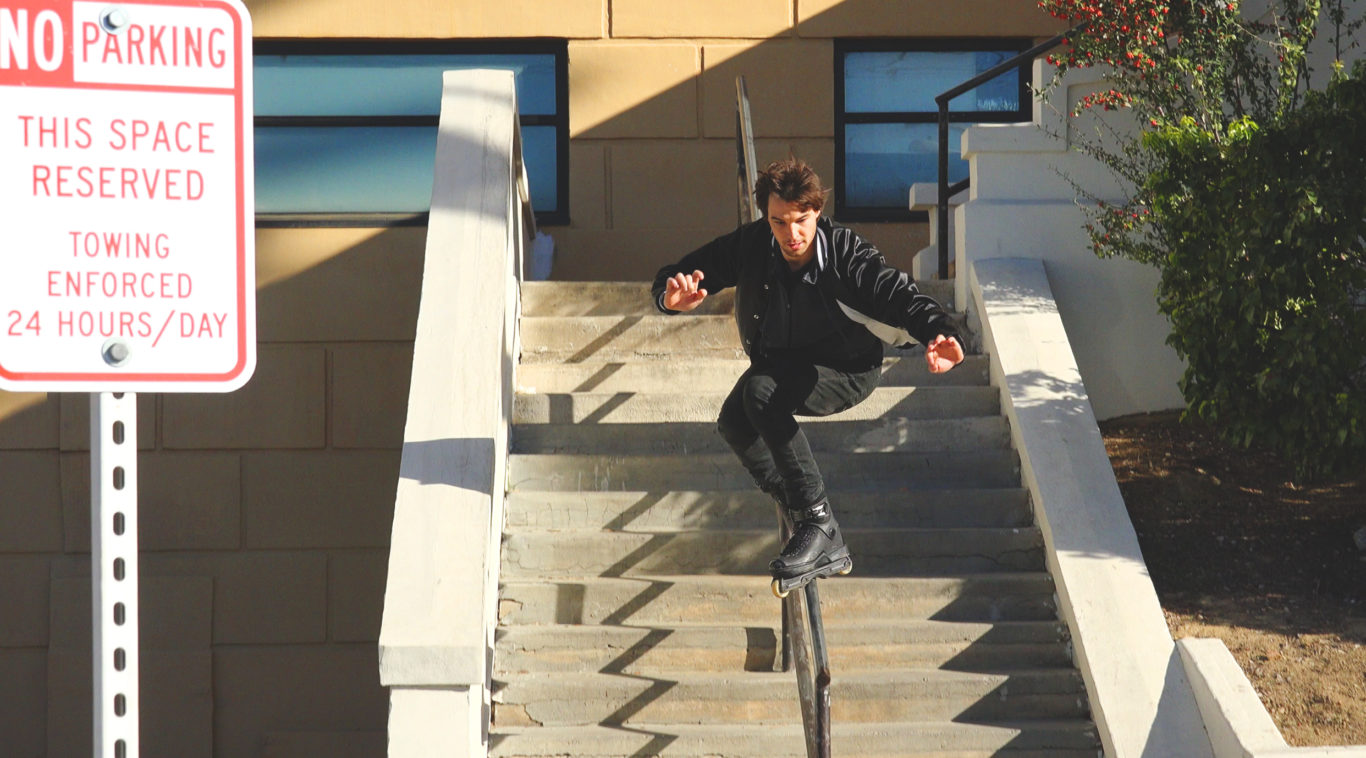 What about Eugen Enin?
I follow him on all platforms, and I feel like he’s gotten so far, his tech stuff is so good, he’s innovative and mixes some old school stuff with it. Also, Carlos Bernal, his last two sections were all hammers, like videos from a decade ago.
Gavin Drumm is so awesome, on his own level.
Soichiro’s 30 was fire, I loved it. In my new section, I want to skate like him.
I watch rollerblading all over.
He watches it, but he’s not really into competing: „I won a Connecticut comp a long time ago. Tricks in competitions are just like in the old days, if you land it, it counts. If you see a trick done half assed… I just don’t enjoy it that much. Every trick in my section that doesn’t look perfect is something I kept doing and got hurt. In comps, I just don’t want to get hurt. I don’t think I could do tricks that would look cool. I used to snowboard and compete, and it was just never fun. The worst thing is that it’s up to judges and a lot of times the first place goes to the person that doesn’t deserve it“.
John says snowboarding is way more competitive than rollerblading. There’s a lot more money, and in rollerblading very few people live off it, so there’s less pressure. But, in any sport, if you get hurt, checks just stop coming. In rollerblading, most do it only for the love. Nobody really films a VOD because they have to, he thinks, but because they want to.
When asked about how he feels about companies sending their riders to big competitions and then they don’t try their best and compete there, he says that’s true, too. For him, blading is fun, and big competitions like the Winterclash look like people have fun there. „Just look at CJ Wellsmore, he looks like he’s having fun competing, and doesn’t seem pissed if he doesn’t win.“ 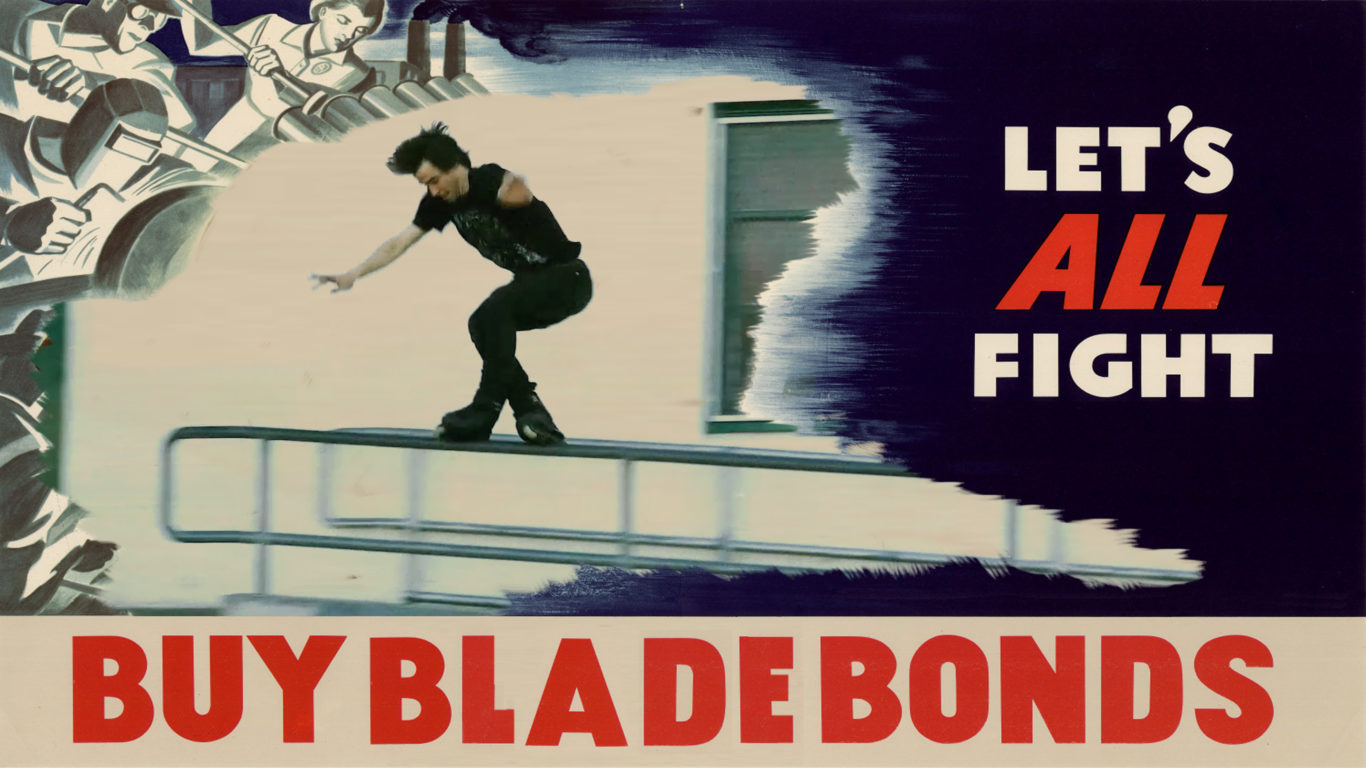 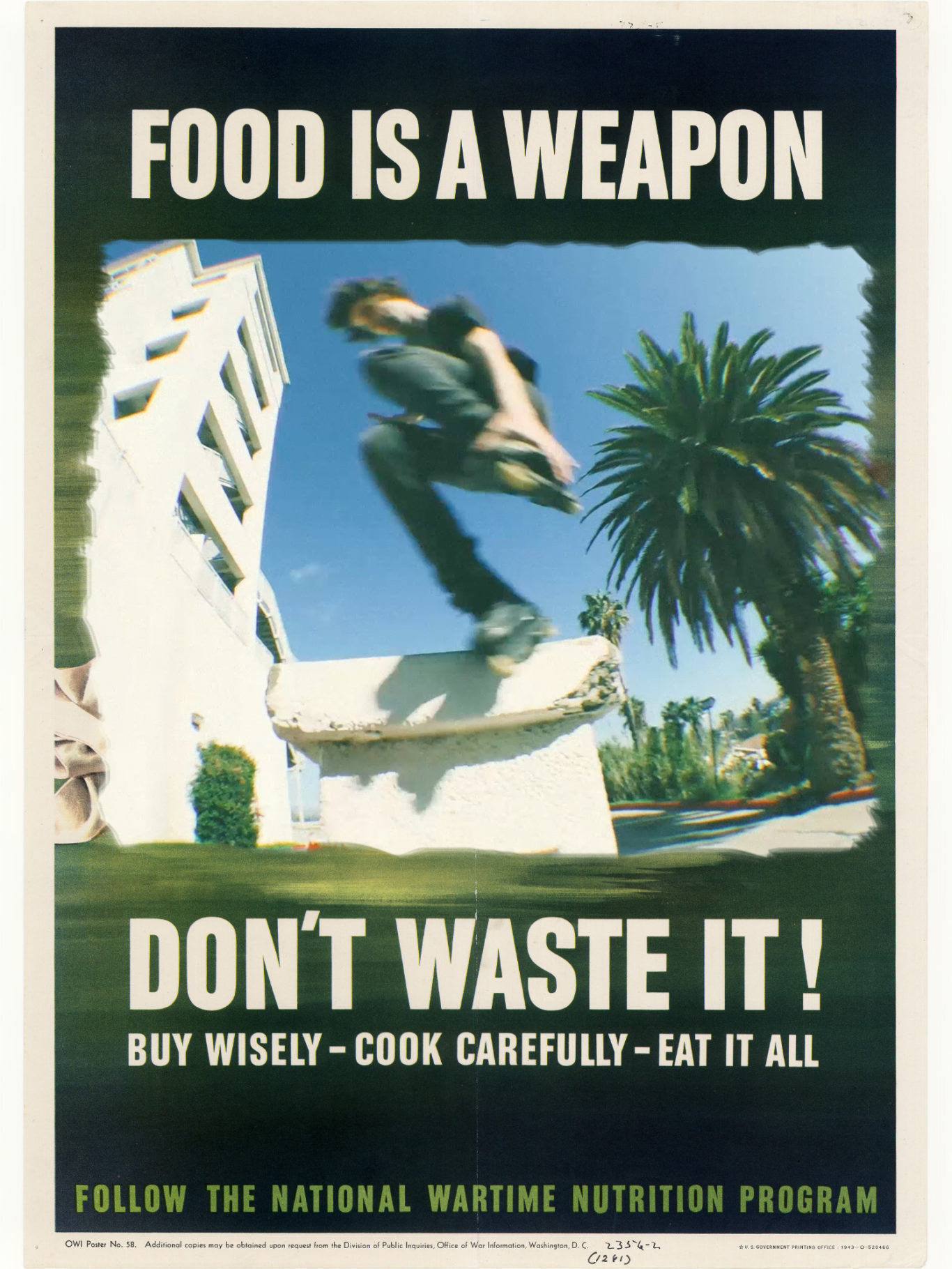 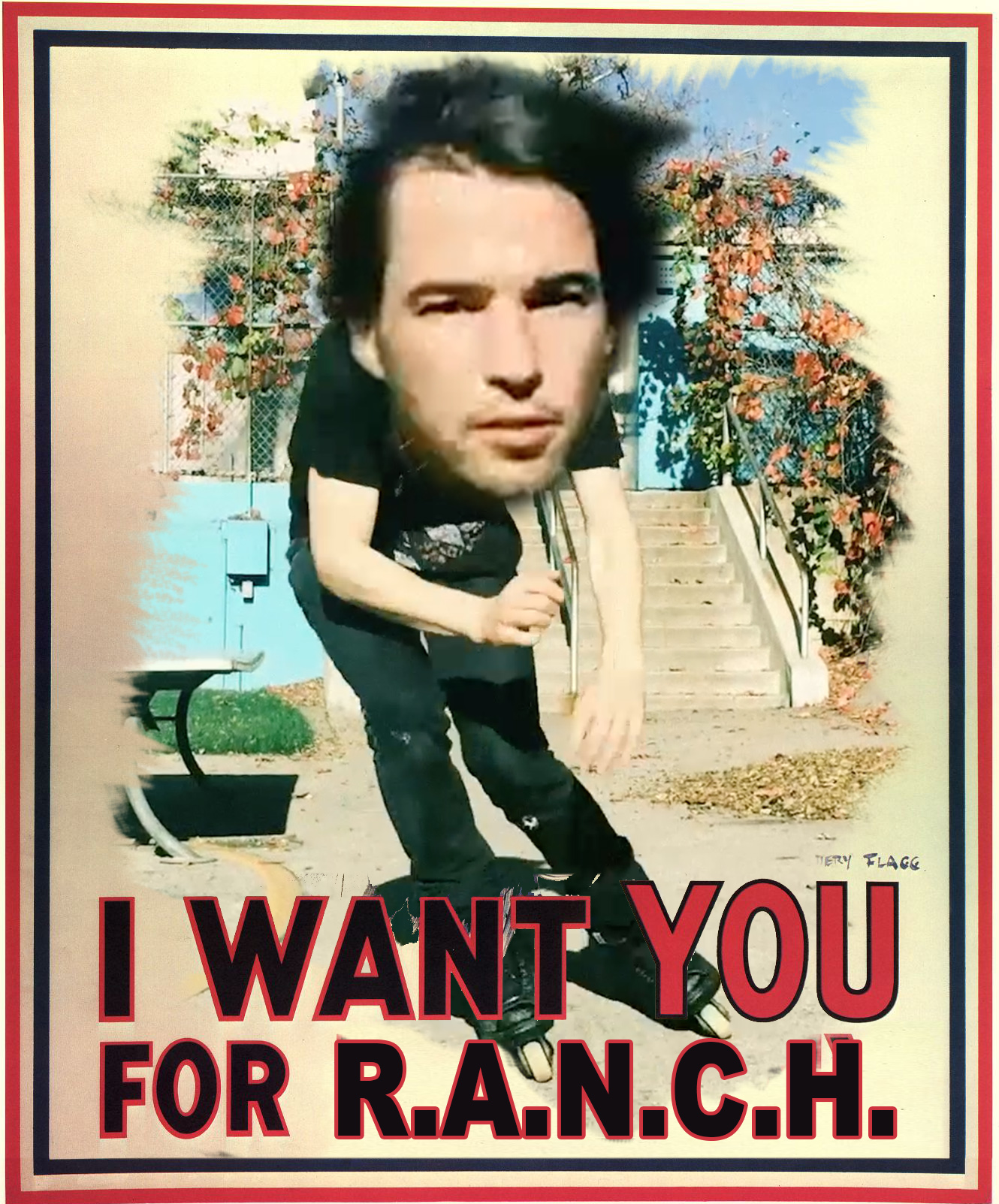 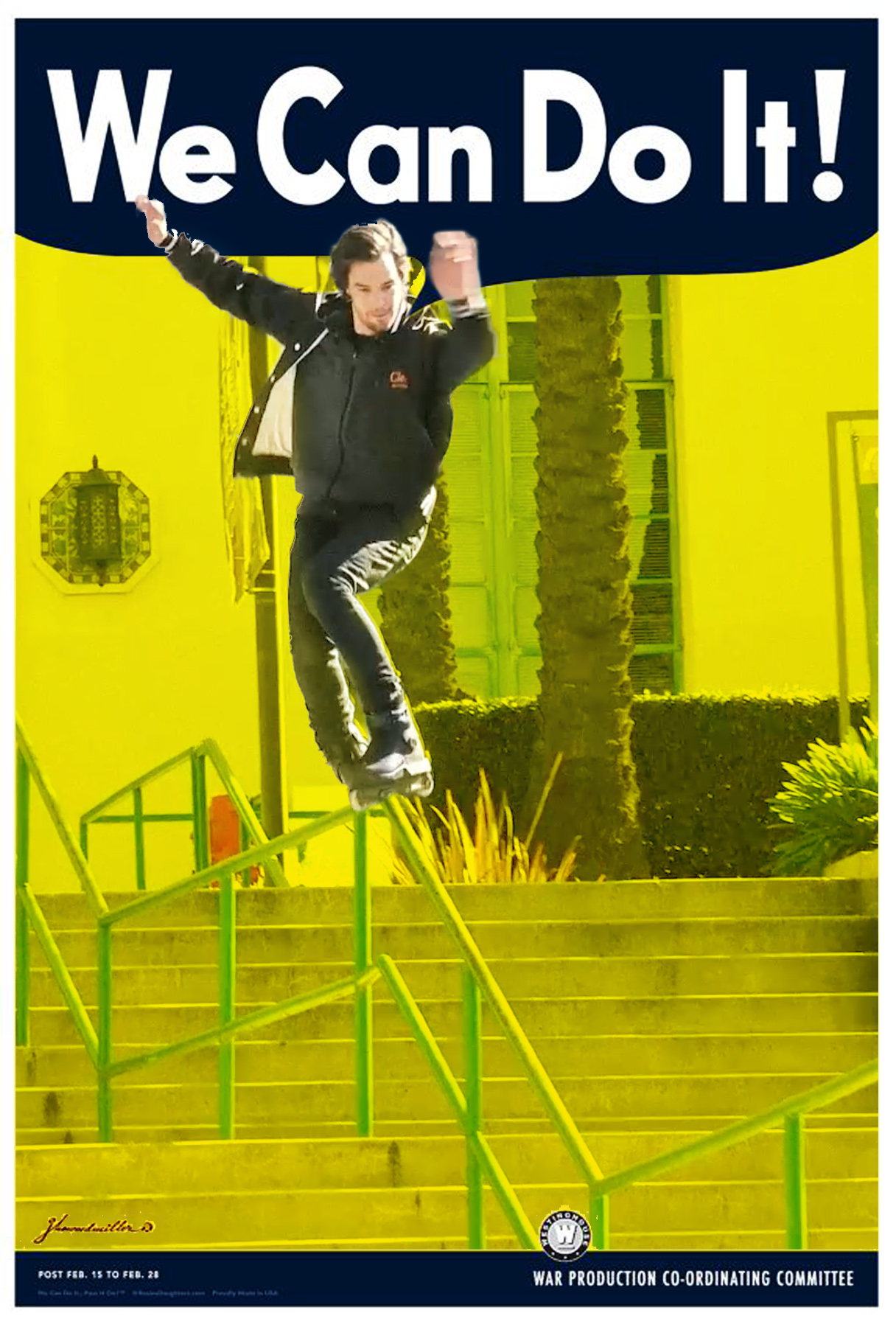 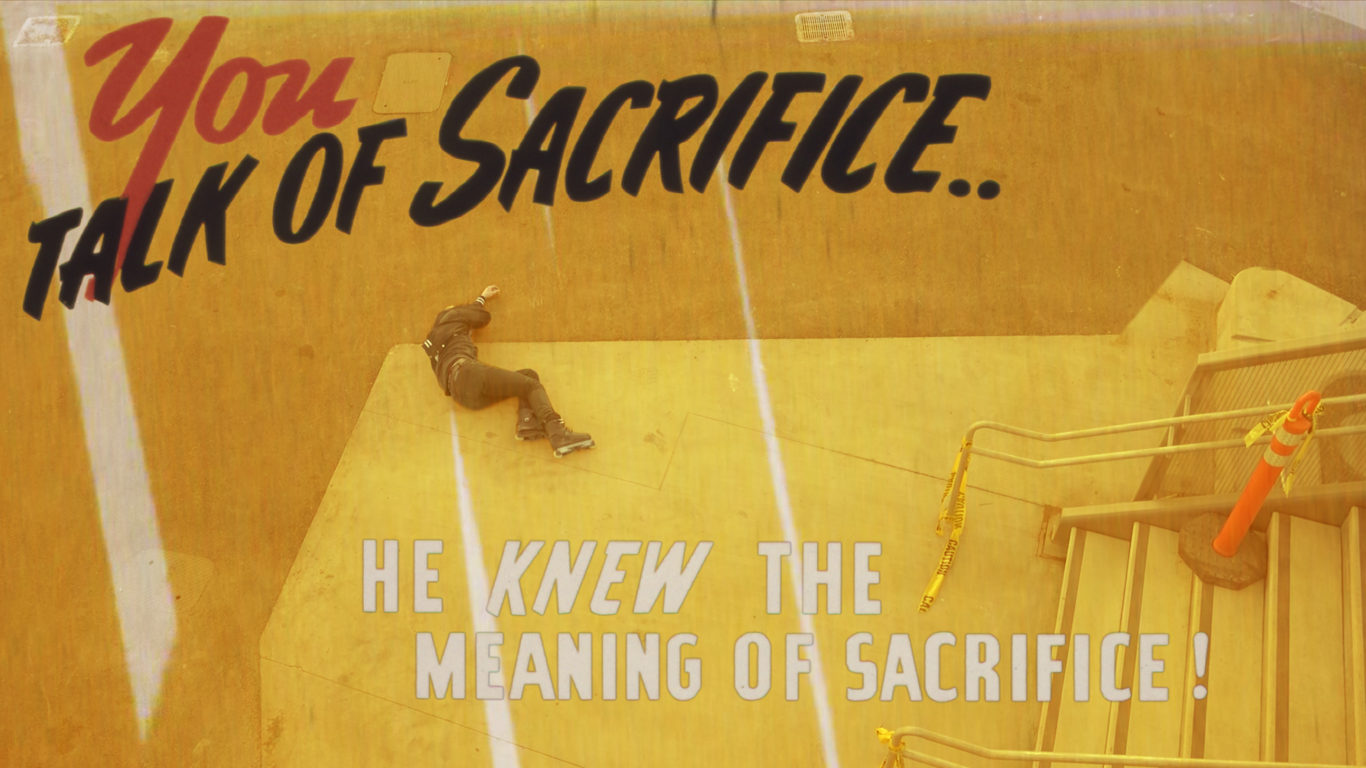 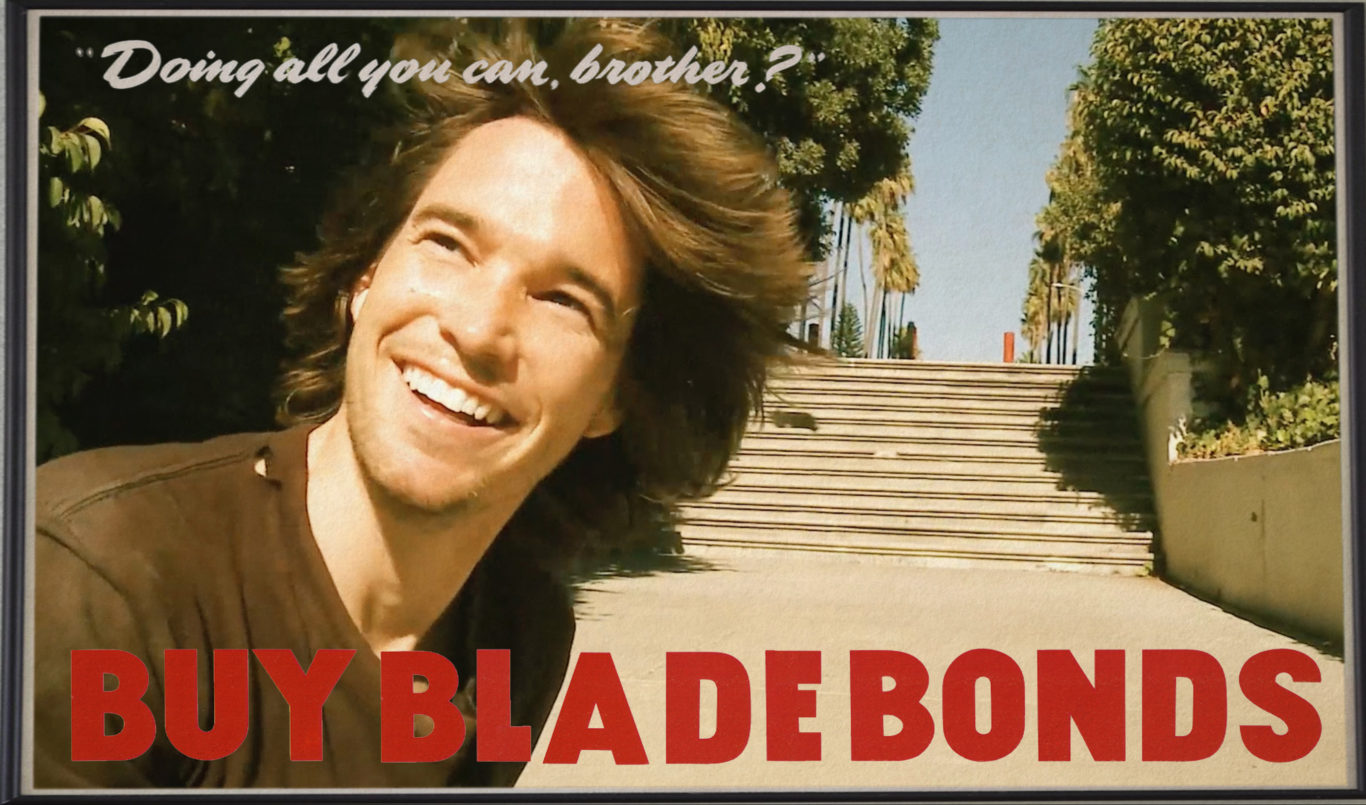 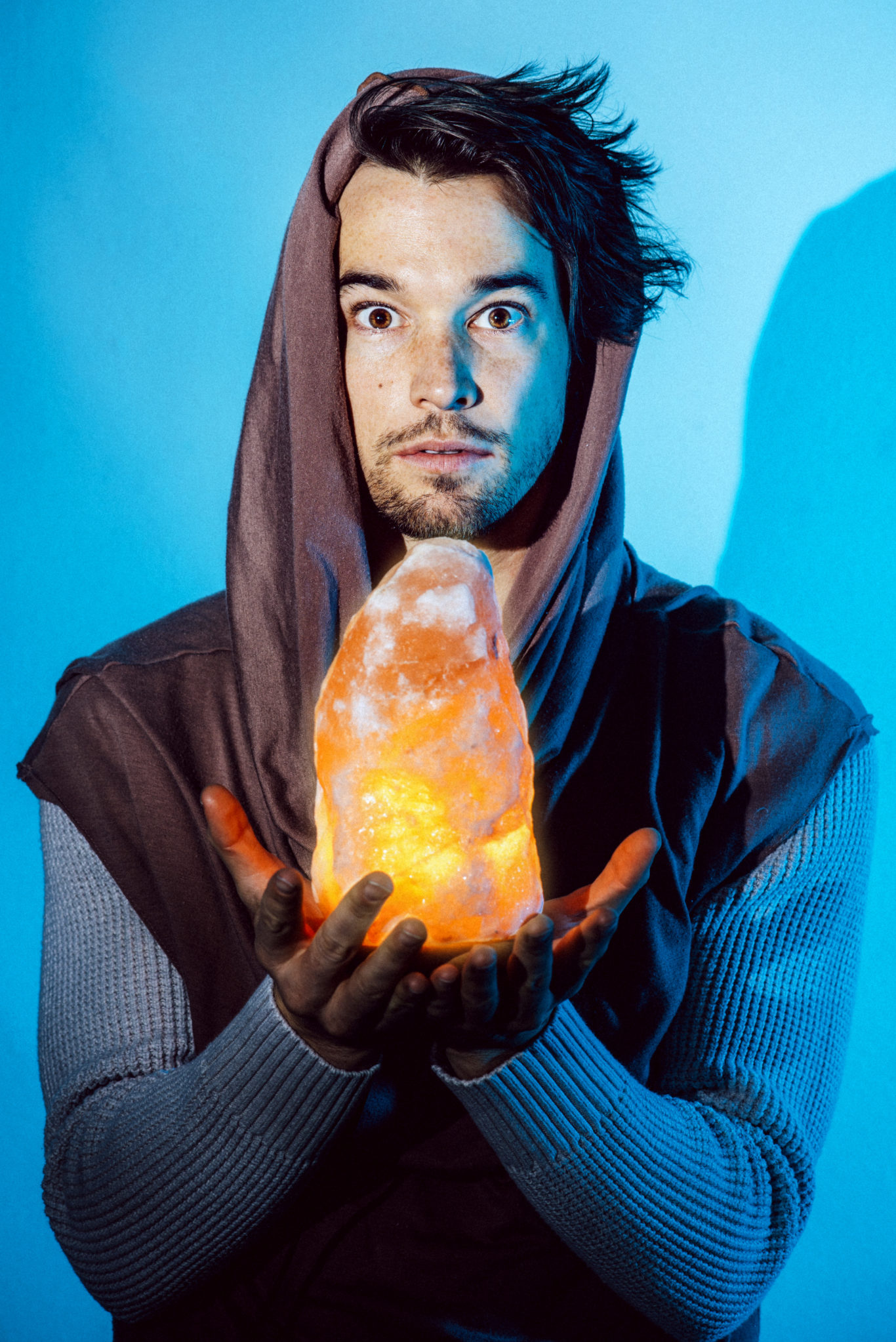