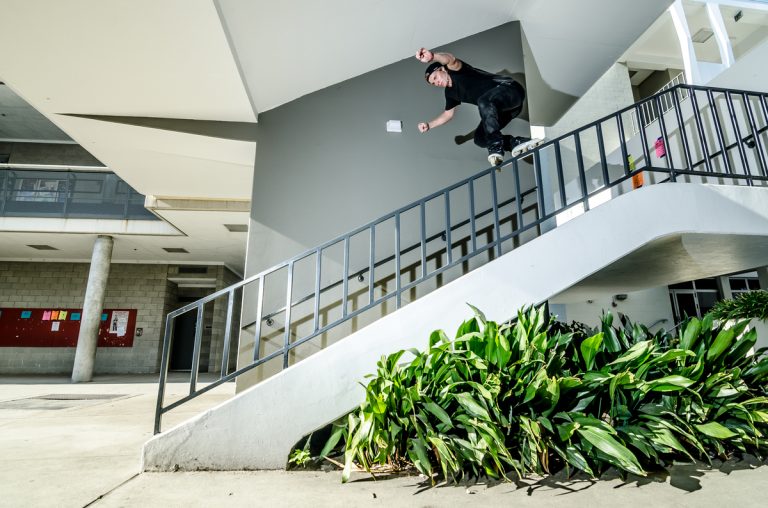 You have seen him in numerous edits and sections, his latest being a strong, technical one in Brandon Andersen’s Moments in Time. You might remember him as the kid charging at long ledged in blue Valos years and years ago, wearing a backwards hat, or you might have followed his exploits in Japan on social media. Now, Jon Fromm’s grown up and he’s turned pro for Razors. 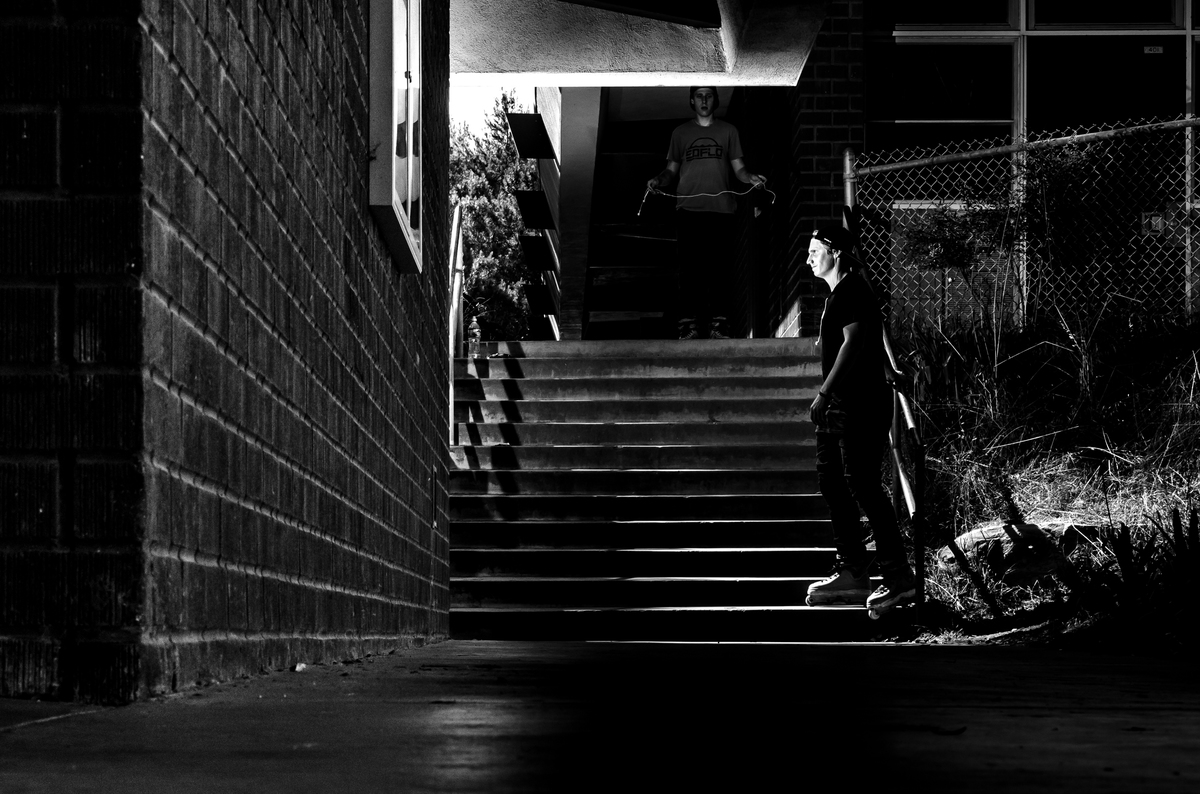 So, you just turned pro for Razors. Looking back, what kept you motivated and is it really a dream come true, with the category of pro in today’s rollerblading being so loosely defined?
It’s definitely a dream come true for me. I remember reading Daily Breads back in the day and seeing Razors Ads of Jon Elliott and Shima and hoping maybe one day to be like them. It’s truly been an unreal couple of months.
What kept me motivated was just wanting to continually progress and be the best Jon I can be. I never really set out on a direct mission to be pro. I just tried to put my best foot forward always whether it comes to filming, skating a contest, or just hanging out with the homies after blading. Also, my friends (particularly SoFlo buds) just were always there for me, and wanted to see me succeed. There constant support has always been my main motivation. 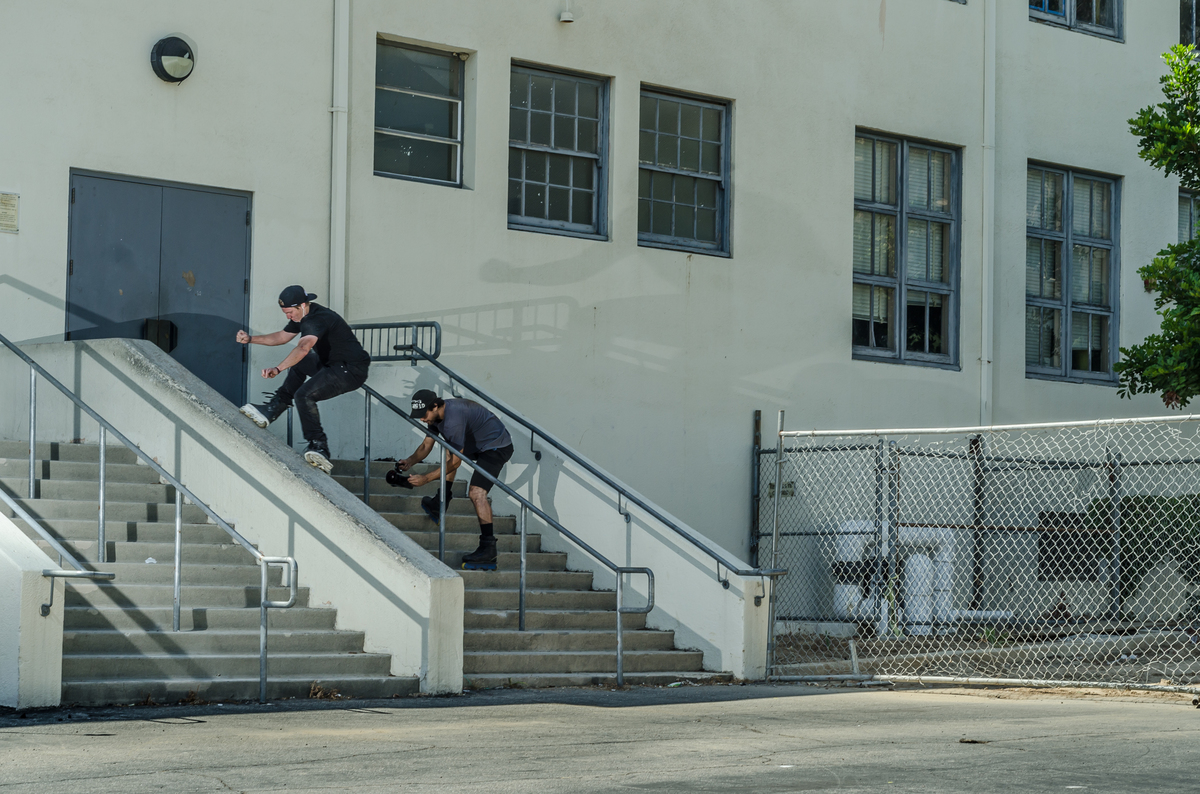 What do you think makes a pro rollerblader today?
Today’s pros need to be well diverse. Not only amazing on the blades but also continually projecting a positive image of blading to a world as a whole.
I’ve said this to a bunch of people. “Great pros make sections, skate contests as best they can, and also engage in the blade community. I try to carry myself in skating the way I carry myself in my day job as engineer. Even if I’m not getting paid or making a salary, I always try to carry myself as a professional. It’s honestly one of the many steps I think most bladers can take to aiding this wonderful sport getting back to its hay days.

You are known for techincal street skating, where do you draw inspiration for your skating from?
When I was younger I loved watching Aragon and Haffey sections. I saw them doing spin tricks,big drop rails and other things. At the time I was doing a lot of switch up variations and I thought wouldn’t it be rad to do Hurricane to switch up combos.. So from there it led me to do tricks like Hurricane topacid to tru top acid etc. It’s also the reason I started to love skating drop rails. Later on I really became a big fan of Eugens skating. I love how he just does whatever he feels like, and created his own style of skating. I tried to take the above philosophies and apply them to my own skating. 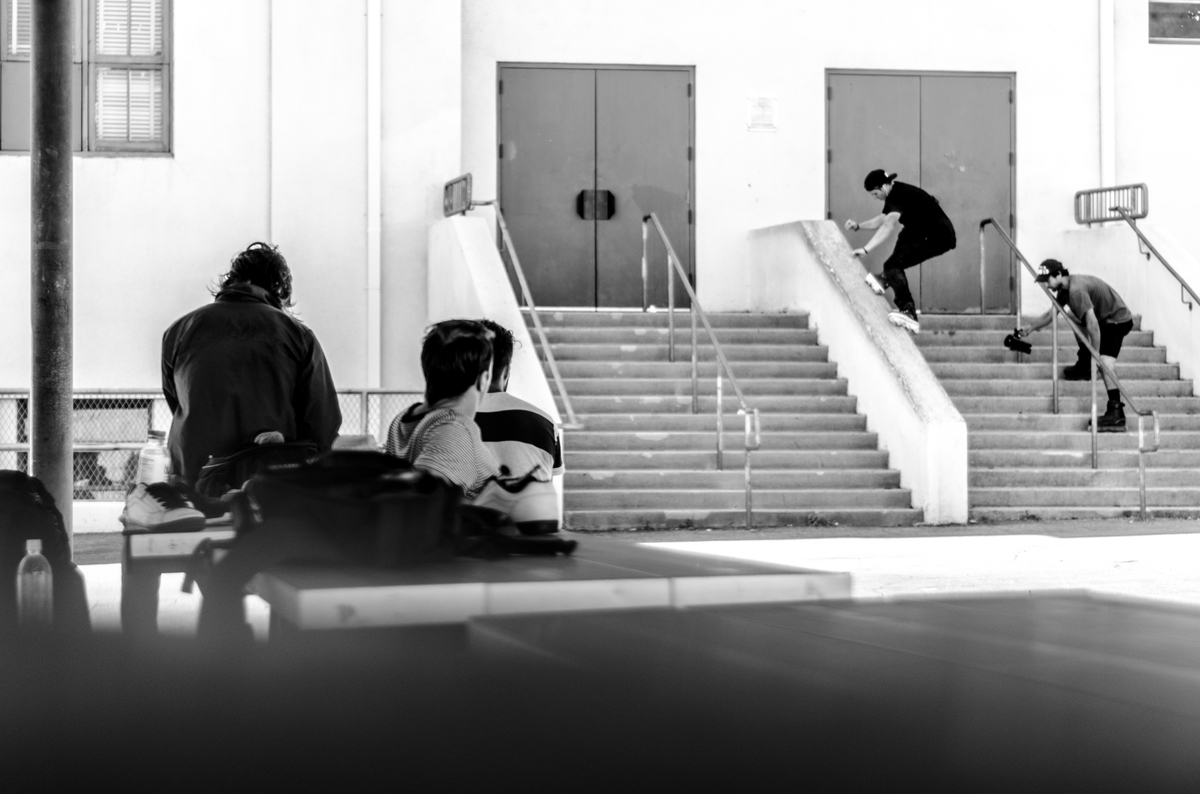 Who do you like skating with the most?
My favorite sessions are always with my Florida homies or in ATL with the Brandersen Bros and Adam Bazydlo. Both times in my life have brought not only the best skate memories but also the most fun memories.

Were you involved in the development of the Shift skate and how happy are you with how it turned out?
Yeah, Andy and Geoff approached me about a year ago just after I had moved to SD about the Shift idea. They gave me a few test shells and I began testing them out. I began trading emails back and forth with andy and after a few months going by I was getting emails almost every week from Andy regarding input. It was a huge honor for me because when I finally got the finished product, it felt like my own. It means a great to deal to have your voice heard and I’m super stoked about the final product. 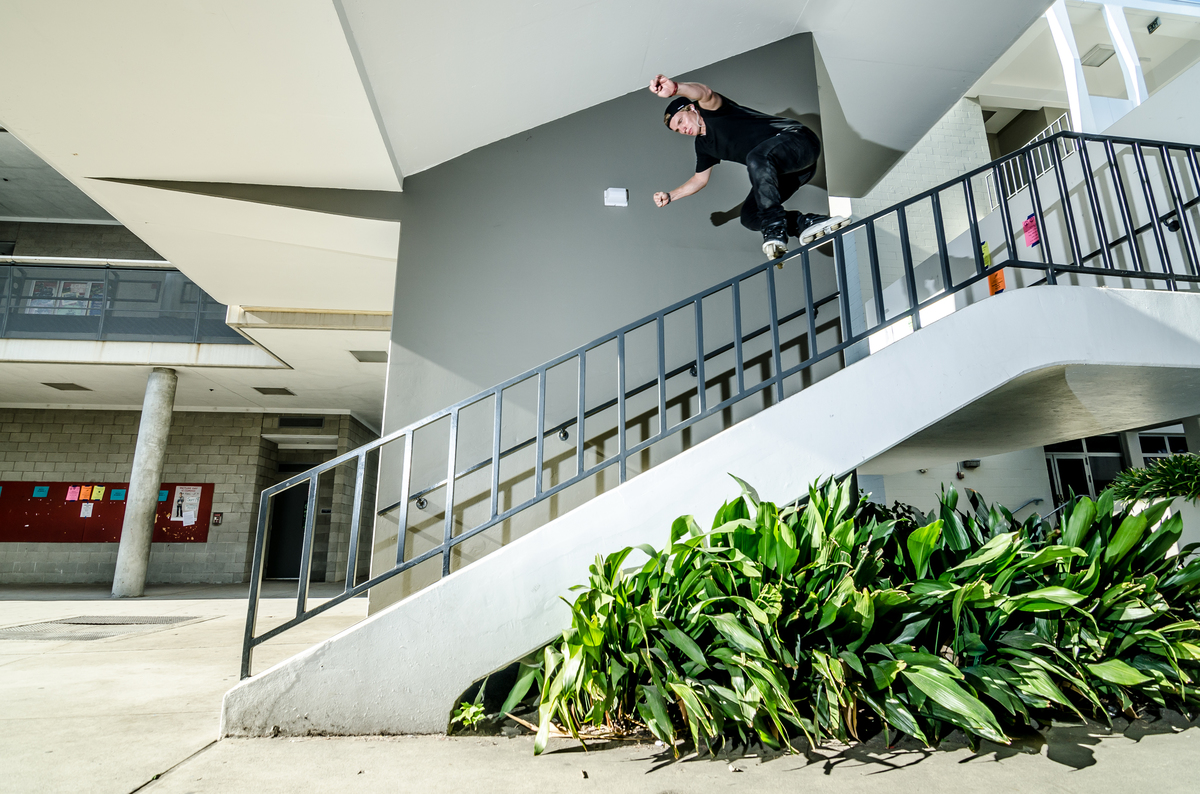 You hear kids complaining a lot about no new skate models being released, yet pretty much every company in rollerblading always works on new shells or at least improving their existing models. With the price of skates being stagnant for the past two decades and kids still complaining about prices, do you think rollerbladers are the stingiest of all ‘extreme’ sports athletes?
I don’t think we’re the stingiest, I think we’re just like every other subculture. There’s a lot of sense of entitlement in our sport. Since were so close, everyone always thinks they deserve a hook up it makes us always indifferent towards even the cheapest prices of skates. I think the best thing for bladers is to be grateful for what they have and to support the companies they believe in.

Who do you skate with the most and why?
Lately it’s been a lot of solo sessions during the week and then skating with Hayden Ball, Sean McGowan, Justin Eisinger, Steve Steinmetz and a few others on the weekends. It’s mostly solo during the week due to my schedule. Weekend sessions are just the people that still wanting to push and contribute to blading. Whether it’s shooting a photo with Sean, or budsing a drop rail with Hayden, we have some solid sessions.

After your introduction as pro for razors, what is next for you as a pro skater?
I’m heading to Korea and Japan in September for a little blade trip. I’m hoping to film a little deal over there. I have a few contests I’ll be attending such as Boschi Pope Skate Off, The Blade Lux Street Open and Blading Cup. Beyond that just continue to improve myself day by day not just as a pro skater, but also a human being! 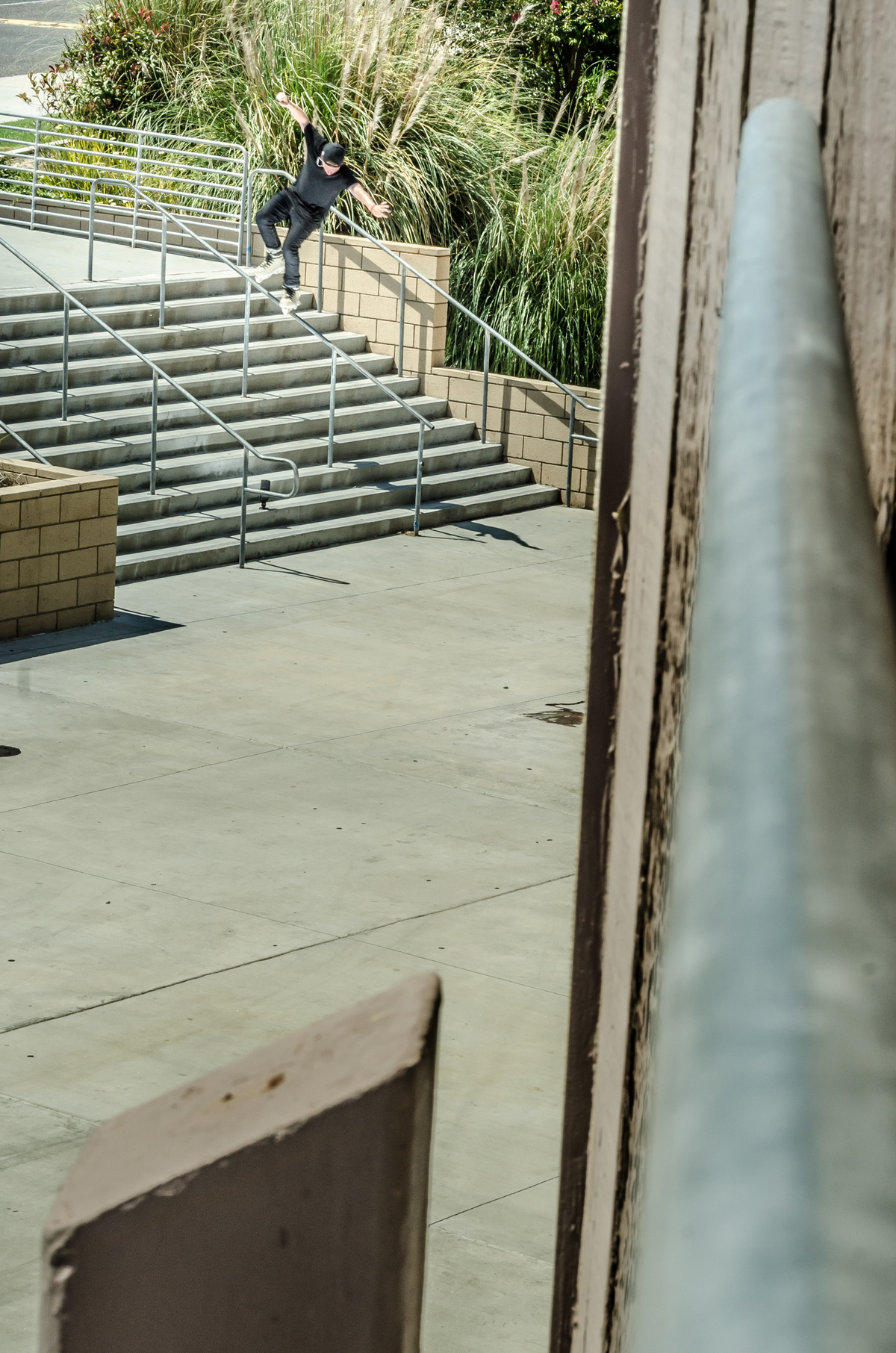 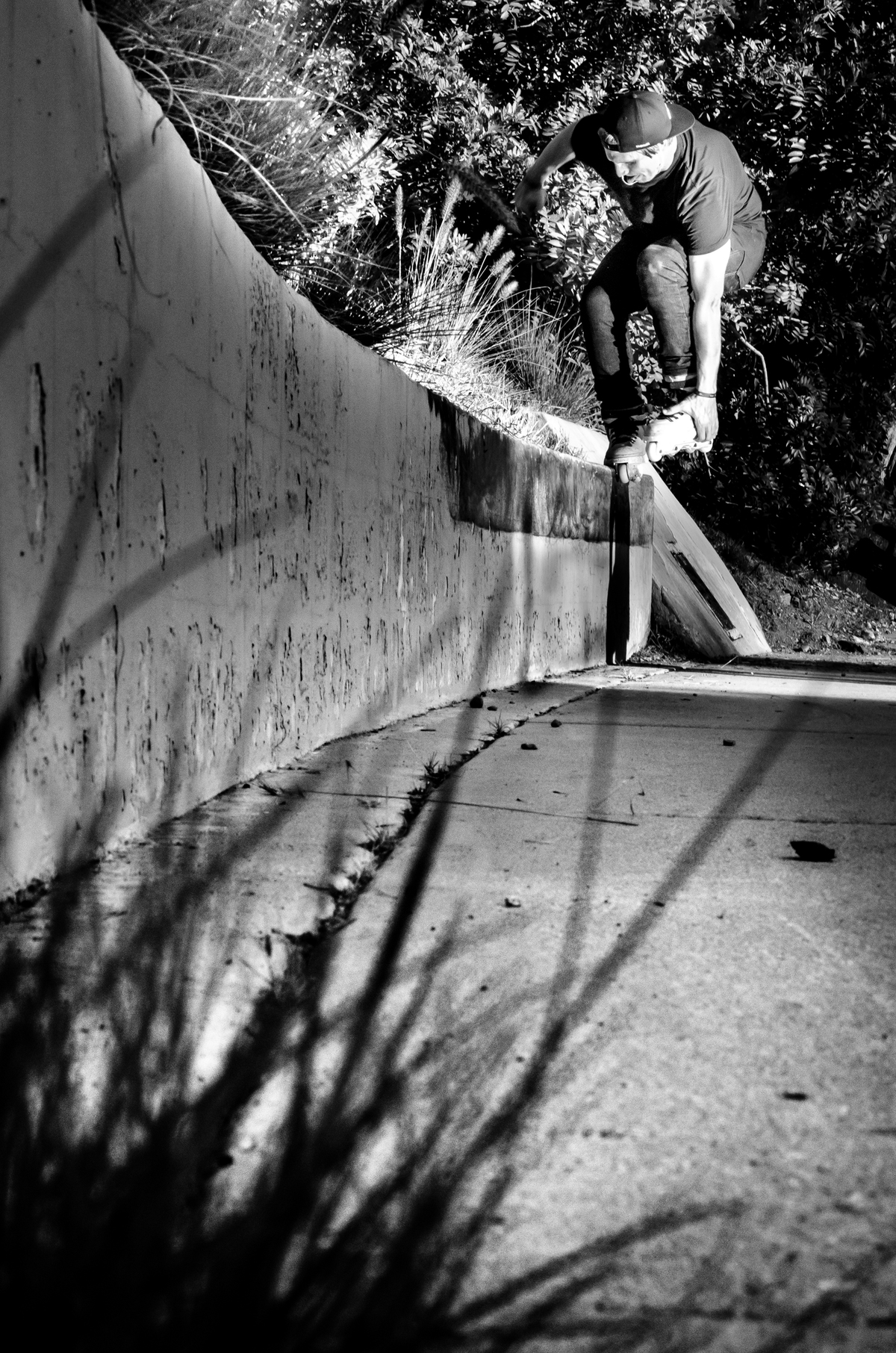 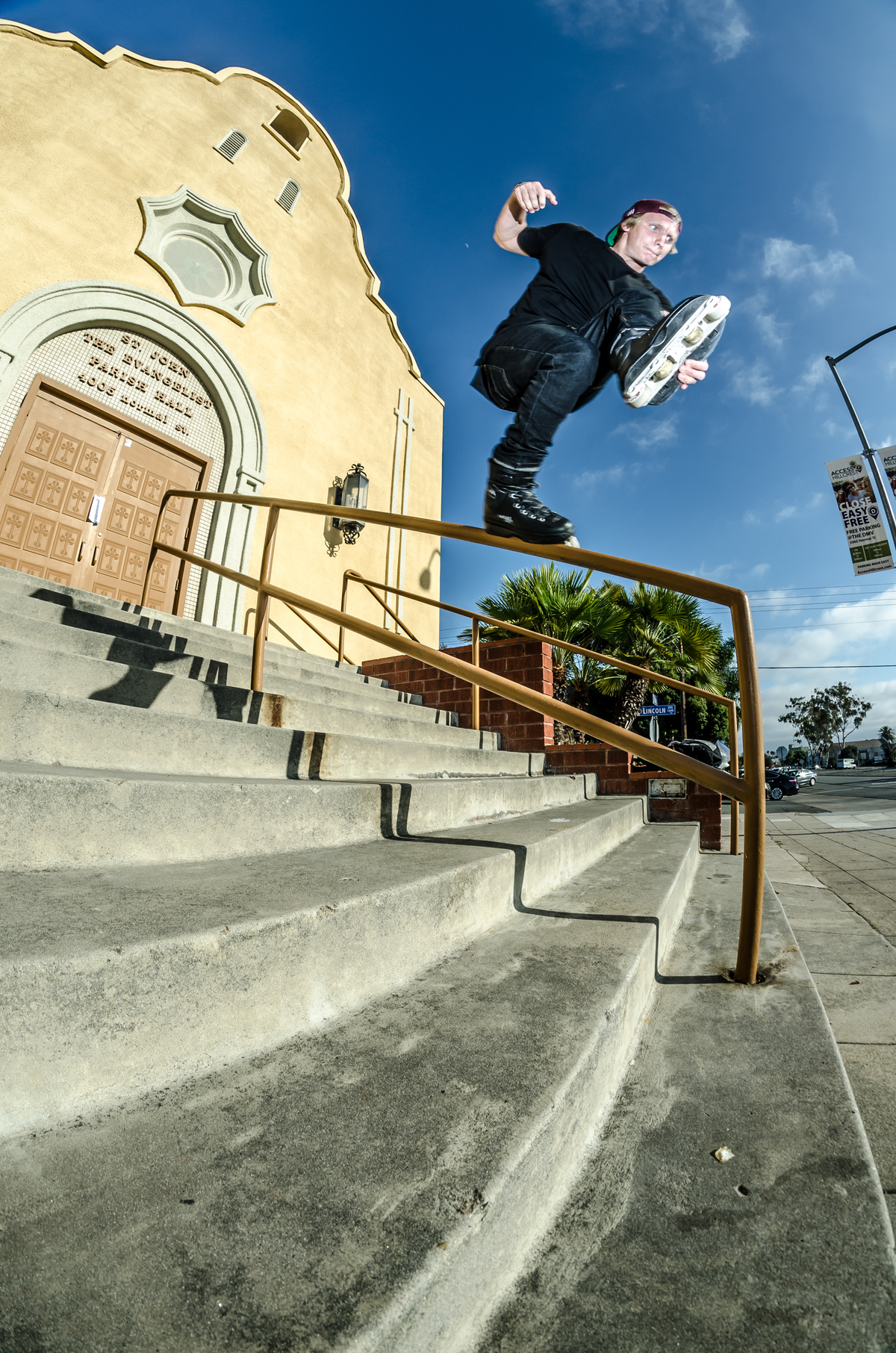