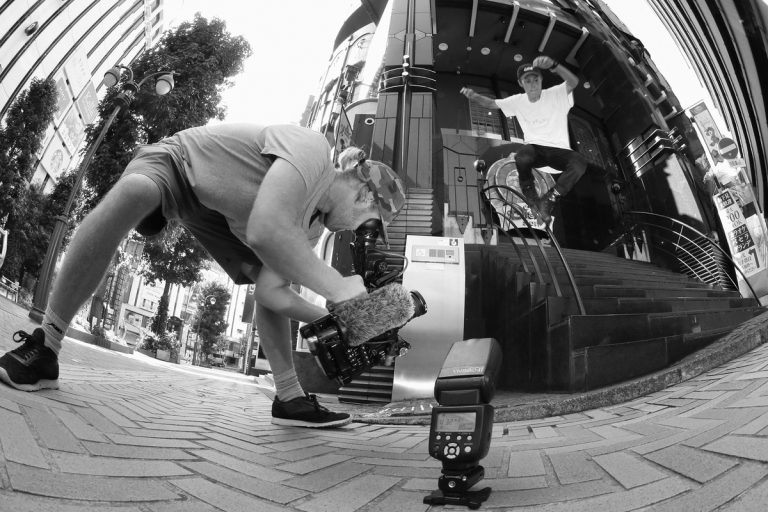 JONAS HANSSON OUTDOES HIMSELF WITH THE GROOVY DEED

With the Be-Mag annual Top 10 awards (ok, there’s more than ten categories) coming up, people are disclosing their conflicts of interest or bias, which you will see when you read the Editor’s picks. So, it only seems appropriate I disclose mine. I think Jonas Hansson is one of the best editors and filmers in rollerblading in the past decade and I am truly a fan of his work. I own all five parts of the Elite Series as well as State of the Art and love watching them.

However, I have kind of lost track of what he was doing, so when the first poster for The Groovy Deed was published, I was pleasantly surprised to see that he was producing another video. It does take a lot of condifence to produce another film with a cast of the heaviest hitters in rollerblading, such as Eugen Enin, Yuto Goto and Soichiro Kanashima, as their skating keeps evolving and you really need to put in extra work to keep up with their innovation. This time, Jonas also included the rising Russian star Kirill Galushko and managed to mix his more rugged style perfectly in with the finnesed and nuanced blading of the rest of the crew.

The end result is quite honestly a masterpiece, which Jonas agreed to tell about in detail below.
https://vimeo.com/302264754

As the last of the Elite Series was published in February this year, Jonas began thinking of another video, this time thoroughly inspired by his countless hours of listening to jazz. He already talked to Eugen Enin about doing something new, and he had been wanting to go back to Japan to visit Soichiro and Yuto, since his last visit to the land of the rising sun was in 2015. Kirill was supposed to have an Elite Series VOD, but as that didn’t realise, he was in for The Groovy Deed.

So shooting for The Groovy Deed began in July with Eugen, Jonas drove from Copenhagen down to Hamburg where he met him and his brother Daniel to start their little tour of Germany where they got most of the shots. As Jonas puts it „Eugen never ceases to amaze“.

Unfortunately, Eugen hurt his ankle on the third day after getting a few moves in, looked like he was out of commission, but they already had filmed a lot before so he was good. 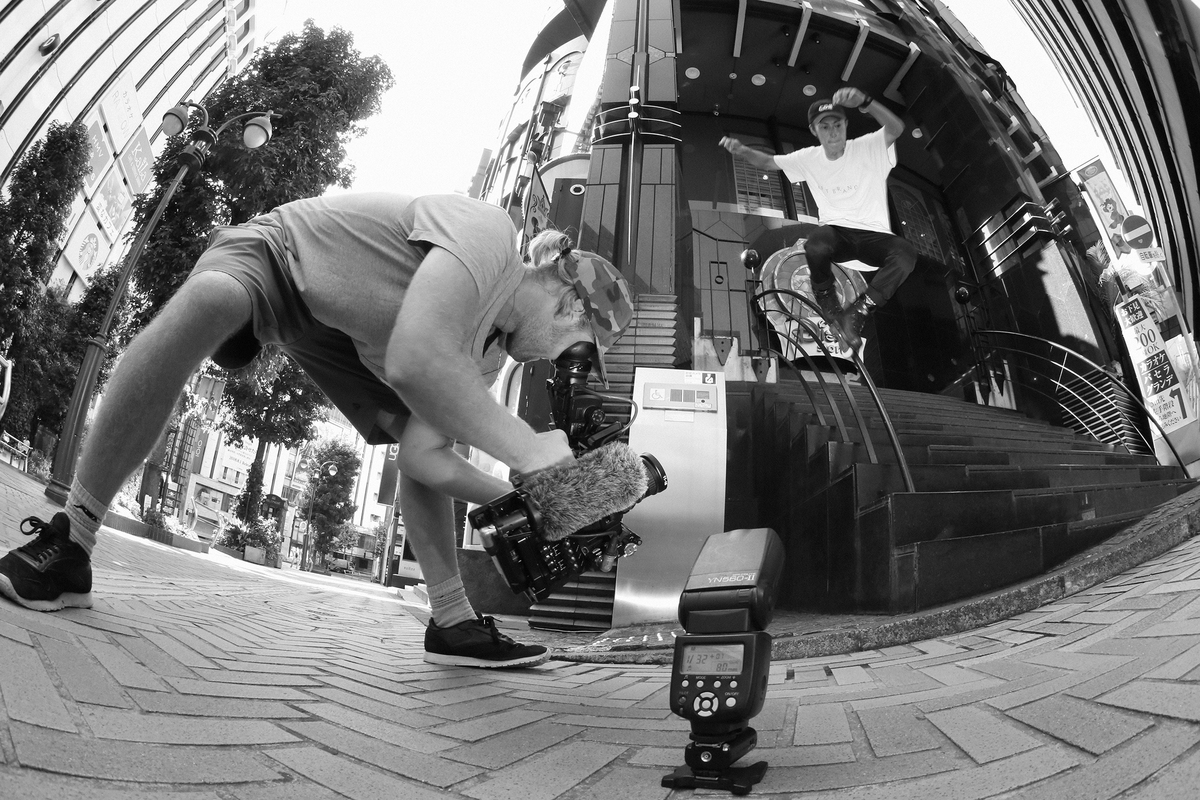 In Tokyo, Jonas met up with Soichiro, who managed to lace up to ten clips a day, which was even a bigger accomplishment considering the rains, as it was the monsoon season. From there Jonas hopped on one these high speed bullet trains called Shinkansen to his and Yuto’s home city of Okayama. Soichiro had to go back to work at his skatepark which he runs with his grandad.

„Since we already shot a lot of footage for SOTA in Okayama, Yuto and I went to the cities of Osaka and Nagoya along with a big crew, scouting out lovely spots while he went all in with his signature style. Another great Japan trip thanks to the lovely people who helped us out“, Jonas recalls.

Next thing, Jonas was already filming with Kirill in Moscow and his home town Sergiyev Posad, about an hour and a half outside the capital with Eugen as part of the crew.

It was his first time going to Russia, and it can be a bit of challenge with the visa and all the paperwork needed for them to allow you into the country, Jonas explains. He decided to pay a travel agency to sort it out for him, as they only had 10 days or so from deciding on a date with Kirill. 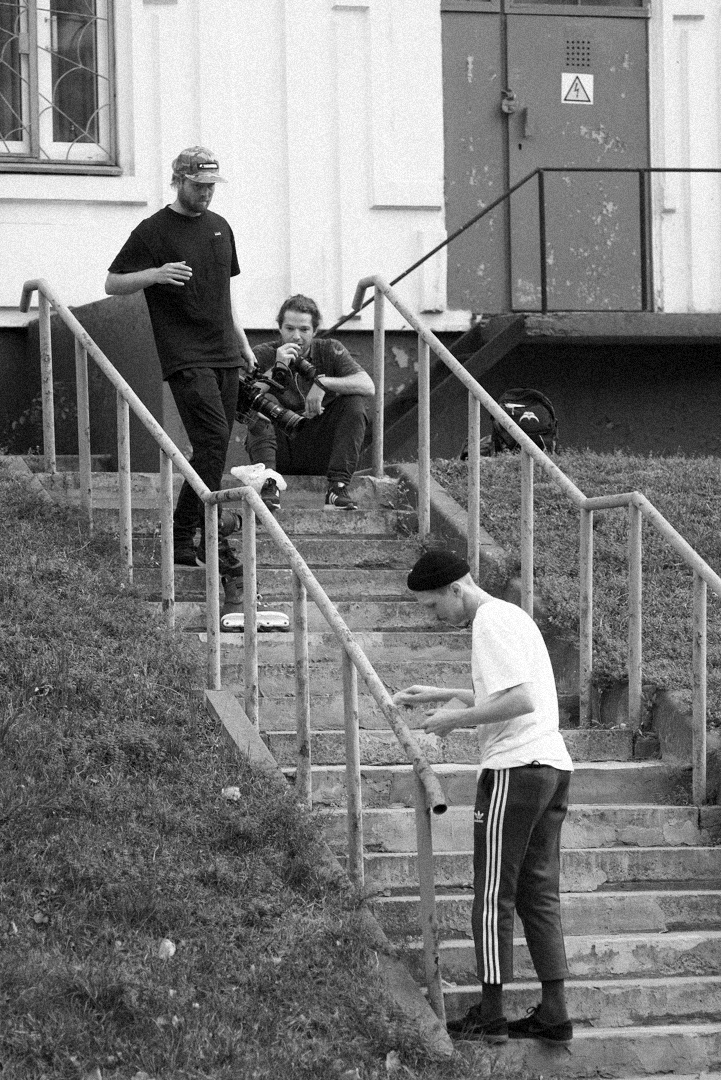 „I was a bit anxious when I arrived in Moscow, the travel agency had warned me that I might be questioned as to why I was bringing all the camera equipment. Luckily I walked straight thru customs with no hassle and met up with Eugen and Kirill“.

After Kirill was done, on the last day Eugen had already sort of healed himself and managed to get one last banger for his part: „I swear he heals up faster than wolverine“, Jonas says.

As Jonas worked personally eith all of them, the logical question was how differently do they work on getting their parts together. „I’d say Kirill is very diligent in his approach, always taking his time to warm up properly and slowly testing out the obstacle until he is fully committed and ready to tackle the trick he’s set his sight on, which makes a lot of sense if you want to prevent injury and be mentally ready. Yuto might be more about the straight attack approach. He just skates like a young man without much hesitation. And I’ve witnessed how relentless he can get in order to get a trick done, like going for the fakie 720 over the staircase in the rain.
Perfect execution every time but he kept slipping out on the wet landing, still managed to finally get it, all the while the rain was still coming down. I think most people would have called it quits. Soichiro is one of those heads you never fear for, you basically never see him fall or look out of his comfort zone. A true master of his craft. Just calm and collected.
What can I say about Eugen, he continues his killing spree. The guy is unstoppable once he get’s juiced. And Eugen is pretty much juiced all the time. He always has new tricks up his sleeve, and I don’t think we’ve seen half of it yet“. 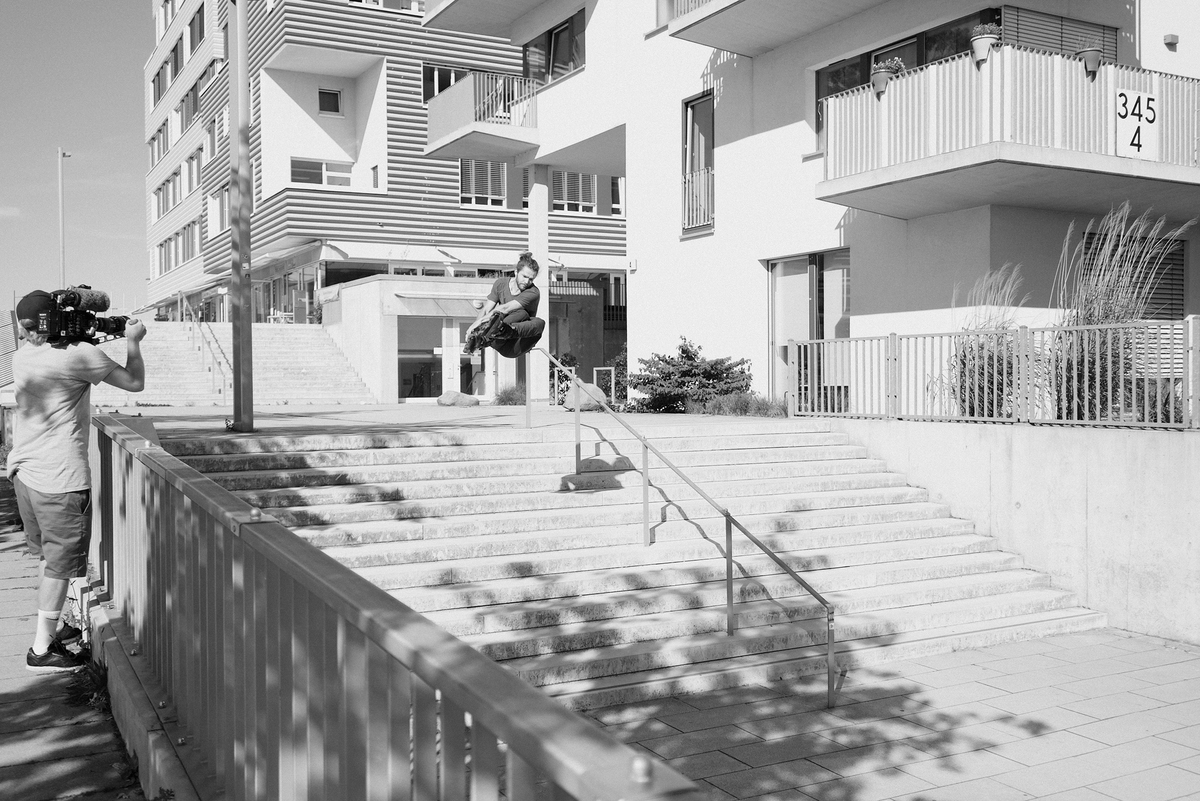 Who is the most laid back and who gets frustrated the most?

Hmm… they’re all pretty laid back guys to be honest which is why I love to work with them.
Don’t think I’ve seen anyone of them get really frustrated, maybe Eugen a tad bit when he got to hyped and injured himself while the camera was off. A couple of days into our Russia trip he fucked up his ankle, it was looking pretty bad and swollen, but he still managed to pull of one last banger with a hurricane back royale on the final day in Moscow.

Jonas’ use of colours, his choices for trick angles and editing style really sets a new standard with The Groovy Deed. He says he wanted to give the whole video a sorta pleasant warm summer feel, as it all was shot in the summer and for 95% of the time we had great weather.

There’s also not a single night clip in it, since SOTA had more of a dark vibe to it and a lot of static shots. So he wanted to go in different direction. As for the style of shooting, all was shot handheld, and he decided to to have some sort of movement, so either zooming or rolling or simply moving the camera at all times in order to give it a fluent organic feel.

„I tried to give each part a slightly different tone in colors, most apparent being Yuto’s more saturated footage“. 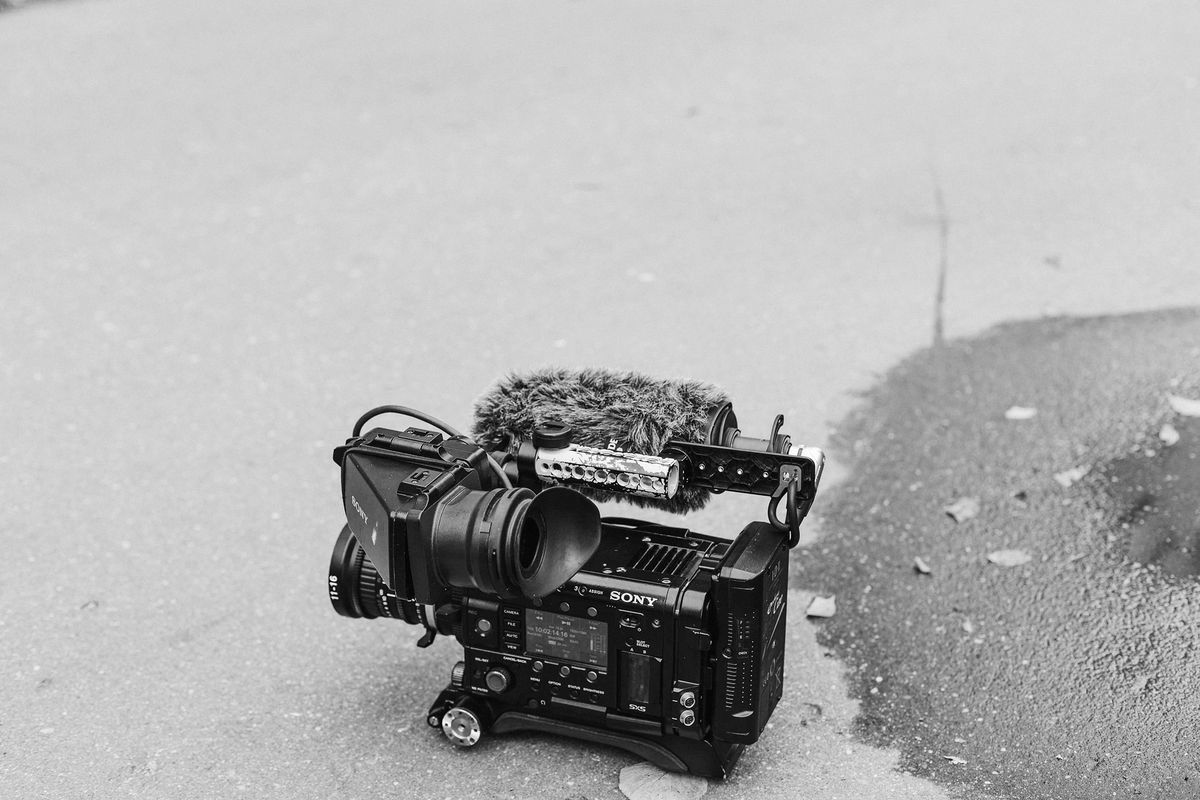 Compared to The Elite Series as his latest work, with TGD he was going for more coherence. „So SOTA had a lot of things going on, like all the little easter eggs, masks and shit… and I had a fun time doing it that way. With The Groovy Deed I wanted to make more of a simple and classic skate video, which hopefully has a positive and uplifting affect on the audience“.

Now onto the song picks, as they, the music and editing in this video, the timing of the tricks and everything are some of the best ever?

My first and main inspiration for the video was Jazz, I wanted to make a heavily Jazz influenced video. But keep it engaging and have some contrast, so I had to find other groovy genres to play with, like more funk and soul oriented music. The editing should hopefully harmonize with these styles. , he explains. 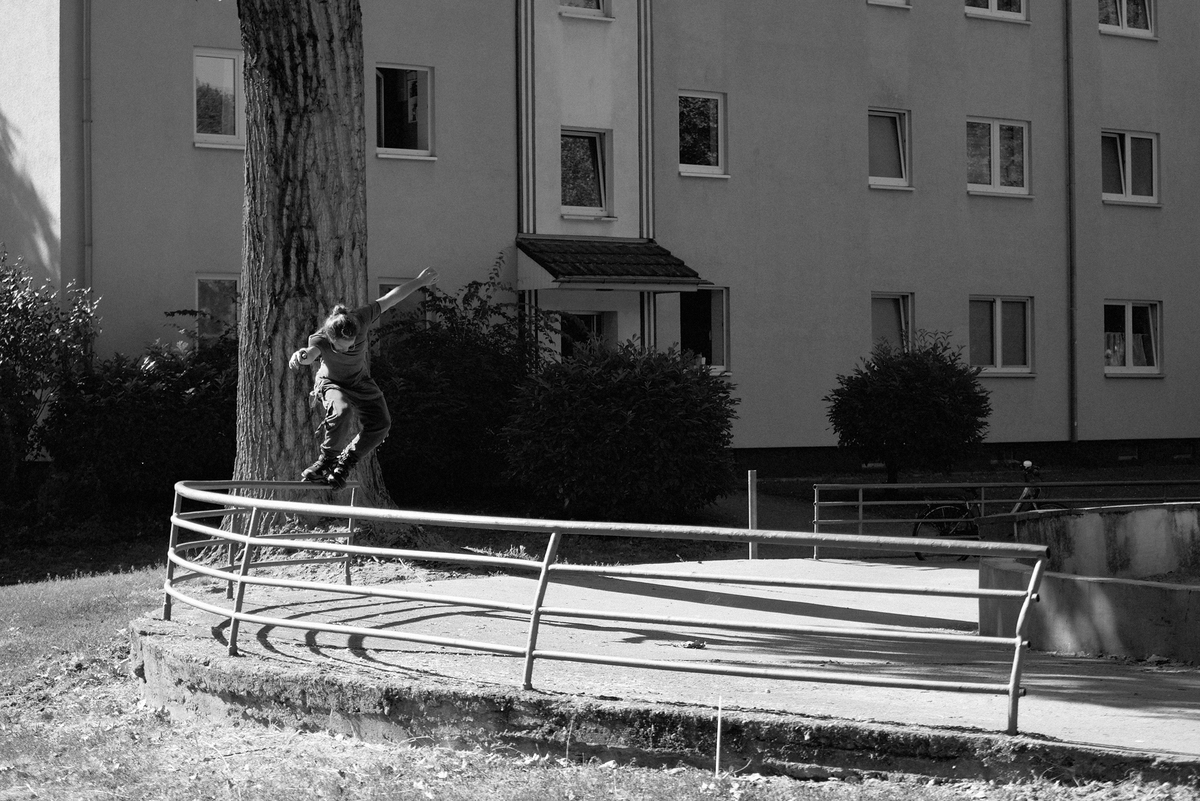 In the case of EE, it might just be the best use of a song in a decade. How did you choose it, was it first the track or the tricks, did you have it in mind before?

Wow, thank you. Like i mentioned before my main inspiration was Jazz, and after a long on going search for the right tracks I found this gem from Japanese Jazz musician Ryo Fukui. I simply fell head over heels for it. I had that track in mind before I started shooting with Eugen, not knowing exactly who I would use it for but that I would love to see it end up in the video.
And so I tested it out for Eugen and stuck with it.

Get The Groovy Deed here. 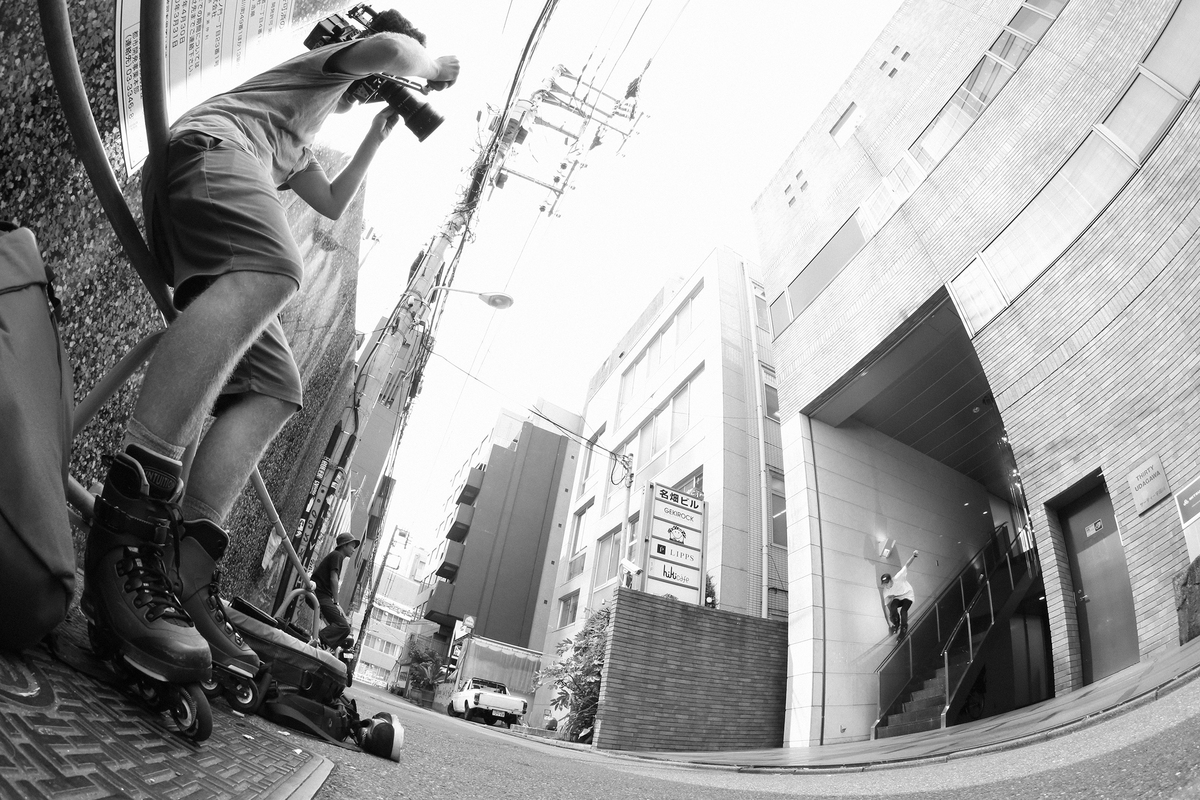 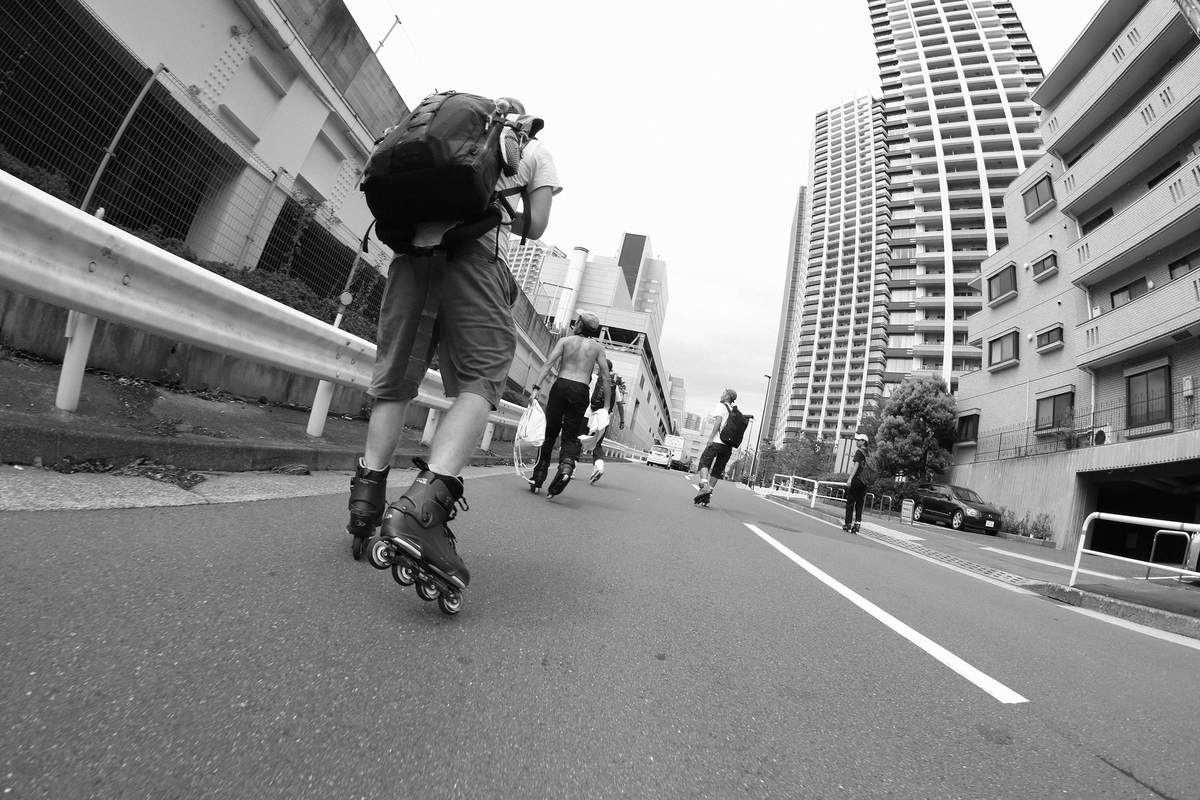 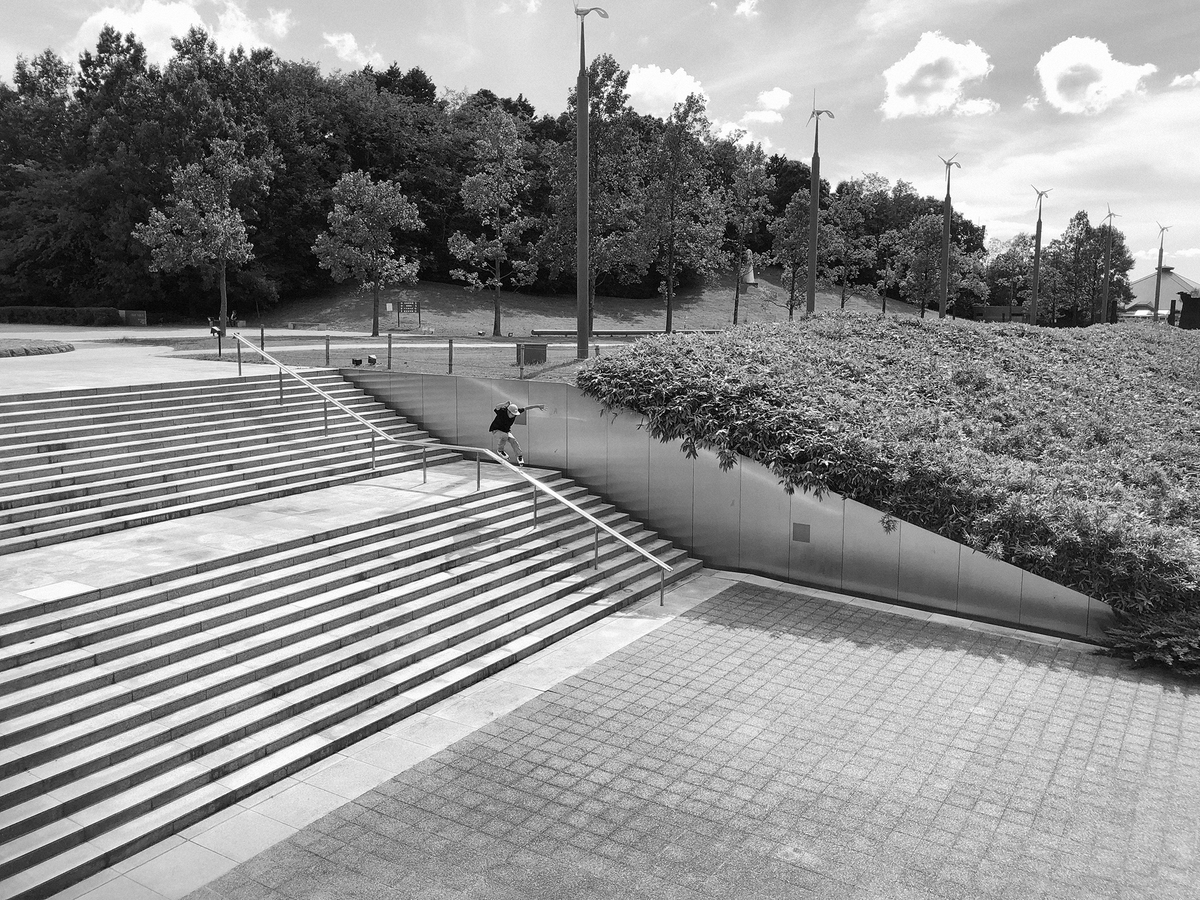